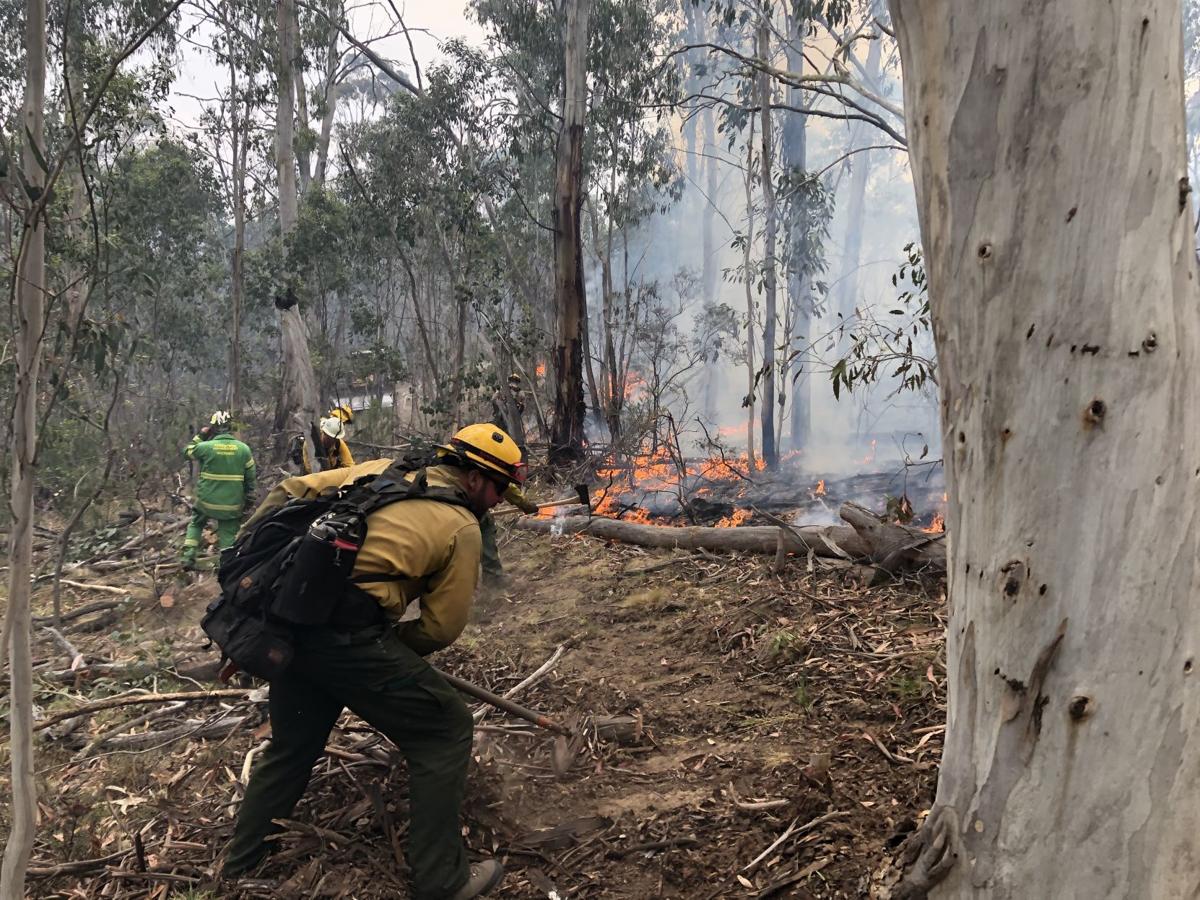 Clay Stephens, a Bureau of Land Management firefighter from Twin Falls, works with a team near the Tambo Complex fire in Victoria, Australia. 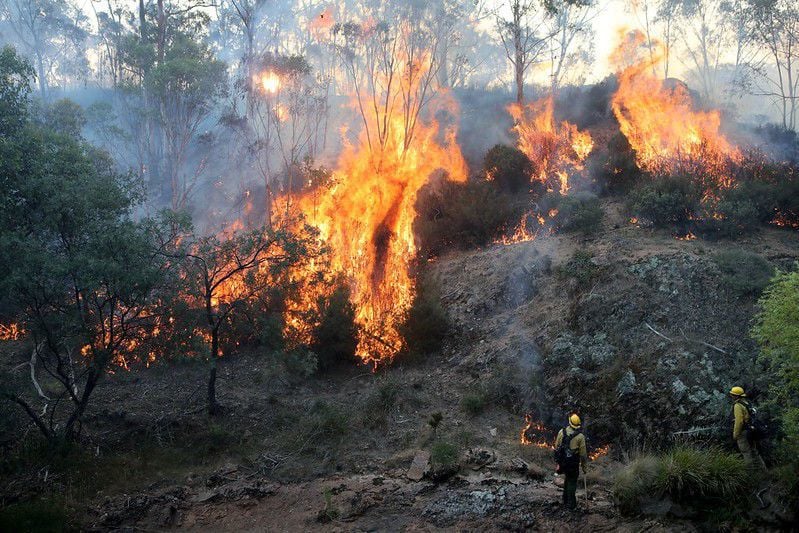 American firefighters near the Tambo Complex fire in Victoria, Australia.

Clay Stephens, a Bureau of Land Management firefighter from Twin Falls, works with a team near the Tambo Complex fire in Victoria, Australia.

American firefighters near the Tambo Complex fire in Victoria, Australia.

The largest fire in American history was most likely the Great Fire of 1910, which burned 3 million acres of forest in northern Idaho and Montana over two days.

Australia’s bushfires have burned 27 million acres of New South Wales and Victoria over the last three months — more than half the entire area of Idaho. The fires are largely under control by this point and the state has done its part by sending firefighters and support to those affected.

The Boise-based National Interagency Fire Center has sent more than 200 firefighters to Australia from agencies including the Bureau of Land Management, Bureau of Indian Affairs and the U.S. Forest Service, and is considering another deployment later this week. Fire Center spokeswoman Carrie Bilbao said Friday that 10 Idahoans were currently in Australia and 20 had already returned home.

Clay Stephens, the safety and training manager for the Bureau of Land Management in Twin Falls, was eager to volunteer. He had been born in Australia while his parents were working at a cattle ranch near the northern city of Darwin but hadn’t returned since he was two years old. He was eager to help out wherever he could while returning to the country.

“When I first got there it was still at the height of the biggest burns. They were losing large amounts of acres, and the fires were going crazy,” Stephens said.

Stephens and the other Americans with him were deployed to the southern state of Victoria to work on the Tambo Complex, a series of fires that were sparked by a lightning strike in November and have since grown to more than a million acres. He joined hundreds of international firefighters at the Swifts Creek Base Camp for the month.

The Australian agencies sent them out to wherever they were most needed in the area, often to increasingly remote areas in two-person fire engines. Stephens said that while wildfires burn the same everywhere, it took some time for him to adapt to the different plants at risk and the sheer size of the fire.

“A lot of the work they had us doing was perimeter control. You get put on an area to break the ground, and I’ve never seen how any of this stuff burned. I had to take things slower until we got used to what we had,” Stephens said.

Two officers from the BLM office in Idaho Falls, Battalion Chief Kris Bruington and Engine Captain Farron Kunkel, were also deployed to the bushfires in Victoria. Both returned to the states last week and will be giving a press conference about their time in Australia on Thursday morning at the local Bureau of Land Management office at 1405 Hollipark Drive.

At least 30 people have been killed by the fires in Australia, including three American firefighters from a private aviation company when their water tanker plane crashed in New South Wales on Jan. 22. Among those killed was Capt. Ian McBeth, a resident of Great Falls and pilot for the Montana Air National Guard.

A torrential rainstorm on Friday extinguished nearly a third of the remaining fires in New South Wales, getting down to 17 uncontained fires in the state. Australian officials told The Guardian on Friday that while the rain was a welcome relief for the fires, areas around Sydney were at risk of flooding as they received more rain than any day in the last three years.

Others in the region provided help in the form of moral support. Victor resident LeAnn Talbot began a pen pal relationship with a young Australian girl named Sue Cook in 1967, when she was an elementary school student in Minnesota. The two wrote to each other for 50 years but didn’t meet in person until recently, when the Cooks traveled to see her in Idaho and the Talbots flew to Australia in January 2019.

“It’s heartbreaking to read the news stories about it, but then you talk to somebody that was there, and it really brings it full force,” Talbot said.

Talbot said she had kept in touch with her friend throughout the fires, which never got too close to their home outside Sydney. Her reassurances came in the form of news stories about firefighters from the United States and other countries coming to the aid of the country over the last month.

Cook told the Post Register via email that she was largely removed from the firsthand effects of the fire apart from the smoke, “a mild inconvenience in relation to the devastation in some areas.”

The Idaho Falls Chukars and the Missoula Paddleheads, another team in the Pioneer League, held raffle fundraisers in early January to raise money for three charities that were helping with Australian fire relief.

The Tambo Complex fire has largely been contained for the last three weeks but Stephens said that he would be ready to go abroad again to help. He said that he was struck by the support he saw from Australians for each other and the crews on the front lines.

“I was humbled by all of their support. It didn’t matter where you were, people honked and waved signs at the trucks. When we got out, there were always people that came up to us and said thank you for your help,” Stephens said.