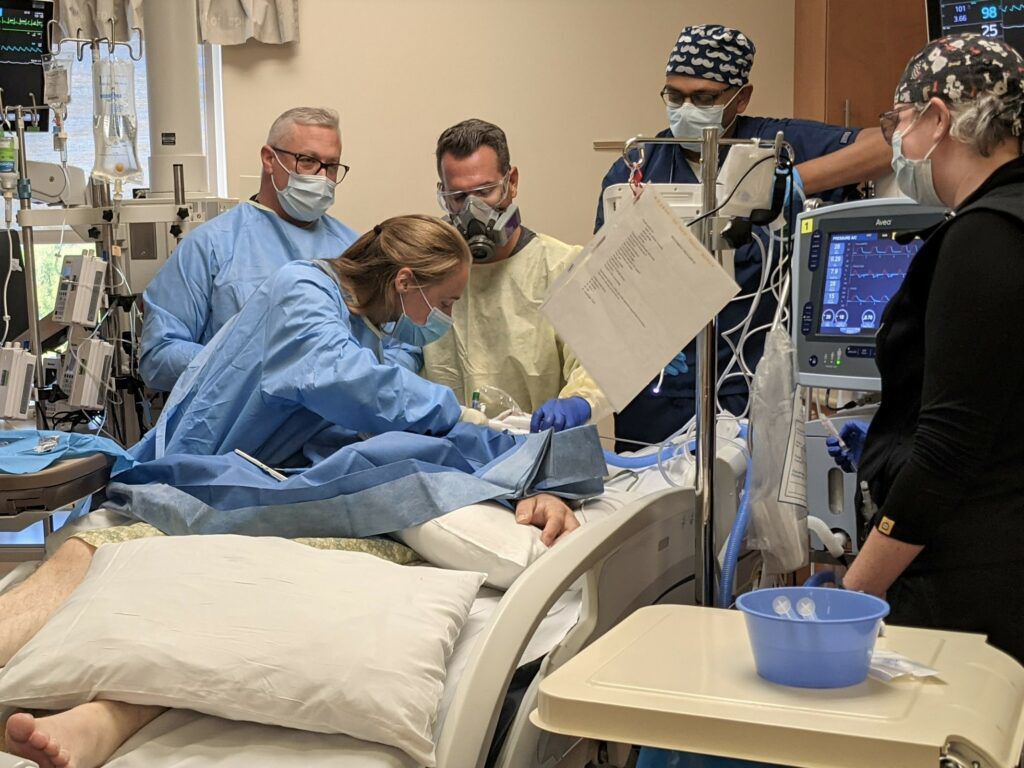 Saint Alphonsus doctors and nurses perform a tracheostomy on an ICU patient who came in with COVID-19 and is now fighting for his life against complications of the disease. The patient was in the hospital for so long, he reached a point of no longer being infectious. 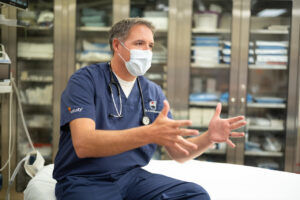 Dr. Andrew Southard describes how the Saint Alphonsus emergency room routinely is overwhelmed with patients sick from COVID-19, in addition to the usual volume they see daily. 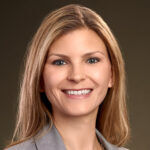 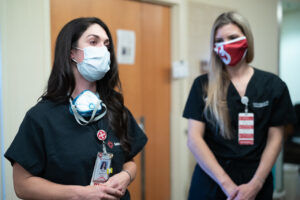 Alicia Luciani, left, a Boise nurse, wishes more of Idaho’s leaders would show a unified front against COVID-19, telling the public what a risk they’re taking with their lives when they don’t follow public health guidance. “That’s not scare tactics. That’s the truth here,” she said. 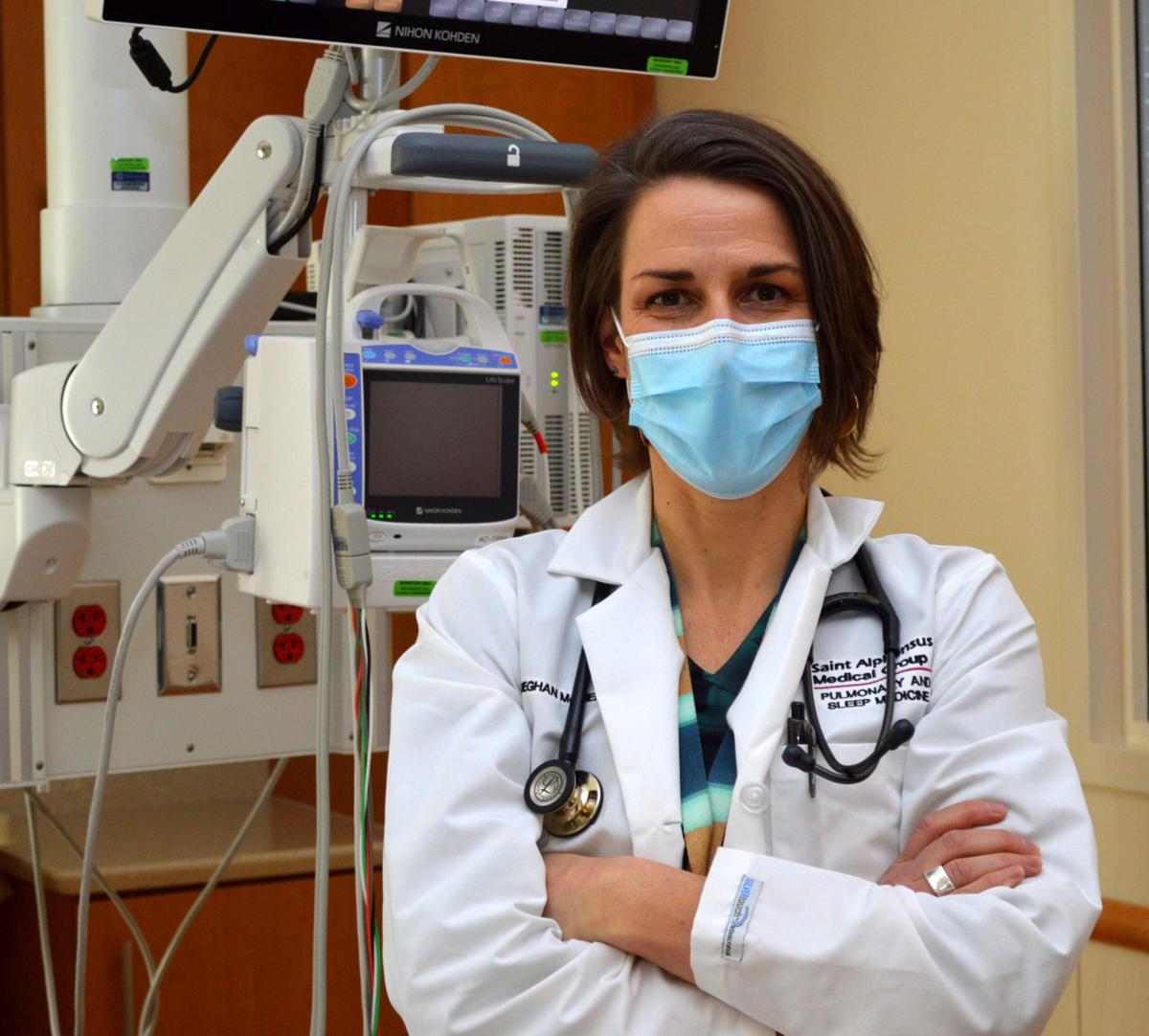 Dr. Meghan McInerney was named ICU medical director at Saint Alphonsus Regional Medical Center in Boise last September. She helped lead the team through an unprecedented surge in critical illness from COVID-19, and now they’re working through it again. This time, it’s worse.

There’s a 33-year-old man hospitalized in what used to be a cardiac ICU. Just like most of the other patients on this floor, he has COVID-19. He’s on his belly, unconscious, covered by a sheet. There is a breathing tube down his throat, and tubes in other places to drain bad fluids and deliver good ones.

On Thursday, Sept. 16, he’s one of 180 people in Idaho ICUs fighting the disease.

Doctors and nurses are trying to keep each critically ill patient in a delicate limbo between alive and dead. They’re doing everything in their power to keep their bodies going, on the off chance that COVID-19 — and the hurricane of organ damage it unleashes — will stop before their hearts do.

Across the hall is a patient whose face is covered by a plastic oxygen mask. Their room is dark and silent, except for a ventilator that makes a “hisssss, hisssss, hisssss” sound as it forces oxygen into their lungs.

On the other end of the ICU, medical providers are gathered around a patient. They are opening his neck with a scalpel and putting a hole in his throat, so they can hook him up to a ventilator through his trachea. It has been so long since he first got sick with COVID-19 and ended up in the hospital — so long, he’s not infectious anymore. But the virus left his body in bad shape, and he hasn’t recovered. If he survives this hospitalization, the tracheostomy will leave a permanent scar outside his body; the inside of his body will be scarred much worse.

The patients were in a Boise hospital on one of the darkest days in Idaho’s history, when Idaho Department of Health and Welfare Director Dave Jeppesen made the call to activate “crisis standards of care” for the entire state.

There were nearly 700 people hospitalized with the coronavirus disease in Idaho at the time. Six hospitals were already at a crisis point in staffing, and two more anticipated a crisis-level staffing shortage within the week.

The morning of the announcement, the Idaho Capital Sun arrived at Saint Alphonsus Regional Medical Center in Boise to report on what was happening in the emergency department, a COVID-19 medical unit and two intensive care units.

‘We all trained for disasters’

It was quiet at 10 a.m. in the emergency department of the region’s only major trauma center. The ER had about 30 beds, with two in a hallway.

Most of those beds were open and ready to take all comers.

There were 24 patients by 10:43 a.m. When the department’s chief physician checked the board two minutes later, there were 28.

The coronavirus isn’t the only reason people go to the ER. They come in with ailments and injuries of all sorts. But the COVID-19 patients are especially sick. Even 18 months into the pandemic, there’s no miracle cure to give them — just a vaccine that almost none of them chose to get but many wish they had, doctors and nurses said.

“Yesterday or the day before, there was someone who was diagnosed with COVID as an outpatient, who was getting worse, came (to the hospital) and walked in and coded in the lobby,” said Emergency Medical Director Dr. Andrew Southard.

With the surge in COVID-19 illness taking up so many beds, it’s not unusual for the ER to become a grim kind of hotel, where patients wait to be admitted to a medical or ICU bed.

“In normal times, it would be extremely rare that I would come down to see a patient the next day in the emergency department,” said Dr. Britani Hill, a trauma surgeon in the Saint Alphonsus ER. “It has been on a regular basis that we have patients that are boarding down here, that we are rounding on them. We have patients that are actually (being discharged) from the emergency department, where they’ve stayed here for two days, and they never did get a bed upstairs.”

The ER is active and loud by 11 a.m. A couple of patients are wheeled in on gurneys. Alarms sound, warning that patients might be in trouble: heart rate too fast; heart rate too slow.

“At the end of the day, in emergency medicine, we want to take care of sick people, provide for the community, we want to save as many lives as we can,” Southard said. “So we all trained for disasters. Most (of us were) never a part of them.”

That’s what happens when a highly contagious virus is given almost free rein in a state where half the population is unprotected by vaccines.

When a patient with COVID-19 is too sick to go home from the emergency room, they go upstairs, to the fifth floor. That’s where Dr. Carolyn McFarlane and her team of hospital physicians and nurses work around the clock to help patients recover.

“It’s quiet, until it’s not quiet,” McFarlane said. “And the issue is, when you have multiple patients crashing simultaneously, that’s when you really notice the heat start to turn up.”

The doctors and nurses in the COVID-19 medical unit have been working with patients — almost entirely unvaccinated ones — for months. They have asked people to get vaccinated for months.

McFarlane says the “crisis standards” announcement came as no surprise. But when she got the news, she felt “defeated,” she said. “I feel like we broke the system. In many ways. That our community, unfortunately, I think, wasn’t hearing the messages of health care providers for weeks and weeks.”

Alicia Luciani is a registered nurse who, like McFarlane, is beyond frustrated by the people and ideological groups who spread bogus information about COVID-19 — keeping Idahoans from getting vaccinated and pushing them toward useless products instead of early medical care.

Luciani said she personally thinks many Idaho leaders aren’t delivering a strong and consistent message to the public about COVID-19.

“A lot of us say all the time, ‘I wish I could wear a camera,’ just so people could see what I’m seeing on a daily basis,” she said. “It’s really hard to hold up iPads for family members, massive amounts of family members, to say goodbye to their loved one.”

Luciani said she couldn’t think of the saddest moment she’s experienced as a nurse in this pandemic. “It’s so much,” she said, in tears. “The moments are countless.”

Luciani and McFarlane both said many of the patients coming in now are in their 30s to 50s. These patients have children.

It has begun to feel like a battlefield with mass casualties — and, in a way, it is, McFarlane said. “Just a little slower rolling.”

The final battlefield of the hospital: The intensive care unit

When someone ends up in the ICU, it’s because things aren’t going well. Their organs may be shutting down. Their lungs may have turned from healthy and supple, to calloused and scarred — too thick for oxygen to get through.

That’s why almost all the patients in the ICUs at Saint Alphonsus were on mechanical ventilation Thursday afternoon. Their lungs weren’t doing the job anymore.

Lungs are made up of air sacks that are “kind of like bubble wrap,” Dr. Meghan McInerney said. “They’re individual pockets of air, but they’re connected, right? And then, around those pockets of air, the blood vessels — that’s how you get oxygen into the body. And so what happens with COVID is that it causes so much inflammation in those spaces, and inflammation in both lungs. And then over time, if it gets bad enough, the inflammation just overwhelms the lungs. … When that inflammation keeps going, and going and going, it turns into scar, and the lungs become stiff.”

The virus — and an unvaccinated body’s reaction to it — go on to ravage everything from the lungs, to the heart, to the brain, to the kidneys and more.

As McInerney was walking into the ICU on Thursday, a group of health care workers walked up to her. They had a tablet. They were about to intubate a middle-aged man, and they were loading up a Zoom call so he could talk with his family.

His physician gave him a 50-50 chance of survival — without a ventilator, his chance was zero.

The man was typical of the fourth surge demographic. He was in his 50s and didn’t think he was high risk for COVID-19, so he didn’t get vaccinated.

“When I told him he’s gonna have to be intubated, he almost kind of had this, like, surprised look on his face that he was getting that sick,” said Dr. Wesley Pidcock.

The man had what may be his last conversation with his family over a Zoom call. That happens multiple times a day, doctors and nurses said.

“It’s hard to be here all day long and see this … and then you go to, like, Whole Foods, or you go to the store, and you walk in there, and you’re the only one wearing a mask, right?” he said. “No one really realizes what actually happens here.”