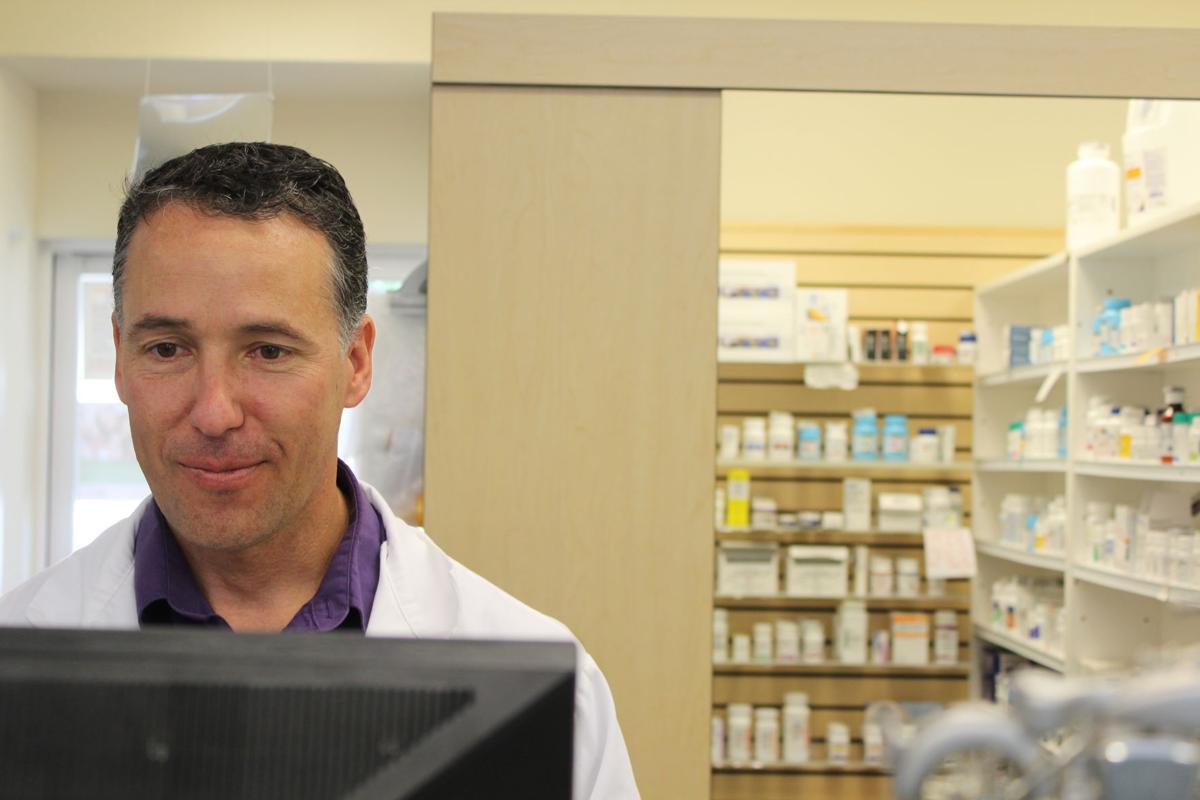 Travis Walthall, pharmacist and manager at Custom RX Pharmacy in Kuna, is seen in this August 2017 photo. 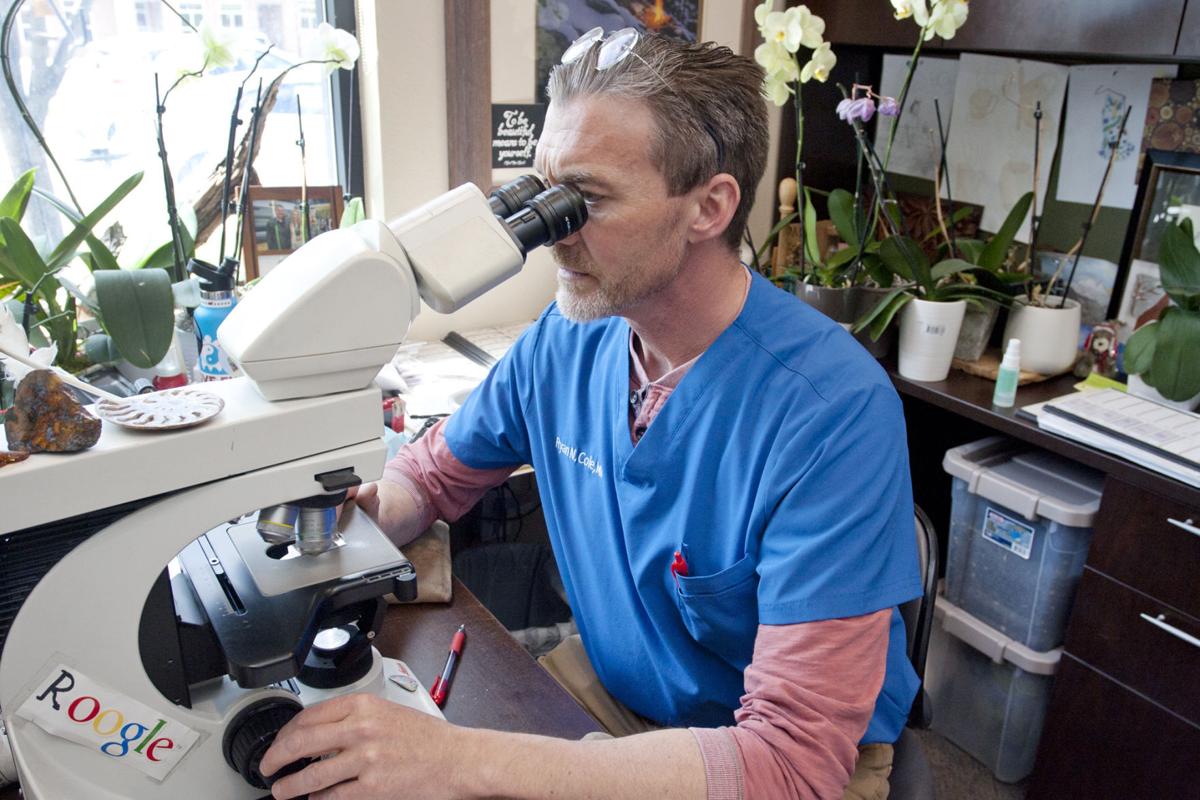 Dr. Ryan Cole looks at a sample slide under a microscope in his office at Cole Diagnostics in Boise on April 23, 2020. 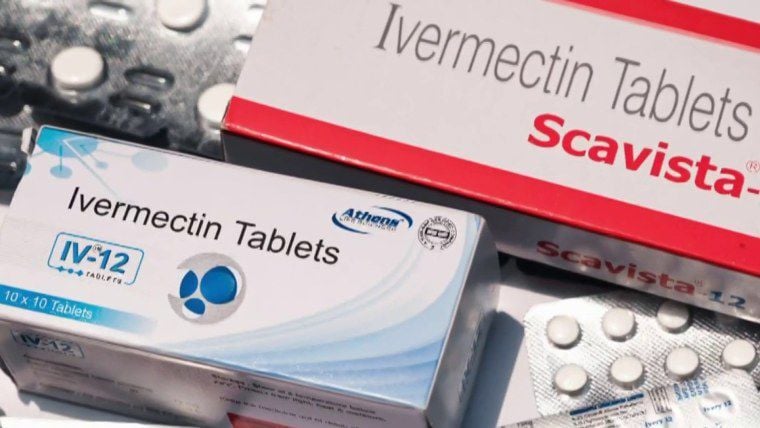 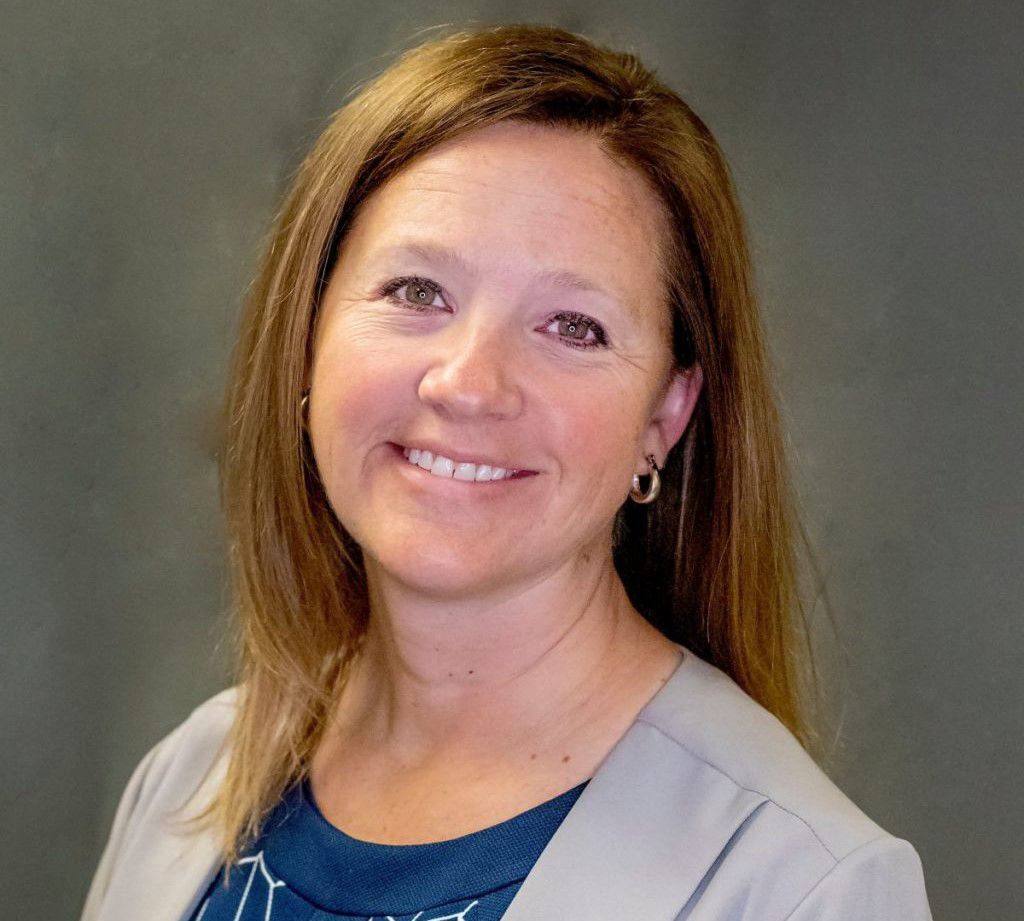 Travis Walthall, pharmacist and manager at Custom RX Pharmacy in Kuna, is seen in this August 2017 photo.

Dr. Ryan Cole looks at a sample slide under a microscope in his office at Cole Diagnostics in Boise on April 23, 2020.

BOISE — Since the U.S. Centers for Disease Control issued an official health advisory Aug. 26 against using ivermectin, an anti-parasite drug, to prevent or treat COVID-19, Idaho has seen warnings from officials, but no new rules about prescribing or using the controversial drug.

However, a nationwide shortage of the drug over the past two weeks has stopped many Treasure Valley pharmacies from filling invermectin prescriptions at all. “We haven’t been able to buy any ivermectin for a couple of weeks,” Travis Walthall, pharmacist and manager of Custom RX Pharmacy in Kuna, said Friday. “So we have not filled one in weeks or more.”

Walthall said prior to the COVID-19 pandemic, he filled maybe one ivermectin prescription a year. By mid-August, his pharmacy was filling four or five a week.

“You’ll find some that believe in ivermectin and are filling those prescriptions, and you’ll find some that are not,” said Nicki Chopski, executive director of the state Board of Pharmacy. She said the board has taken no position on the use of the drug, which isn’t among drugs it tracks because it’s not a controlled substance. Instead, it’s a “legend drug,” which means it’s available by prescription.

Ivermectin is a drug used to treat parasites in animals in formulations such as pour-on, paste and “sheep drench,” and to treat parasitic infections in humans caused by roundworms, including some serious tropical diseases.

The two doctors who developed ivermectin received the Nobel Prize for Medicine in 2015, sharing it with the developer of an anti-malaria drug. The Nobel committee wrote, “The importance of ivermectin for improving the health and well-being of millions of individuals with River Blindness and Lymphatic Filariasis, primarily in the poorest regions of the world, is immeasurable.”

It was not developed to treat viruses.

“For humans, ivermectin tablets are approved at very specific doses to treat some parasitic worms, and there are topical (on the skin) formulations for head lice and skin conditions like rosacea,” the FDA reported in an article headlined, “Why you should not use ivermectin to treat or prevent COVID-19.”

“There’s a lot of misinformation around,” the FDA article says, “and you may have heard that it’s OK to take large doses of ivermectin. It is not OK.”

The drug is widely used around the world, and numerous studies are under way to examine its antiviral properties and potential for combatting COVID-19. However, none have found proof it works, according to the FDA.

The “Together Trial,” a major international trial involving more than 1,400 patients led by McMaster University in Ontario, Canada tested eight different drugs for use against COVID-19, including ivermectin and hydroxychloroquine. It concluded in August that just one of the eight, fluvoxamine, “had a positive effect on COVID-19.”

Last week, Chopski said, she received an angry email from someone accusing the state pharmacy board of “preventing the filling of these prescriptions when this illness can be prevented and people are dying.” The board has done no such thing, she said.

Chopski, who served on the board for 12 years before becoming its director, said, “I think pharmacists, the expectation is that they will review the literature, they will look at all the valid studies that are available, all the information that’s out there, and use their best clinical judgment to make a decision.”

When the Associated Press toured the intensive care unit at St. Luke’s Regional Medical Center in Boise two weeks ago, patients there included a man in his 50s who tried ivermectin and refused standard medical treatment for severe COVID-19 until he became so sick he needed to be hospitalized.

The CDC’s advisory urges patients to “be aware that currently, ivermectin has not been proven as a way to prevent or treat COVID-19;” to avoid swallowing ivermectin products that are meant to be used on skin, such as lotions or creams for treating head lice; to avoid taking veterinary forms of the drug, which may have doses high enough to be toxic to humans; and to get vaccinated against COVID-19.

“COVID-19 vaccination is approved by the FDA and is the safest and most effective way to prevent getting sick and protect against severe disease and death from SARS-COV-2, the virus that causes COVID-19, including the Delta variant,” the CDC advisory said.

The CDC health advisory said prescriptions for ivermectin in the U.S. increased from 3,600 per week before the COVID-19 pandemic to 39,000 in January, then began rising again in July, hitting a peak of more than 88,000 in the week ending Aug. 13.

Idaho’s regional poison control center, which covers Nebraska, Idaho, Wyoming, the Federated States of Micronesia and American Samoa, has had 32 ivermectin exposure calls due to “intentional consumption related to COVID-19” since January of 2020. Angie Pasho, education coordinator for the Nebraska Regional Poison Center, said 13 of those came from Idaho, with most of them coming in just since April 1 of this year.

“Ivermectin is not authorized or approved by FDA for prevention or treatment of COVID-19,” the CDC advisory said, noting that studies done to date have found “insufficient data” to recommend its use.

Dr. Ryan Cole, a Boise pathologist and the newest member of the Central District Health board, is a major champion of ivermectin for COVID-19 prevention and treatment, and said during a “Capitol Clarity” forum sponsored by Lt. Gov. Janice McGeachin and the Idaho Freedom Foundation in March that he believed he’d saved 42 lives in two months by prescribing it.

“I know a handful of brave physicians that are prescribing it,” Cole said at the March forum. “It is a phenomenal medication.”

Cole also railed against the COVID19 vaccines at the forum; a lengthy article published by FactCheck.org found his contentions “baseless,” including his claim that the government was trying to suppress the use of ivermectin so it could “vend their vaccine.”

Cole claimed, “If there’s a treatment for a disease, the federal government cannot approve a vaccine, by law, by rule.” There’s no such law or rule, according to FactCheck.org. Common examples of diseases for which there are both approved treatments and vaccines include the flu and chicken pox.

Cole, who did not respond to multiple requests for comment for this story, continued to tout ivermectin as a COVID treatment in an interview aired online by the “Idaho Dispatch” website on Sept. 1, saying it’s “a very safe medication” that’s “being demonized just like hydroxychloroquine was last year, because there are people that don’t want COVID to be successfully treated.”

Cole also said he’d had COVID-19 himself three weeks earlier, and had taken the drug.

On Sept. 1, the American Medical Association and two national pharmacists groups said in a statement, “We are alarmed by reports that outpatient prescribing for and dispensing of ivermectin have increased 24-fold since before the pandemic and increased exponentially over the past few months. As such, we are calling for an immediate end to the prescribing, dispensing, and use of ivermectin for the prevention and treatment of COVID-19 outside of a clinical trial.”

“In addition, we are urging physicians, pharmacists, and other prescribers—trusted health care professionals in their communities—to warn patients against the use of ivermectin outside of FDA-approved indications and guidance, whether intended for use in humans or animals, as well as purchasing ivermectin from online stores,” the groups said. “Veterinary forms of this medication are highly concentrated for large animals and pose a significant toxicity risk for humans.” All three groups, the statement said, “strongly oppose the ordering, prescribing, or dispensing of ivermectin to prevent or treat COVID-19 outside of a clinical trial.”

The Idaho Board of Pharmacy has posted on its website, under “Hot Topics,” a notice about an Aug. 30 FDA letter to veterinarians and retailers asking for assistance in informing consumers that they shouldn’t use veterinary formulations of ivermectin for human use.

“Taking these drugs has made some people very sick,” the notice says. “Treating human medical conditions with veterinary drugs can be very dangerous.”

Cole, in his lectures and interviews, has said he, too, advises strongly against human use of veterinary medicine. “Of course nobody should take that,” he said in the Sept. 1 interview, but said, “It’s an exceedingly safe medication when given appropriately.”

Dr. David Pate, the former CEO of St. Luke’s and a member of the state’s coronavirus task force, fielded a question on Boise State Public Radio’s “Idaho Matters” program last week from a caller asking whether the government was suppressing studies of ivermectin because it would be cheaper than other treatments for COVID-19.

“In fact, there’s been many investigations into ivermectin and some studies were done even by the maker of ivermectin, and they have said it is not effective to prevent COVID, it is not effective to treat COVID,” Pate responded. “The FDA has reviewed the studies and said the same thing. And so, no, it’s not a matter that for some reason we wouldn’t want to do studies because it would be cheaper.”

Pate added, “When you hear these things, just ask yourself: Does this make sense? Does it make sense that the government wouldn’t want a less costly way to prevent this pandemic, when the government pays for a lot of the care? Wouldn’t you want something less costly? So we need to be very suspicious of these things that we hear.”

For poisoning emergencies or questions about exposure to ivermectin or other substances, call the Nebraska Regional Poison Center, the regional poison center that covers Idaho, toll-free at 800-222-1222, or TTY 855-300-6651