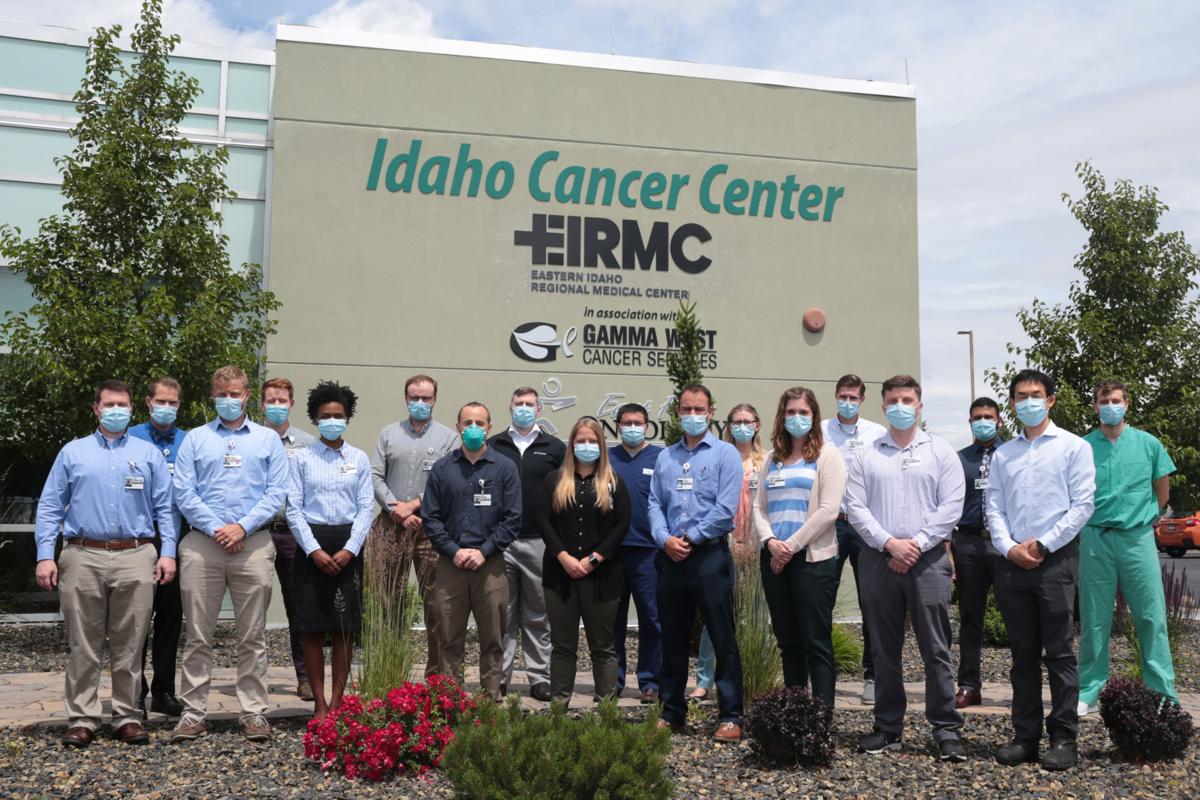 Medical students from the graduating class of 2023 pose for a group picture at the Idaho Cancer Center on June 29, 2020. 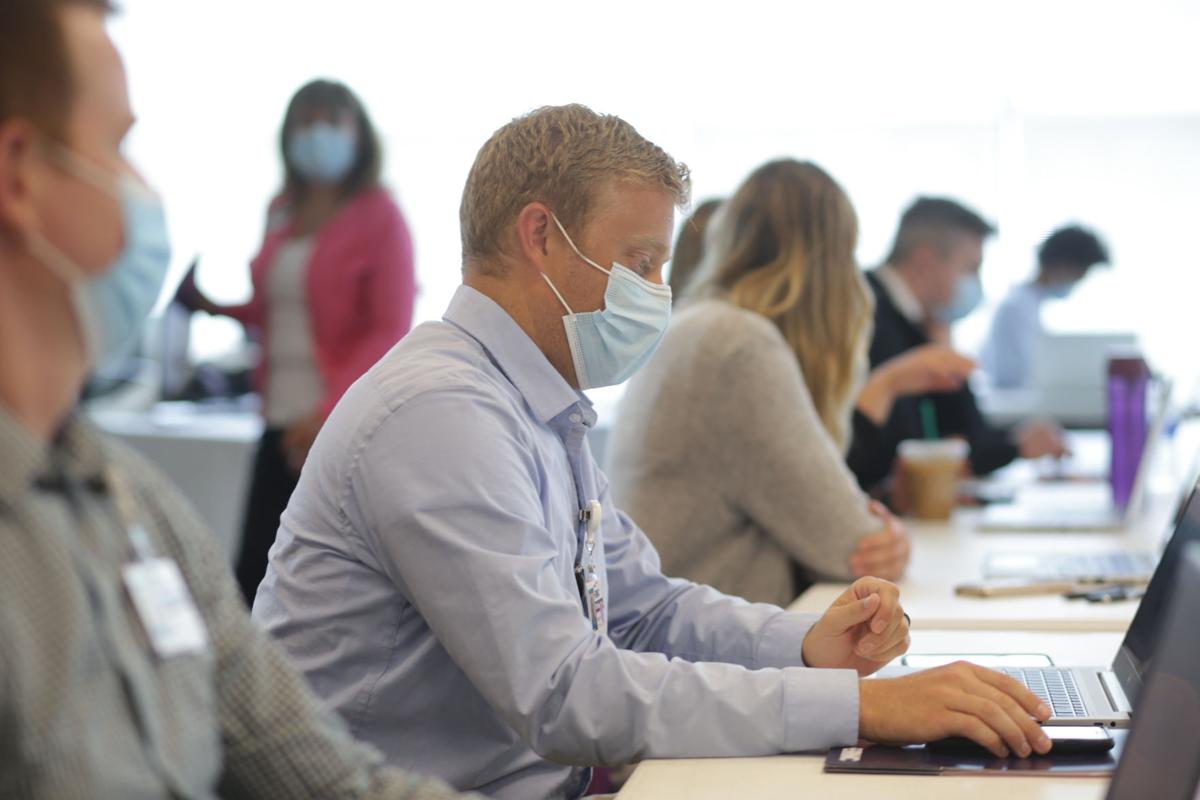 Dr. Shay Beck waits for classes to start at the Idaho Cancer Center on June 29, 2020. 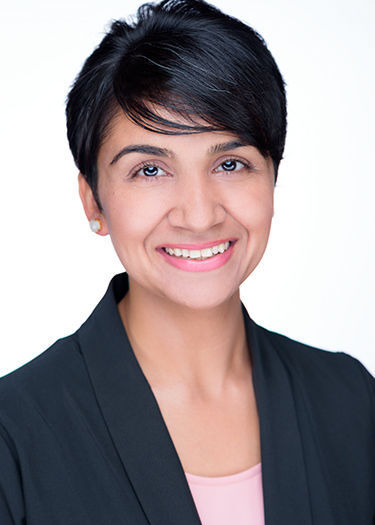 Dr. Reema Singh is in her third ear of an internal medicine residency at Eastern Idaho Regional Medical Center.

Medical students from the graduating class of 2023 pose for a group picture at the Idaho Cancer Center on June 29, 2020.

Dr. Shay Beck waits for classes to start at the Idaho Cancer Center on June 29, 2020.

Dr. Reema Singh is in her third ear of an internal medicine residency at Eastern Idaho Regional Medical Center.

Dr. Reema Singh is set on staying in and caring for patients in Idaho.

It’s her third-year training as an internal medicine resident at Eastern Idaho Regional Medical Center in Idaho Falls, where she sees mostly older, retirement-age patients in the hospital’s clinic, emergency room and other facilities.

Ever since she took a course in medical school that showed how older people had difficulty accessing health care, and how not having access to insurance influences health outcomes, she’s been drawn to geriatric care.

"The sooner we're able to get our senior population out of the hospital, the higher chance they're gonna be able to go home and do the sorts of things they were doing," Singh said.

Eventually, she’ll look for a fellowship program to train more and hone in on new geriatric care practices. But more immediately, she’s hoping that when she completes her residency next summer, she’ll be able to find a job here and keep treating patients in Idaho, which has long ranked as having one of the most drastic shortages of doctors, primary care physicians and psychiatrists in the country.

As Singh gears up for the last year of her residency, eastern and southeastern Idaho is welcoming a round of more than a dozen new residents whose positions aim to fill gaps, including in rural parts of the state. Their training is partially funded by a state program to expand medical residencies in Idaho — which statistics indicate translates into more doctors staying in the states where they've trained.

According to Ted Epperly, director of the state's Graduate Medical Education Committee, nearly half to three-quarters of medical residents stay and work near where they train.

Epperly’s draft report to the Idaho Legislature, which he shared with the Post Register earlier this week, shows that Idaho has taken big steps in expanding medical residencies. Since 2017, when Idaho created a 10-year plan to expand graduate medical education, it’s added three more residency programs, going from nine to 12, and has brought in 61 new residents — bringing the total to 195.

Those efforts have helped move the mark on two national ranks that Idaho’s continually sat near almost the bottom of.

“Having graduate education programs are like sprinklers,” Epperly said. “They are the sprinklers that sprinkle doctors out into a community.”

The economic hardship brought by the pandemic means funding for this state program, and others, is up in the air. Next fiscal year, Epperly said the graduate education committee is set to request just shy of $2.2 million, but he said “I’m not holding my breath that we’ll see all of” that.

Though the pandemic has hit state revenue and presented more funding problems for the program, Epperly said he’s optimistic. Last year, for instance, the graduate education committee didn’t get all the money it requested, so “we’ve had to be pretty flexible,” he said. But one thing isn’t flexible, he said. “We need this.”

As Singh enters her third year in EIRMC’s class of internal medicine residents, so do nine others. In 2021, the hospital is set to graduate its first class of 10. If five of those 10 stay around here to practice medicine, Coleen Niemann, marketing director for EIRMC, said that “would be a win.”

This year, the hospital brought in another class of internal residents, putting the total participation at 29 since the program's inception. The hospital also this year welcomed six residents into its new family medicine practice, which is also a three-year training program. By July 2022, EIRMC plans to have 18 residents in that program.

“From a perspective for eastern Idaho and Idaho in general, we’re really focused on the terminology we use is recruit, train and retain,” said Daniel Byrd, who manages EIRMC’s graduate medical education program.

“You can’t recruit doctors overnight,” he said. “We’re working on it today for a better future tomorrow.”

EIRMC is looking to continue expanding its efforts in the future. Byrd said next year, the hospital hopes to start a four-year psychiatric residency program that would bring in four residents each year.

That’s among five potential programs that the state Graduate Medical Education Committee plans to request funding for next legislative session, according to Epperly’s draft report to the Legislature.

Idaho State University has had a family medicine residency for more than two decades. Each year, the program can bring in seven medical residents for a three-year program. But, for the first time this year, it sent one additional resident to work in clinics and hospitals Rexburg.

That’s part of the university’s new Rural Training Track for its residency program.

Dr. A.J. Weinhold, who directs ISU’s new rural training track, is also a graduate of ISU’s medical residency program. She came back to teach at ISU three years ago, after she practiced medicine in rural California for five-and-a-half years.

While family medicine already requires doctors to care for many medical issues, she said being a rural doctor requires an even wider skill set. When she was practicing as a rural doctor, she'd often be hesitant to refer a patient to a specialist because that could mean they'd drive an hour to each appointment.

“If I could deal with it myself, that would be a better situation,” Weinhold said.

Dr. Bill Woodhouse, who has taught for years in ISU's medical residency program, was a doctor in a rural Wyoming town. He said it's a demanding but rewarding job where "you're often faced with things that you're not an expert in, but" that you "do the best you can.

"In a small town, everyone knows you're the doctor," he said.

From Utah to Idaho

This year also marks the start of a psychiatric residency program at the University of Utah in Salt Lake City that will, in two years, place training psychiatrists in Pocatello to work in southeastern Idaho.

After the residents train in Salt Lake City for their first two years, they'll practice in Pocatello between different facilities, including Portneuf Medical Center and the Veterans Affairs clinic in Pocatello.

"Our hope is that they find something they love and stay in the area," said Dr. Elizabeth Botts, who directs training for University of Utah's Idaho Rural Track for psychiatric residencies. The program is a collaboration between U of U and ISU.

Dr. Douglas Gray, vice chair of psychiatry education at University of Utah, said residents in the program will be expected to treat a range of issues, just as he did earlier in his career.

"You practice much more broadly and you maintain a broader array of skills," he said.

Botts said U of U was able to get three of its top four picks for residents in this program. All three, she said, have ties to southeastern and eastern Idaho — either by having family here, being from the area, or having served a mission for The Church of Latter-day Saints in the area.

"We didn't want to necessarily bring in folks from across the country to take any position that's available," she said. Instead, "we wanted to find folks who were truly interested in Idaho."

Epperly said that, consistently, "the gaps and the hurdles" for Idaho's effort to expand medical residencies "have been financing."

"You've got to make it up with however your funding and resources work," Epperly said.

If the state can't fund as much as the Graduate Medical Education Committee would like, Epperly said the 10-year plan could be lengthened to a 15-year plan.

"I don't have a printing press to make more money, and they have to make priorities for all the things they have to do," Woodhouse said. "But it's moving. Progress is being made."