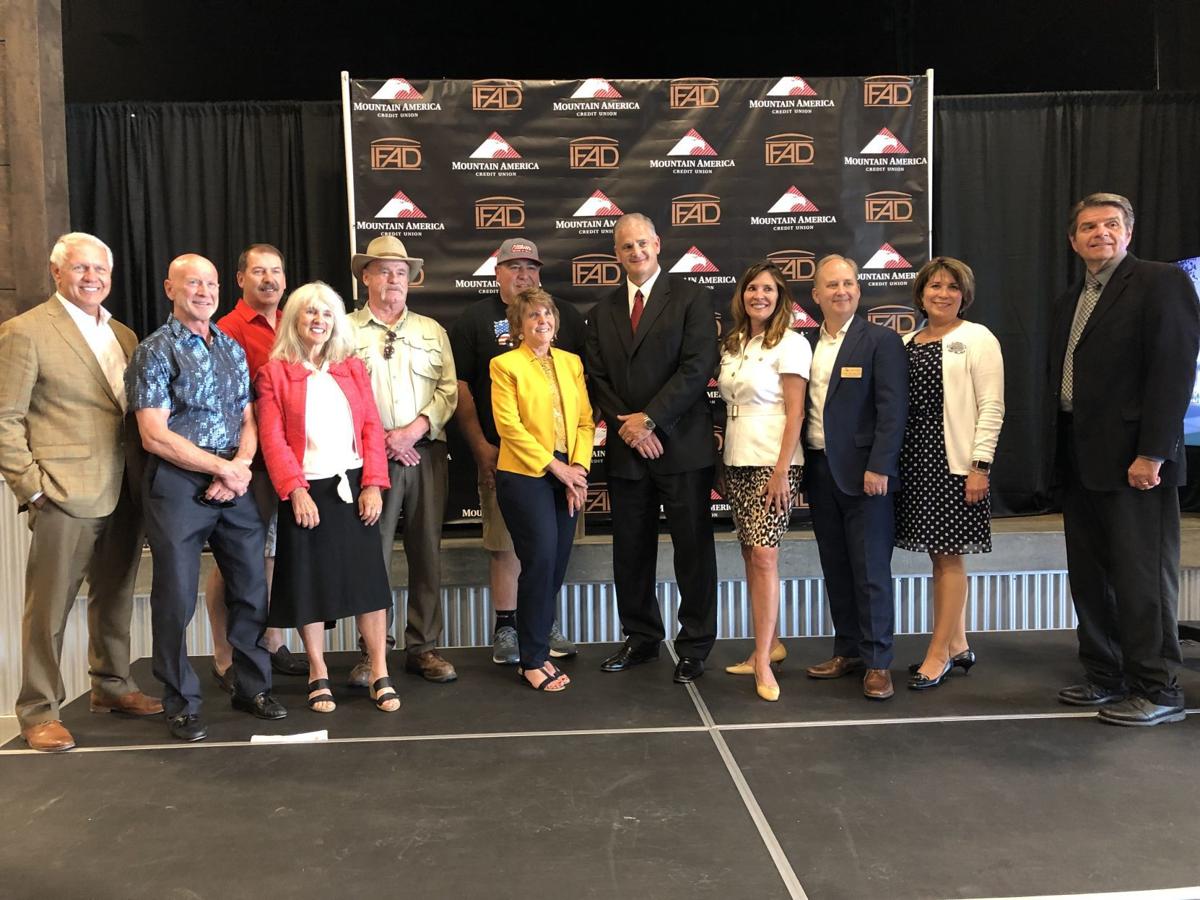 Members of the Idaho Falls Auditorium District Board of Directors, business partners and politicians pose for a photo at a Tuesday news conference, announcing that Mountain America Credit Union purchased naming rights to the planned Idaho Falls Event Center. 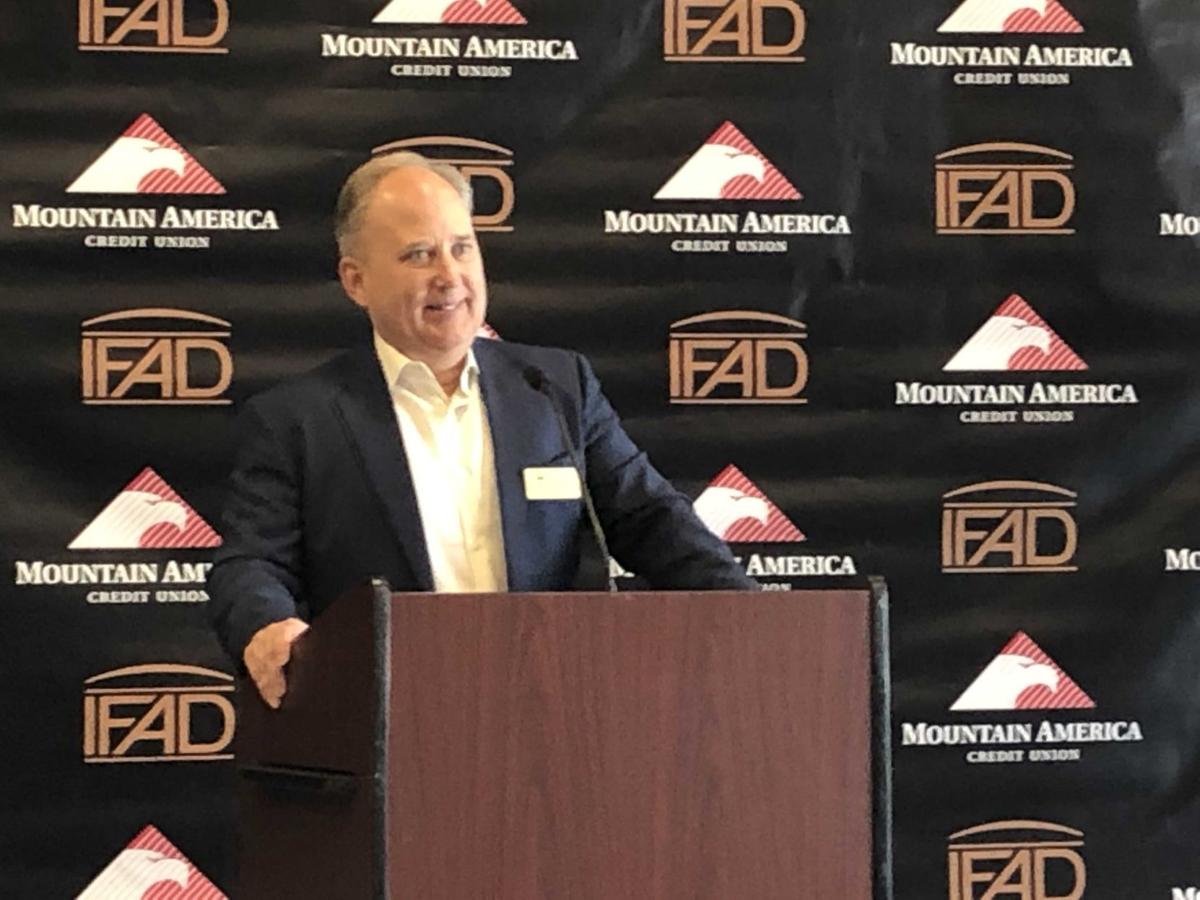 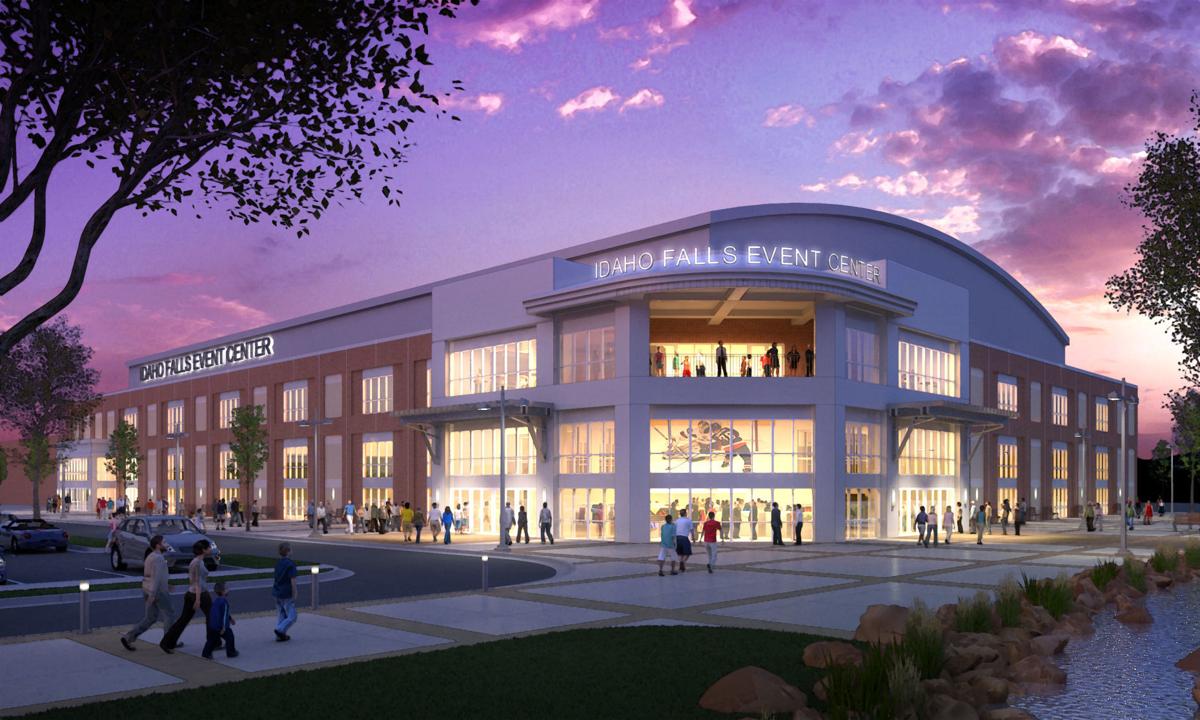 The Idaho Falls Event Center finally has a name.

Idaho Falls Auditorium District officials announced Tuesday at a news conference that the district has sold the naming rights of the planned event center to Mountain America Credit Union.

The Sandy, Utah-based, federally chartered credit union purchased the primary naming rights for $4.5 million. The business has more than 840,000 members throughout five states and boasts $9 billion in assets. It operates 15 branches in Idaho.

The proposed event center will be called the Mountain America Center.

“We’re so excited to be a part of this great facility,” Nielsen said at the news conference. “We’re excited to see the doors open in a short period of time.”

The partnership is the first major donation the Idaho Falls Auditorium District has received since its inception in 2011.

“It’s extremely important,” said Rob Spear, the Idaho Falls Auditorium District’s recently appointed executive director, in an interview with the Post Register. “I think there has been this promise made to the community back in 2011 that has continued to be delayed. Today, this gift provided us some momentum to reach out and secure other important donations in order for us to break ground.”

Mountain America Credit Union branding will be visible throughout the facility, including prominent signage on the interior and exterior of the building and a marquee sign along Interstate-15.

It’s not the first time the credit union has purchased naming rights to such a venue. Mountain America Performing Arts Centre in Sandy, Utah, carries the company namesake, as well.

“We try to be involved in the communities everywhere we go,” Nielson told the Post Register. “It’s very important to us.”

Nielsen said his company has been in talks with the Idaho Falls Auditorium District for about two months. The district’s fundraising campaign has been ongoing for eight years.

Nielsen said Mountain America feels groundbreaking on the event center will happen soon, and that’s why his company jumped on board.

“We see they’re getting closer and close enough to where we feel it’s going to happen now,” he said. “It needs to happen now. If we can help out by being that burst of excitement to help get the financing in, let’s do it. We’re willing to put our neck out there to make sure it happens.”

While the $4.5 million is a significant milestone on the way to completing the event center project, the fundraising isn’t done. The district will need to raise an additional $5.5 million to meet its $10 million private fundraising goal, which comprises 16 percent of the total cost.

The remaining funding will come from a transient room tax (19 percent), of which $12 million has been collected to date, and certificates of participation (65 percent), a lease financing tool that will allow the district to sell shares of the event center’s lease revenues. The total cost of the project is estimated at $62 million.

As of the end of May, the district had $11.7 million in assets, including more than $10 million in its accounts. That figure did not include Mountain America’s purchase of the naming rights.

“I’d be silly to put a timeline on it,” he said. “But we do have a sense of urgency to get this thing done.”