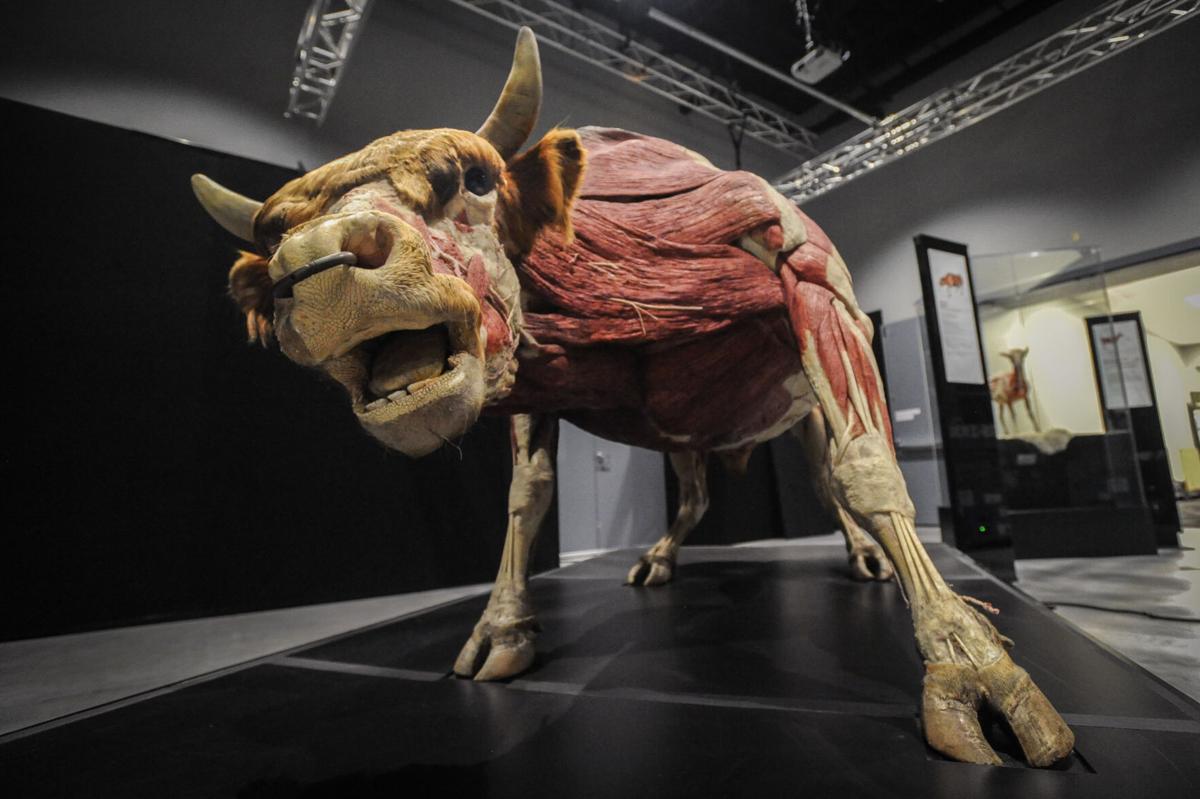 A bull showing its muscular system is seen at the Museum of Idaho on Wednesday, Jan. 20, 2021. 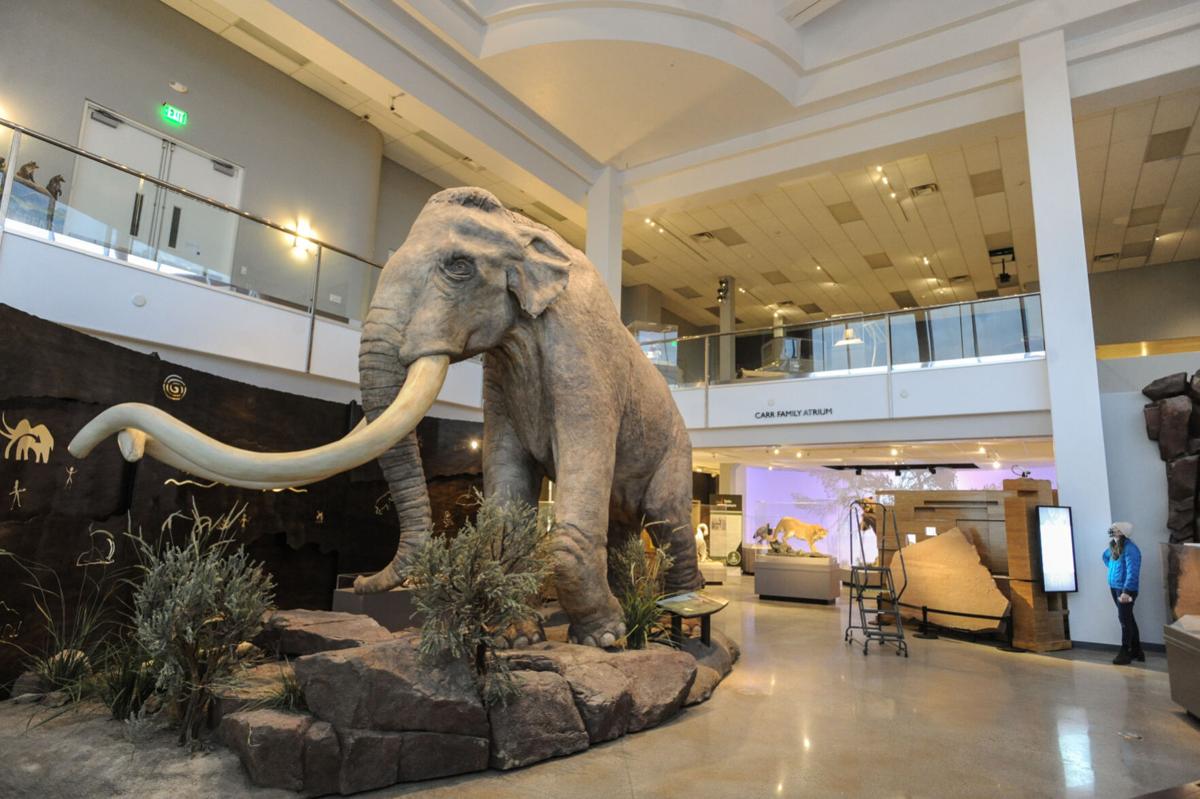 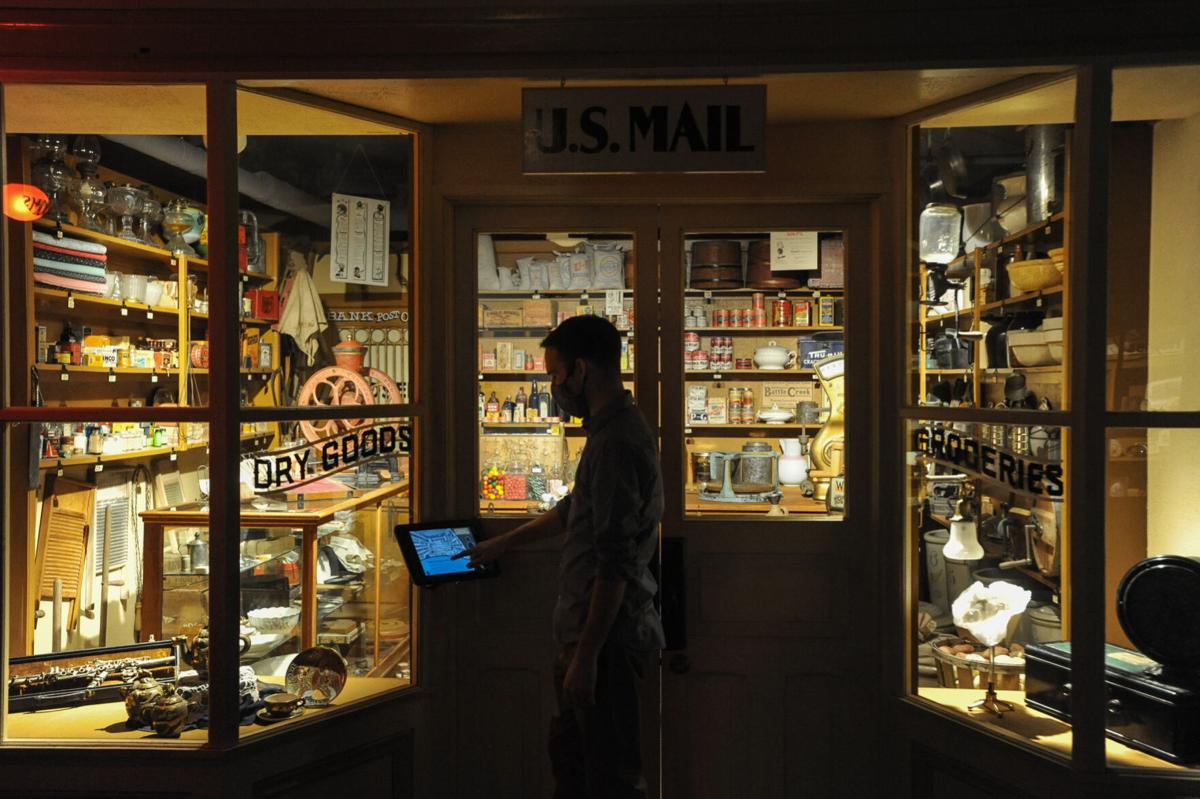 Museum spokesman Jeff Carr shows off the interactive screens in the Eagle Rock exhibit at the Museum of Idaho on Wednesday, Jan. 20, 2021. The screens allow visitors to learn more about the items in the display. 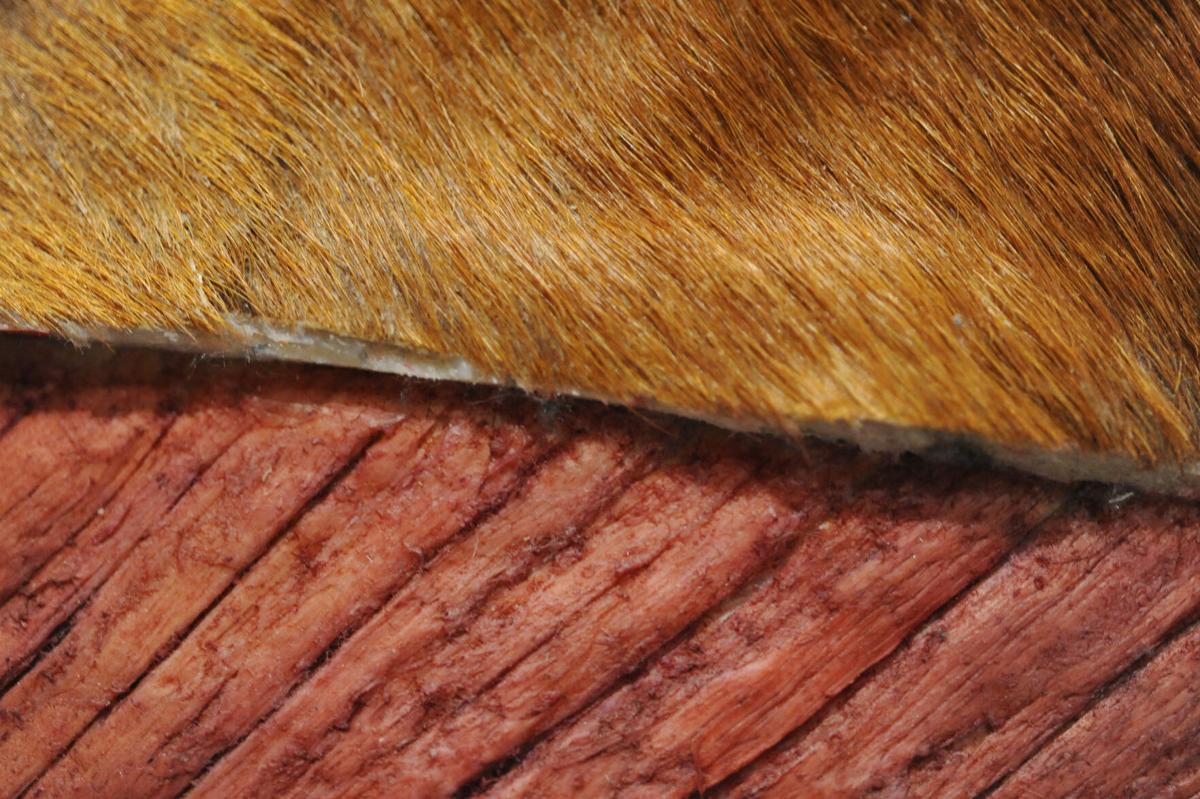 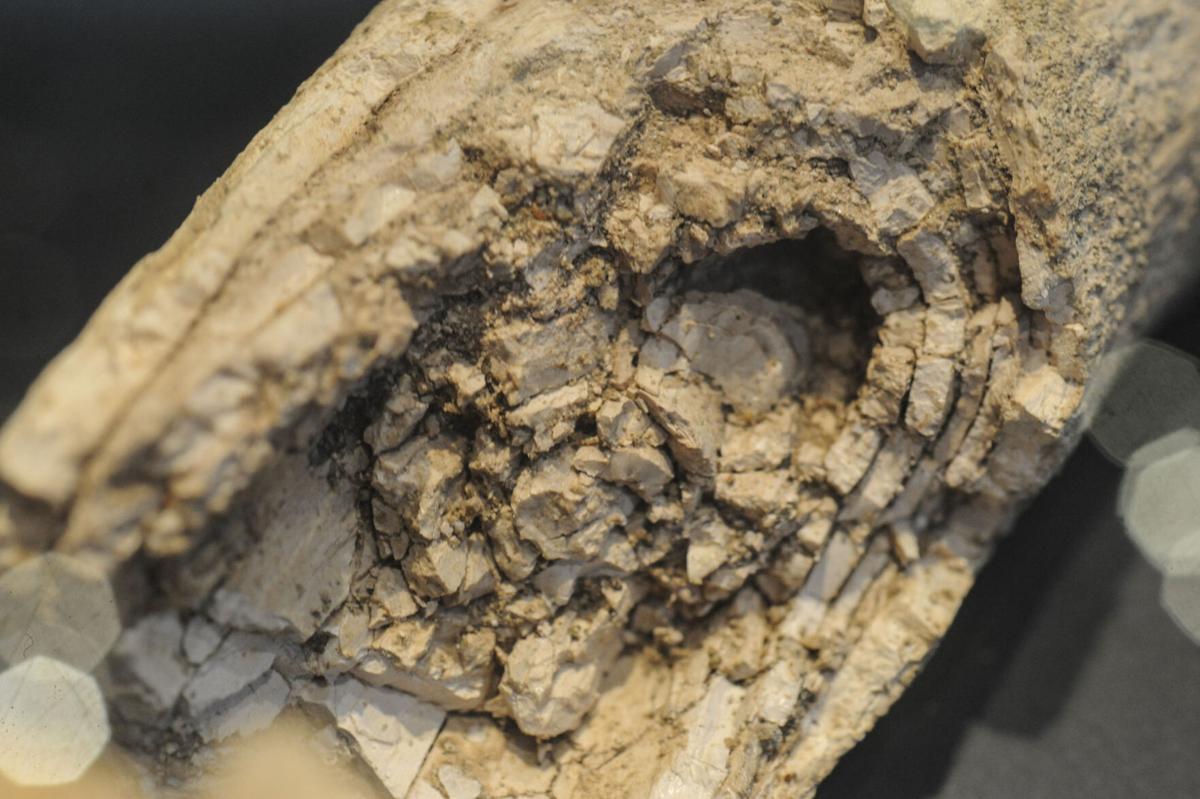 A portion of a Columbian mammoth tusk is seen at the Museum of Idaho on Wednesday, Jan. 20, 2021. 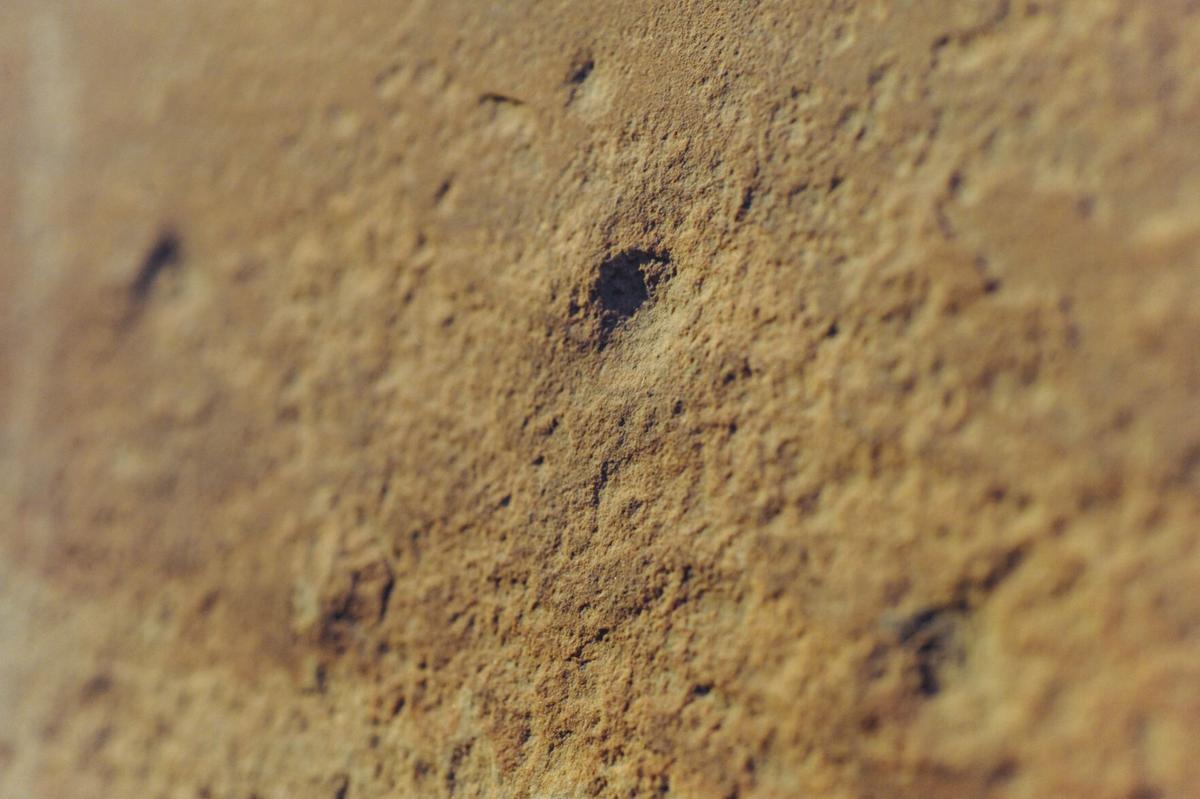 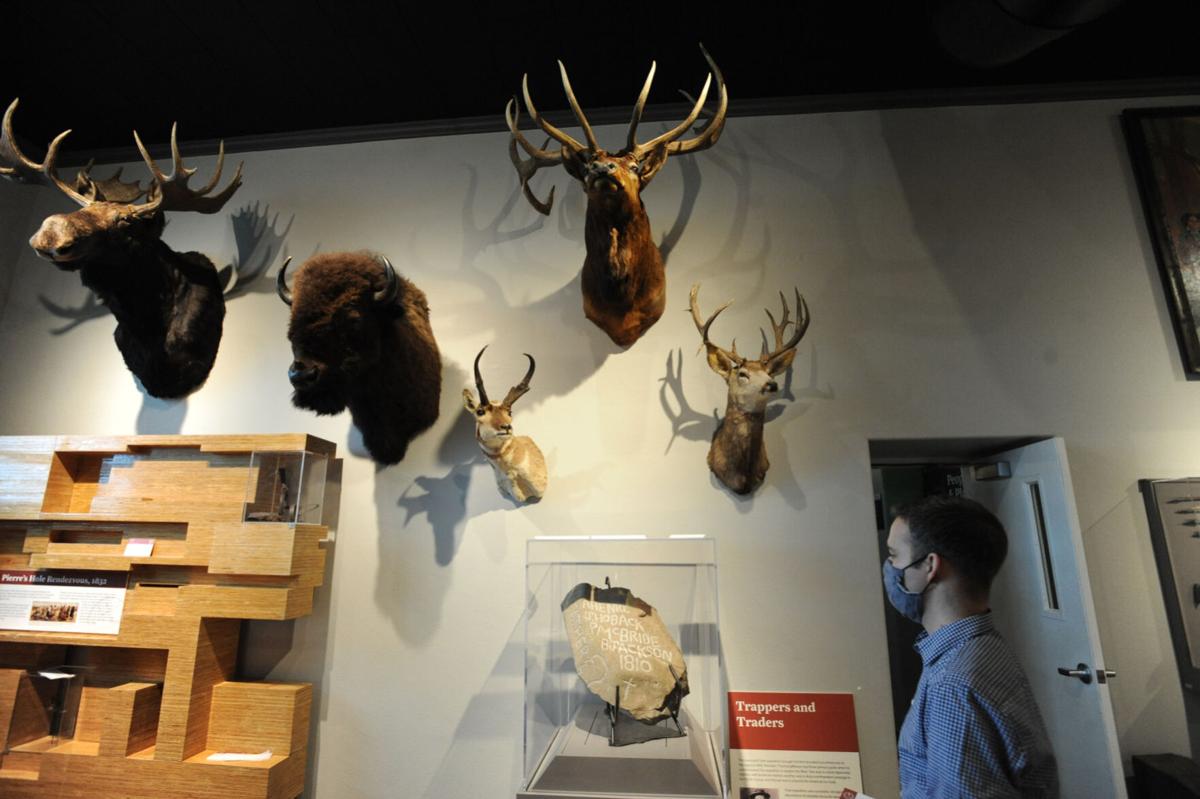 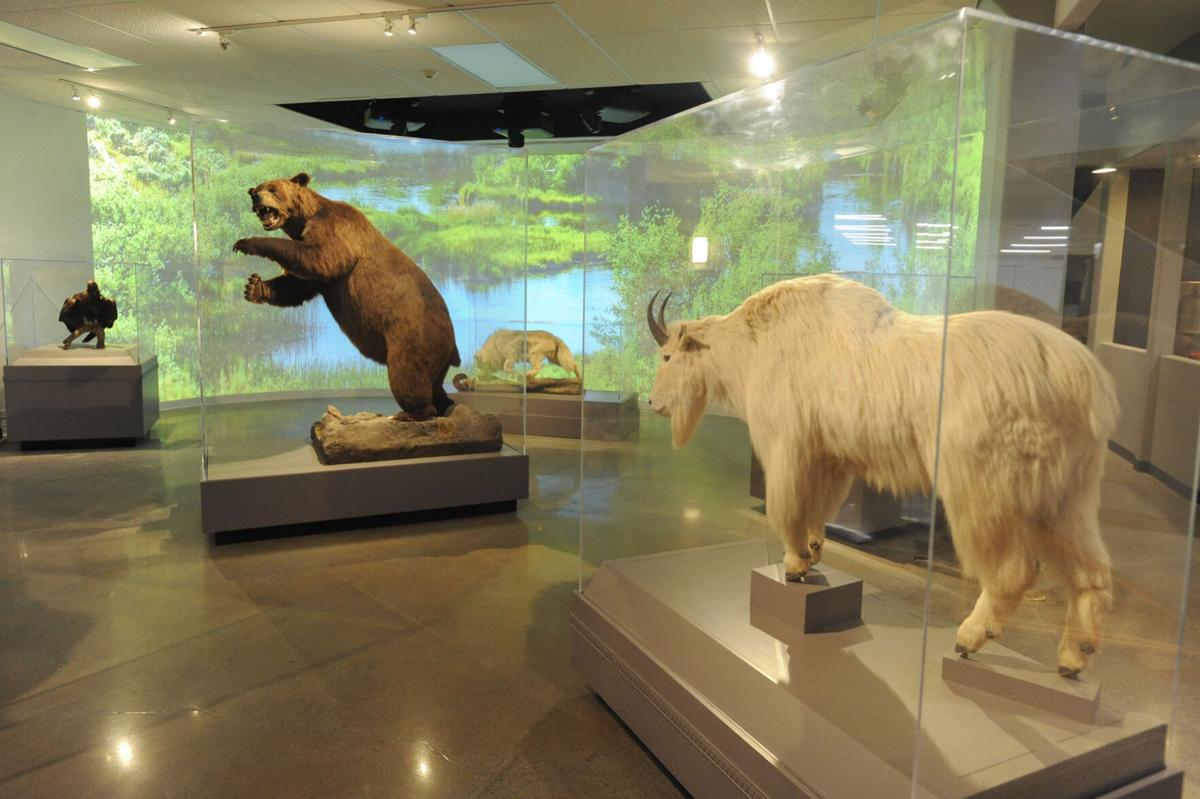 Mounted animals are seen on display at the Museum of Idaho on Wednesday, Jan. 20, 2021. 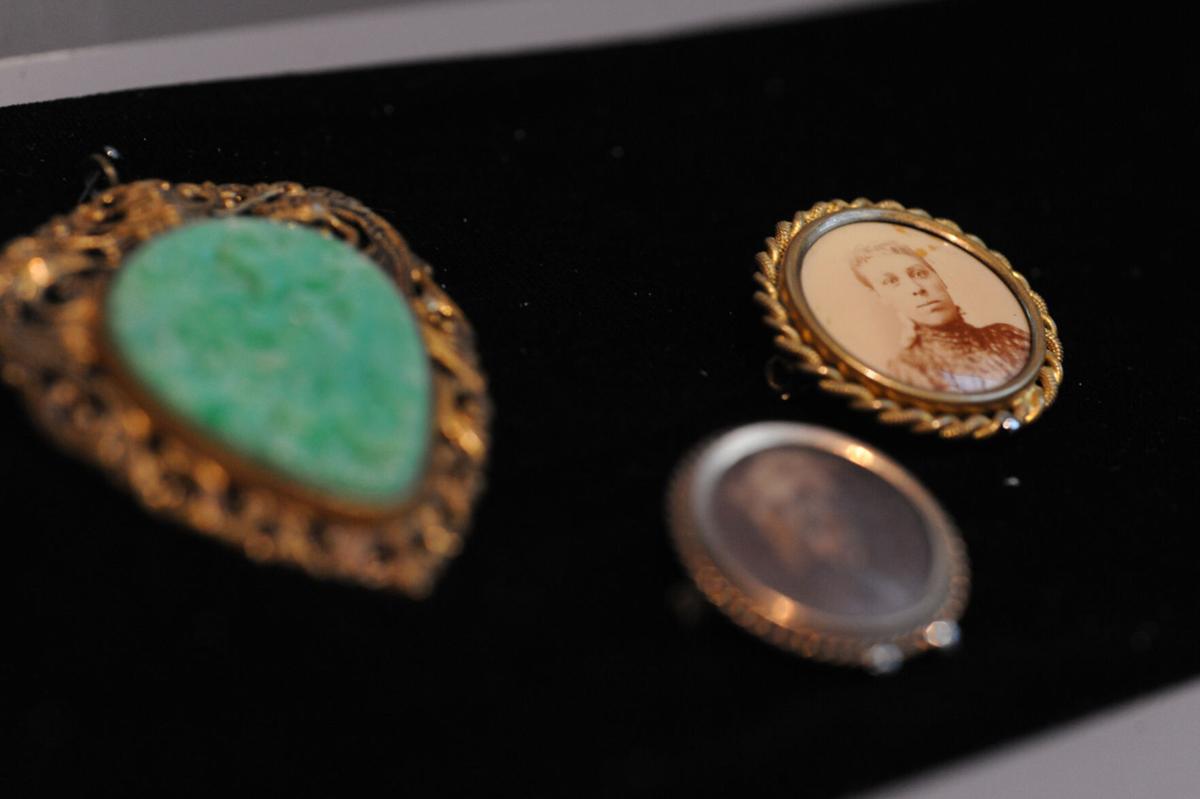 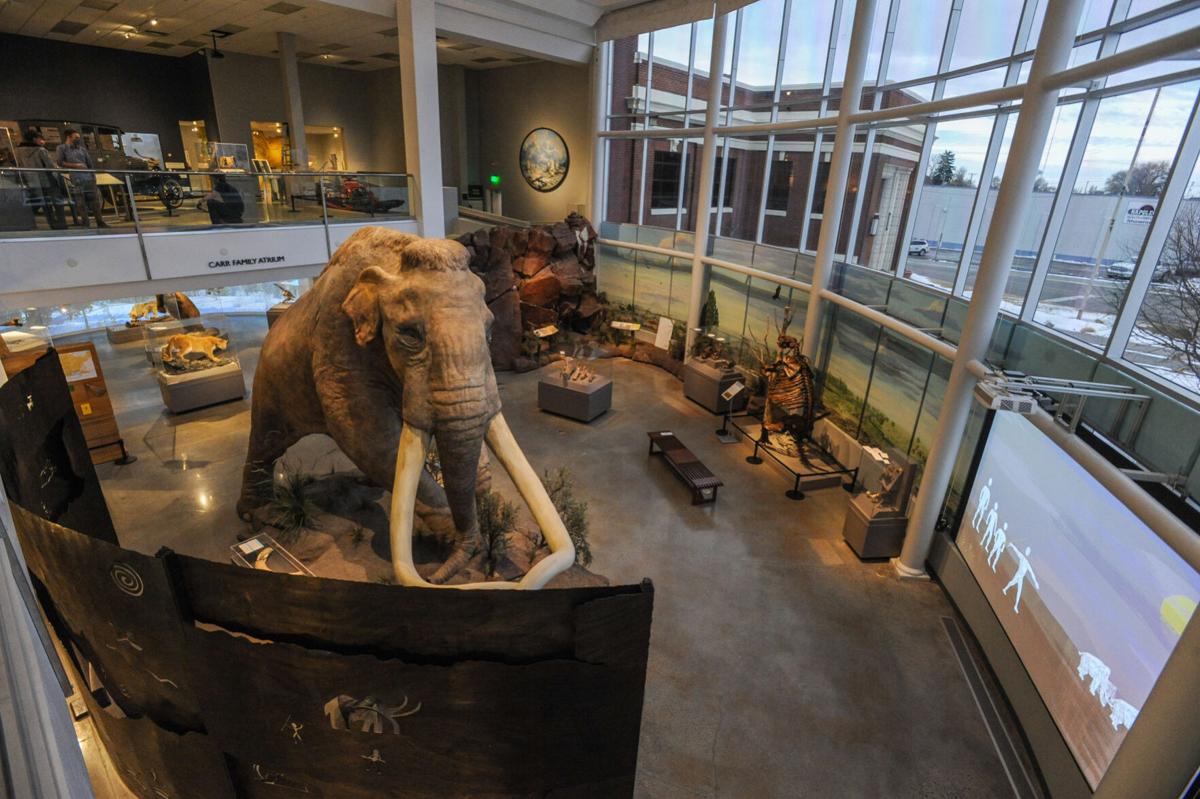 A portion of the Way Out West exhibit is seen at the Museum of Idaho on Wednesday, Jan. 20, 2021.

A bull showing its muscular system is seen at the Museum of Idaho on Wednesday, Jan. 20, 2021.

Museum spokesman Jeff Carr shows off the interactive screens in the Eagle Rock exhibit at the Museum of Idaho on Wednesday, Jan. 20, 2021. The screens allow visitors to learn more about the items in the display.

A portion of a Columbian mammoth tusk is seen at the Museum of Idaho on Wednesday, Jan. 20, 2021.

Mounted animals are seen on display at the Museum of Idaho on Wednesday, Jan. 20, 2021.

A portion of the Way Out West exhibit is seen at the Museum of Idaho on Wednesday, Jan. 20, 2021.

After years of partial and complete closures to prepare for a new permanent centerpiece, the Museum of Idaho will reopen Saturday with two new showcase exhibits.

The "Way Out West" exhibit has been a goal for the museum for nearly four years and has been under construction since December 2019. The final exhibit has more than 500 labeled items tracking the state and regional history since before the city was called Idaho Falls or Eagle Rock.

"We are honoring the people who came before us, from the tribes to the trappers to the people who founded Eagle Rock," Museum Executive Director Karen Baker said.

One of the first things visitors will see when entering "Way Out West" is the area on Idaho's pre-recorded history, headlined by a massive mammoth. The replica mammoth has been in the museum's collection since 2004 but had been hidden behind a false wall on the ground floor because it never had a dedicated home.

Upstairs visitors can see the display of Henry's Rock, a stone carved with the names of trappers who visited Fremont County around 1810 and one of the oldest samples of English writing in the entire Pacific Northwest region. Alongside it is a sagebrush dress, handmade by members of the Shoshone-Bannock tribe within the last year.

"When we commission pieces for an exhibit like this, it is a great opportunity to see something that nobody has seen in a museum before," said Chloe Doucette, director of education programs.

Fitting into the broader history of the region are replica storefronts of Eagle Rock from the turn of the 20th century that have been a popular feature of the museum for over a decade. Apart from adding tablets to give more information about the contents of the different stores, museum spokesman Jeff Carr said the area display has been largely unchanged as it was incorporated into the broader "Way Out West" exhibit.

While about half of the museum's visitors come from out of state, the exhibit is also meant to connect with long-time residents of Idaho Falls. The Rolodex of patients in the dentist office's storefront includes the names of some of the museum volunteers who had appointments with Dr. Bennett as children. Many artifacts in the "Way Out West" exhibit, including a fully restored and operational 1927 Ford Model T, were provided by local families.

One section on the upper level is dedicated to the more controversial and complicated parts of the region's history. Pieces in that area of the second floor represent the Japanese internment camp at Minidoka during World War II and discrimination against Black settlers of the area in the late 1800s.

The museum's most recent artifact is placed here — a pair of shoes from Lindsay Hecox, the transgender Boise State University student whose quest to join the school's women's track team has put her at the center of the debate over Idaho's House Bill 500. Also known as the Fairness in Women’s Sports Act, the law bars transgender girls and women from competing on collegiate and K-12 women’s sports teams in Idaho.

"We take our responsibility seriously to not ignore these issues, but to also present them in a way that lets people come to their own conclusions," Carr said.

The museum also is trying to balance the history of the settlers who built out the region with that of the original inhabitants. Shoshone-Bannock spokeswoman Randy'L Teton serves on the museum's board and helped coordinate curation efforts with the tribe's language and culture department.

"I hope the audience understands that this area of the west began with the Shoshone-Bannock, along with other tribes that came through, and that our culture and legacy are still here to this day," Teton said.

Bailey Dann, a Shoshone artist and teacher at Chief Tahgee Elementary Academy, was selected through an open competition by the museum to create the decorative metal wall flanking the mammoth at the start of the exhibit.

The Body Worlds animal exhibit will be on display in the museum through Sept. 22. The hundreds of preserved creatures on display include human and ibex skeletons, a bright red dog with only its circulatory system, and the centerpiece display of two giraffes. The exhibit was last on display in Calgary, Alberta, and was supposed to appear at the Museum of Idaho in June 2020 before it was delayed by the coronavirus.

Body Worlds technical director Christian Luger said the goal of the animal exhibit is to make people realize how similar humans and animals are, especially under the surface. Luger was also optimistic that the limited crowds allowed into the museum at one time could prove beneficial.

"The bigger museums would try to control crowds anyway, 100 people waiting in one entrance and 100 waiting in another. When you don't have to get through a crowd to read the signs, it could make for a smoother visit," Luger said.

Museum of Idaho received more than $1 million in grants in 2019 to complete the "Way Out West" exhibit, including $500,000 from Westmark Credit Union which made it the presenting sponsor.

How to visit Museum of Idaho

Visitors to the Museum of Idaho need to book a staggered two-hour window ahead of time, with up to 30 people allowed inside at once. Face masks are required for visitors.