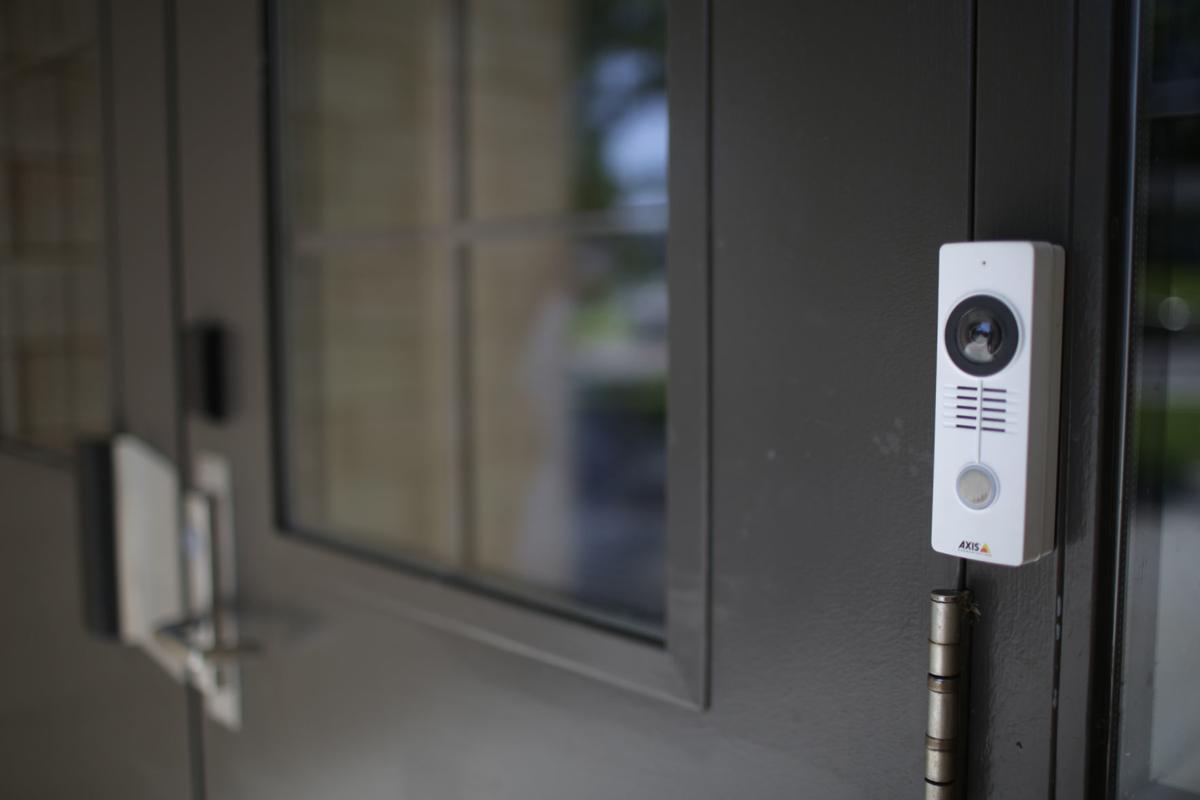 A Ring camera system installed at the front door at Hawthorne Elementary School in Idaho Falls. 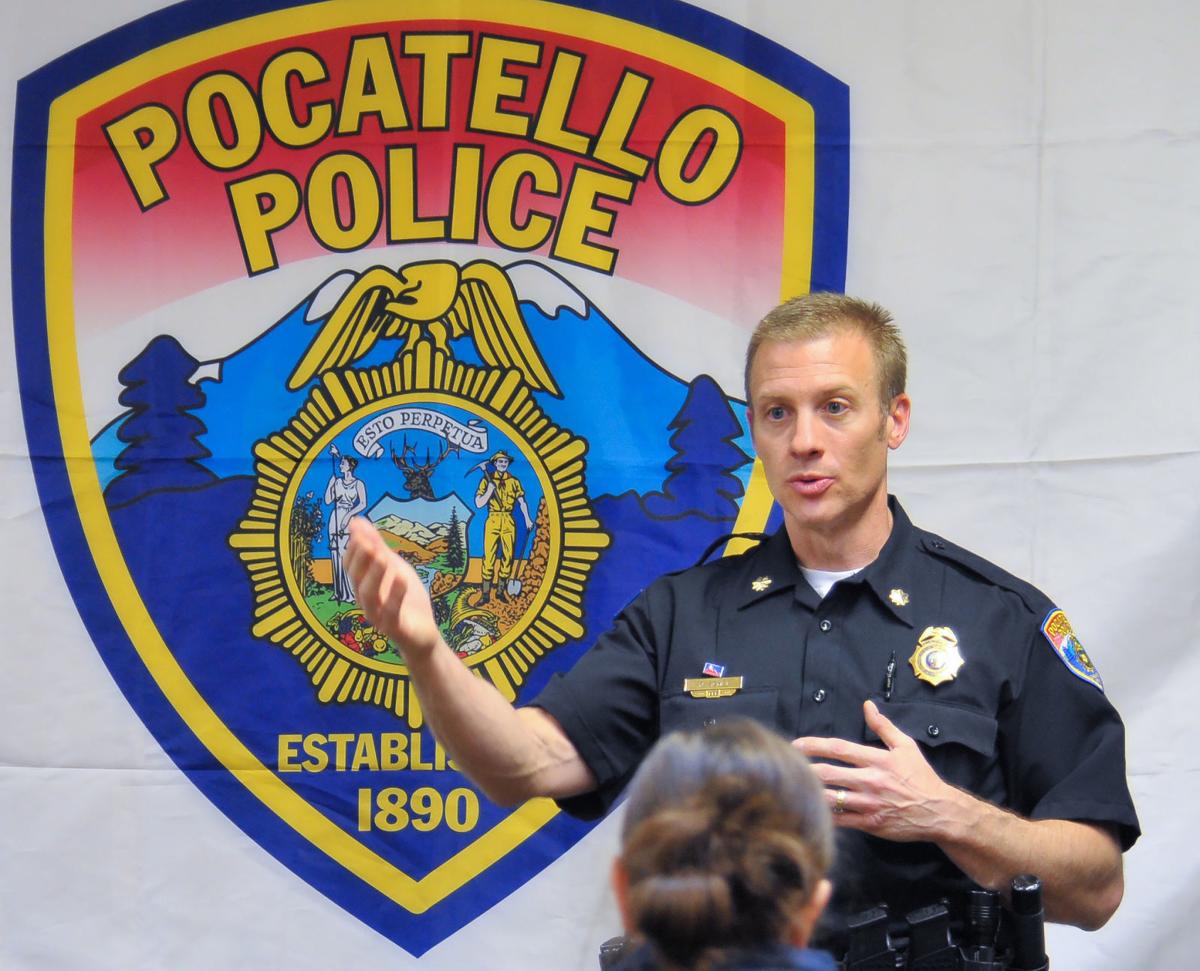 Pocatello Police Chief Roger Schei, is pictured in a May 2019 file photo.

A Ring camera system installed at the front door at Hawthorne Elementary School in Idaho Falls.

Pocatello Police Chief Roger Schei, is pictured in a May 2019 file photo.

Are you a homeowner looking for a home video camera system or a police officer wanting an easier way to get footage from home security systems? There’s an app for that.

“Neighbors,” the app created by the Amazon subsidiary Ring, bills itself as the new neighborhood watch. It allows residents who own Ring doorbells to share their footage with other people in the area. The app also partners with more than 600 law enforcement agencies, giving them an easier way to locate and request footage.

Police officers in eastern Idaho say those partnerships can help them more quickly resolve cases and provide homeowners with a sense of security, while still requiring due diligence for them to access the footage.

Critics and privacy advocates worry the partnerships are another example of consumers sacrificing their online safety for the convenience of the “internet of things” and that transparency concerns could bring the system into a corporatized version of mass police surveillance.

“It’s almost like community policing 2.0, in the way we want to engage the community and make sure they know that they are partners with us,” Pocatello Police Department Detective Robert Sampson said.

Pocatello Police Chief Roger Schei first spoke with Ring representatives at the International Association of Chiefs of Police’s conference in October 2018. He asked Sampson to take the lead on organizing the program because Sampson had recently dealt with asking for home security video while investigating a shooting.

Some police stations across the country received and then provided free or discounted Ring systems to residents “in exchange for a pledge to register the devices with law enforcement and submit all requested footage,” The Atlantic reported. Sampson said neither of those offers happened in Pocatello.

In fact, the post announcing the partnership was the only time the Pocatello police posted on the app in the last three months. Sampson said the department is yet to receive training from Ring or use the app’s special police portal due to a series of organizational changes within its ranks.

Because all posts on the Neighbors app are public within a five-mile radius, footage of petty crimes can easily be shared with the police. Video from an Ammon resident of a package being stolen off their porch helped lead to the arrest of three people in December, as did footage from November of a Domino’s employee stealing from a porch in Idaho Falls.

While the Bonneville County Sheriff’s Office hasn’t partnered with Neighbors, its officers have seen the potential for home security footage to help solve crimes. Capt. Sam Hulse said that some Bonneville County officers own Ring cameras, including himself, but there aren’t any deputies who regularly monitor the site for potential crimes.

“You push that information out, and it will be known to us. That is the advantage to having the electronic systems we possess today, the ability to share that information rapidly,” Hulse said.

In cases where deputies have needed to request footage, Hulse explained, they would canvass the neighborhood to see if there were any nearby homes that had video cameras and contact the homeowner to see if they would share the footage. Most neighbors the officers talked to agreed to provide the footage, and Hulse couldn’t remember ever having to issue a subpoena for Ring camera footage.

The Electronic Frontier Foundation, a Texas-based nonprofit that campaigns for personal rights around technology, has campaigned against the police partnerships with the Neighbors app and other forms of potential government surveillance. Policy analyst Matt Guariglia called the use of Neighbors a “CCTV network” that did not make it clear how the cameras would actually be used.

“They can click and drag on a police portal, they can request footage from dozens of cameras at a time, and they don’t have to use that footage just for that one case,” Guariglia said.

Pocatello’s Sampson emphasized that the department would never have officers who monitored home footage in real time and that any requests they made through the portal would be sent through Ring in order to provide residents more anonymity.

“We can’t go into a private device and access information out of it. It’s just a more efficient way to ask people in the area, if they have a surveillance system and if they are willing to cooperate, to choose to share the footage with us,” Sampson said.

Guariglia said the Electronic Frontier Foundation had no issues with the in-person requests for footage made by police departments, or with having home cameras that saved footage onto the homeowner’s computer. But he also emphasized the ways that departments made it difficult for people to choose against sharing their footage.

“Whenever you have such a power imbalance between a person trying to live their life and a police officer asking for something, it’s voluntary but it’s hard to say no to the police,” Guariglia said.

Ring has also come into wide criticism for a series of security issues over the last year. Data leaks have allowed hackers to remotely access Ring systems and harass residents, with some incidents shared in real time through a livestream podcast. Senators have started calling on Amazon to provide details about how it plans to keep devices secure and increase the transparency of its law enforcement partnerships.

Coordinates for all Neighbors posts were fully available to police through Neighbor’s Law Enforcement Portal until this summer. Those are now more approximate locations on public maps, but an investigation by Gizmodo in December found that geographical data in the background of Neighbors posts still allowed Gizmodo reporters to map the exact spots for tens of thousands of Ring cameras.

“Testing revealed that some coordinates were accurate enough to place a person directly in front of a Ring device; roughly four-to-six feet from home addresses volunteered by Neighbors users,” the investigation found.

To get a sense of the local accuracy of those posts, Gizmodo agreed to share its records of the 227 Ring posts from Idaho Falls and Pocatello with the Post Register. While the names of the posters were anonymous, the data did include a latitude and longitude for each post along with details about when each was uploaded and how many views the video had.

Driving through one neighborhood, a Post Register reporter was able to locate the Ring cameras at four homes that posted in the Neighbors app in 2019.

Some posts in Idaho Falls were labeled “News Alert” and received a special, automatically approved status. A Ring spokeswoman said those were posted by Ring employees tracking crime stories in areas with a number of active users.

Kitchens get smarter at CES tech show, not yet in many homes

LAS VEGAS — Tell your refrigerator about your dietary preferences and it’ll concoct a recipe plan for the coming week, sending a shopping list…