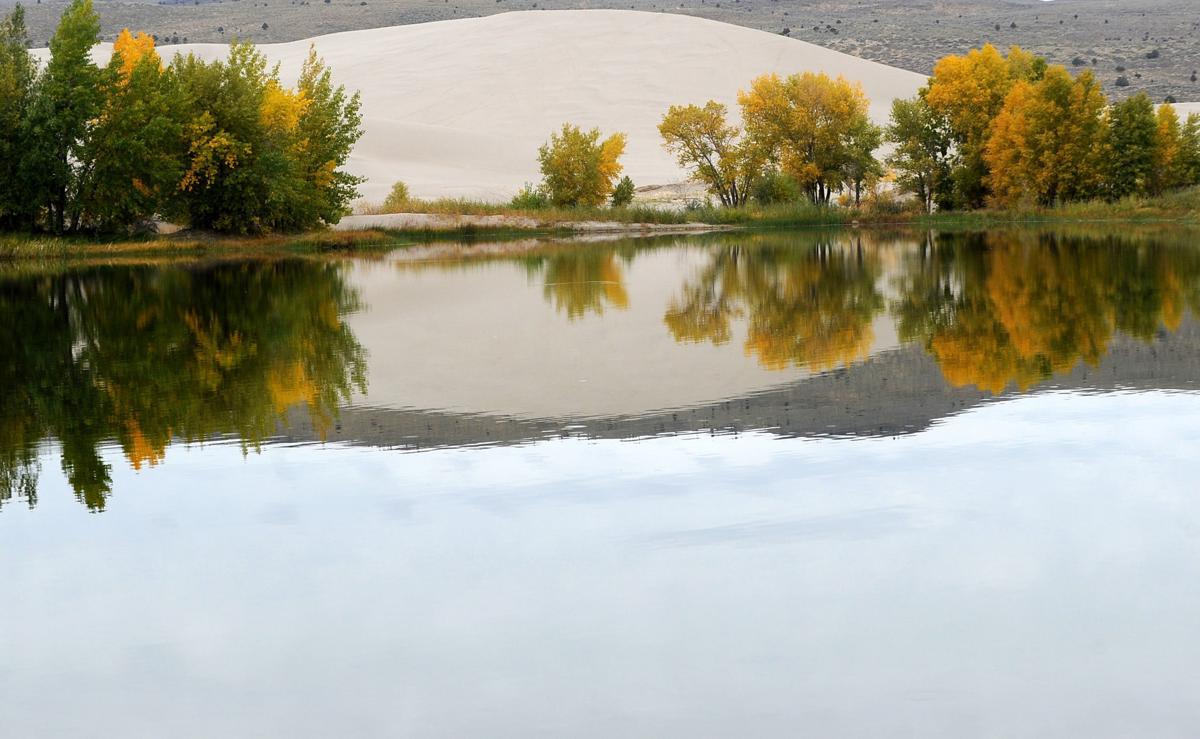 Egin Lakes in Fremont County is an area where aquifer recharge is being undertaken. 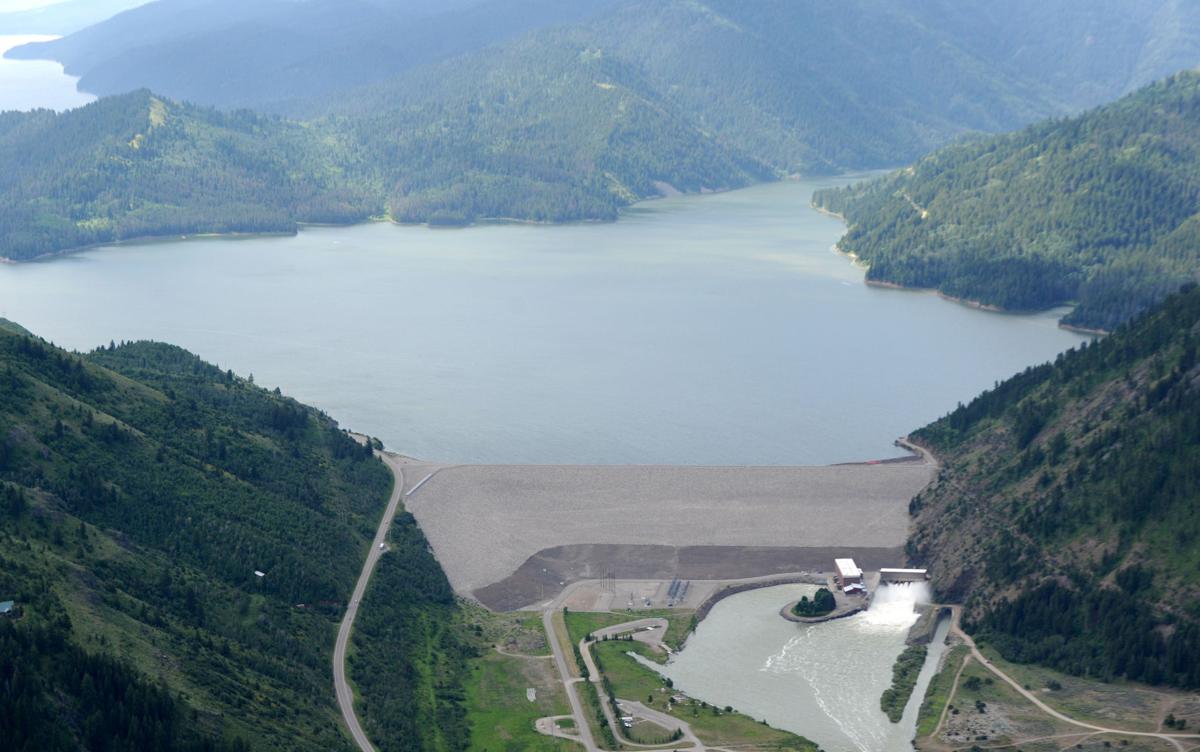 File photo of Palisades Reservoir from 2011. 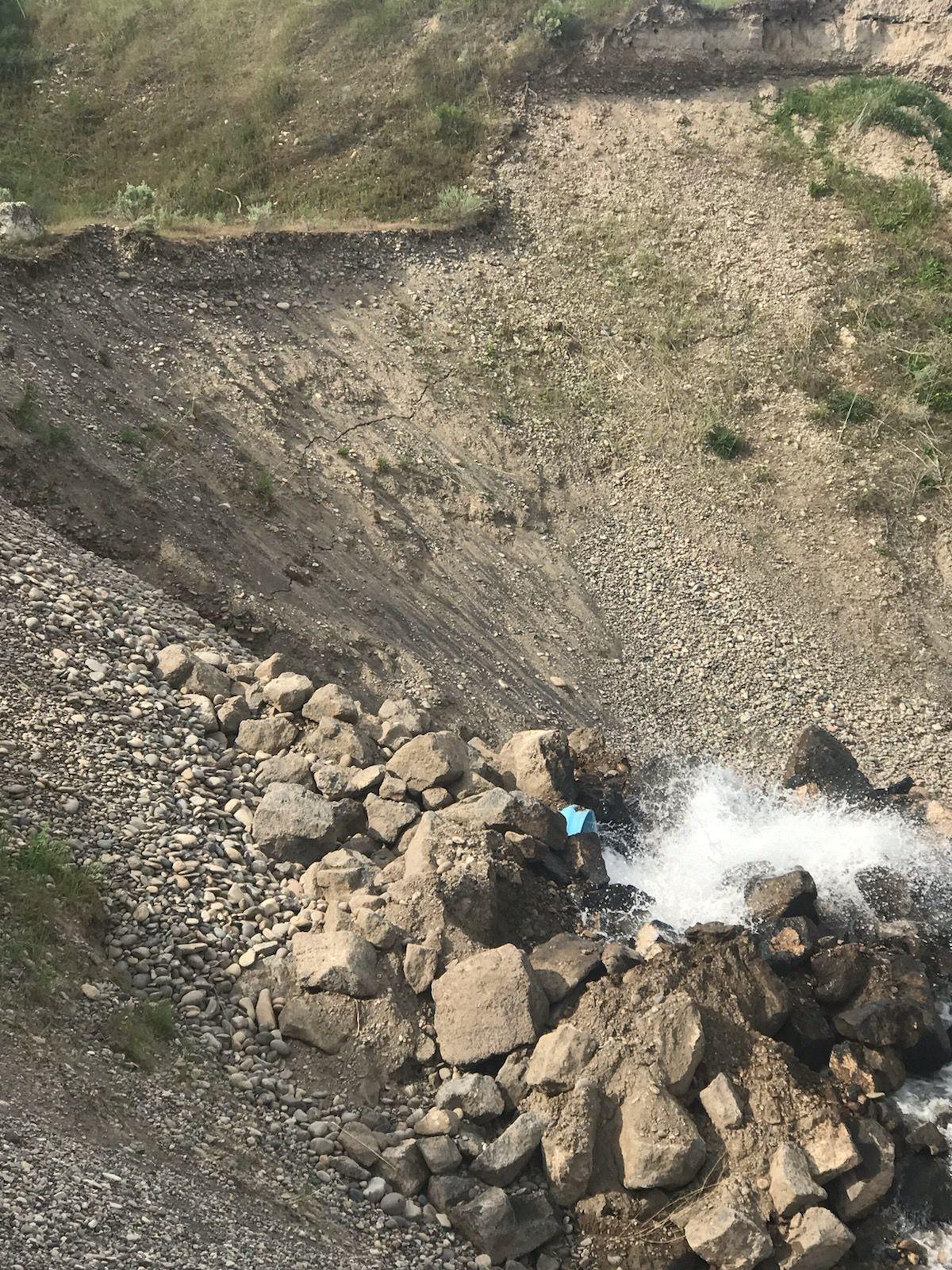 Water begins flowing into the gravel pit on the south end of Idaho Falls to help recharge the Eastern Snake Plain Aquifer.

Egin Lakes in Fremont County is an area where aquifer recharge is being undertaken.

File photo of Palisades Reservoir from 2011.

Water begins flowing into the gravel pit on the south end of Idaho Falls to help recharge the Eastern Snake Plain Aquifer.

One of the most important sites for Idaho Falls’ water system is a large hole in the ground across the street from Sandy Downs.

The gravel pit is about three acres across and 30 feet deep at its lowest point. It had been owned by the Parks and Recreation Department but had been used for little other than providing gravel to locals and storing dead tree branches.

Starting last summer, the city’s Water Department took over the pit and cleaned it up for a new purpose. Up to 3,000 gallons of water are pumped into the pit every minute during the warm months from a pipe connected to the nearby creek — enough to drain six Olympic swimming pools every day. The water soaks through the gravel and sand, which helps filter it as it reaches its final destination much further underground: the East Snake Plain Aquifer.

“It takes down quite a bit for a small site. It’s about as much as one of our wells produces over that time,” city Water Superintendent David Richards said.

This pit is the center of Idaho Falls’ contribution to efforts to recharge the 10,800-square-mile aquifer, the massive underground body of water that crosses southern Idaho. While the total volume of water in the aquifer is unknown, it’s well understood that older flood irrigation systems caused it to swell. In the first half of the 20th century, irrigation added some 18 million acre-feet of water to the aquifer. But the arrival of more efficient irrigation systems around 1950 caused that trend to reverse and today the aquifer holds only about 5 million acre-feet more than in the early 1900s.

“What has happened is we changed practices in the last 50 years, from flood irrigation by water from the Snake River in a number of instances to irrigation by water wells and sprinklers,” said Paul Link, a geology professor at Idaho State University who has studied the aquifer for 40 years.

That’s created a number of significant problems across the state. The rising aquifer levels lead to greater volumes at springs in the Magic Valley, where many water users have rights that are senior to those in eastern Idaho. As the water level has dropped, that’s meant eastern Idaho groundwater users have had to cut back.

The recharge effort aims to pump water directly into the aquifer to replace what was lost by the shift to sprinkler irrigation and groundwater pumping. Efforts have ramped up over the last decade at the state and local levels, and the recharge volumes are now approaching the 2009 goal set for the project of recharging 250,000 acre-feet in the average year.

But with high variation between wet and dry years and some concerned about the water quality, Idaho is still working for every drop of water it can return.

“Right now my average is 249,000 (acre-feet), so it’s right on the money,” said Wesley Hipke, recharge project manager for the Idaho Water Resource Board. “The trick is, how we are going to do as far as long-term storage? I’d still like to have more capacity so we can do more during the wet years.”

The recharge project is managed by the Idaho Water Resource Board through the Department of Water Resources. The department’s current goal is to have a net increase of 600,000 acre-feet of water into the aquifer annually by 2030, with at least 250,000 of that coming from managed recharge projects.

A 10-year progress report on efforts to recharge the aquifer was submitted to House Speaker Scott Bedke by the Idaho Water Resource Board in December. While the goals for recharge efforts were set in 2009, the Idaho Legislature didn’t start fully funding those efforts until 2014 and the recharge numbers have spiked since then.

The average recharge is calculated over several years, with the last three winters coming in well above 300,000 acre-feet while the previous two fell closer to 70,000.

This year, Hipke said the efforts are at around 140,000 acre-feet, with enough capacity in the state’s reservoirs to boost the pace if necessary. Nearly a third of this season’s recharge has come in the last month, as the board had reported a recharge of 90,000 acre-feet at the beginning of February.

“All the low-hanging fruit is done. Now to develop sites for recharge is going to take a lot more infrastructure to expand the canals and to tap into the basins,” Hipke said.

Another piece of recharge work is being done through the 2015 settlement agreement between the Idaho Ground Water Appropriators and the Surface Water Coalition. The agreement helped settle a series of disputed water rights between the canal companies that used surface water and the agricultural businesses that relied largely on groundwater.

A coalition of cities have entered into the agreement in the last four years to settle their own disputes over water access. The participating cities agreed to collectively recharge at least 7,560 acre-feet of water each year on behalf of the Ground Water Appropriators in exchange for being exempt from any future calls to curtail their water access during a potential shortage.

The requirement for each city was based on its water use and the priority of its water right in time, which left several places in eastern Idaho owing more water than they can physically recharge. Ammon owes 268 acre-feet per year but City Administrator Micah Austin said it has no ongoing recharge efforts at the moment. Idaho Falls has the largest requirement in the region at 3,100 acre-feet per year but the gravel pit only does half that volume.

To work around that, both cities lease recharge water from Pocatello, which has the rights to half a million acre-feet of water through the Palisades Reservoir. Last year, Idaho Falls paid $99,878 to cover its required water mitigation through the lease.

While there have been no warnings about the quality of water being returned to the aquifer, the Idaho Conservation League has begun raising concerns over the last year. In July, the group published a report detailing high levels of nitrate and phosphorus in the aquifer that had been recorded in the Magic Valley.

“Taking polluted surface water out of the Snake River and funneling that down into the aquifer is a concern and something that deserves some closer scrutiny from the state,” said Jonathan Oppenheimer, Idaho Conservation League’s director for its Snake River campaign.

The report linked the rising nitrate levels to the region’s livestock industry, as manure from cows has high concentrations of nitrogen. While phosphorus is not directly harmful to humans, Oppenheimer said that high levels of it can pose a danger to fish populations and cause outbreaks of toxic algae further down the Snake River.

Richards said the city’s recharge efforts were required to be regularly tested by the Department of Environmental Quality. He added that the city is looking into ways to expand its current site or create other sites to limit the reliance on leased water as much as possible.

“We just don’t have enough excess water of our own to meet the full allotment for recharge and provide ourselves water,” Richards said.