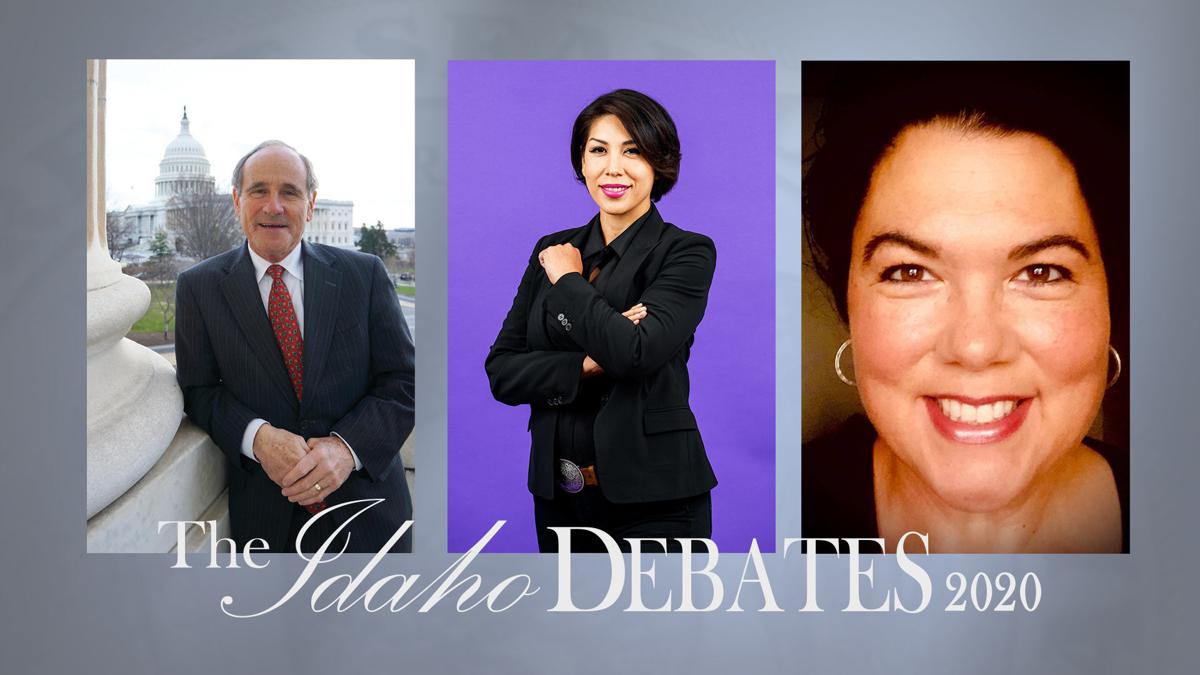 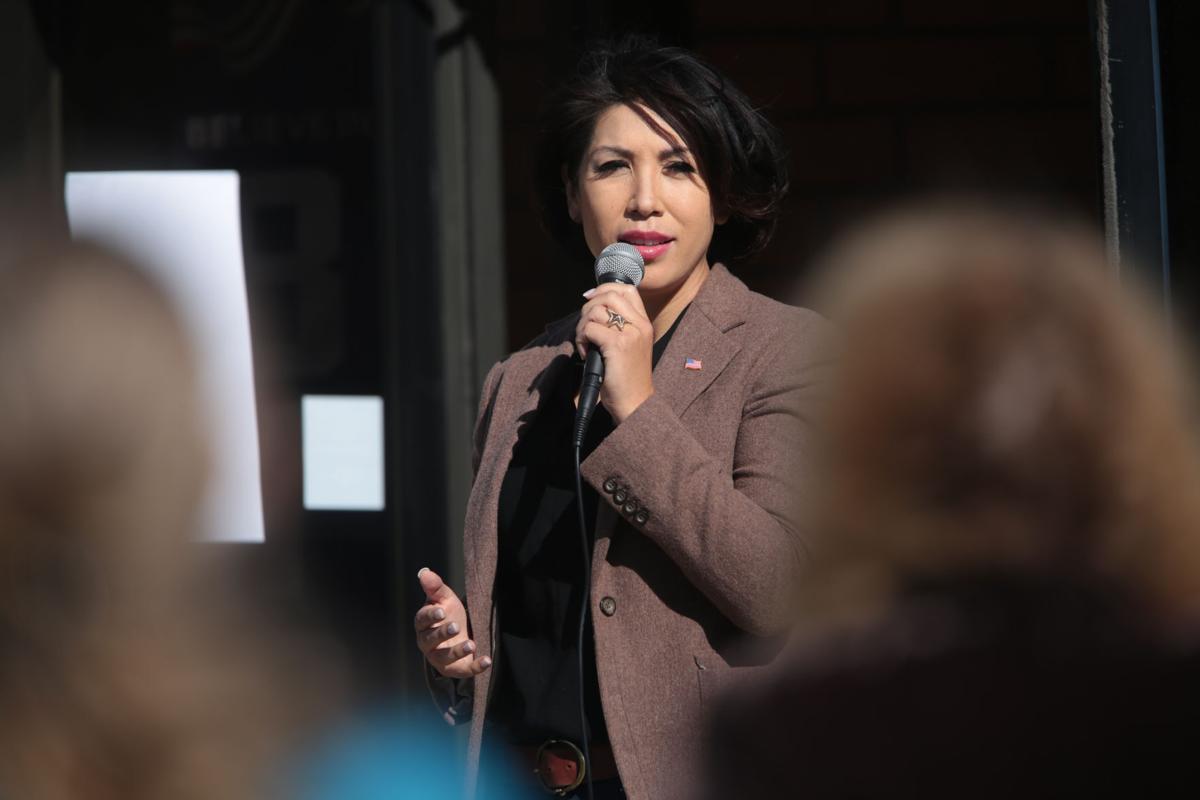 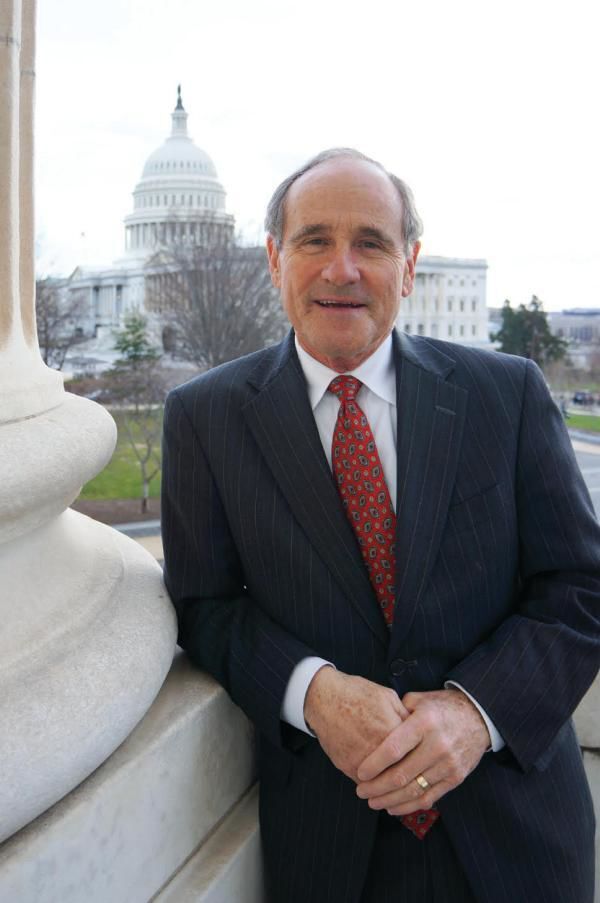 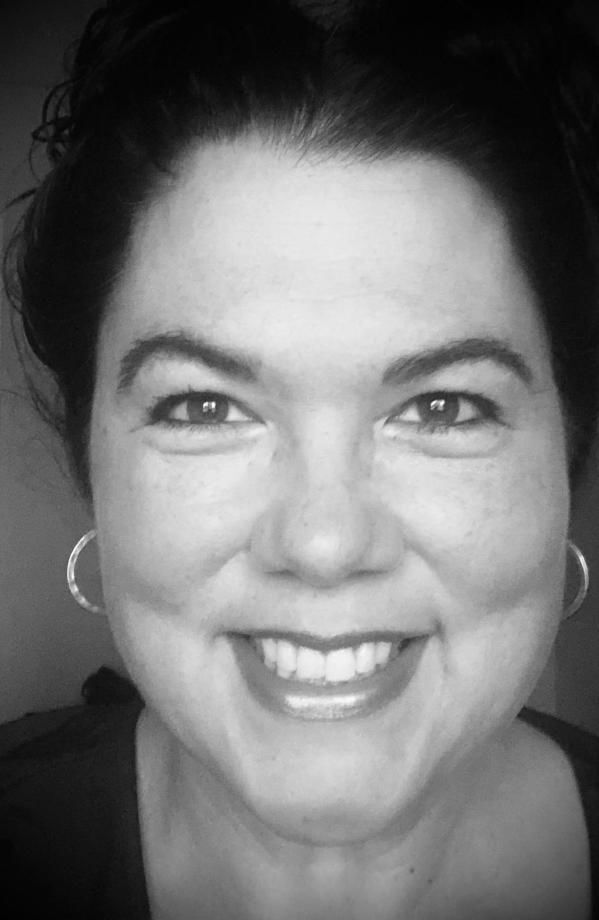 The three participated in the Idaho Debates, broadcast statewide on Idaho Public Television on Friday night. The 90-minute program also is now available for viewing online at idahoptv.org/idahodebates.

Risch said in his closing comments, “Look, this is an easy choice in this particular race. You have a conservative Republican, myself, with a long conservative record. There’s no surprises here. … On the other side you have a committed liberal Democrat. I make no complaints about that. I mean, there’s a choice, and people should have a clear choice like they have in this race.”

The second-term senator, longtime state Senate leader and former lieutenant governor and governor said, “If they want Idaho to be what Idaho is, I’m your guy. On the other hand, if you want to move Idaho in a different direction, more left, then, you have the votes, you go the other way.”

Jordan, a former two-term state representative, Coeur d’Alene Tribal Council member, direct descendant of Native American chiefs, businesswoman and the 2018 Democratic nominee for governor, countered, “Sen. Risch believes this race is a coronation and not an election, and he refuses to debate me, saying he doesn’t believe a debate is a good place to publish his views. That’s not what a debate is about, and he should have to answer for his record. He’s not respecting the democratic process and he’s taking advantage of Idahoans. With our limited ability to contact voters, he should be taking every opportunity to reach the voters and show some leadership in this critical moment of crisis, and it’s unacceptable.”

Jordan had challenged Risch to a series of four town hall-style debates around the state, but he never responded. He turned down a proposed debate sponsored by KTVB-TV. Due to COVID-19, this year’s Idaho Debates, which are co-sponsored by the Idaho Press Club, the League of Women Voters of Idaho, and Idaho’s public universities, followed a modified format in which the candidates were interviewed via teleconferencing, with a moderator asking them the same questions; their answers were then spliced together to allow viewers to compare. But because they couldn’t hear and respond to each other’s answers, there was no traditional back-and-forth debate.

Jordan, in her closing comments, said, “Risch wants to nationalize this election so the choice is clear between a conservative and a liberal. But while he is obviously a typical ineffective partisan politician, I am not, and he cannot tie me to any of the leaders we now see on the other side. And I will tell you I am incredibly grateful to be in this position to serve.”

Fleming said, “I’d like you to consider me as an independent candidate for the United States Senate. Idaho is in a position to shake up D.C. … I know we’re all very unhappy with the status quo and now this is your chance to do something different.”

Here are highlights of what the candidates had to say on an array of issues during the program:

Asked if they were satisfied with the federal response to the pandemic, Jordan and Fleming said no, while Risch defended it.

He said, “People did not know that it was going to be as contagious as it is. … They all thought that the virus would run its course and that would be the end of it. Obviously it didn’t.”

Jordan said, “This crisis has produced a test of leadership. Here in the United States, our leaders have failed that test, and with better leadership we could have saved lives and saved Idaho’s economy. This is a very big issue and certainly none of us should politicize this issue, and yet Risch, as he says, he speaks privately with the president, but he doesn’t share what he knows. So many of us should be asking when they hear this information … what did he know and when did he know it? He attended the Coronavirus Task Force briefings at the White House in February, he has said nothing.”

“As someone close to the president and on the Foreign Relations Committee, Sen. Risch should have pushed for and contributed to a national plan,” Jordan said, “but what’s worse is he did absolutely nothing to warn and help Idaho, and that’s disgraceful.”

Risch said he’s now sponsoring legislation to foster an immediate international response to future pandemics, and said he’d have done that earlier if he knew what he knows now.

Jordan and Risch both said they’d take the COVID-19 vaccine once it’s out and encourage constituents to do the same; Fleming said she’s undecided.

Both Risch and Fleming called for repealing the Affordable Care Act; Jordan opposed that, noting that the ACA led to Idaho’s voter-approved Medicaid expansion program, which now covers more than 90,000 Idahoans.

“In fact, the Affordable Care Act is what’s on the ballot this election cycle,” Jordan said. “We fought back in 2018 to expand Medicaid. I believe that’s essential for many who are coming from both sides of the aisle, working together on a plan for our people and covering those who didn’t have health care in the first place.”

Risch said, “This debate’s been going on since before I got to the United States Senate. The health care system in America is dynamic. Look, it’s the fifth-largest industry and it is the most personal matter to each and every one of us and our loved ones.”

“I voted against Obamacare at the beginning, I voted to repeal it every time,” he said, adding, “Obviously, it can’t just go away.” Through give and take, he said, the nation will arrive at a better system. “We do need to come together,” he said. “Eventually, it will be done. … We’ll get there.”

Risch said it “doesn’t matter” if Republicans are accused of hypocrisy for backing Trump nominee Amy Coney Barrett for the court shortly before the election when they wouldn’t grant a hearing to then-President Barack Obama’s pick, Merrick Garland, during an election year. He said he was willing to meet with Garland, but not until his nomination cleared the Senate Judiciary Committee; it never was granted a hearing.

“But it didn’t matter,” Risch said. “I was going to vote against Justice Garland. … He was a radical, far-left liberal. I voted against Obama’s other two picks for the very same reason. I wasn’t going to vote for him.”

Garland, a federal judge, was known as a moderate who would be acceptable by all sides; Obama selected him saying he should win bipartisan support.

Jordan said, “We need to take this process very seriously, so we must ensure a fair hearing. We must ensure that these individuals are qualified so that we don’t have an activist court on either side.” She added, “And I’ll tell you what I won’t do. I won’t approve a candidate before there’s a hearing. And I won’t refuse to meet with a nominee across party lines. And I won’t gaslight the American public into thinking that we need to rush through a nominee."

Risch is the chairman of the Senate Foreign Relations Committee, an influential position that he’s only the third Idahoan to hold. He’s also been a strong supporter of President Trump, who he acknowledged has taken an “unconventional” approach to foreign relations.

“Look, President Trump is an unconventional president, he does things differently,” Risch said. “He and I don’t always agree on things. … We’ve got some issues there. But we get through it. He and I have spirited discussions on these issues. … When the conversation’s over, he’s still the president, I’m still not. Sometimes I’ve moved him in the direction, sometimes I haven’t, but you’ve got to play the hand that they dealt you.”

He said, “Our European partners are just apoplectic, over a lot of things but particularly NATO. And look, we’re not going to get out of NATO. This is the most successful military and political alliance in the history of the world. And yet they’re convinced that somehow the president is going to pull us out of NATO. Well, he can’t do it, first of all because Congress is involved in this.”

Risch said in defense of Trump, the president’s pressure has caused European allies to pay a greater share toward NATO costs.

“Our relationships, everybody talks about how deteriorated they are — not so much,” Risch said. “They’re still coming to us all the time, they want our help, they want our friendship.”

Jordan said, “Sen. Risch’s service as chairman of the Senate Foreign Relations Committee is nothing to be proud of, and I’ll tell you, our country has certainly shifted in the wrong direction. Sen. Risch should know better.” She said the United States should be more involved, not less, in international efforts including the World Health Organization and the Paris Climate Accords. She also decried the Trump administration’s trade wars, saying they’ve hurt Idaho agriculture.

“He hasn’t used that committee assignment to help the people of Idaho prepare for this deadly virus, nor for any other issue for that matter,” she said, “especially when it comes to trade relations.” She said Risch’s approach has left Idaho farmers “dependent on federal USDA bailouts,” when, “They want to stand on their own two feet and have access to markets that they’ve spent lifetimes building.”

FOREST FIRES AND THE ENVIRONMENT

Risch, an attorney whose undergraduate degree from the University of Idaho is in forestry, said, “It’s actually something I know a little bit about. … I’m on the Energy and Natural Resources Committee, in fact I’m the third-senior member of that committee. I get this. We’ve done lots of things.” He touted long-sought, bipartisan legislation to end the practice of “borrowing” from land management agencies’ regular land-management budgets to cover wildfire costs, in favor of covering those costs like other national disasters.

“We spent years to get that through, and it wasn’t a fight between Republicans and Democrats, it was a fight between the East Coast vs. West Coast,” he said. “It was a hard-fought effort, believe me.”

Jordan said, “I worked hard for many years both in government and in the private sector to protect not only our public lands but working toward proper management of our forests and protecting our national resources in Idaho. … Having been raised on our land, I recognize how incredibly important it is to remain connected to it. We definitely need leaders who respect our land and who are willing to combat corporate greed in order to address climate change.”

Asked about immigration policy priorities, Risch said, “This country desperately needs to resolve this immigration question. It is really unfortunate that it’s political.” He said he was “all in” about a year ago on a compromise that would have traded protection for so-called “dreamers,” immigrants who were brought to this country undocumented while they were small children, in exchange for stepped-up border security, but it didn’t happen.

“I support legal immigration — this country was built on it,” he said.

Jordan said, “As someone very familiar with the Latino population, we have a long ways to go when it comes to immigration.” She called for a “bipartisan approach to comprehensive immigration reform, so we can improve and expedite legal immigration while beefing up security at entry points.” She added, “There are many immigrants who abide by our laws and contribute to our economy, and we need to create an efficient pathway to citizenship.”