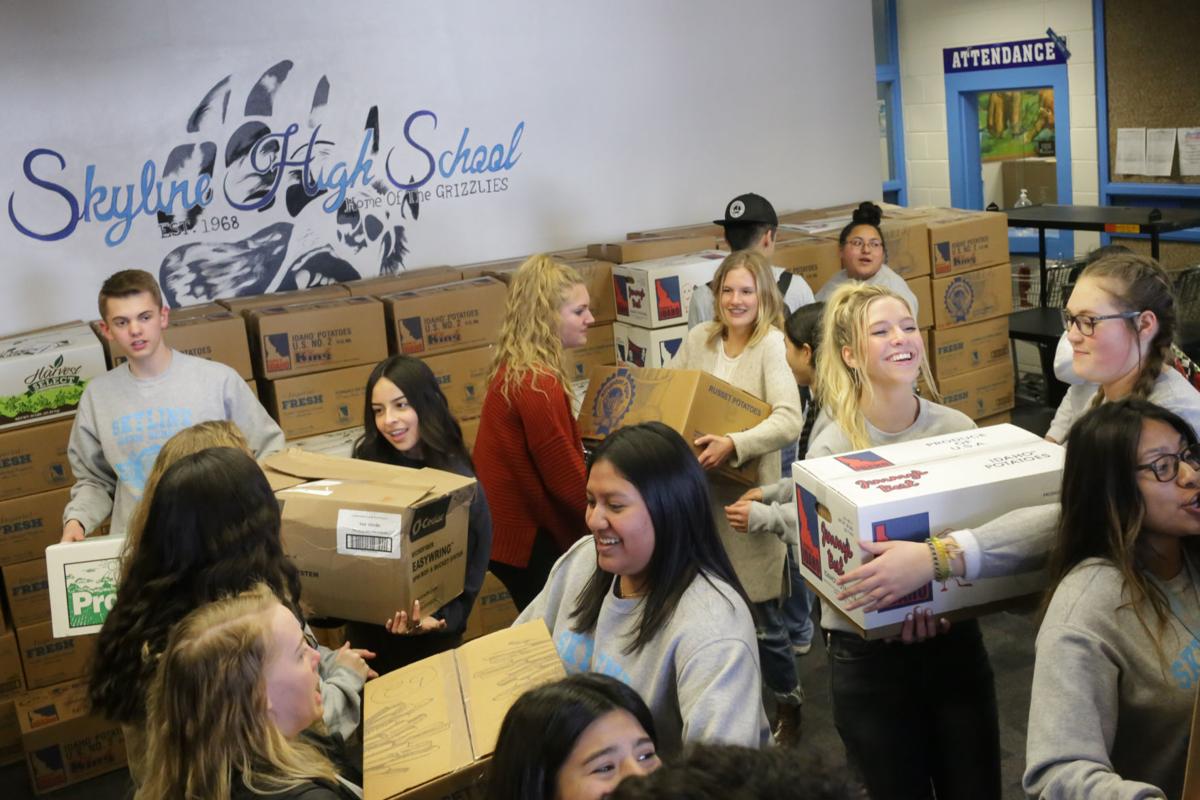 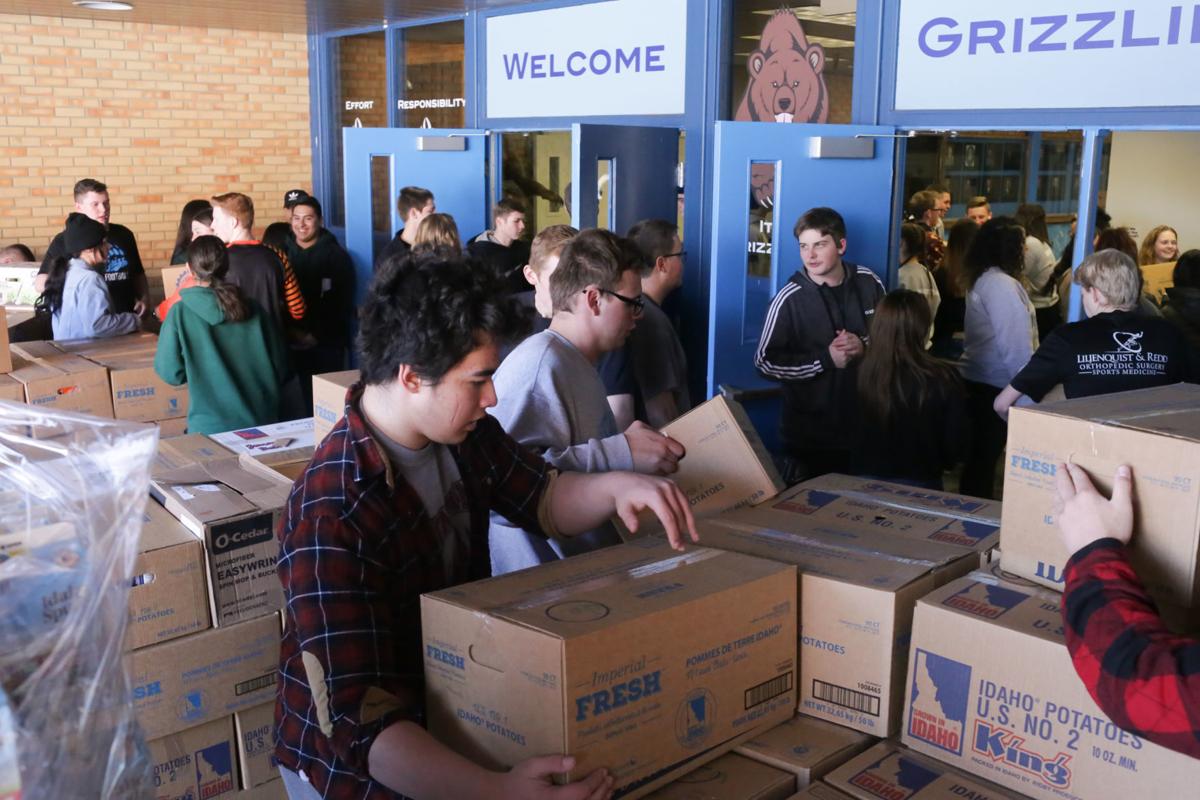 Food collections were especially strong from Skyline High School this year. The student government gathered 83,458 cans of food during the two-week fundraiser, as well as $16,000 in cash donations for the food basket. Each dollar donated counts for two items of food.

“We have students at Skyline that rely on the food basket, so it’s been amazing to see all these donations going there,” said Skyline student government president Whitney Price.

Price and other Skyline students said the high number this year might be from a raffle system they had launched, where students received a ticket to compete for prizes for every two cans they brought in.

Idaho Falls High School collected 32,612 cans during its half of the drive and $8,400 in donations. Student government adviser Catarina Chamlee said the result was short of their goal this year but said the schools were trying to keep the event from being too competitive.

“We are very excited about the Souper Bowl, but here it’s more of a push to do service and give back to the community. Whatever we can do for the Food Basket is worth it,” Chamlee said.

Both schools collected donations from their students, the elementary schools that fed into them and at tables outside of grocery stores across town. The final push for cash donations took place during the basketball game between the two schools Wednesday night.

The whole student government at Skyline, along with students from three other classes, worked together to load the Community Food Basket truck with donations on Thursday afternoon. One entire pallet was devoted to boxes of instant hash browns, donated in mass by a parent who worked for Basic American Foods. Several tons of rice had already been sent over in a separate delivery on Wednesday.

About halfway through the loading of the Skyline food boxes, Community Food Basket director Dave Manson said that he needed to call in a second vehicle to finish the job.

“This is such a huge deal for us. And with the pickup at Idaho Falls tomorrow ... these kids have done a great job,” Manson said.

Last year the Community Food Basket served 21,204 children and more than 50,000 total people, according to its annual report. The annual Souper Bowl drive is usually the largest source of donations to the organization, making up nearly a third of their total food supply.