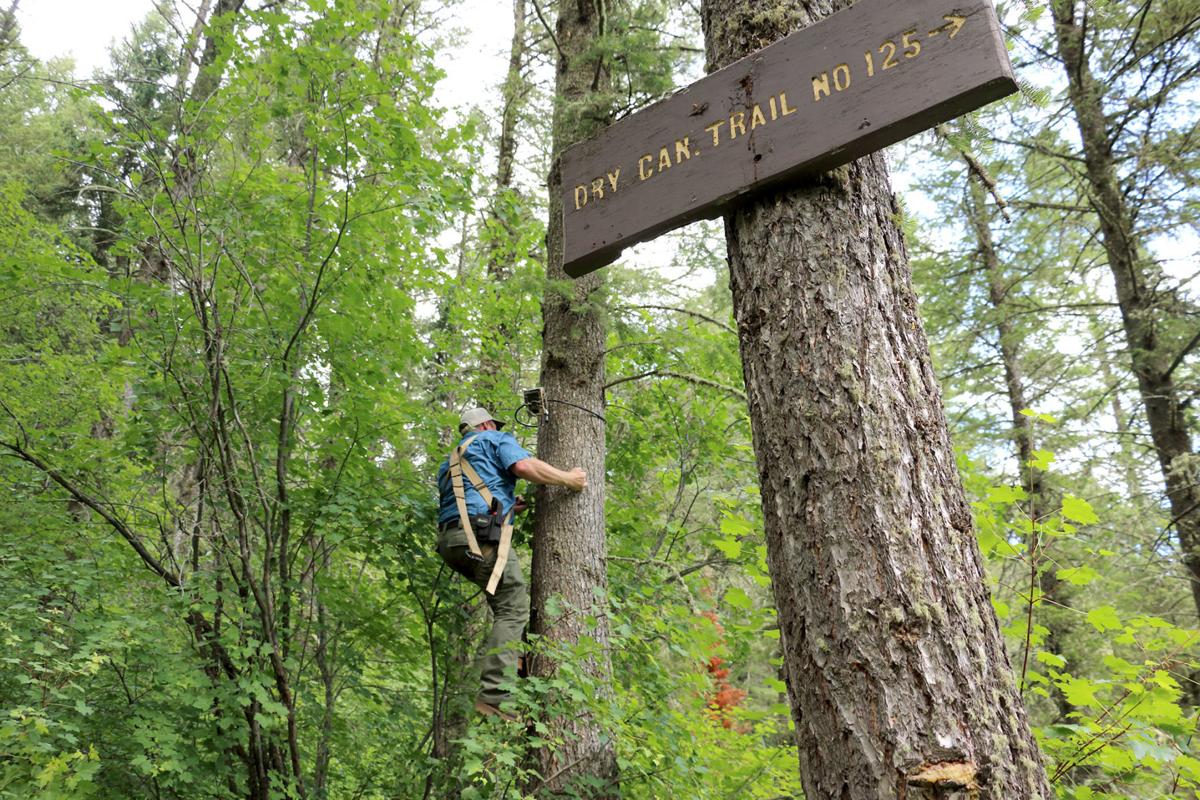 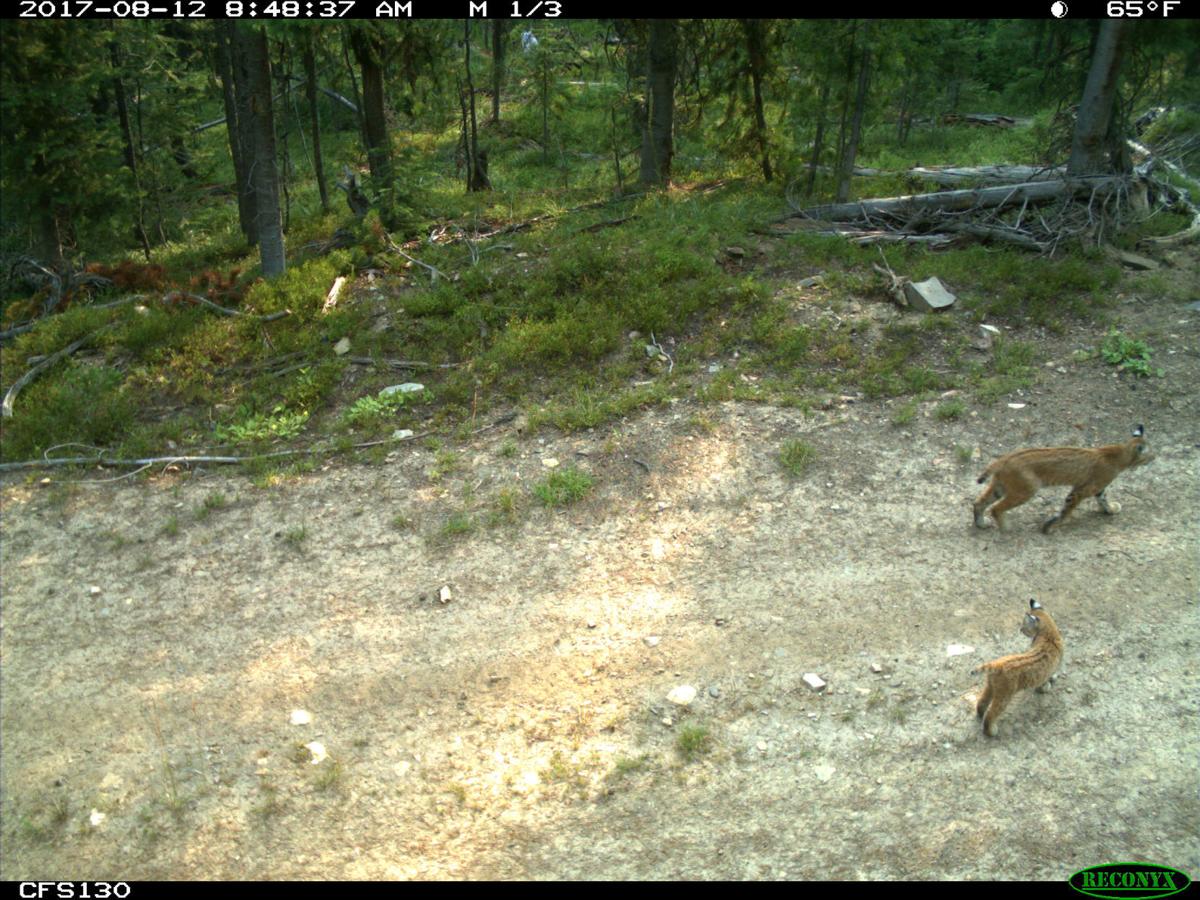 Trail cams capture images of everything that passes, including this bobcat mother and her kitten. Bobcats have longer tails than lynx and longer hair on their cheeks.

Trail cams capture images of everything that passes, including this bobcat mother and her kitten. Bobcats have longer tails than lynx and longer hair on their cheeks.

If you lose something in the snow, Jason Wilmot is the guy you want searching. His eyes are trained to find what hides well in white. He looks for wildlife in winter, specifically wolverine and lynx. From the air and on the ground, Wilmot covers thousands of miles in the Greater Yellowstone Ecosystem looking for tracks in snow.

Wolverine evidence is rare, but Wilmot has it. What he doesn’t have is lynx. The last Canada lynx documented in the area was a radio-collared cat by Wyoming’s Greys River in 2010. That means the Greater Yellowstone Ecosystem is facing a decade of documenting nothing. The missing lynx is really missing.

“I’m not surprised, but I’m sad,” Wilmot says. “The historical picture of lynx in the GYE is certain. They were absolutely here, but go back centuries and it’s questionable.”

First, snowshoe hares. They’re a diet staple for lynx, and they’re definitely in Canada. They’re not definitely present in the Greater Yellowstone Ecosystem.

Second, forest. It’s contiguous in Canada. It’s patchy in the Greater Yellowstone Ecosystem. It’s possible the last lynx was a surplus population from Canada that’s declined since. To study that, Wilmot’s research team saturated 1.9 million acres within the Greater Yellowstone Ecosystem's 20 million acres with 54 trail cameras and thousands of hiked miles. For three winters, 2015 through 2017, the team followed tracks and imported images. They studied more than 3000,000 trail cam photos.

Lynx are listed as a threatened species. Wyoming’s Bridger-Teton National Forest manages timber harvest within the limits of that listing. Across the border in Idaho, Caribou-Targhee National Forest doesn’t have the same restrictions, but lynx could be in the Gem State. The timber around Idaho’s Caribou Mountain, near Gray's Lake National Wildlife Refuge, is across the border from Wyoming’s Greys River.

“If people see a track that might be of interest, I will follow up on it,” Wilmot says. “That’s how something is going to pop up. Someone is going to see something.”

“You get that camera, and it’s kind of a Christmas present in a way,” says Josh Rydalch, Idaho Department of Fish & Game regional wildlife biologist. “It’s amazing what we catch, and it’s fun to watch what’s out there.”

In the case of the missing lynx, they’re revealing what’s not out there. Wilmot isn’t sorting photos to count cats. He’s sorting photos for the existence of any cats. If he ever finds a lynx, he’ll collar it so the needle in the haystack is easier to find.

“If we found a lynx, it would be a huge deal,” Wilmot says. “One could come through. It could happen. It’s like fishing. You don’t catch fish if you don’t put your line in the water.”

Outdoor journalist Kris Millgate is based in Idaho Falls where she runs trail and chases trout. Her first book ‘My Place Among Men’ is available now. See more of her work at www.tightlinemedia.com