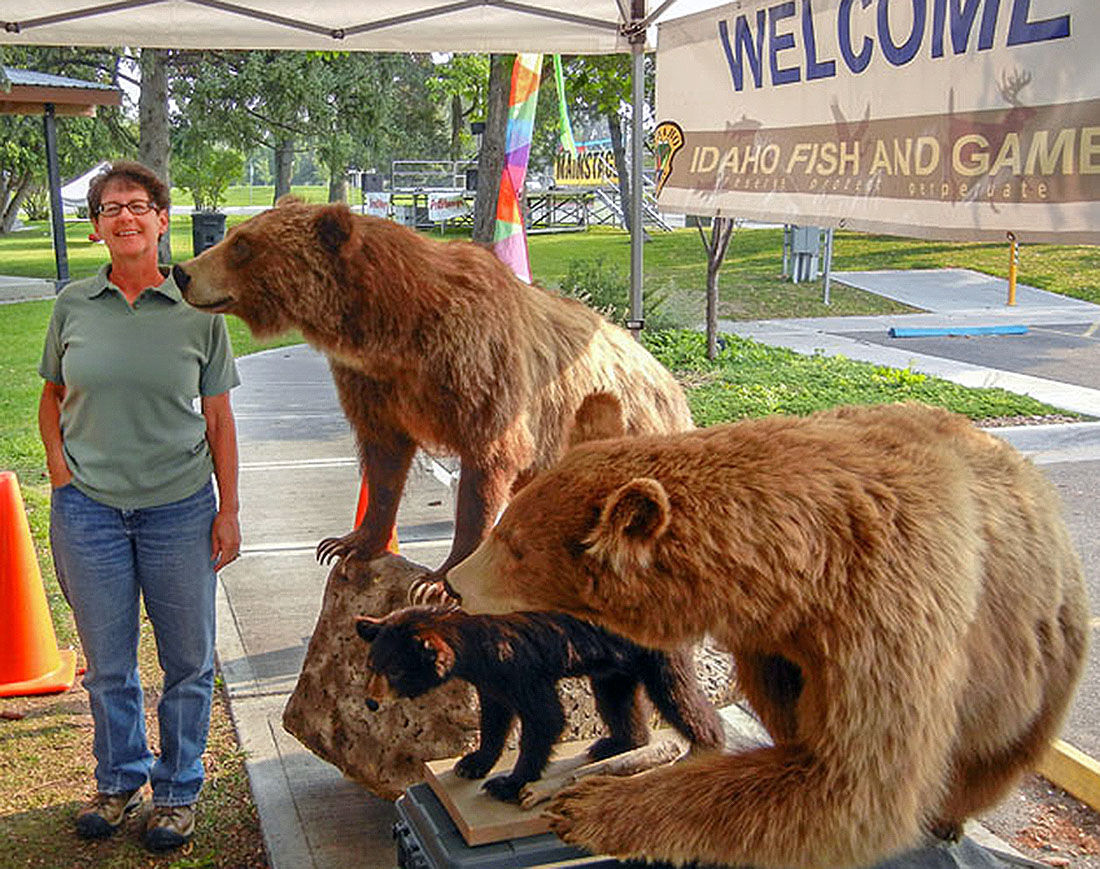 Becky Lewis poses next to an Idaho Fish and Game bear display. Lewis is the leader of the Campground Bear Safety program with the Caribou-Targhee National Forest. 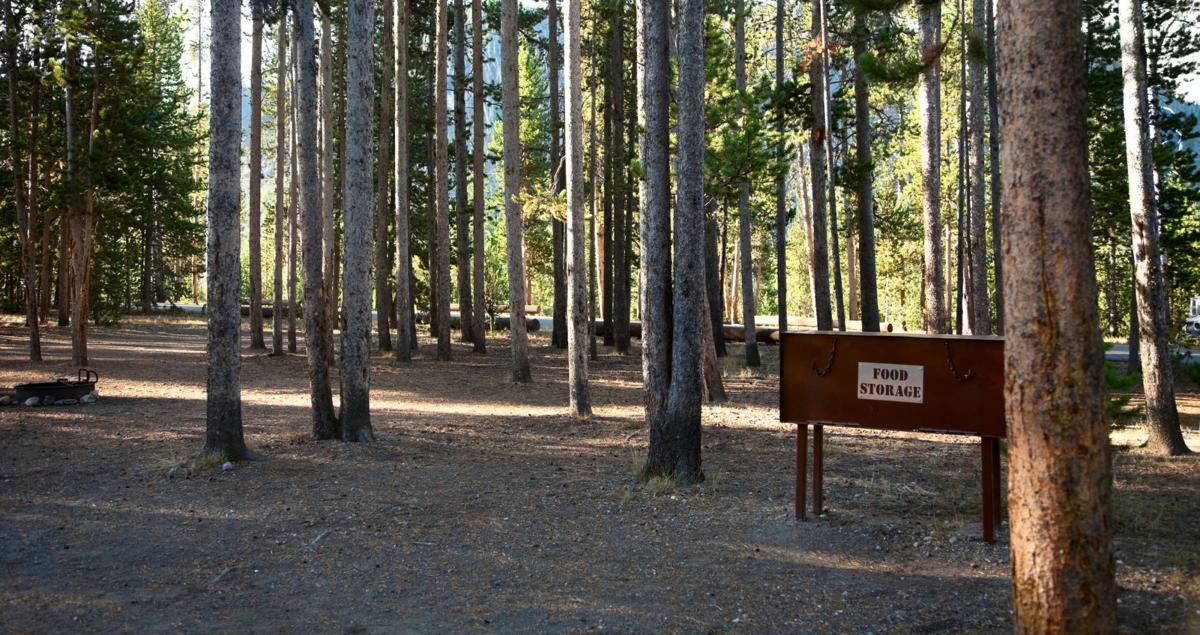 Becky Lewis poses next to an Idaho Fish and Game bear display. Lewis is the leader of the Campground Bear Safety program with the Caribou-Targhee National Forest.

If you go camping at the Warm River Campground near Ashton this summer, chances are you will meet Becky Lewis.

Lewis has a message for campers about bears.

Lewis heads up a group of 15 volunteers who are with the Campground Bear Safety program. Essentially, they preach the gospel of keeping a clean camp to reduce the chances of human-bear conflicts. The 15 uniformed volunteers represent a doubling of the force in recent years, allowing them to cover about 95% of all the developed Forest Service campgrounds in the Island Park area.

Volunteer duties will kick off during the July 4th weekend and continue through Labor Day weekend.

“Our focus is informing the campers that the campground is under a food storage order,” Lewis said. “A food storage order means that all bear attractants must be unavailable when campers are sleeping or when their campsite is unattended. ... We just try to make sure that they are aware that they have to comply with that.”

Because there are an estimated 50 to 70 grizzly bears spending time in the Island Park area and many more black bears, human-bear conflict is an ever-present possibility. In 2020, there were 35 grizzly bear conflicts and two bear attacks, according to Idaho Fish and Game bear biologist Jeremy Nicholson.

To reduce the threat of conflicts, the Ashton/Island Park Ranger District of the Caribou-Targhee National Forest has put all its campgrounds under a food storage order. Non-compliance can be fined up to $180 by law enforcement or the Forest Service.

“Most people understand food and garbage, but they don’t necessarily understand their dishes and cookware, your clothes that you’ve worn to cook in, your dish soap, your fish bait, the bug repellent, shampoos can all attract bears,” Lewis said. “Your strawberry shampoo — bears think it’s strawberries.”

Last year, volunteers spent more than 108 hours talking to 1,165 campers about the food storage order. During that time they found 360 violations. Lewis said visits are generally made on Fridays or Saturdays during the busiest times at the campgrounds.

When campers leave a smelly mess especially attractive to your average Yogi and Boo-Boo, and are nowhere to be found, volunteers leave a brief checklist for them to address when they return.

The volunteer program was started in 2017 by Forest Service biologist Sabrina Derusseau to back up campground hosts. In 2020, she turned the program over to Lewis.

“By educating campers on the rationale behind the food storage order, campers are better able to understand why food requires proper storage, so they don’t attract bears, which in turn reduces human/bear conflicts,” Derusseau said.

The volunteers attend an annual training session and adopt one of the 11 developed campgrounds in the Island Park/Ashton area. This year’s training session is later this month at Harriman State Park. Since Lewis lives in Ashton, she covers the nearby Warm River and Cave Falls campgrounds. Some of the bigger campgrounds, such as Buffalo Campground, require more than one volunteer.

Lewis said the program draws many volunteers from the Idaho Master Naturalist program, but expanded its pool this year by recruiting on volunteer.gov.

What happens when some campers aren’t interested in following the food storage order and tell the volunteers to take a hike?

“Fortunately, that’s very uncommon,” Lewis said. “Most people are on vacation so they’re in a good mood. But on occasion, it happens that someone will push us back. We try to let them know that they’re still under an order whether they like it or not, and they can be fined if they don’t comply. We train the volunteers to thank them for their time and walk away.”

Lewis said the reaction to the food storage order runs an entire spectrum from experienced campers who know the drill to campers who say “we’re in bear country?”

"I say, ‘Yes, let me sit and talk to you about this,’” she said. “Some people get fearful, but there’s no reason to get fearful. We're increasing public safety.”

To make storage easier, all the campgrounds have access to bear boxes.

“This program would not have the impact it does without individuals like Becky Lewis who go above and beyond to make a difference and organizations like the Henrys Fork Wildlife Alliance which provides funds for volunteer uniforms and other logistical needs,” Derusseau said.

Lewis said she thinks the program is making a difference in keeping bears and people safe.

“Last year there was a bear in the Warm River Campground,” she said. “In the wee hours of the morning, he would come down off the hillside and under the camp host’s RV, go to the river and get a drink and go back up the hill. He never got into problems. There weren’t any attractants out either. That’s the way it’s supposed to be.”