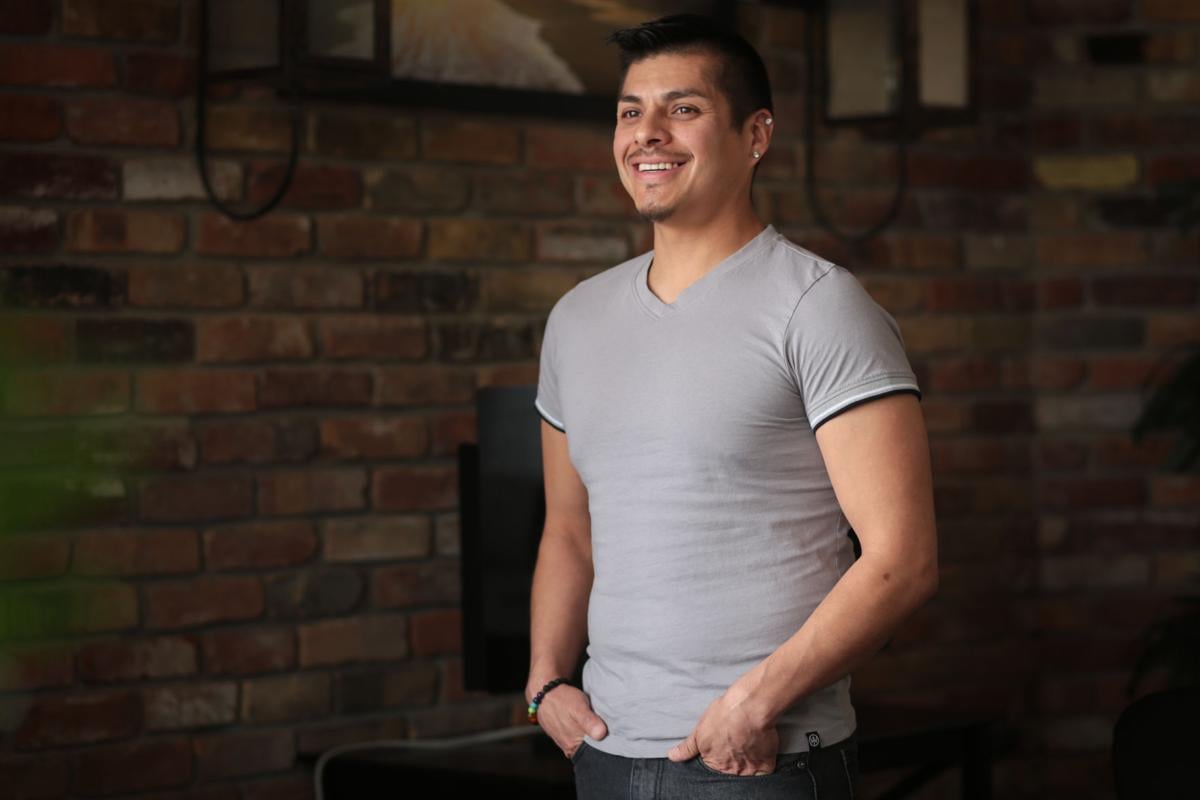 Benji Pedroza Jr., recovery coach forensic specialist, poses for a photo at the Center for Hope on Monday, April 5, 2021. 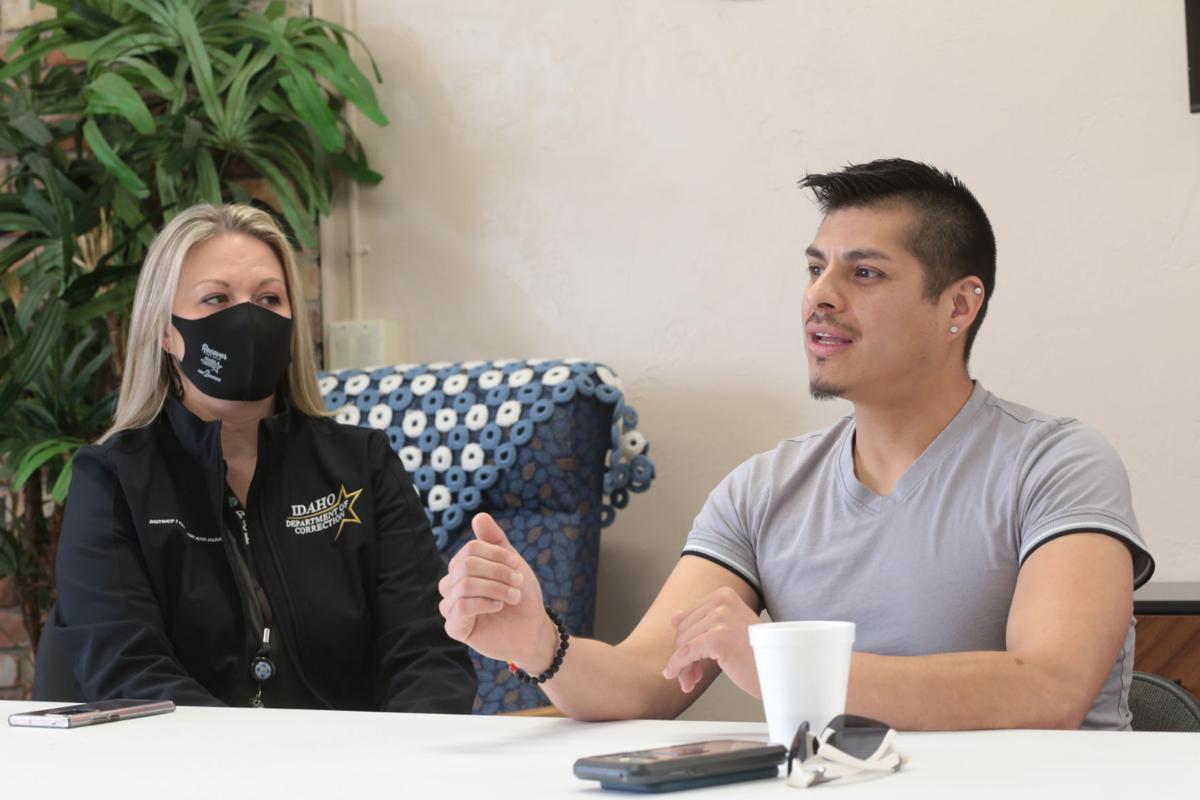 Benji Pedroza Jr., recovery coach forensic specialist, poses for a photo at the Center for Hope on Monday, April 5, 2021.

When applying for a job, a history of drug use and a criminal record are typically considered liabilities.

For Benji Pedroza Jr., however, those experiences have been an asset in his job as a recovery coach forensic specialist. So much so that he found himself with multiple job offers before he accepted his role at the Center for Hope.

“Benji breaks down this wall that sometimes we at the Idaho Department of Correction can’t,” said Stephanie Taylor-Silva, a reentry specialist for the Seventh Judicial District’s Probation and Parole office.

For several years Idaho has been shifting its prison practices to focus less on punishing offenders and more on rehabilitating them and supporting them, to prevent them from becoming trapped in a cycle of reoffending.

Pedroza’s role at the Center for Hope is to help mentor those who are starting on the road to recovery from drug addiction. According to his boss, Center for Hope Director Nancy Espeseth, the “forensic” part of his job title comes from the fact that he has struggled with addiction himself.

Pedroza has spent much of his life in and out of prison. In the past, he would make the choice to recover, only to find himself using methamphetamine or other drugs again.

“Celebration in my family always came with drug use and drinking,” Pedroza said.

Pedroza, now 34, was using drugs before he finished school. Most of his family in California struggle with addiction. He said his parents did make efforts to encourage him to work hard and avoid drugs, but their message was undermined by their own addiction and drug use.

“I’m the only one who lives in active recovery,” Pedroza said.

Pedroza tried to stop using drugs, believing he could quit on his own through strength of will. He did not participate in any formal recovery programs, however. His initial efforts were undermined as he still found himself surrounded by drug users. Pedroza recalled a job he had with late hours in which the workers used drugs to stay awake through the night.

“I thought that I could figure out another way to (quit drugs,)” Pedroza said.

A breakthrough came when Pedroza was imprisoned after moving to Nampa. He was connected to a mentor who helped walk him through recovery, and joined anonymous recovery groups that used 12-step programs.

Pedroza met Taylor-Silva after his release at a forum on reducing prison recidivism. Her story about her own struggles with addiction, and her story about recovering, being pardoned, and working for the department that once imprisoned her was unlike anything he had heard before.

“That blew my mind,” Pedroza said. “I found inspiration when she spoke up there.”

Pedroza spent two years in reentry housing after he was paroled. Today, even as he helps others adjust to life outside of prison, he still reports to a parole officer.

During Pedroza’s recovery, he spent much time at the Center for Hope. The center recently received a grant that allowed Espeseth to hire a new recovery coach.

“The job fills that gap between people getting released from prison and them getting support,” Espeseth said.

Previously, Pedroza’s history would have hurt his chances. When Espeseth reached out to him, however, he was also receiving job offers from other centers that wanted someone with experience with addiction recovery. Espeseth said treatment centers have been hiring more recovery coaches, which has increased demand for people like Pedroza. She offered him the job before the grant money was available to compete with other employers.

Pedroza chose the Center of Hope because of his personal experiences there. “This job could not have come more naturally to me,” he said.

The Center for Hope is a nonprofit, separate from the Idaho Department of Correction. The two institutions do work closely together, however, and Taylor-Silva includes Pedroza when speaking to clients about the recovery options available to them.

“This man is very much a part of my reentry team,” Taylor-Silva said. “I’ve had so many people come back to me and say, ‘Benji helped me feel not so scared.’”

That ability to connect with people over a shared experience makes Pedroza more helpful than any Ph.D. expert, Taylor-Silva said.

Pedroza works with 25 clients, helping them access drug recovery programs and making sure they have someone to talk to if they find themselves considering using again.

But he also keeps an eye on his own recovery. Pedroza now has little contact with his family, as their continued addictions could cause him to relapse as he did before.

Increasingly, Pedroza has seen his relatives pass away from overdoses, one after the other.

“My family is slowly dying off right now,” Pedroza said. “That bad lifestyle is one bad decision away.”

Even so, he hopes his family can learn from his experiences that drug addiction isn’t something they have to accept.

“It’s about how I live my life as an example now,” Pedroza said.