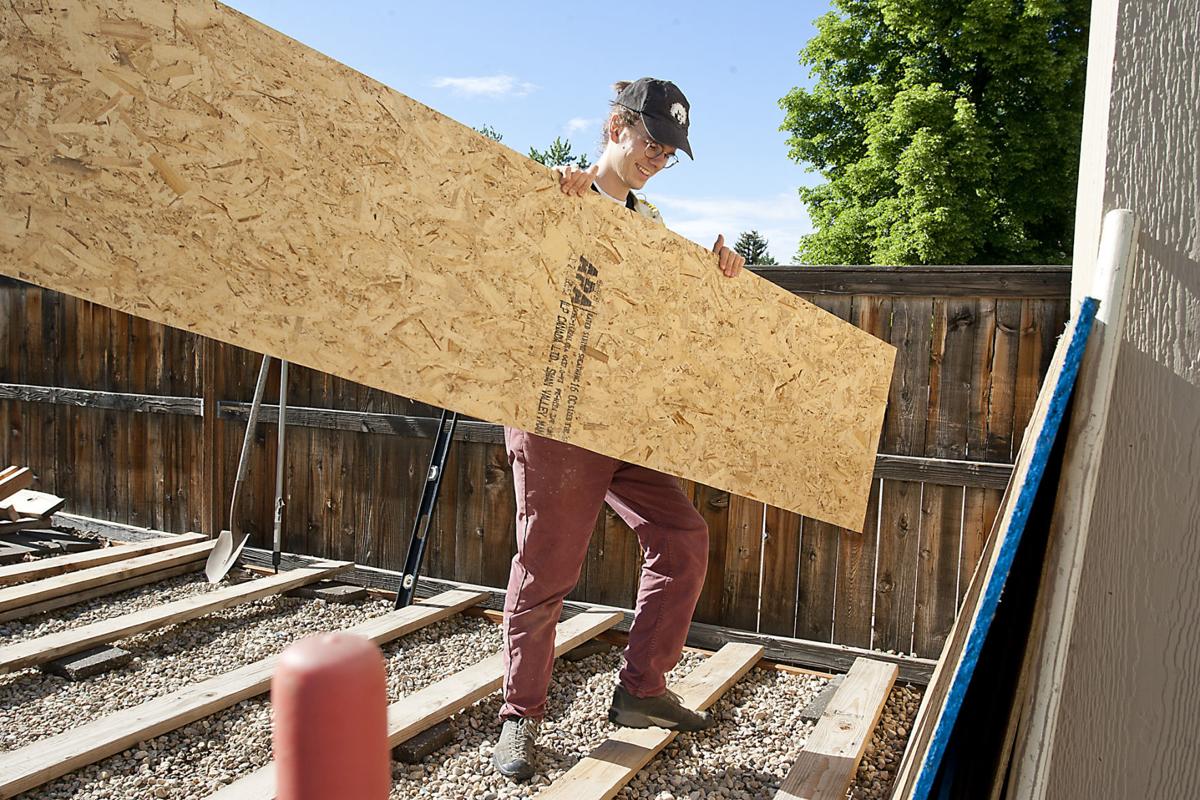 Ben Detering moves a board into place near a shed he is building in his back yard, Thursday, May 14, 2020. 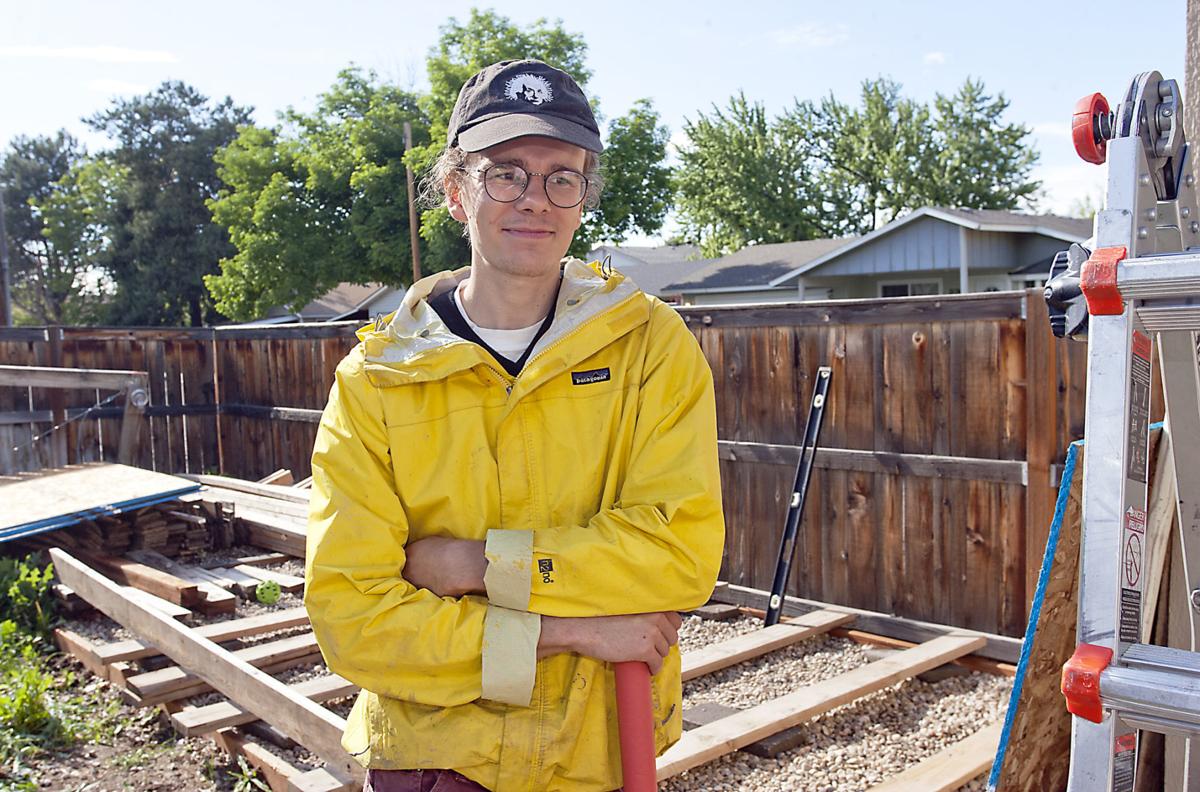 Ben Detering stands near a shed he is building in his back yard, Thursday, May 14, 2020. 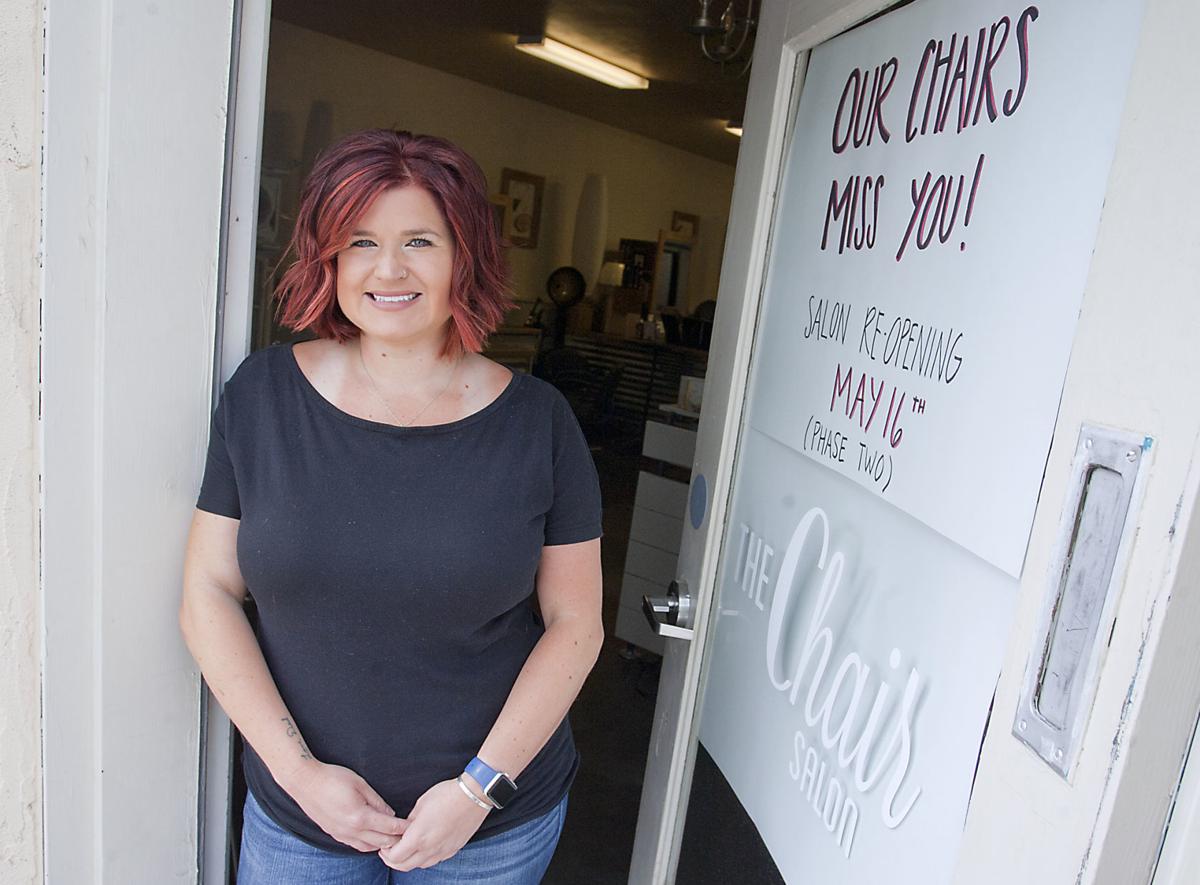 Jessi Drexler stands in the entrance to the shop where she works, Wednesday, May 13, 2020. 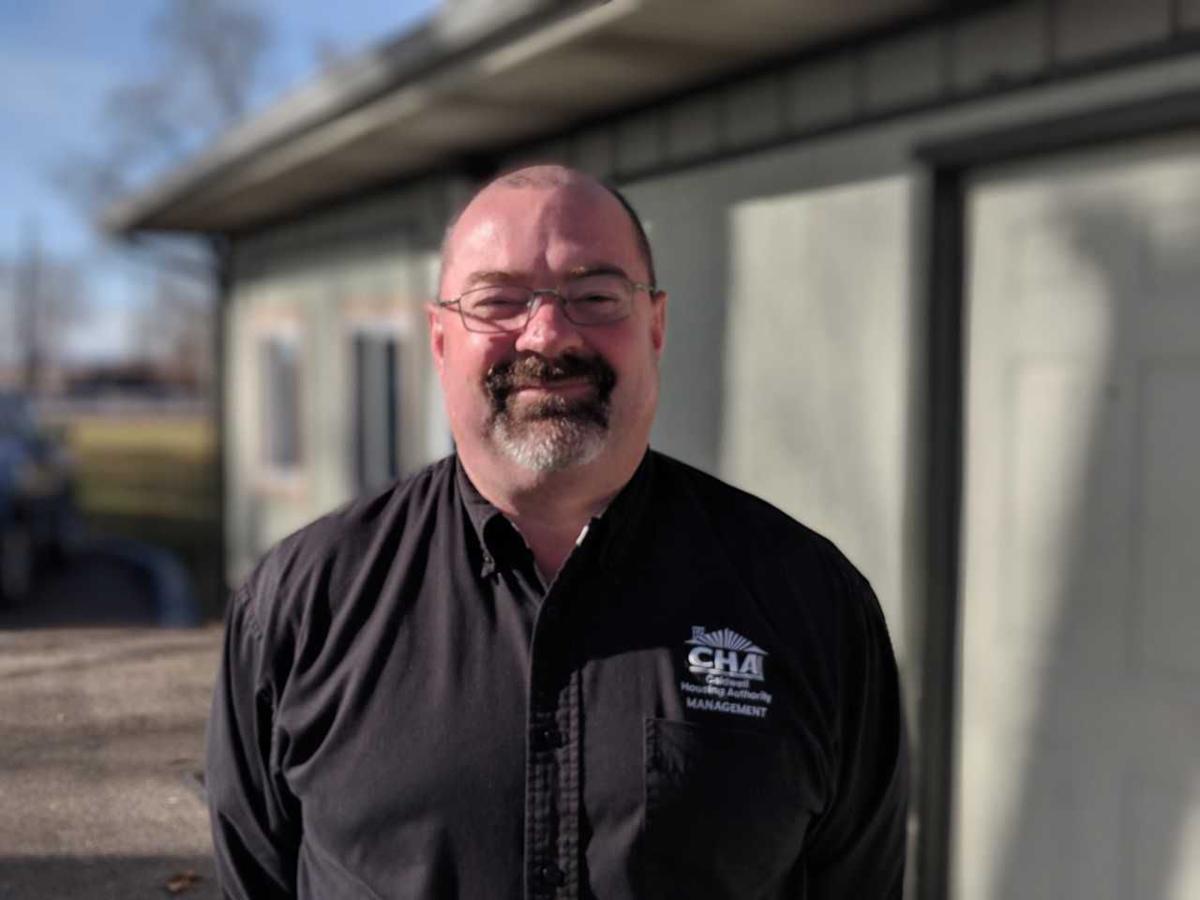 Ben Detering moves a board into place near a shed he is building in his back yard, Thursday, May 14, 2020.

Ben Detering stands near a shed he is building in his back yard, Thursday, May 14, 2020.

Jessi Drexler stands in the entrance to the shop where she works, Wednesday, May 13, 2020.

Ben Detering is making his rent affordable with his own two hands.

The self-employed contractor was already struggling to pay rent in Boise after his property manager raised the rent at the beginning of the year, but once COVID-19 hit and his projects began to fall through, he was left without a way to pay. In order to keep a roof over his head, Detering, 23, found a place to live that would charge him a subsidized rent in exchange for building a shed and some other outbuildings on the property. He drew from his college savings and sold belongings to cover his deposit and first month's rent.

“It will be a few months of work,” he said on his lunch break earlier this month. “They don’t want me to do too much work every day so I can be fairly compensated, but I should be able to stay here for awhile while I finish.”

After the pandemic closed many businesses for roughly two months and led to unprecedented levels of layoffs and hour reductions for employees nationwide, Idahoans in a variety of industries are having to find creative ways to make it by. This includes bartering their skills for money or lodging, like Detering, relying on government assistance for the first time or building up credit card debt in the hopes of paying it back once the economy returns to some semblance of normalcy.

Despite short-term government assistance available from both stimulus checks and increased access to unemployment benefits, not everyone is reaping the benefits of the programs. Detering was unable to get his stimulus check because he owed an unexpected amount in taxes, he said, and his unemployment payments from the state are still in limbo.

Organizations that serve lower-income residents across the Treasure Valley have seen an influx of demand for assistance. Even with lower rents subsidized by the U.S. Department of Agriculture, Mike Dittenber, executive director of the Caldwell Housing Authority, said about 10% of his tenants in April were late on rent, and a few did not pay at all.

The housing authority has launched a rent relief program to help residents impacted by the pandemic, Dittenber said. It also has a contingency fund to help cover missed rents.

Dittenber said he is trying to find a balance between working with people who are struggling to pay rent during this time and ensuring the housing authority can pay its staff and keep the 243 units open.

“We just want to have a dialogue,” he said. “We are trying to keep people in housing because everything is so much easier if you have a home, you have an address, you likely have a phone number. Housing is health care, housing is a whole bunch of things.”

Brian Stutzman, a landlord for what he describes as "high-end" residential properties and some commercial buildings in Idaho Falls, feels differently. He said due to the stimulus and unemployment payments, renters should have no issues paying their bills in the short term.

“Renters today, right now, short-term, have more money to pay their bills than they ever have,” he said. “There should be no evictions unless they’ve gotten their money and they’ve misspent it on their bills. There is not an issue, and there should not be an issue unless there’s mismanagement.”

However, he did express concern about impacts on residents being able to pay their rent after federal stimulus payments end. He is also concerned about his commercial tenants being able to make rent as businesses deal with restrictions and the economy contracts.

Some of those hit hardest by the pandemic are those in the beauty industry. Jessi Drexler, a hair stylist in Meridian, has been out of work since the end of March when her salon was closed until May 16 due to stay-home orders. She filed for unemployment, but because of the backlog of claims filed with the Department of Labor she has still not received her payment or any back pay.

In the meantime, Drexler relied on her small amount of savings, assistance from her boyfriend with bills and a climbing balance on her credit card. She also had to purchase extra cleaning supplies and masks to prepare for reopening under the governor’s order.

“I don’t want to just receive unemployment,” she said in early May. “I want to go back to work. I started a business all by myself, and I want to make my own money. I’m not the type to sit around and collect a free handout."

Drexler was able to reopen her salon once Idaho moved into Phase 2 and is now trying to make up for the income lost during the nearly two-month closure.

Idaho unemployment reached a record high of 11.5% in April, the Department of Labor announced Thursday.

Laid-off workers as of Thursday have filed 136,901 unemployment claims since the pandemic hit Idaho in mid-March — more than double the number of claims filed for all of 2019. Thousands of Idahoans are still awaiting payment, some of them with claims pending from mid-March, but as of Monday the Department of Labor could not estimate how many outstanding claims still need to be fixed and payments be sent out.

Caleb Long is a steelworker in Caldwell. His company makes the steel framework for buildings and he normally works around 60 hours each week. With fewer developers taking on building projects during the outbreak of the coronavirus pandemic, Long said many jobs in the steel company are “up in the air.”

His company recently reduced everyone’s hours to 40 a week due to the slowing economy. Long said he's still be able to make rent, but won't have as much for other expenses.

“I won’t have that added luxury,” he said.

The construction industry was one of three Idaho sectors to have more jobs in April 2020 than in April 2019, according to the Labor Department.

Still, Long has no idea when his work hours will be restored.

“As far as I know there is no crystal ball on when things will pick back up," he said.