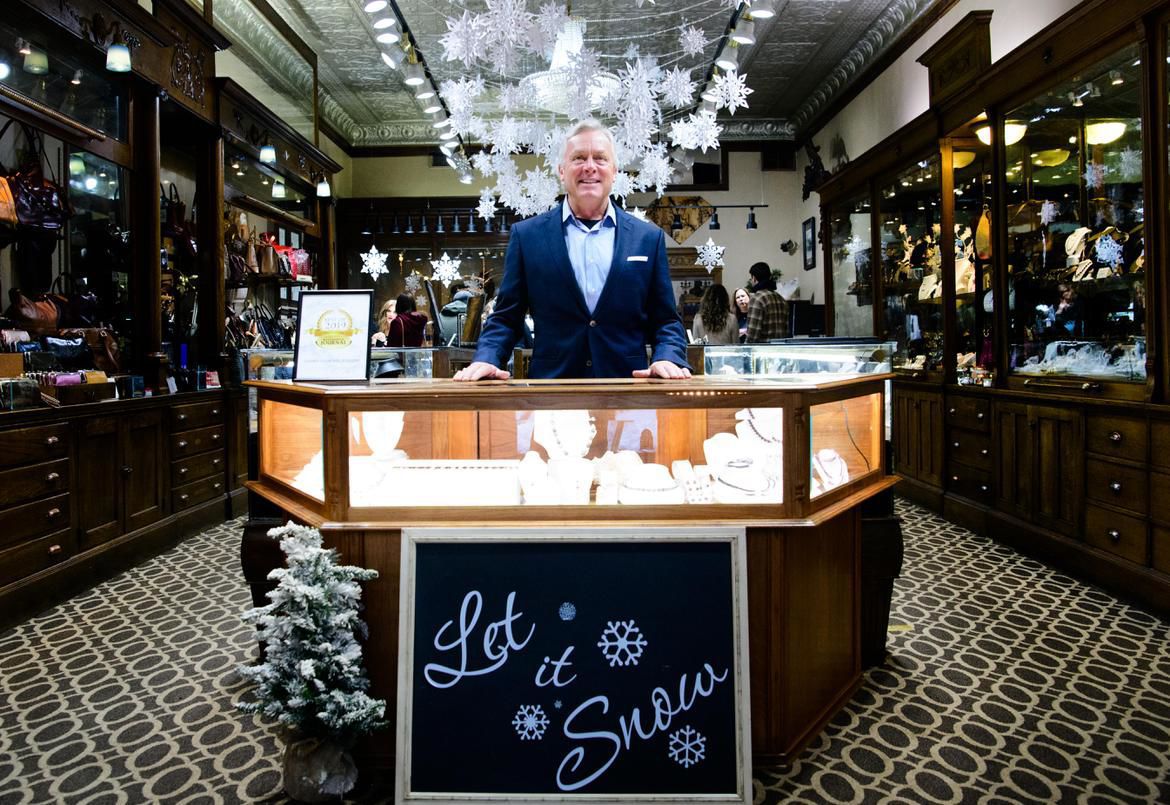 Dan Clark of Clark's Diamond Jewelers poses for a photo at one of the counters in his daughter Jane Clark’s store on Saturday. 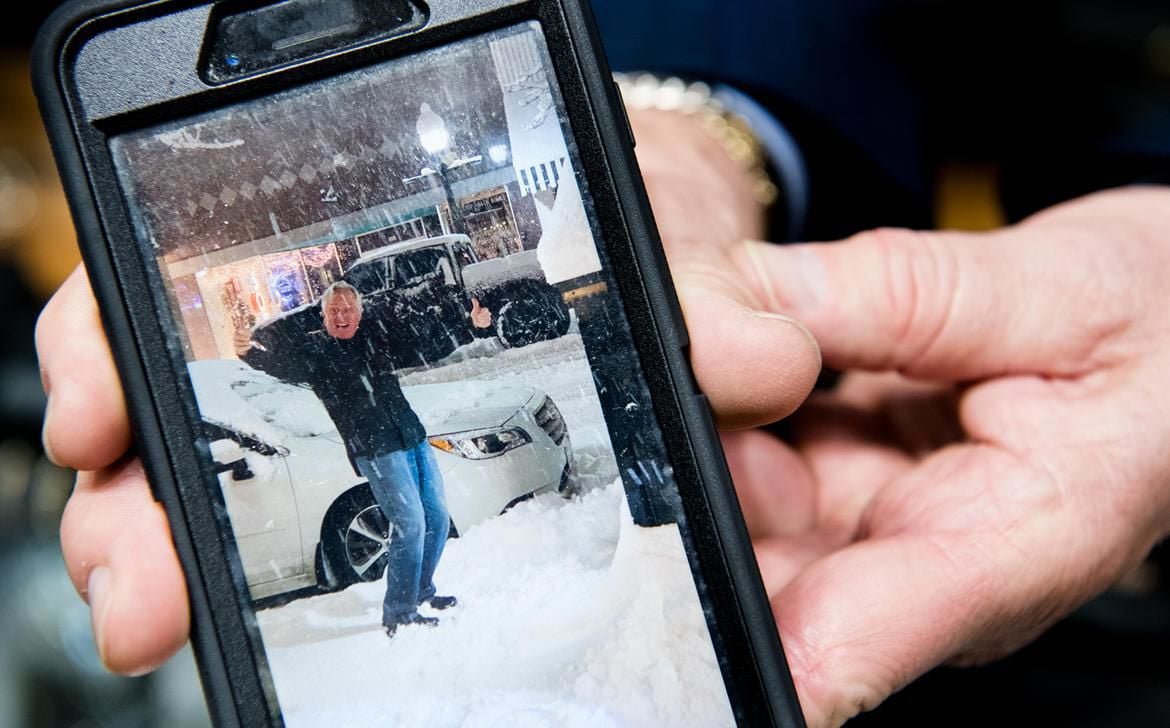 Dan Clark of Clark's Diamond Jewelers shows a cellphone photo he took Friday night outside his storefront as snow dusted the Inland Northwest through the night on Saturday, Jan. 11, 2020, at Clark's Diamond Jewelers in Coeur d'Alene. Clark's ran a promotion promising customers who bought jewelry around the holidays a full refund for their purchases proved it snowed at least three inches in Coeur d'Alene on Saturday, Jan. 11.

COEUR D’ALENE — In late November, Clark’s Diamond Jewelers owner Jane Clark made a wager with an insurance company: she would put up a percentage of the store’s holiday sales, and the insurance company would refund those sales if a certain date in January had at least 3 inches of snow.

Clark wanted the best odds for her customers, so she enlisted climatologist Cliff Harris to help her decide when snow most likely.

Harris was certain the Coeur d’Alene area would have snow between Jan. 10 and 13, so they went for the day right in the middle: Jan. 11.

“I felt like this was the year we were going to nail it,” Clark said. “I paid a lot more to get the best odds for our customers.”

As it turns out, Harris’ long-term forecast was spot on. Jan. 11 was Saturday. And by 9:30 a.m. Saturday, Harris had measured 3.3 inches at his Coeur d’Alene weather station, the official measurement site for the promotion, Clark said.

“He was up all night measuring the snow,” Clark said.

Now that the mark seems to have been hit, it seems the insurance owes Clark’s customers about $500,000 in refunds.

Clark was hesitant to call the outcome of the promotion, since a third party must verify the snow total, but Harris is convinced the snow measured up. The third-party company measures snowfall using Doppler radar, which should show a total around 4 inches, former owner (and Jane’s dad) Dan Clark said.

This isn’t the first time Clark’s Diamond Jewelers has been right for a snow promotion.

After the jewelry store doled out refunds for a similar promotion in 2005, when the total was 6 inches at Schweitzer in 12 hours, companies that provide promotional weather insurance wouldn’t re-up with Dan Clark, the owner at the time.

“It was a big deal,” said Dan Clark, who recalled refunding around $250,000 to customers that year.

Dan Clark said he got the idea from a wind-related jewelry promotion in Montana in 2001 or 2002. He said you can insure just about anything, but the trick is to get an affordable policy that is likely to happen.

The promotion that got away was when he was offered a cheap policy for a Seahawks Super Bowl win, Dan Clark said. A few months later, in 2012, he was regretting his decision to pass.

Jane Clark took over ownership about four years ago and ran the promotion her first two years leading the jeweler. She didn’t do so last year due to the lack of snow, but she wanted to try again this year.

Now Clark says she feels sorry for customers who opted out of the promotion to get a lower price on their merchandise. About 500 people opted in, she said.

“Everybody is so excited,” said Dan Clark. “Where else does it snow diamonds?”