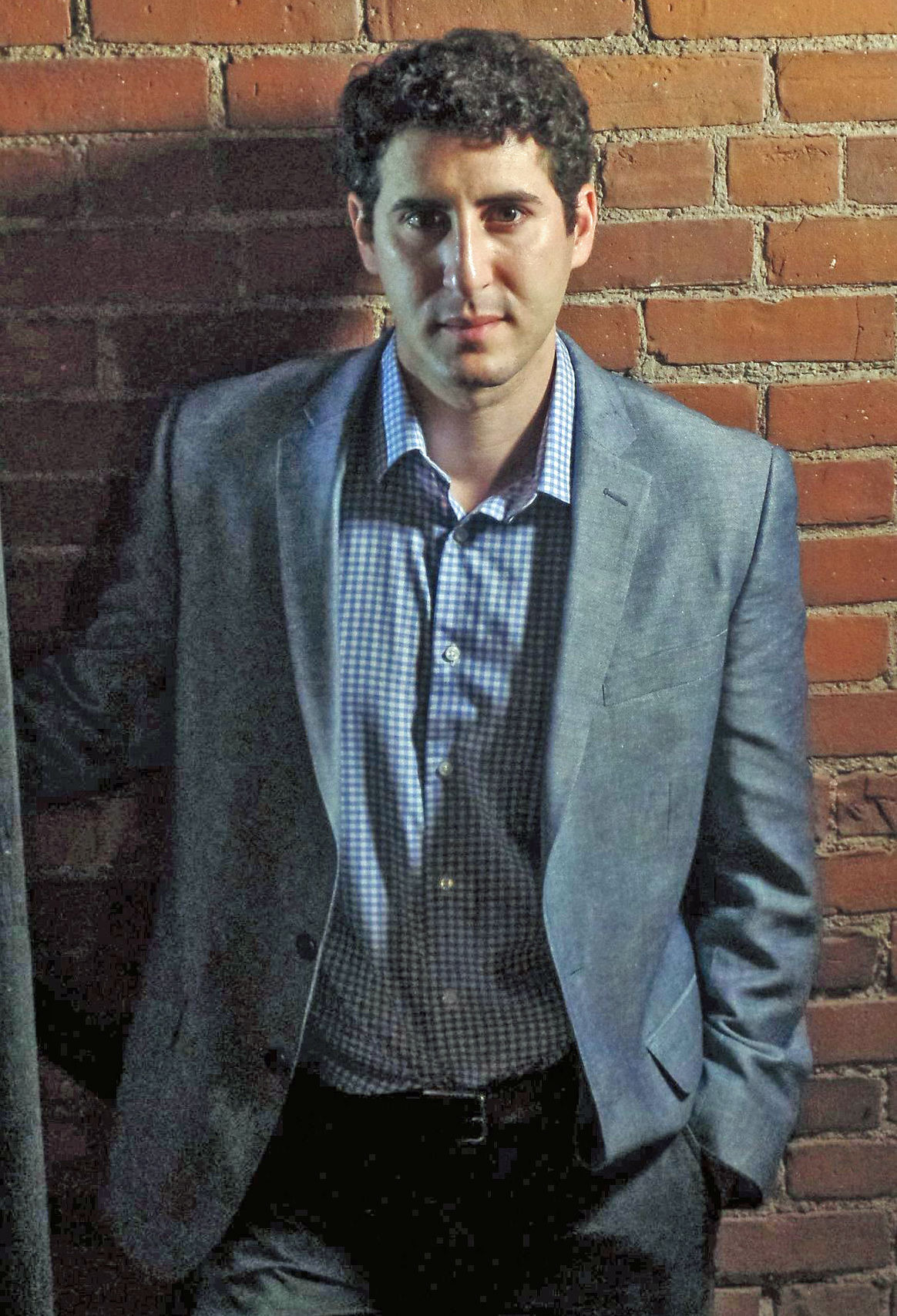 Daniel Barbarisi authored a book on the people and events surrounding the hunt for the Fenn treasure. 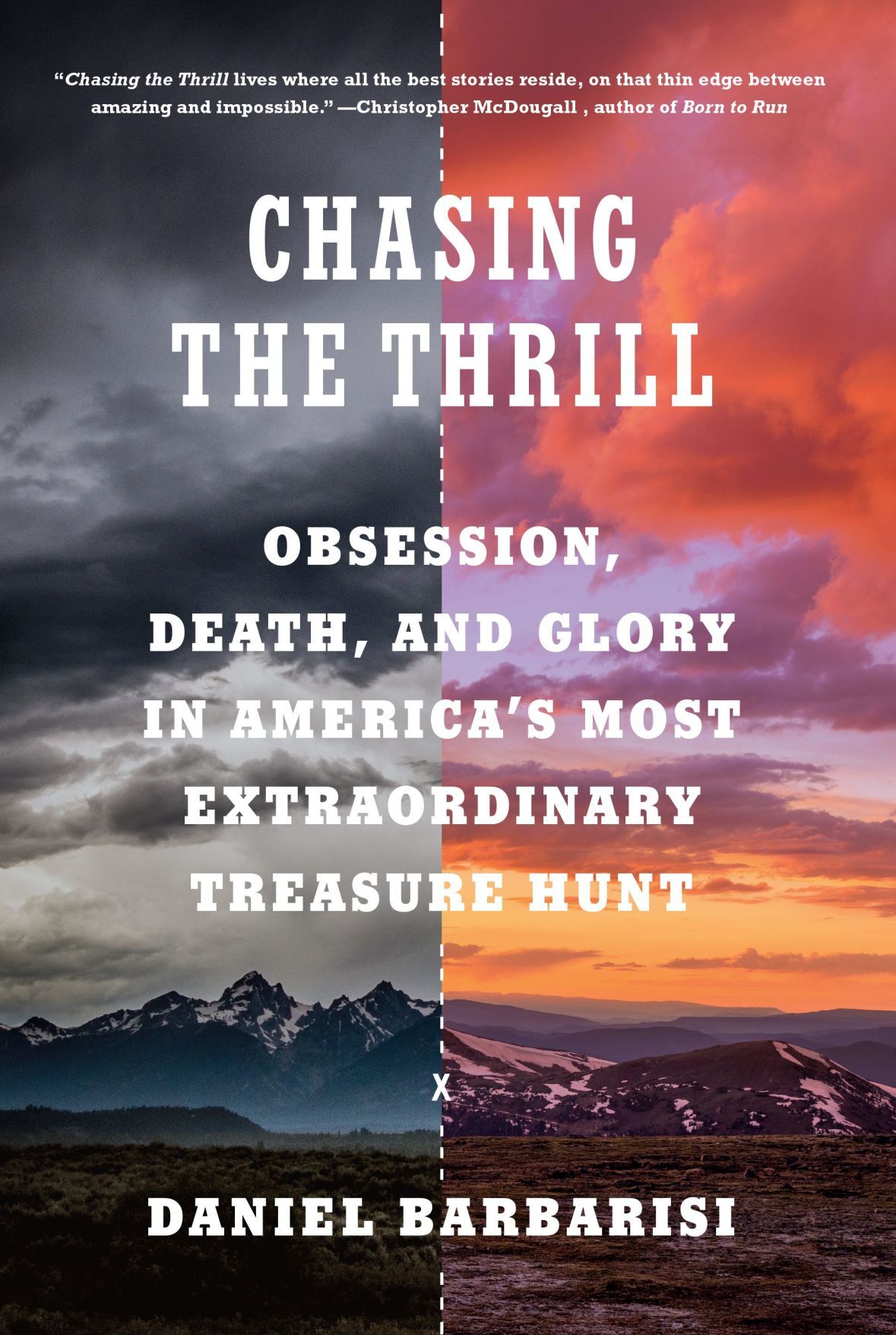 Daniel Barbarisi authored a book on the people and events surrounding the hunt for the Fenn treasure.

Digging up outhouses because Forrest Fenn’s treasure poem included a hint about the “house of Brown” may be one of the most unusual solves author Daniel Barbarisi uncovered while researching his new book.

“The logic leaps are perhaps a little farther afield than one might think would be useful,” said Barbarisi, a former sports reporter for the Wall Street Journal, in a recent phone interview.

Now out in bookstores, Barbarisi’s “Chasing the Thrill, Obsession, Death and Glory in America’s Most Extraordinary Treasure Hunt” is drawing widespread media attention, as did the search.

The person who solved the riddle and found the treasure didn’t need “to use anagrams, or break codes, or find GPS coordinates hidden in the words, as so many searchers were trying to do,” the author wrote. “One needed only to understand what the poem’s author wanted to convey …”Wyoming

The treasure was found somewhere in Wyoming in June 2020 by Jack Steuf, a Michigan medical student.

“For Fenn hunters, the moment they heard the chest was found was akin to learning about the Kennedy assassination, or the Challenger explosion, or the 9/11 attacks,” Barbarisi wrote. Even though Fenn announced the find, veteran searchers were skeptical and even questioned if the whole ordeal had been a hoax.

The actual location may never be revealed because Fenn didn’t want it to turn into a tourist attraction, Barbarisi wrote.

Steuf told the author that two interviews Fenn gave helped him narrow the search. Even then, the discovery was not simple. Steuf made three trips in 2018, a 10-day search in 2019 and came within 200 feet of the chest before finally finding it in a “nook” covered with pine needles.

“And yet he did not feel anything triumphant, no sense of victory,” Barbarisi wrote.

Fenn’s antique chest, only 10x10x5 inches, had been loaded with gold, jewels and antiquities valued at between $1 million and $3 million. At auction, the price could be considerably higher given the interest in owning such an unusual piece of history. One might think Steuf would be elated.

Instead, he became paranoid, “overwhelmed by the potential problems finding the chest would cause.” That paranoia proved perceptive. Steuf was sued within days of finding the cache.

Barbarisi said he had his book mostly written when the treasure was discovered, forcing him to scramble to add the new information, including the first interview with Steuf.

Barbarisi tracked Steuf down after he published an anonymous online report about his find on a website. After email and then Zoom interviews, Steuf eventually gave the author permission to see the chest, which was being held by attorneys in Santa Fe, New Mexico, Fenn’s hometown.

“That was a very cool experience,” Barbarisi said.

Fenn died only a few months after the treasure was found, possibly suffering a stroke and never regaining consciousness.

When asked if he thought Fenn was happy the chest was discovered, Barbarisi said he could only infer based on what people close to Fenn said.

“My guess and feeling … is that he really enjoyed the experience of being able to talk about it with Jack and have the finder come to him and show him that he understood him, and that he solved this puzzle and they got to bond over that and talk over that,” Barbarisi said. “I think for Fenn that was a really wonderful experience and he truly enjoyed that.

“However, at the same time I think he was a little disappointed that his hunt was gone from the world, and that it wasn’t going to outlive him and be the thing that was tantalizing people even after he was gone. Because I definitely think he liked that idea.

“You know, in the same way it might be cool for all of us to attend our own funeral, but you don’t really want to die.”

As part of his research and immersion in the culture of the hunt, Barbarisi took part in the search, which he said was what he will take away as the most enjoyable part of the entire experience, especially a hunt in Yellowstone National Park.

“It makes you feel like a kid,” he said.

He paired up with veteran hunters and a friend to try and solve the clues Fenn had provided in his books, blog posts and the all-important poem. The writer and other hunters visited Yellowstone because Fenn’s autobiography mentioned his vacationing there as a youngster in the 1950s.

It was while in Yellowstone that Barbarisi believed he was about 10 minutes away from finding the treasure in Biscuit Basin along the Firehole River.

“I’d always thought that if the treasure was actually hidden in Yellowstone, it would be somewhere right along the Firehole itself,” Barbarisi wrote.

The searching was also a low point when the solution proved incorrect, he noted.Crimes

Crimes were committed by searchers, including violations in Yellowstone where law enforcement officers busted two searchers who went to extremes. One rappelled into the Grand Canyon of the Yellowstone in winter and had to be rescued. Rodrick Craythorn dug up historic graves in a cemetery near the park’s headquarters at Mammoth Hot Springs, Wyoming.

“Yellowstone is one of the country’s most popular national parks and we must do everything in our power to investigate and prosecute those who damage and destroy its natural and cultural resources,” wrote Bob Murray, acting United States Attorney, in a press release after Craythorn was sentenced in federal court. “A national park is no place to stage an adult treasure hunt motivated by greed. The harmful actions of Mr. Craythorn, no matter the reason or intent, destroyed valuable archaeological resources that cannot be undone.”

According to Barbarisi’s research, Yellowstone National Park responded to 21 “incidents of various degrees of seriousness involving Fenn hunters from 2013 through the summer of 2020,” along with many others where the people wouldn’t admit to being treasure hunters when they “got themselves in trouble or in danger.”

One of the hunters Barbarisi writes about, Jerry, visited Yellowstone in May, not realizing it would still be snowy and cold. After getting his truck stuck, Jerry abandoned the vehicle and snowshoed six miles with insufficient supplies.

“The treasure was tempting him, calling out to him, overriding his rational brain,” Barbarisi wrote.

Jerry agreed, telling the author, “I didn’t want to stop — part of it is, you spent all this time and money to get out there, and there’s this ‘what if?’”Deaths

Five searchers died in pursuit of the treasure, victims of drowning, falls and hypothermia as Fenn’s clues led them to remote locations. Those deaths included Jeff Murphy, a 53-year-old Illinois man, who fell 500 feet off a cliff while searching in Yellowstone.

Barbarisi wrote he was surprised at “how little sympathy Fenn seemed to have for those who had died in the service of his chest.” The author went on to note that he began to feel that Fenn cared more about “how the world, and history, would view him and his hunt” than the unfortunate hunters. Despite the deaths, Fenn told Barbarisi he had only briefly considered calling off the search.

“It’s always a concern but what do you do about that?” Fenn told the Billings Gazette in a 2016 story about the search for a lost couple south of Cody, Wyoming. “A man goes hunting in the woods and gets lost, who do you blame? The man? The game? The fish? Who?”

Some hunters went into bankruptcy searching for the treasure or lost their jobs. Obsession with the hunt ended relationships. Two female searchers accused Fenn of seeking sex in exchange for clues.

Barbarisi’s hunting partner contemplated the downside of actually finding the riches — death threats, blackmail, robbery, harassment, extortion or attempted violence from other searchers who believe the finder had “stolen what was rightfully theirs.”

“You kind of have to think about all of the things that can happen, you know?” Barbarisi said. “The money changes your life, but the experience changes us more, because everyone now treats them very differently. Every interaction is colored by that.”Enticing

Barbarisi’s book recounts previous treasure hunts that are less well known, as well as the aura around treasure hunting that dates back to novels like “Treasure Island” and movies such as the Indiana Jones series.

“They show that we all kind of want to believe in something, that we all want to think there’s something a little bigger than ourselves out there and that we can go seek it, look for it, believe in it, quest for it,” he said. “I think that’s what makes treasure hunting itself so attractive, to some degree, is that when you search for that treasure you have the chance to be part of that larger story. You get to put yourself into that. And if you ever find it, you and that treasure are enmeshed in it forever. The chance to go find something and search for it and potentially seek it and beat other people to it, these are all really attractive ideas.”

Right now, it’s hard for Barbarisi to say how history will treat Fenn — whether he will be seen as an egotistic seeker of fame or the engineer of one of the most exciting quests of modern times.

“So much of what made this a special treasure hunt was not the value of the chest, although that certainly helped,” Barbarisi said. “It was Forrest Fenn. Who this guy was and how intriguing he was, the way he presented all of this, and his personal involvement in the chase” made the hunt so unique.