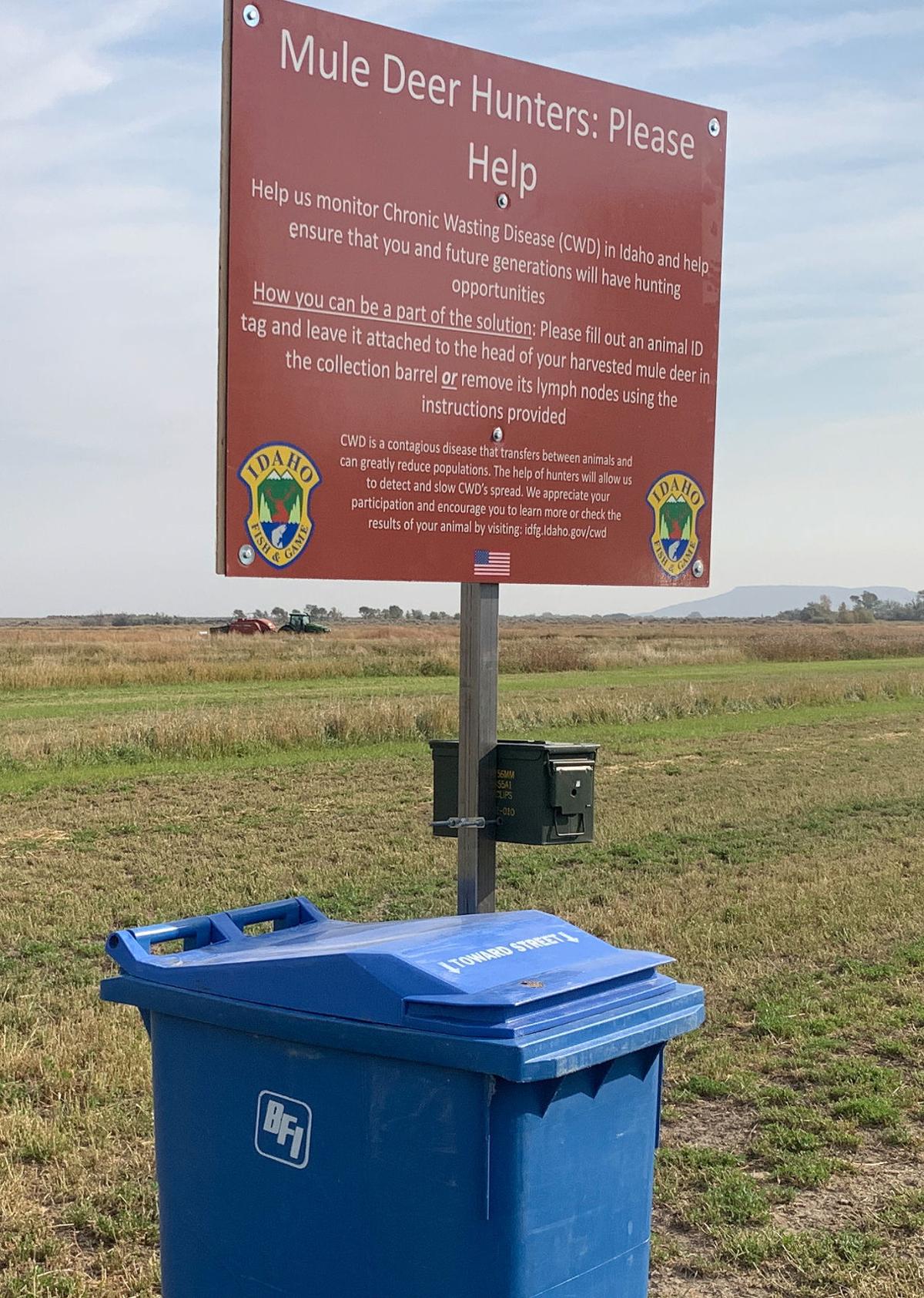 Idaho Fish and Game is requesting deer hunters to place lymph node or head samples in the posted barrels in an effort to track chronic wasting disease. 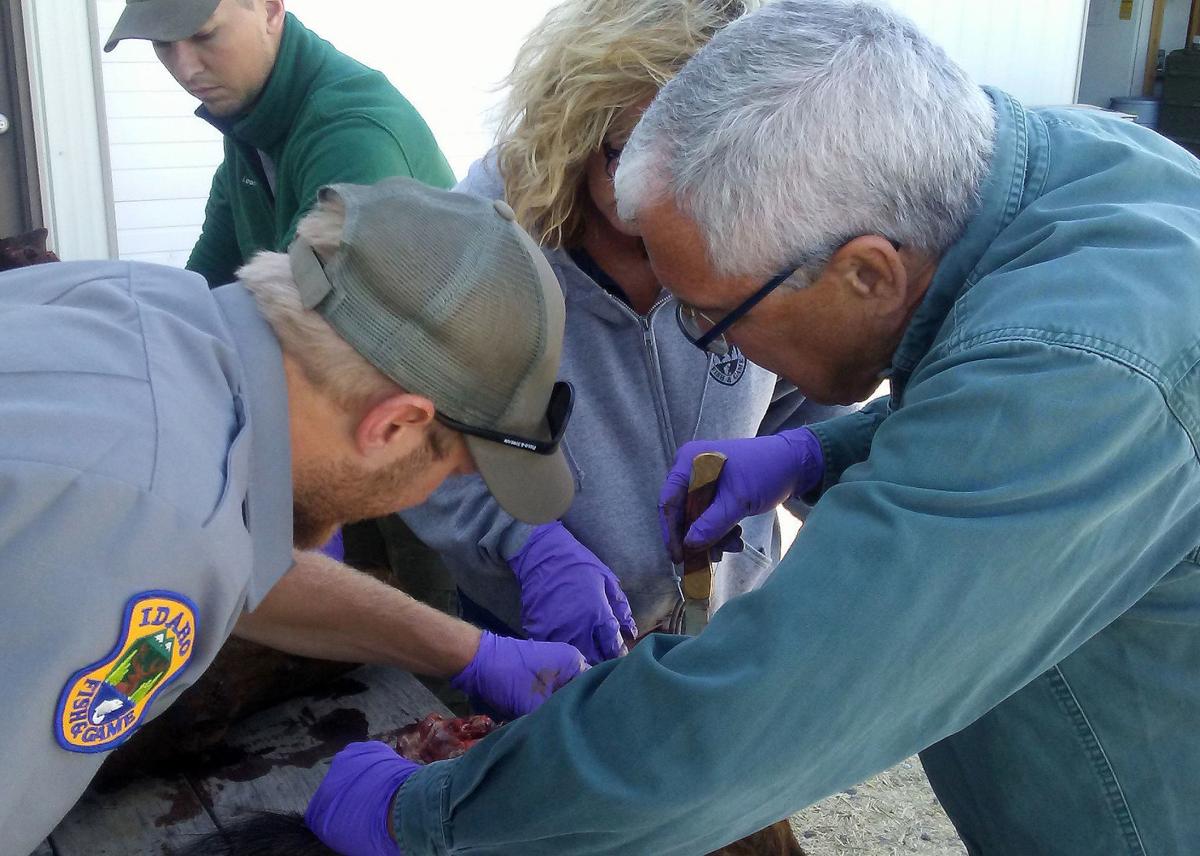 Region 4 Idaho Department of Fish and Game staff receive hands on training in testing for chronic wasting disease by removing lymph nodes from a deer. 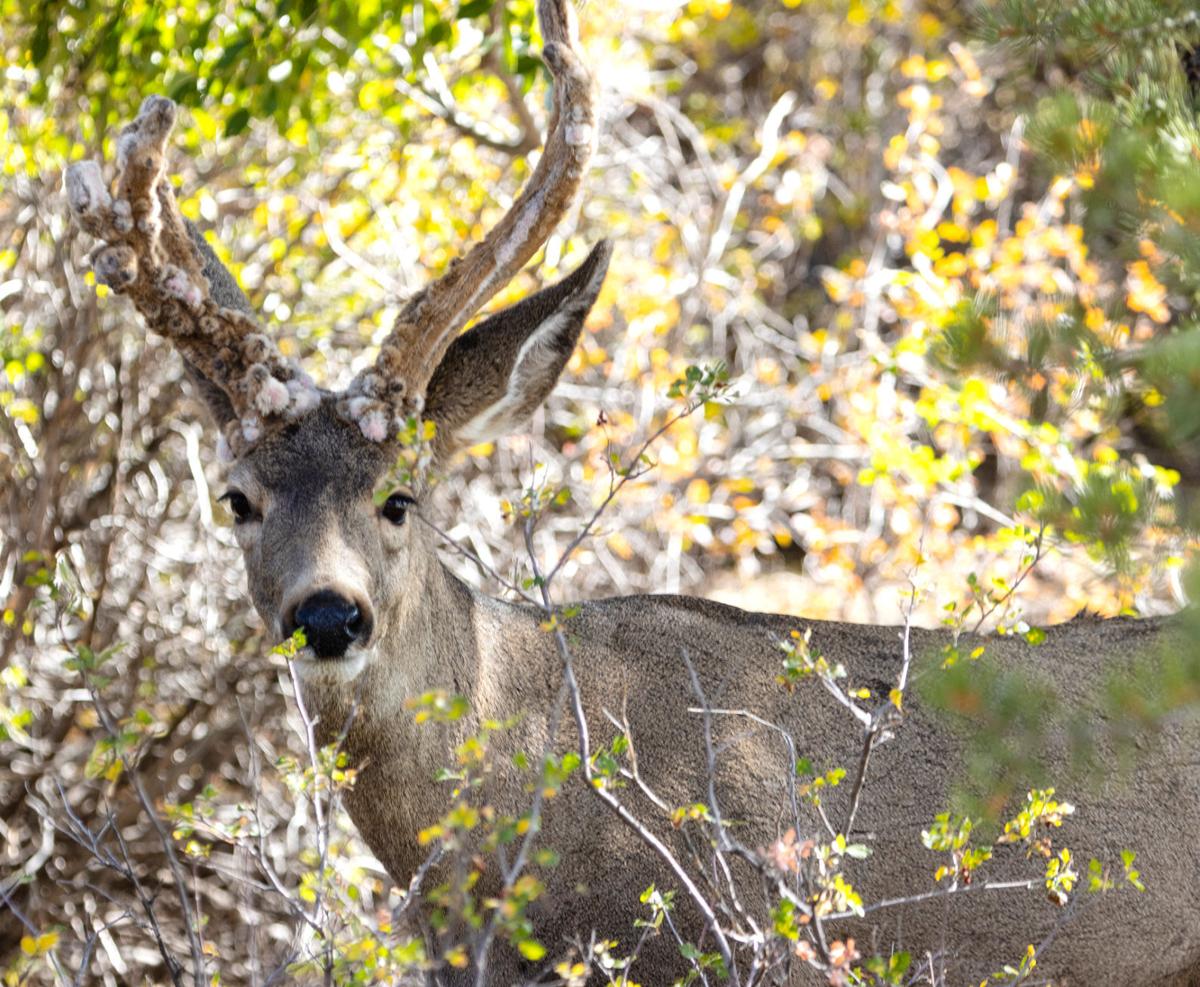 Idaho Fish and Game is requesting deer hunters to place lymph node or head samples in the posted barrels in an effort to track chronic wasting disease.

Region 4 Idaho Department of Fish and Game staff receive hands on training in testing for chronic wasting disease by removing lymph nodes from a deer.

Idaho Fish and Game is ramping up its efforts at detecting chronic wasting disease, especially in eastern Idaho, by calling on hunters to provide samples from harvested deer this hunting season.

Although the disease — also called “zombie deer disease” — has not been detected in Idaho, the bordering states of Montana, Utah and Wyoming all have chronic wasting disease in their big game herds. Some animals have been found with the disease within a few miles of the state line in Star Valley, Wyo.

The contagious disease is fatal to mule deer, white-tailed deer, elk, caribou and moose. Chronic wasting disease is similar to bovine spongiform encephalopathy, or mad cow disease. Infected animal symptoms include “excessive salivation, drooping head or ears, tremors or shaking and extremely low body weight. The animals may also show no fear of humans or lack coordination,” according to Fish and Game.

Fish and Game said the main push to obtain samples will begin at the start of the general season Oct. 10.

“We’ve got some (chronic wasting disease) barrels that we’ll be putting out shortly,” said James Brower, Fish and Game regional communications manager. “We’re doing our best efforts to make sure we’re able to detect it if it does come to the state so that we can act accordingly.”

Hunters are being asked to provide deer heads or lymph nodes from harvested animals to help Fish and Game biologists increase the number of animals tested this year. The hunter-supplied samples will add to the data Fish and Game collects from road killed animals.

Besides regular check stations, Fish and Game plans to have barrels at various locations similar to wing barrels used by grouse hunters. Hunters can also take samples to regional offices. Hunters can get detailed information about the disease, including how to provide a sample, online at idfg.idaho.gov/cwd. Drop-off locations are also available online at idfg.idaho.gov/cwd/sampling/locations.

Hunters are also asked to not bring certain parts of deer, elk or moose into the state from other states known to have the disease.

“It’s a pretty scientifically based monitoring effort to be able to detect it in areas where it is mostly likely to cross the border,” said Morgan Pfander, regional wildlife population biologist during last year’s hunting season. “I think we’re just doing everything we can to keep an eye on it. We’re doing everything we can to keep it out of our state. Hunters being really responsible about where they transport game is a big part of that.”

Fish and Game said its current sampling strategy has a 95% chance of detecting a 1% prevalence of the disease.

“It’s not a mandatory thing, but it is definitely a helpful, useful tool,” Brower said of the hunter sampling request. “People who get their samples tested will be able to know whether their harvested animal is (chronic wasting disease) positive or not. It’s good peace of mind.”