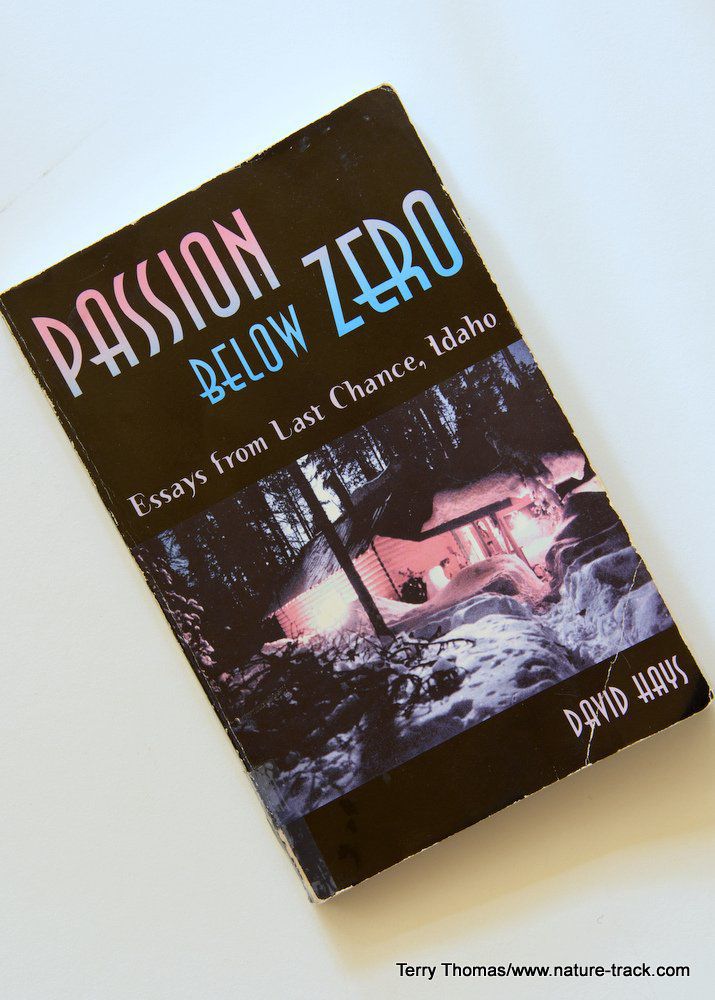 “Passion Below Zero” is out of print, but used copies can still be found on Amazon.

“Passion Below Zero” is out of print, but used copies can still be found on Amazon.

When this nature column started over 20 years ago, of the four authors tasked with it, there was one writer who stood out with prose that caused me fits of jealousy and excited me at the same time. His name was David Hays and he was the owner and editor of the Island Park Bugle, a weekly publication that reflected his style, “The picture in my head was a turn of the century newspaper, non-mean spirited, somewhere between cute and quaint.”

His quality of writing is something I have always strived for in this column. His writing style was impossible to mimic, but I have always tried to create prose equal to but different than his. I have seldom succeeded in even approaching his talent for turning a phrase.

After moving to Island Park, I discovered that David Hays had written a book about his life in Island Park (a collection of 88 essays from the Island Park Bugle). He was such an interesting character that many long-time residents still remembered him fondly years after his death in 1999, and I determined to read this book in my first year there. I scored an Amazon triumph, finding a used copy of his out-of-print book, “Passion Below Zero, Essays from Last Chance Idaho,” (1995, Lost River Press) and began to read.

Hays’ style was at once adventurous, lively and, well, occasionally a bit mad, or at least puzzling. His free-wheeling pen seemed to lasso words at random, splashing them onto the page in prose that delighted and occasionally confused, using words in unique combinations. For example, “I home on a good half-acre at the end of an old road that sneaks off through the trees like an evening deer, off of an even older quiet road, near but not on the river, the Henrys Fork, the splendid main artery of an old volcano.” Sometimes I had to re-read a phrase to catch its meaning and more than once I was left a bit baffled at his word associations. But I loved it, and his passion for Island Park enveloped me like river mist. I was hooked.

Hays, a former professor with a Ph.D. in cultural anthropology, worked and lived in a one-room cabin without running water and where daylight and winter wind could sift between the cracks in the uninsulated walls and floor. It was, by almost any standard, an unconventional life, and perhaps that led to the uncommon clarity of thought, wit and wisdom that are braided through each essay.

Every page was full of gems worthy of remembering, but I was loath to do much underscoring. I wasn’t sure just how difficult it would be to get an additional copy, and I didn’t want to highlight something today only to have it distract me from a different passage on a future reading.

“Passion Below Zero” is a great read from a mind that definitely did not color between the lines. I am torn what to do with my copy. I know a neighbor who was friends with David and would love to read the book. He may get it next. I may then donate it to the Island Park library if they don’t have several copies already. But first I think I will read it again, something I haven’t done with a book since I was a kid.

Hays passed away shortly after he started to write for the Post Register, an unfortunate fact that likely has kept me, instead of him, writing this nature column. I could have never competed with his prose, wit and wisdom.