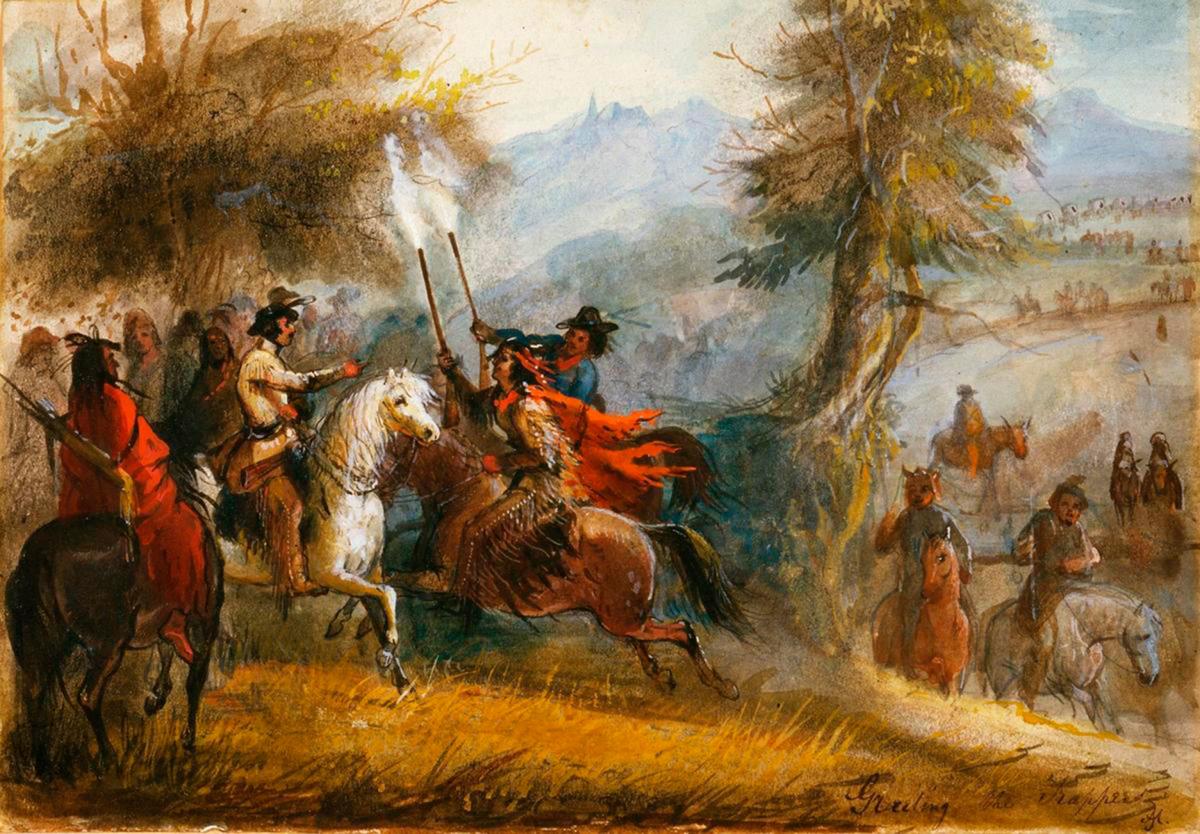 Alfred Jacob Miller (1810-1874) painted this watercolor titled “Greeting the Trappers” around 1837 based on his travels to a mountain man rendezvous. 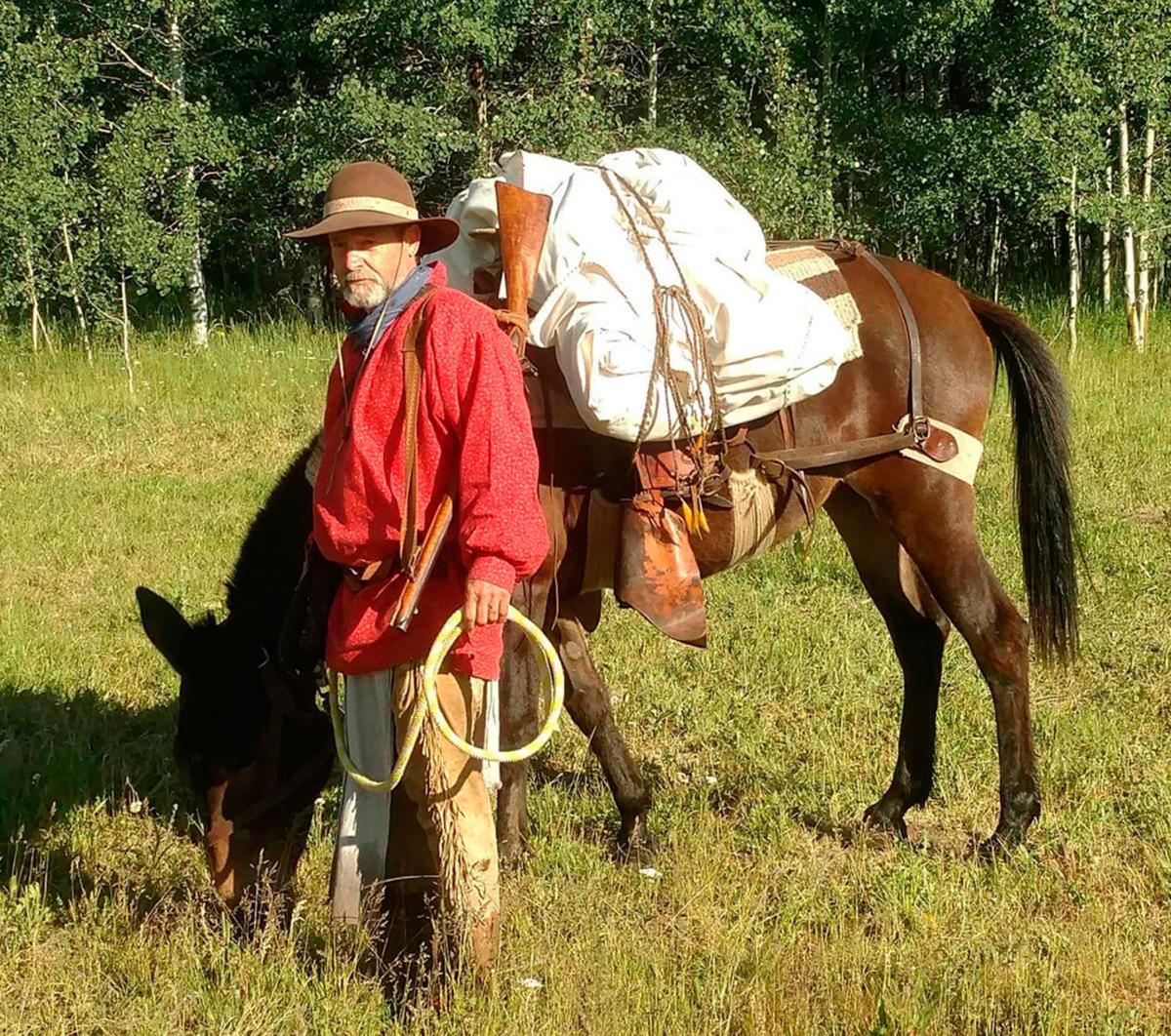 Jack Mitch dreamed up the trip as a way to test the mountain man and outdoor skills he’s learned over the years. 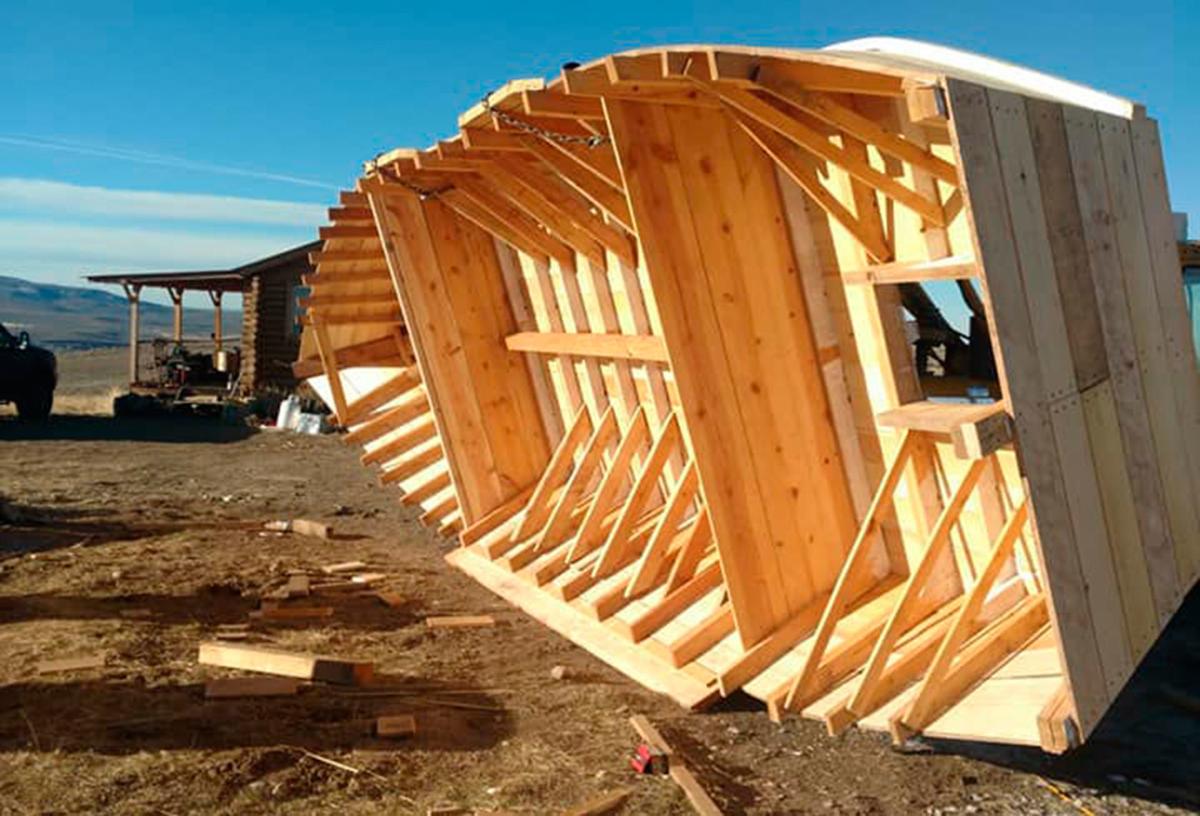 Bailey compared the keelboat to a floating shed. It won’t be easy to row, since he sacrificed that part of the design for a deeper more stable hull.

Alfred Jacob Miller (1810-1874) painted this watercolor titled “Greeting the Trappers” around 1837 based on his travels to a mountain man rendezvous.

Jack Mitch dreamed up the trip as a way to test the mountain man and outdoor skills he’s learned over the years.

Bailey compared the keelboat to a floating shed. It won’t be easy to row, since he sacrificed that part of the design for a deeper more stable hull.

In 1825 William Henry Ashley and a group of mountain men made a roughly 800-mile trip on packhorses and then boats northeast across what is now Wyoming and on into Montana and North Dakota.

“They were really pushing the limits,” said Conan Asmussen, 35, of Kamiah, Idaho. “They didn’t know the route and had to worry about Indians attacking them.”

Ashley was returning from the first fur trapper rendezvous along the Henry’s Fork of the Green River near present-day McKinnon, Wyoming. His crew of 50 men loaded down 125 horses with almost 9,000 beaver pelts for trade in St. Louis. The long trip north was made to connect with a boat on the Missouri River, allowing the pelts and remaining 20 men to be floated downstream. All told the crew covered about 2,000 miles.

“With that many horses in a string, it was probably a relief to get to the boats,” Asmussen said, so the horsepackers no longer had to load and unload the hides each day. “It definitely was probably a little easier.”

That trip 193 years ago has captured 63-year-old former dental lab owner Jack Mitch’s imagination. This year he vowed to repeat the feat, mainly using gear typical of the era. The date to launch the outing is July 7, 2019. Asmussen, an experienced rider, horse trainer and mountain man re-enactor, will help with the horseback leg of the journey.

“No one had ever — I hate to use the word re-enact because we could actually die — no one had ever done a return trip or done one this long,” Mitch said in a telephone interview from his Upland, Indiana, home.

Once he voiced his idea Mitch’s friend Gerry Messmer, 54, of Odessa, New York, immediately said, “I’m in. Before we knew it the American Mountain Men made it an organizational event.”

Mitch has been a member of the group for about seven years. Even before that, though, he was shooting black powder firearms and throwing a tomahawk competitively. He signed on with the AMM after meeting members at a War of 1812 re-enactment.

“A lot of what they were doing was right up my alley,” he said.

Those activities include anything that emulates the era of the mountain man — a short-lived period from about 1800 to 1840 — and their way of life. They tan hides, make their own clothes, use similar equipment and hold state and national gatherings.

After its founding by a group of seven in 1968, the AMM has grown to a “couple thousand,” including members in Europe, Mitch said. “The groups are broken up into brigades that do local events.”

Messmer — who is retired from the Army — is one of the few, along with Mitch, who will cover the entire journey.

“The fact that it is a multi-faceted journey that will test all of my abilities is what appeals to me,” Messmer said. “Guys who do living history or re-enactments, they focus on one level of expertise. This will require skills on several levels, from horseback riding to paddling canoes and a keelboat.

Also signing on for a portion of the trip was William Bailey, 61, of Wheat Ridge, Colorado. Bailey has been a member of the American Mountain Men since 1985. He owns mules and was “born with a history head.” He had long wanted to build a keelboat similar to those used during the fur trapping era. Mitch’s proposed 2019 trip was the perfect reason to start the project.

“Everything on the boat is a compound angle or curve, so there’s a lot of fitting.”

Bailey — who for 30 years has worked in building restoration — is laboring without any blueprint, relying on knowledge he’s gleaned from YouTube, studying photos and on wooden boat-building forums.

“I’m trying to walk a historical line … of the ones that ran on the upper Missouri River,” he said. “They called them keelboats.”

Walking the line includes using cotton and oakum — tarred fiber — to seal the cracks between the hull’s planks, installing benches and oarlocks for four rowers, building a cabin atop the craft and raising a mast for a sail.

The originals could be 50 feet long and 16 feet across, capable of carrying 30 tons of trade goods upriver that would be off-loaded at trading posts and replaced with furs for the return trip.

“Many of them were lost, capsized,” he said. “We hope not to re-create any of those historical accidents.”

When finished, Bailey’s boat will be 30 feet long, 8 ½-feet wide and weigh about 6,500 pounds when loaded with seven men, their gear and a hidden outboard motor that’s required for navigating on the lower Missouri River.

Bailey and his keelboat will meet Mitch and five other men just below Garrison Dam on the Missouri River in North Dakota. By then the group will have trekked overland by horse from southwestern Wyoming’s Burnt Fork area, across South Pass and on to Thermopolis, Wyoming. From there the men will build a bull boat — a bowl-shaped boat made from a buffalo hide with a willow frame.

Using bull boats and a canoe six men plan to paddle down the Bighorn River, possibly portaging around Bighorn Reservoir, to the Yellowstone River and on to its junction with the Missouri River near the Montana-North Dakota border. From there they would drive to meet Bailey for the beginning leg of the keelboat trip.

That part of the journey will start with a 76-mile float to Bismarck, North Dakota, after which the keelboat will be trailered and towed downstream 500 miles to miss other dams along the Missouri River. Returning to the river the men will float almost 800 miles downstream. Bailey predicts just that portion of the trip will take five weeks.

“I’ve thought about the other side of the trip, coming out from St. Louis overland, but it’s too busy,” Asmussen said. “A boat is the way to go. There’s not as much of a cluster next to an interstate.”

The entire trip will take more than three months, Mitch estimated. “We hope to make St Louis by mid-October.”

Asmussen said the horse leg of the trip alone, with a group of nine to 10 horses, will take about three-and-a-half weeks to cover what he estimated could be 275 to 400 miles, depending on the route.

“I told them this is not a cake walk,” he said. “We’ve ridden through that Red Desert country before and it’s dry and hot and there’s no water.”

When concluded, Bailey said he’s received assurances from Pinedale, Wyoming’s Museum of the Mountain Man that the facility will house the keelboat as a teaching tool.

“It’s going to be quite an endeavor,” Bailey said.

To follow the building of the boat, check out the Journey of the keelboat "Muskrat" Facebook page. The details of preparation for the journey and the actual trip can be followed on Facebook at Ashley's Return.

To help pay for the boat materials William Bailey has started a GoFundMe page to raise $6,000.