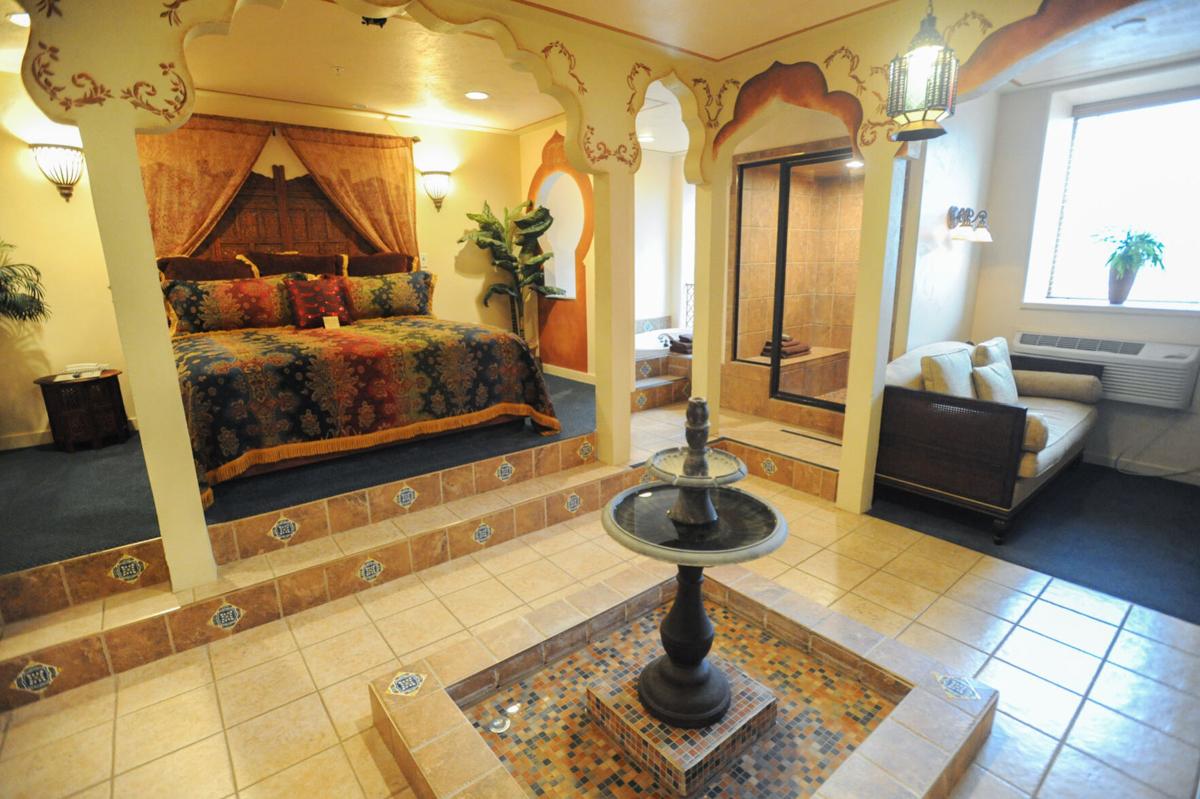 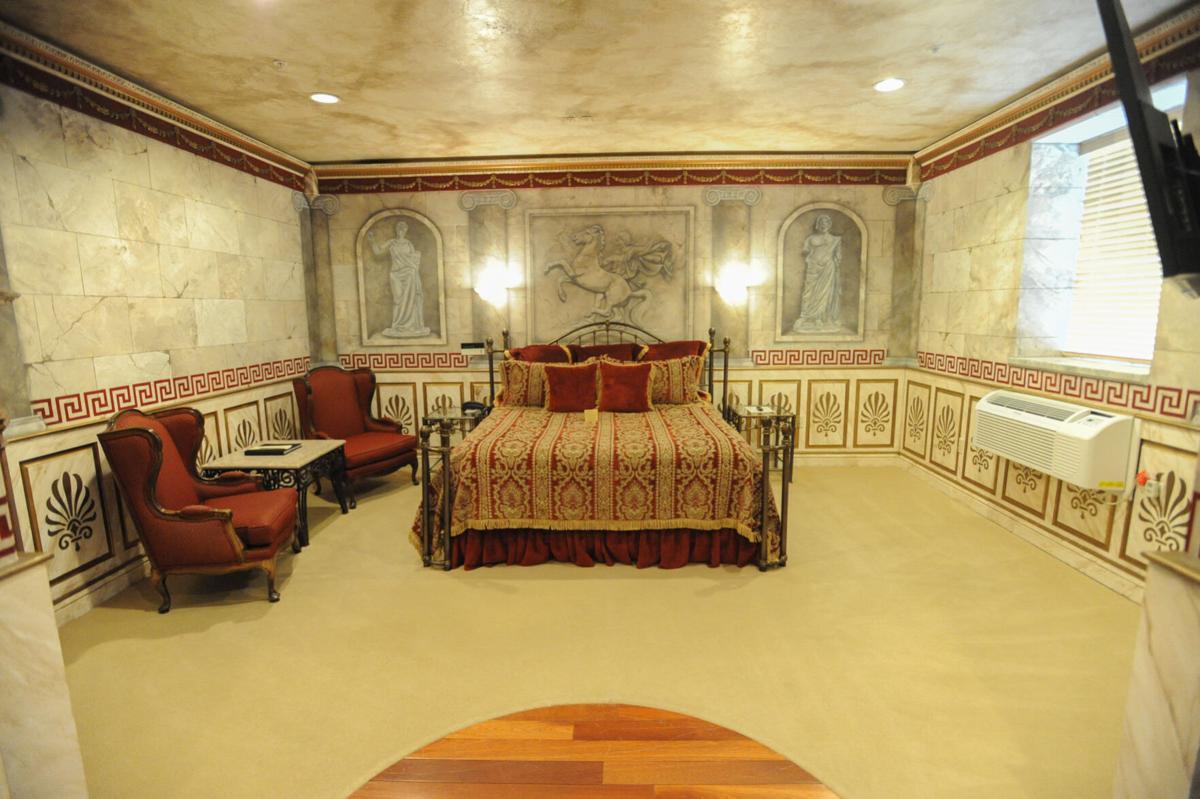 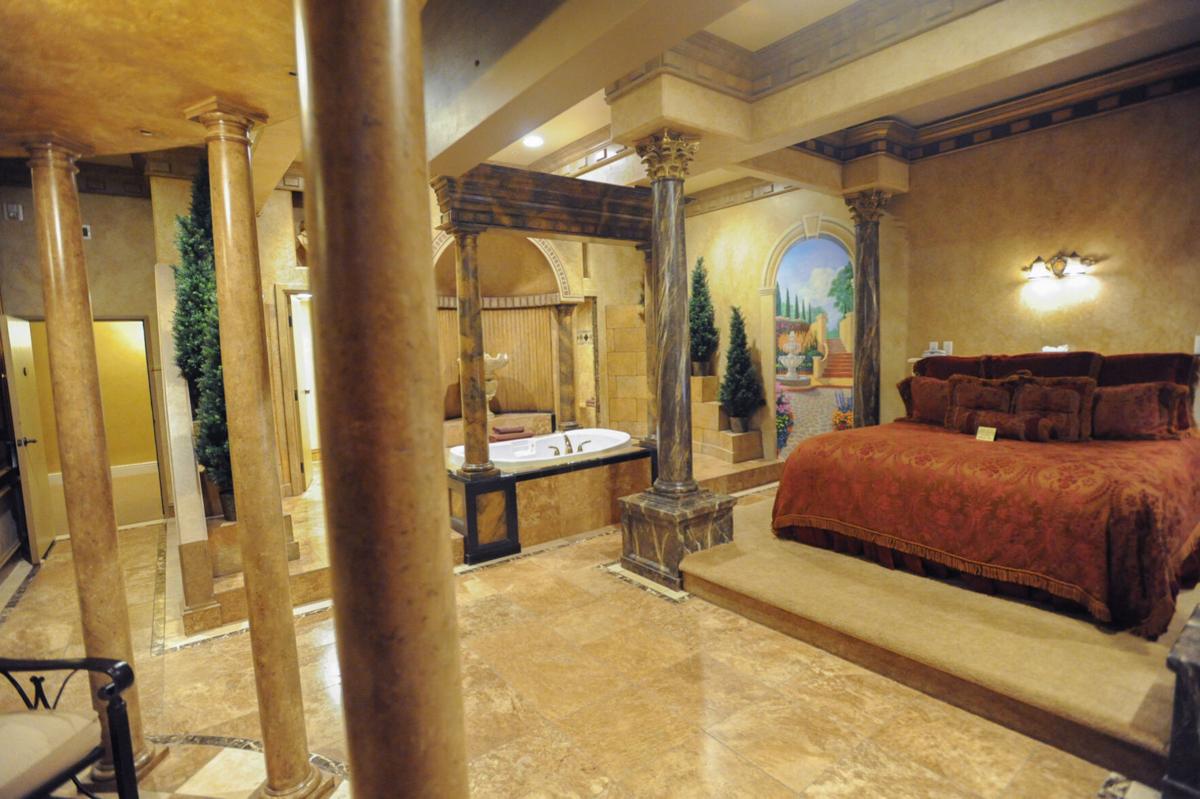 IDAHO FALLS — With so many people avoiding travel during the pandemic, hotel bookings plunged throughout 2020. But one Idaho Falls hotel, Destinations Inn, continued to see strong sales. The hotel’s success has come from a surprising clientele group for a hotel: Idaho Falls residents.

“The highest percentage of our clients are locals,” owner Larry Fisher said.

Destinations Inn on West Broadway bills itself as a place to “travel the world without leaving Idaho Falls.” Each of its 14 rooms have different destination themes. There is the Egypt room with sphinx statues and hieroglyphic-covered walls. The Hawaii room has tropical plants and a shower that looks like a jungle waterfall. The New York room might have one thinking they’re strolling the streets of the Big Apple with its brick walls, Broadway posters, fire hydrant, street lamp and Time Square signs.

“Not many things leave me speechless or awe struck but when we opened our door and walked in that is exactly what happened,” wrote one reviewer on TripAdvisor, a website that lists Destinations Inn at an average rating of 4.5 stars out of 311 reviews. "We were instantly transported to Paris!! The room was beautiful and oh so much more than we expected. From the beautiful painted wall murals to the romantic music playing in the room when we walked in, to showering under the Eiffel Tower, all the little touches were perfect. The feeling of Paris romance was instantly in the air!

Fisher said he’s seen an increase in local bookings as people who have been “cooped up in their houses” look for a “staycation.”

“There’s something psychological that happens when you shut that door,” Fisher said. "You don’t feel like you’re in Pocatello or Idaho Falls. It just takes you away. You could be 2,000 miles away."

But locals staying at the hotel is nothing new; it was always the group that Fisher had in mind.

“Our main objective when we built it was for locals. For couples’ honeymoons or anniversaries or birthdays,” Fisher said. "It’s a place where couples can come without traveling very far. It’s good for mothers who get nervous about traveling too far from their children."

The owner is passionate about the need to take moments in our busy lives to spend quality time on those we love. And it seems many share that mindset.

“We have some guests who come back every month. Some have a favorite room they request over and over,” manager Brittney Robison said.

Fisher and his wife, Debbie, opened their first destination-themed hotel business in 1997 with Pocatello’s Black Swan Inn, which they continue to operate. Fisher had long worked in contracting. He built custom homes and commercial buildings. But he wanted something that would let him take a more creative approach. After a night at a destination hotel in Utah, the Fishers immediately wanted to do something similar. The couple soon bought a building and began designing rooms. It was a perfect fit for Fisher, who loves creative construction projects, and Debbie, whose passions include art, sculpting and sewing.

“I really enjoy the construction side of things," Fisher said. "I enjoy working on the room, trying unique different things and then seeing the final product done. It gives me a lot of satisfaction."

One of Fisher’s favorite aspects of his business is getting to work with his family. Fisher and Debbie continue to handle the construction aspects of Destinations Inn and Black Swan Inn. But their daughter, who has worked there for 20 years, and their son, who got a degree in hospitality, now run the business side.

After the Black Swan Inn’s success, Fisher was thrilled when the opportunity to buy the Destinations Inn in Idaho Falls came in 2010. Though it was already a destination hotel, the Fishers have since made it their own with new themes, redesigns or additions in all of the rooms.

The ideas for the themes often come from unexpected places. The concept for the Arabian Nights room came to a business partner in a dream. Fisher hopes to soon add a Mount Olympus room after watching Disney’s animated "Hercules" movie. When Fisher announced a contest that allowed people to submit new ideas, more than 1,000 people entered. The winner, who suggested an outer space theme, won a stay at the hotel.

Even 25 years later, Fisher is constantly dreaming up new ideas he can bring to life in his hotels.

“Inspiration comes from all over,” Fisher said.

Those interested can learn more about the Fishers' hotels at destinationsinn.com and blackswaninn.com.

Check out photos from a tour of the Destinations Inn located downtown Idaho Falls.