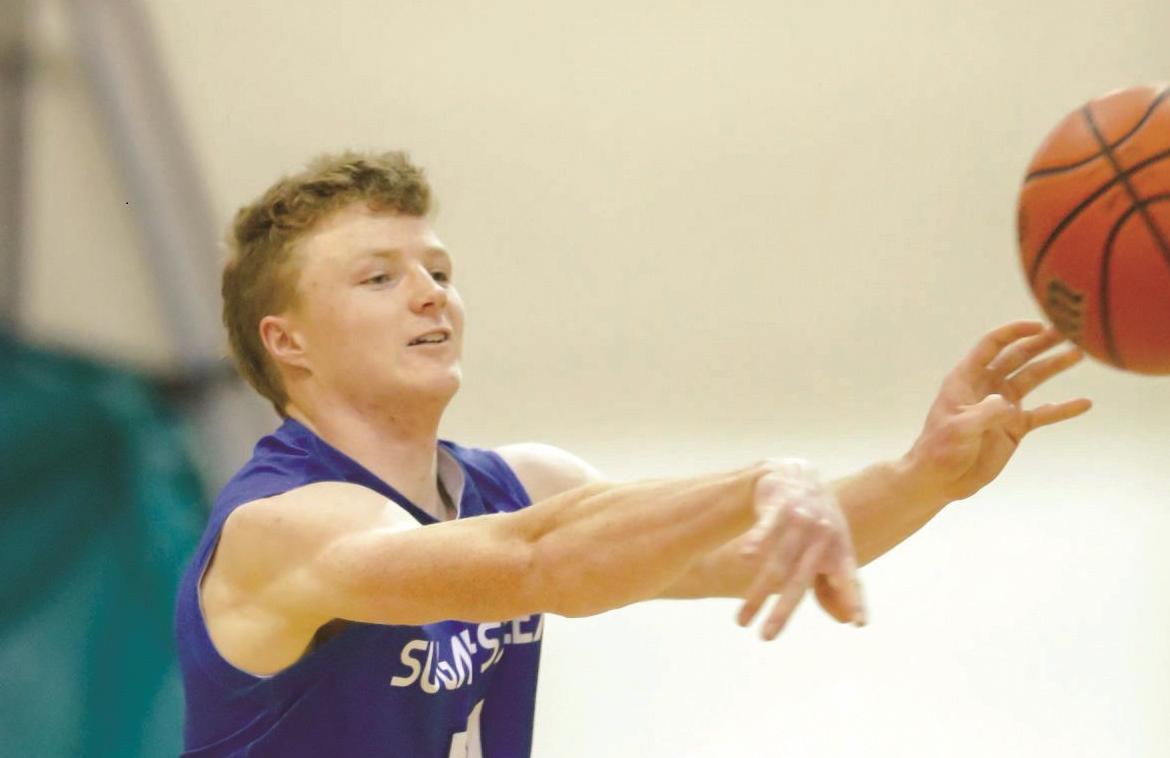 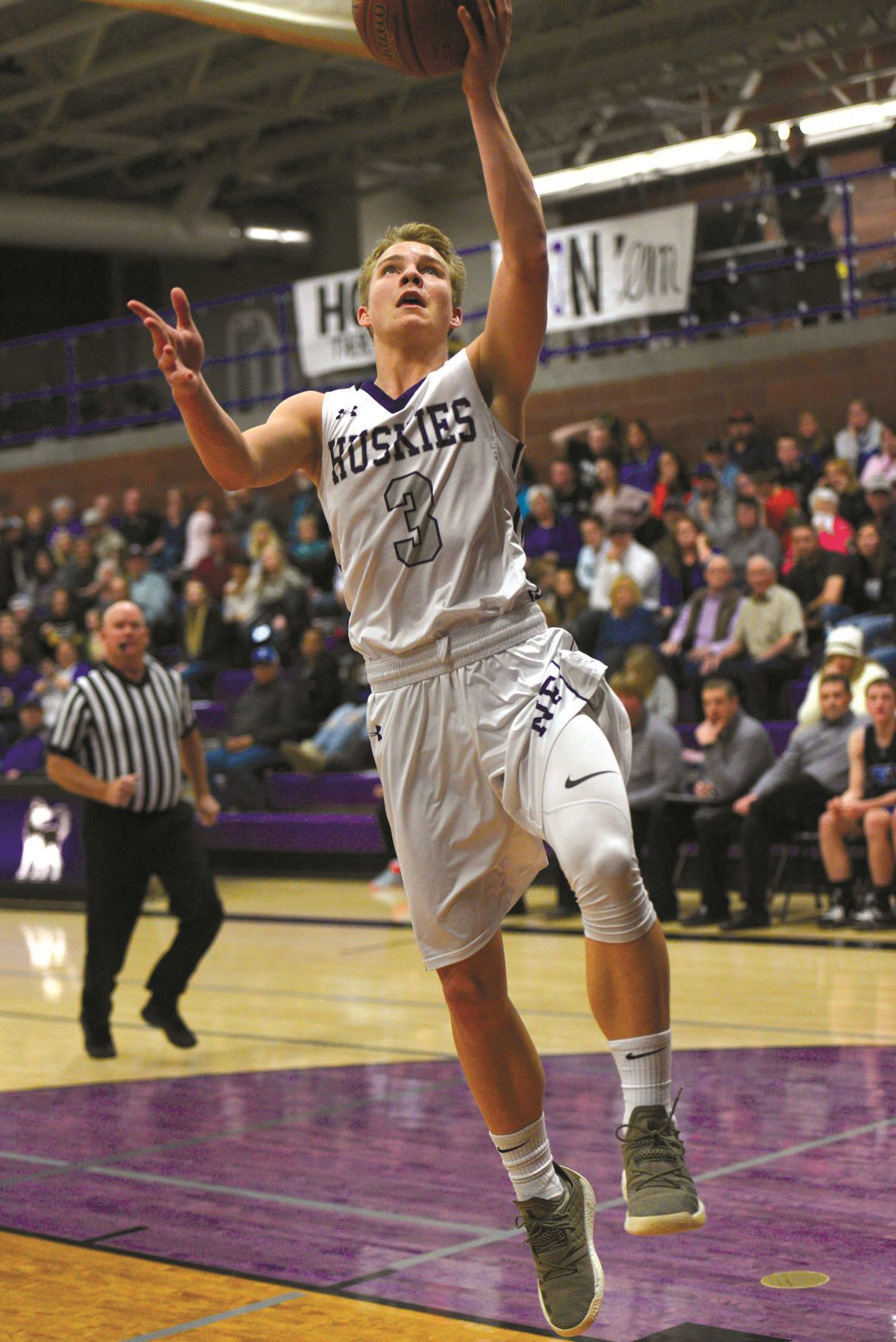 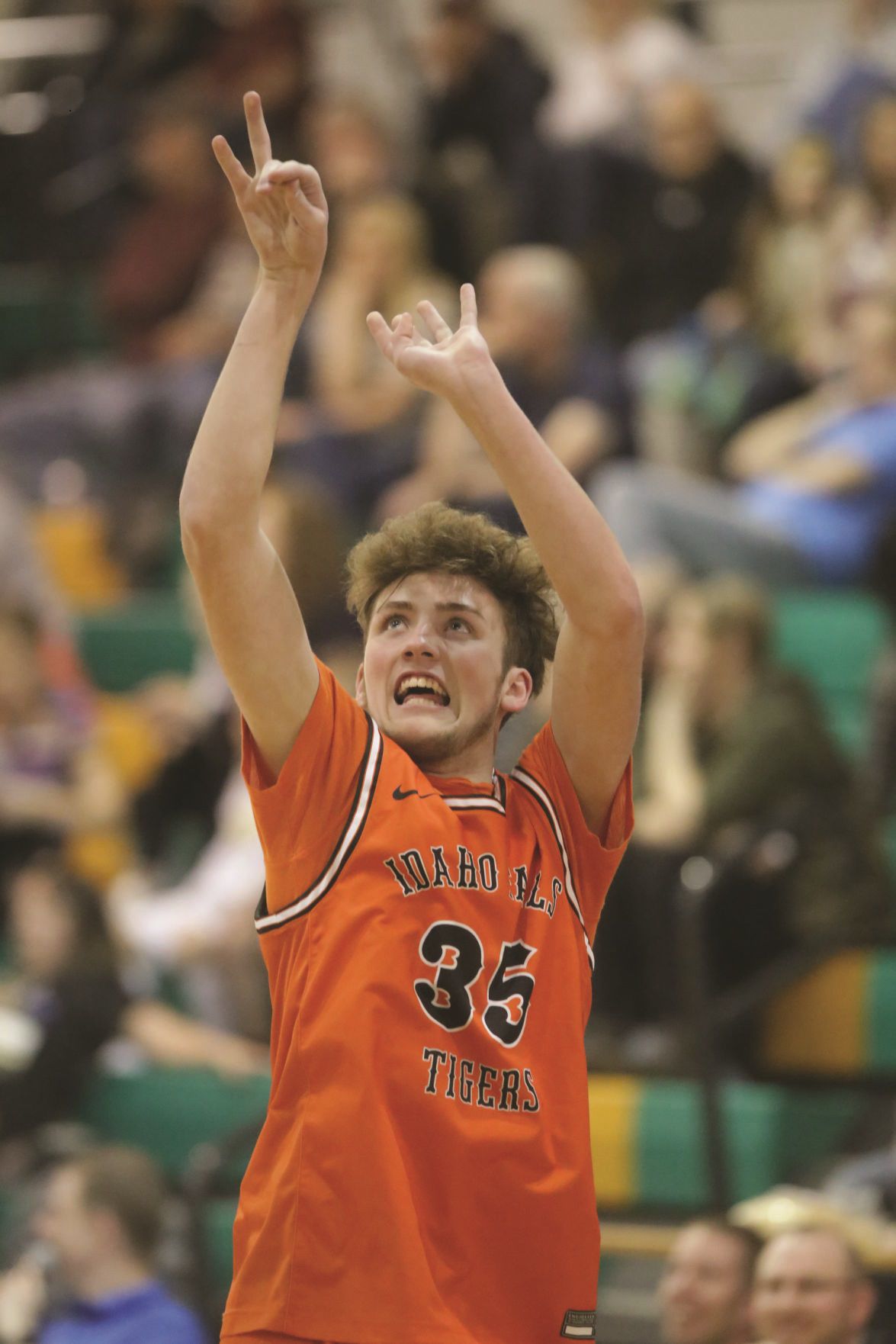 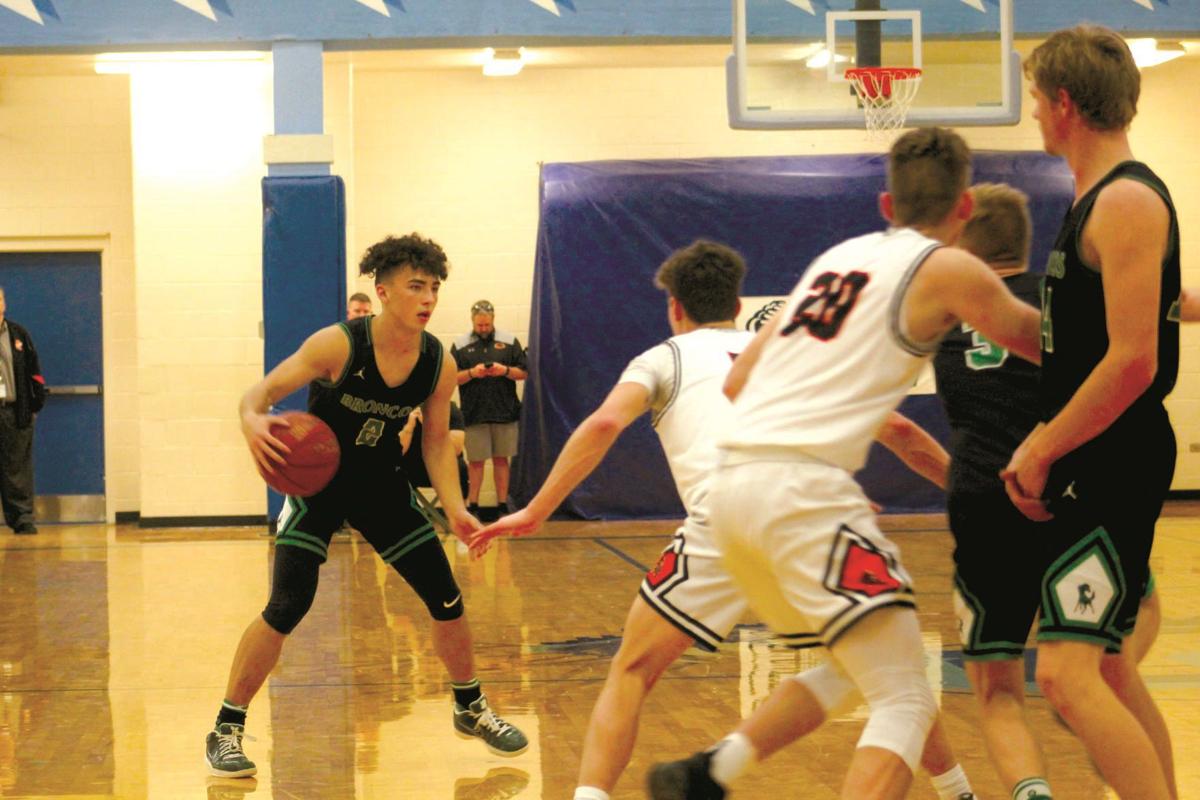 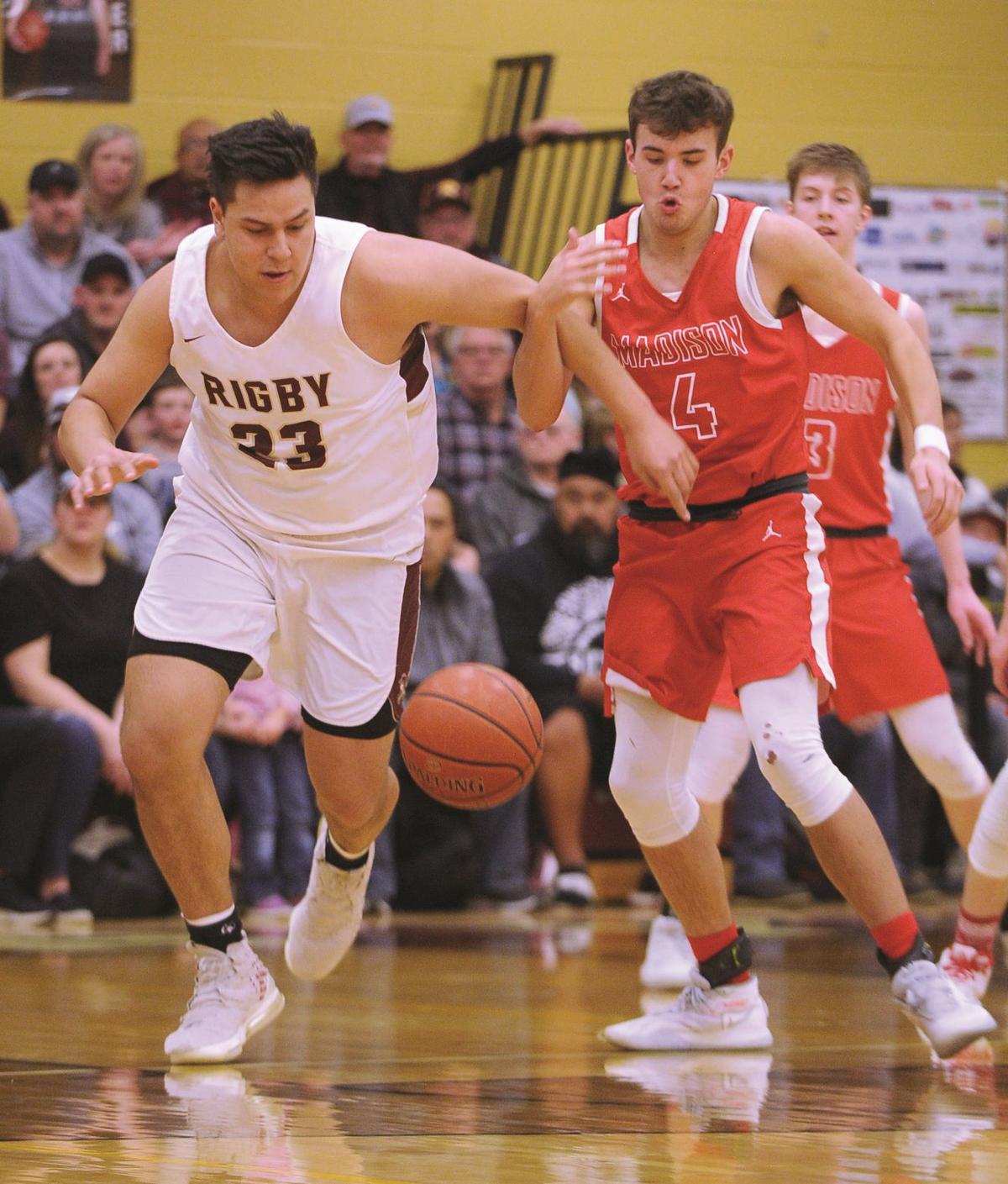 THE PLAYER: After being essentially a role player on last year’s state championship team, Clark emerged this year as the top player in 4A District 6, using his 6-foot-6 size and athleticism to create matchup problems on both ends of the court. Named to the High Country Conference first-team.

WHAT COACHES SAID: “One thing is his size and the ability to score from 15 feet and in. He was a tough matchup for teams without any size, but he also ran the floor well. He was also a rim protector and was difficult to score against.” – Blackfoot coach Cody Shelley.

THE PLAYER: Robinson was a key contributor to the Broncos’ drive to the 4A District 6 tournament title, the team’s first since 1991, and first state tournament berth since 2009. Blackfoot’s four-guard offense opened things up for Robinson as the team made a run over the closing weeks of the regular season. Named first-team High Country Conference.

WHAT COACHES SAID: “You really had to game plan for him. If you played off him you’re worried about him driving, and if you get up on him, he’s going to drive right by you. He’s so quick and he’s so fast.” -- Madison coach Travis Schwab.

THE PLAYER: A repeat first-teamer who helped lead the Trojans to a 25-2 record. After signing to play football at Utah, Togiai’s size (6-7) and interior passing ability were unmatched on the court. He presented matchup problems for opponents under the basket and could pass out to get teammates involved.

KEY STATS: Was among team leaders in scoring and rebounding.

THE PLAYER: A three-year starter for the Diggers, Miller was named Mountain River Conference player of the year after helping lead Sugar-Salem to back-to-back 3A state championships. He led the team with 11.8 points per game and 3.2 assists. Miller hit 4 of 6 3-pointers in the state championship win over Kimberly and finished with 20 points and seven assists.

WHAT COACHES SAID: “He’s probably the most athletic kid I’ve been around. He can step on the floor after working horses with his dad and come to open gym or practice and he can compete.” – Sugar-Salem coach Shawn Freeman.

THE PLAYER: The youngest player on the all-area first team, Lenz helped lead the Huskies to a second consecutive 2A state title, scoring 20 points in the championship win over West Side. North Fremont was tabbed No. 1 in the state media poll during the season and featured a balanced team, with Lenz leading the team in scoring at 15 points per game and also grabbing five rebounds.

WHAT COACHES SAID: “For being a sophomore he basically ran the team at point guard. He’s another one of those kids that could do more than score to affect the game.” – Bonneville coach John Tucker.

Carson Johnson, jr., G, Bonneville: One of the area’s top shooters, Johnson averaged 21 points and was among district leaders with 91 3-pointers.

Keegan Thompson, sr., G, Rigby: Listed as a guard, Thompson was versatile enough to score and rebound and use his 6-5 size to create mismatches.

Chase Green, jr., G, Mackay: Was part of the high-scoring Miner team that earned a berth in the 1AD2 state tournament. Green averaged 17 points to go along with three assists and nearly six rebounds.

Tanner Harris, sr., W/P, Sugar-Salem: Another one of the talented multi-sport athletes in the Diggers program. Averaged 11 points and nearly six rebounds per game.