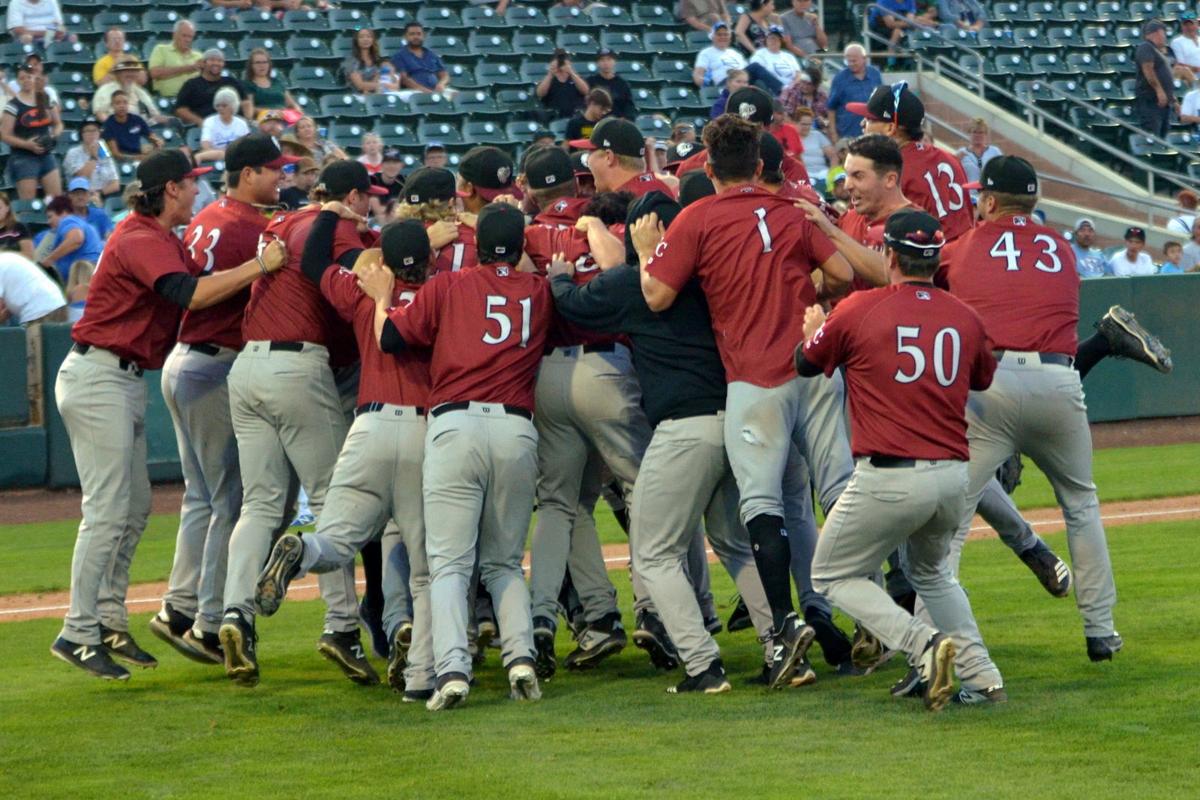 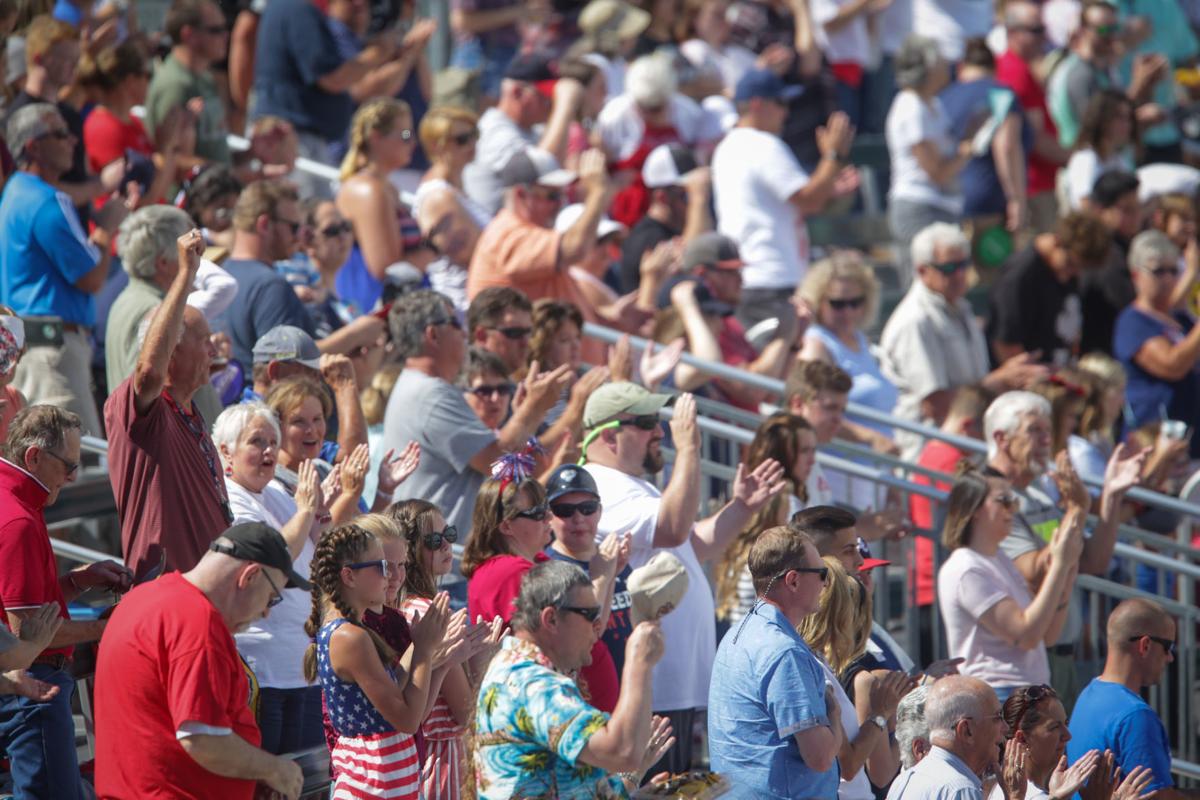 Fans cheer as the Chukars take on the Missoula Osprey’s on Thursday, July 4, 2019. 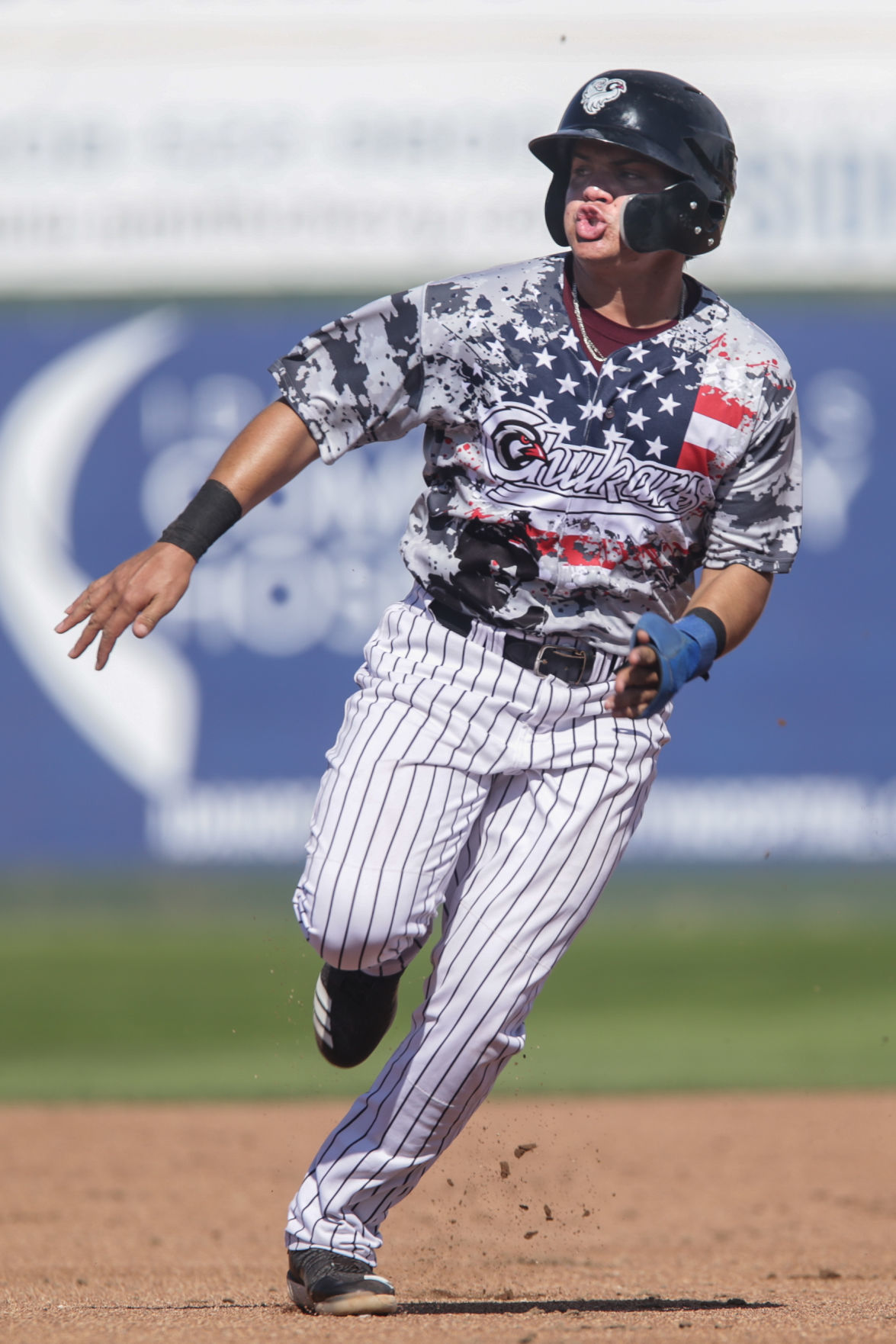 The Chukars’ Hector Pineda heads safely to third during a game last season against Missoula. 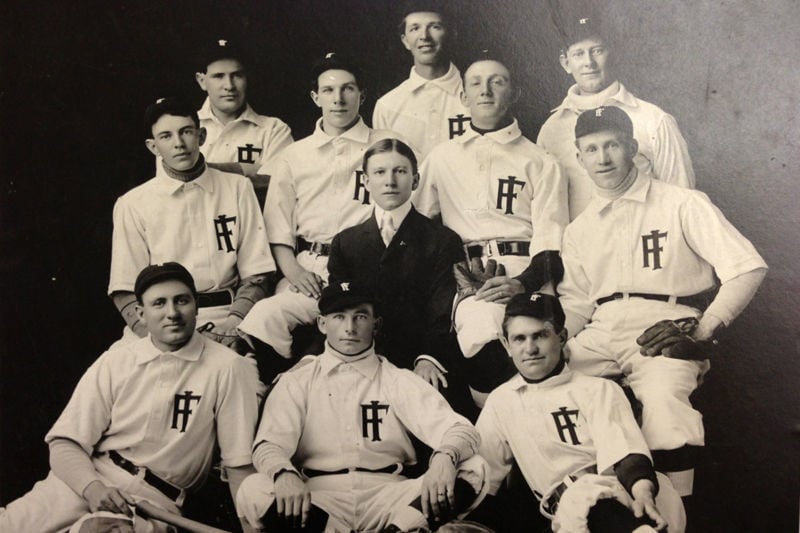 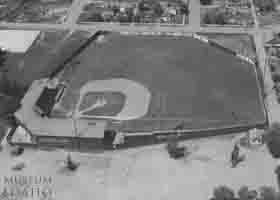 A newly constructed grandstand is ready for the 1940 baseball season at Highland Park and the return of professional baseball to Idaho Falls. 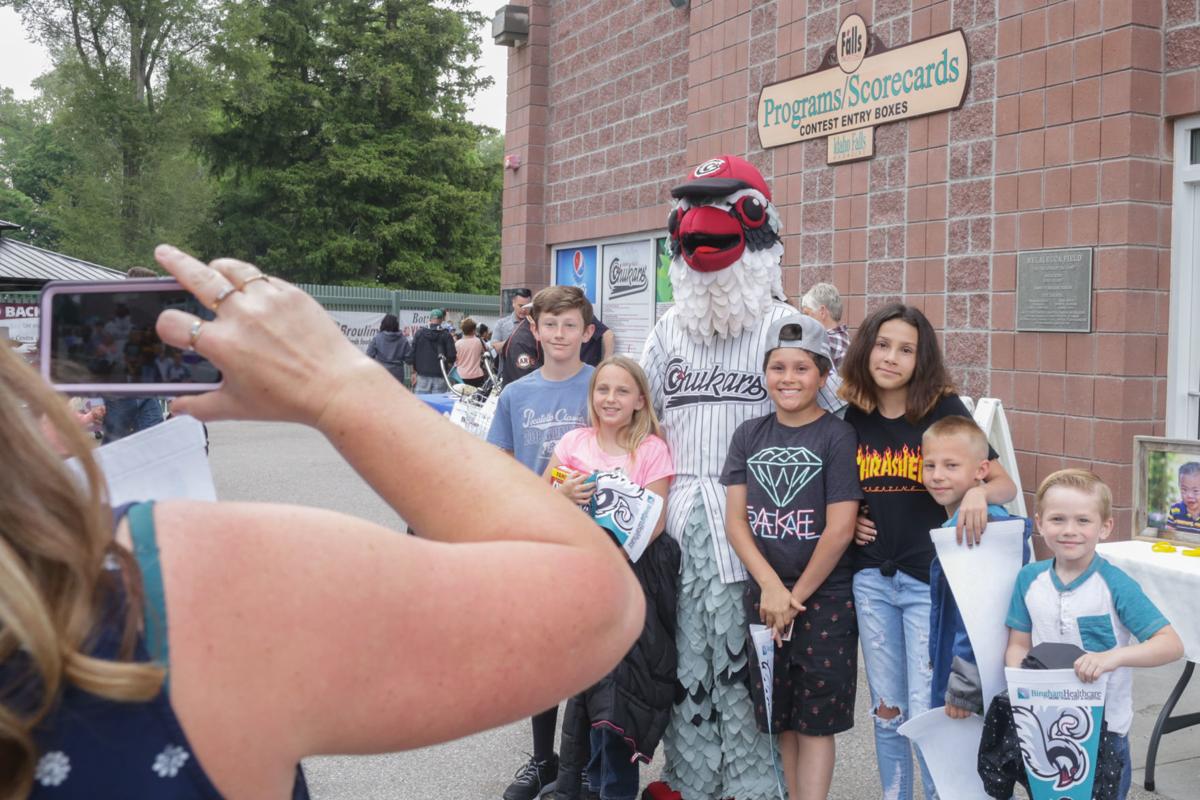 Fans cheer as the Chukars take on the Missoula Osprey’s on Thursday, July 4, 2019.

The Chukars’ Hector Pineda heads safely to third during a game last season against Missoula.

A newly constructed grandstand is ready for the 1940 baseball season at Highland Park and the return of professional baseball to Idaho Falls.

As Americans celebrate the July 4th weekend, many small towns and communities across the country are still feeling the deep loss of a summertime tradition.

In Idaho Falls, July 4th usually meant a large and spirited crowd packed into Melaleuca Field to watch a Chukars baseball game and then later spent the evening oohing and aahing at a rousing fireworks show.

For a lot of people, baseball is not only the national pastime, it provides a sense of pride and purpose for local communities, especially for those with minor league clubs, said Chukars president and general manager Kevin Greene, who’s been with the team since 1993.

“I think baseball is an important part of a lot of people’s summer,” Greene said. “It’s a place you take your family and kids and enjoy a nice summer night out.”

With the 2020 minor league season officially canceled this past week due to the COVID-19 pandemic, Greene and the Chukars are trying to regroup. It’s the first time there will be no professional baseball in Idaho Falls since 1945 when the minor leagues were suspended for three years during World War II.

The Chukars were set to celebrate their 80th year of professional baseball this summer and hoped to ride the momentum of winning the Pioneer League title last season, the team’s first since 2013.

“First off, I think all of baseball is going to be hurt by this thing,” said Chukars announcer John Balginy, who was entering his 36th season at the mic and was recently named to the Chukars’ Hall of Fame.

“The kids that were maybe going to their first Chukars game this year, maybe they won’t have another opportunity,” he said. “I think baseball loses a potential fan for life.”

Even before the shutdown, the Chukars’ future was already on shaky ground.

Major League Baseball and the minor leagues have been trying to negotiate a new Professional Baseball Agreement. Part of MLB’s initial proposal was to cut the minor league affiliates from 160 teams down to 120. The Chukars were one of the teams on the chopping block after this season. With MLB finally starting up later this month, the sides are expected to return to the bargaining table to work out the MiLB deal. The current agreement expires Sept. 30.

“I don’t think they fully realize the local impact,” said Brian Thompson, a local real estate broker who’s been a Chukars season ticket holder for more than 20 years. “Not just the community spirit, but the revenue, the dollars that are driven here locally as well.”

Thompson said he was “shocked and dismayed” when the season was canceled last week.

“Knowing that we’ve had baseball here since the early 1900’s and it has become so much a part of our community’s fabric,” he said. “Without a major college here or things like that, it is one of the things to do in Idaho Falls. It’s not just a baseball game, but a huge community social event that many of us have come to appreciate and certainly feel like we may have taken for granted a bit when it’s taken away from you.”

Thompson said he’d typically drive by Melaleuca Field when he took potential clients on a tour of Idaho Falls.

Local sponsors are the lifeblood of the minor leagues and Greene has worked to keep the connections intact.

Jeff Newgard, president of the Bank of Idaho, a longtime Chukars sponsor, said he’s committed to supporting the organization during a tough time.

“Its’ disappointing to the entire regional area,” Newgard said of the shutdown. “(The Chukars) are a draw and a source of pride to the community. To have a minor league baseball team is a pretty big deal to us. It adds to our quality of life in this area and it’s something that will be deeply missed.”

Without the Chukars, Greene and his staff have worked to schedule events at Melaleuca Field. The main draw so far has been the American Legion team the Idaho Falls Bandits, who are coming off an American Legion World Series title. Without a season this year, Greene has tried to get sponsors to focus on 2021.

Newgard said he’s a fan, but also has a business interest in the Chukars’ future.

“It’s incumbent upon us as business leaders in the community not to be fair weather supporters … What we need to do as business leaders is have that loyalty of support even though we don’t have anything going this year. We’re going to find ways to support them so they can come out of this, hopefully.”

Like most baseball fans, Greene said he’s just waiting to find out what happens with the MLB and minor league agreement in the coming weeks.

Have the Chukars played their final season in Idaho Falls?

Greene won’t speculate, but admitted baseball at Melaleuca Field could look different in the coming years if they lose their affiliation with MLB or sponsorships start dropping.

Balginy, who’s been calling Bandits games this summer, said he was dejected when news broke about canceling the season.

“Without it it’s going to be sort of a lost summer for me,” he said. “Bad seasons, good seasons, mediocre seasons, this town has always supported baseball.”

“It’s just tradition,” Thompson said of spending summer nights at Melaleuca Field. “There’s nothing like being in the ballpark on opening day and smelling that fresh cut grass. It becomes a part of tradition and part of the lifestyle in Idaho Falls … It’s something to look forward to. We need that positivity right now in the midst of all this stuff, this science fiction world we’re living in.”