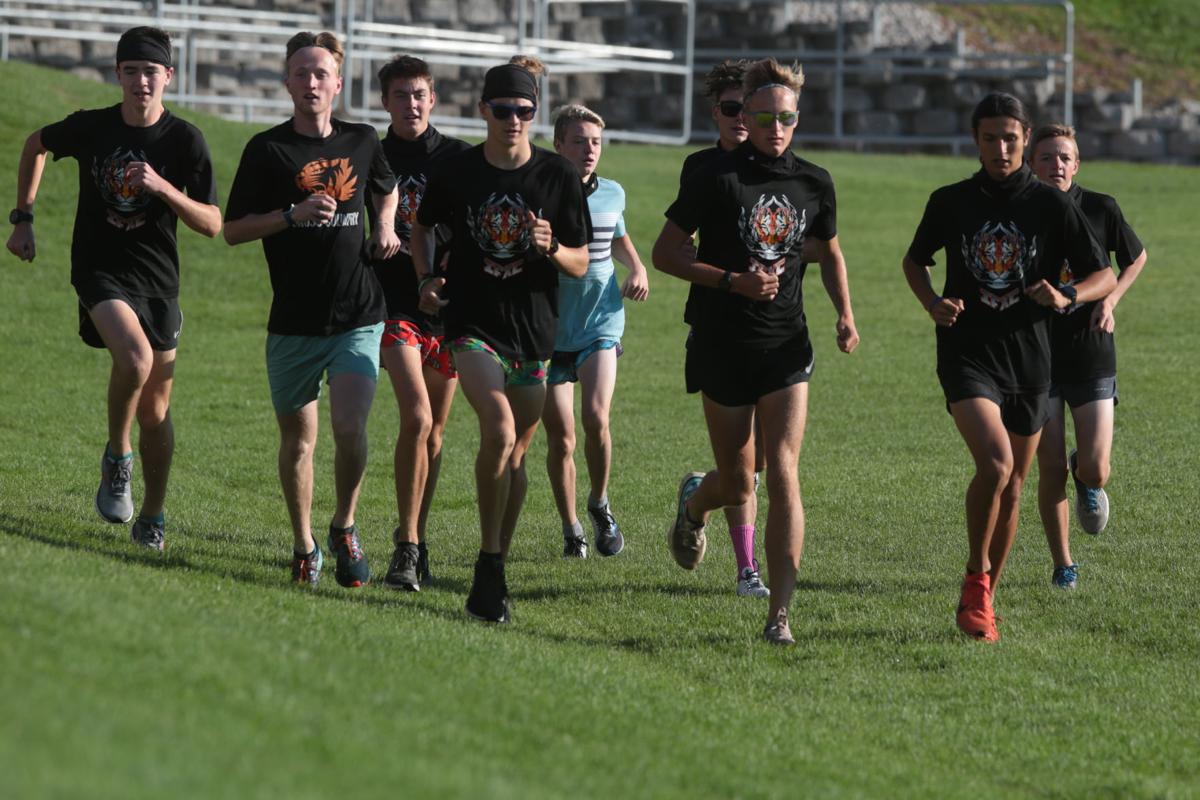 Idaho Falls cross country runners warm up during a workout on Monday. 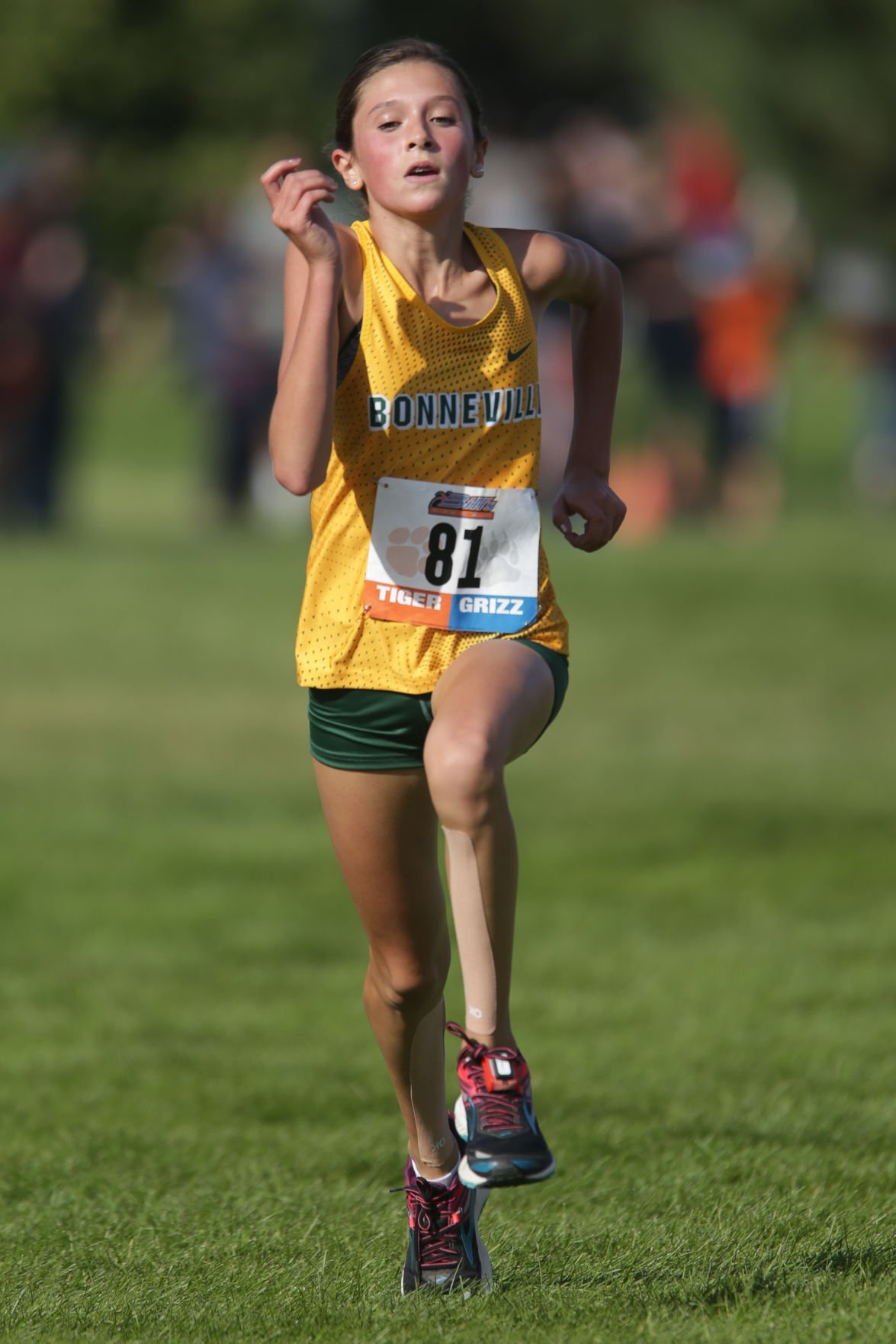 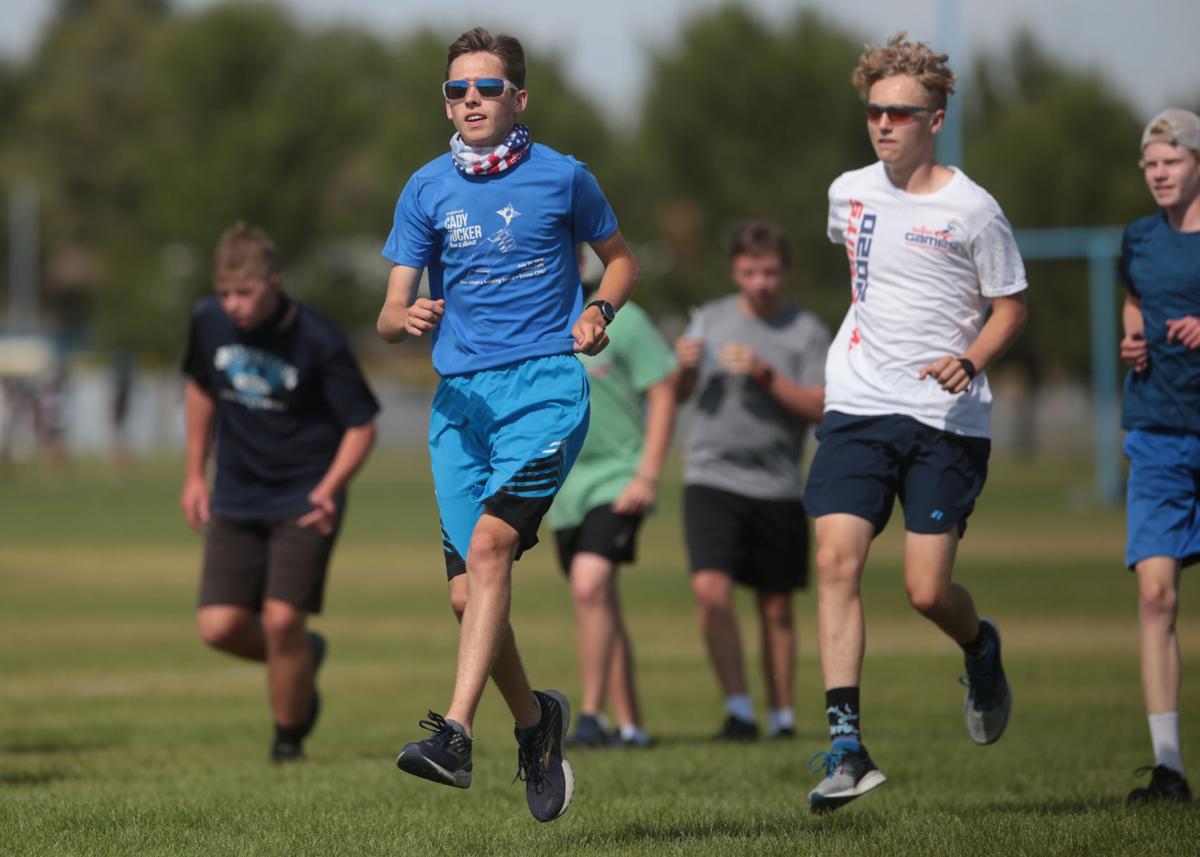 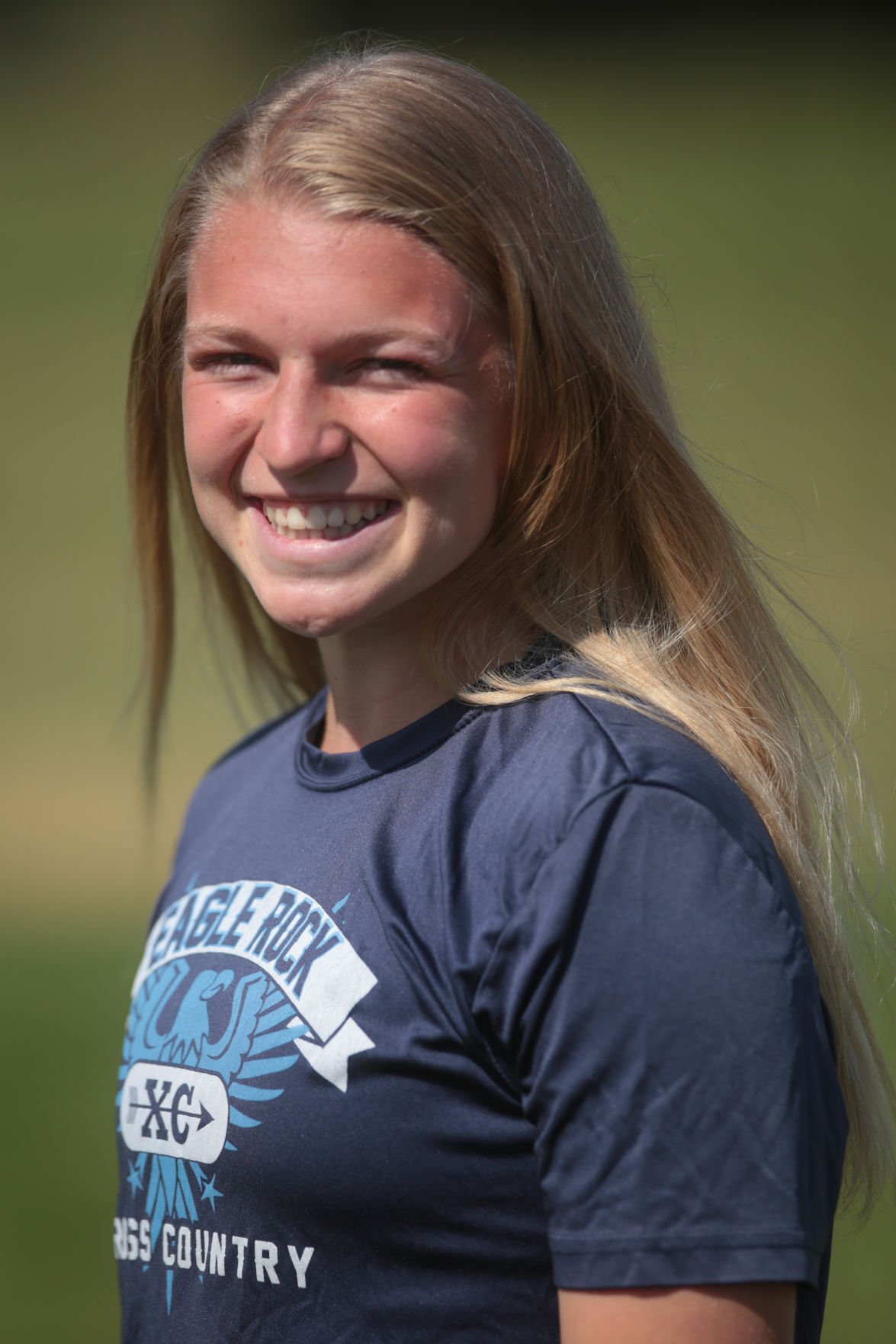 Skyline's Sariah Harrison looks to challenge for a state title. 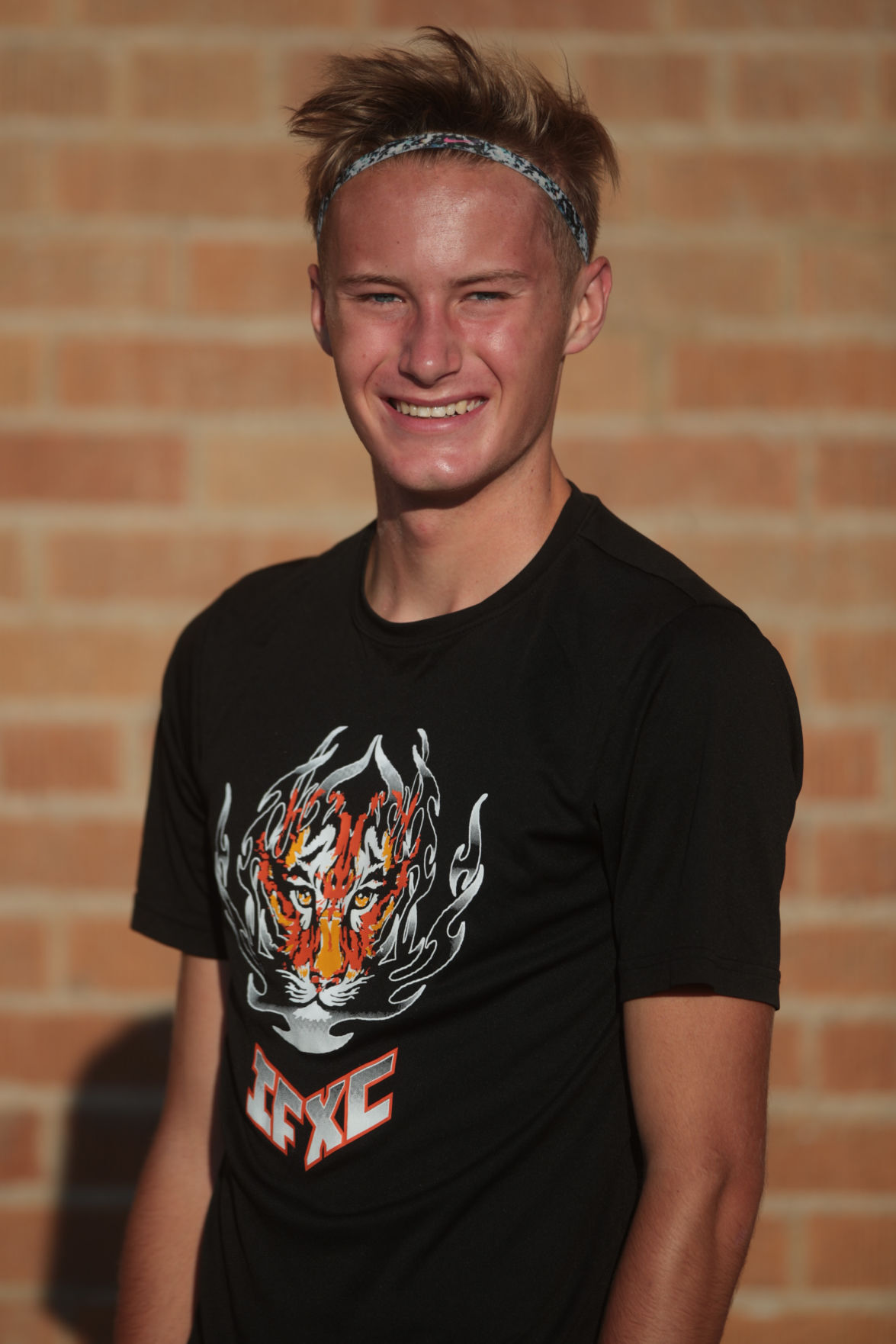 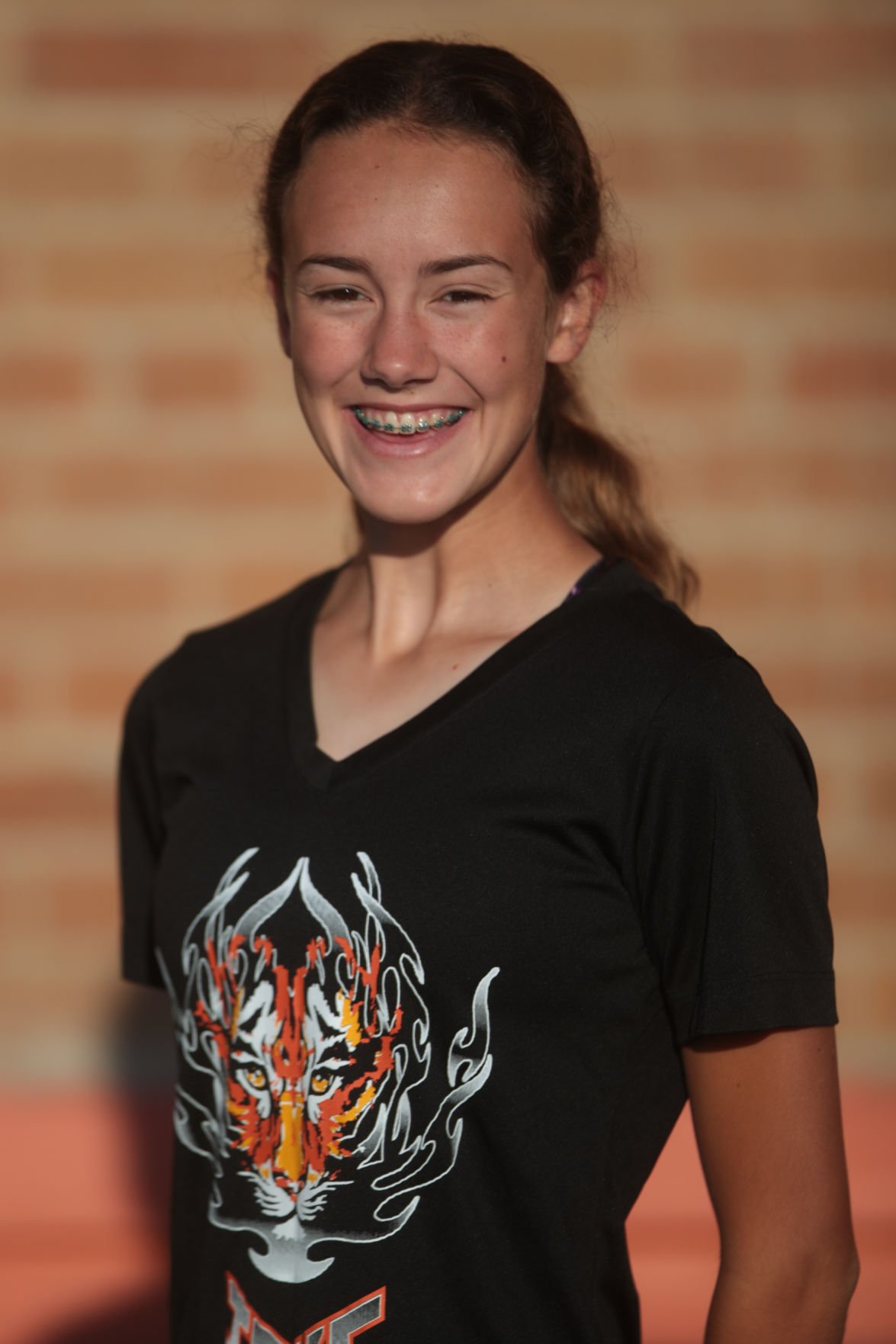 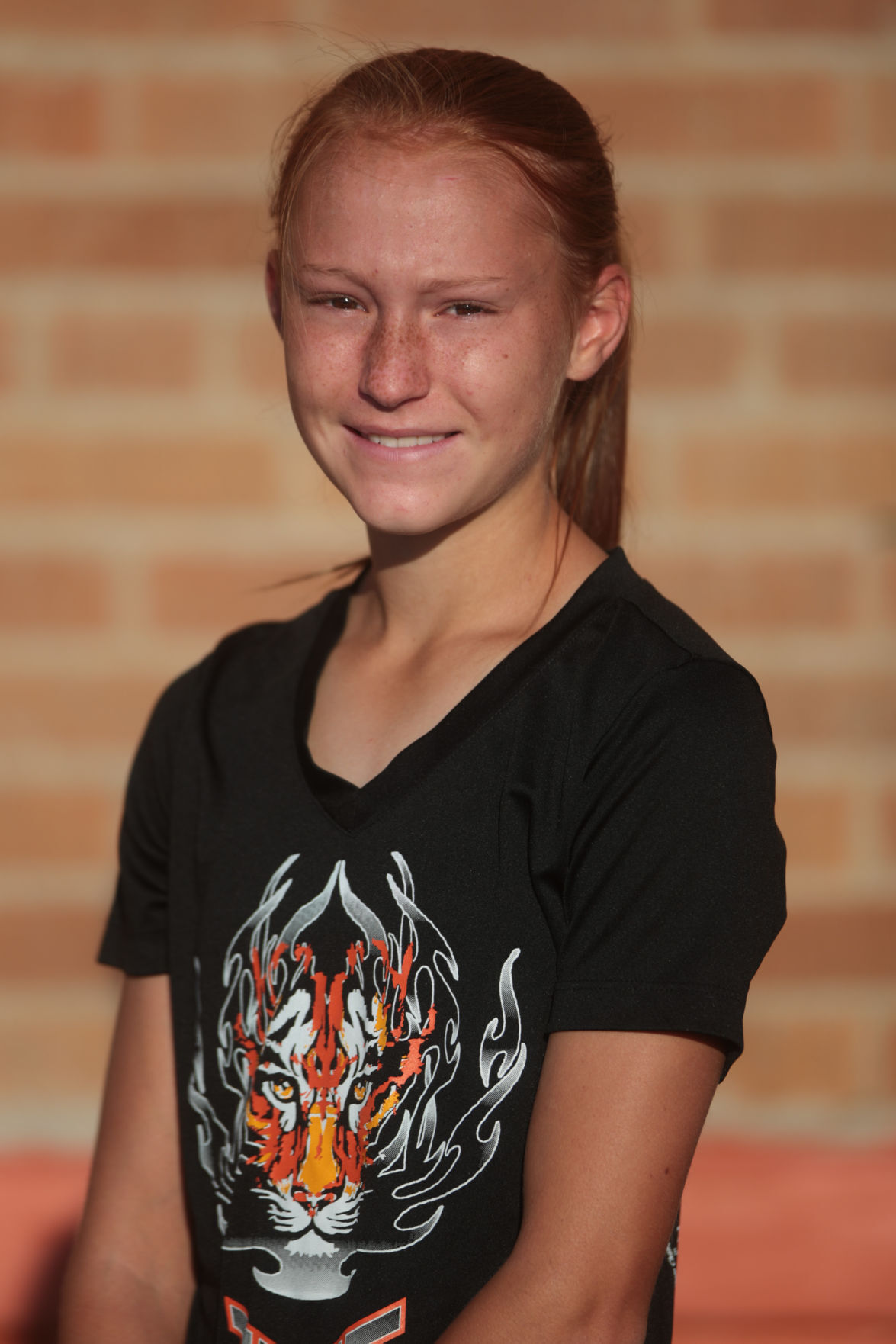 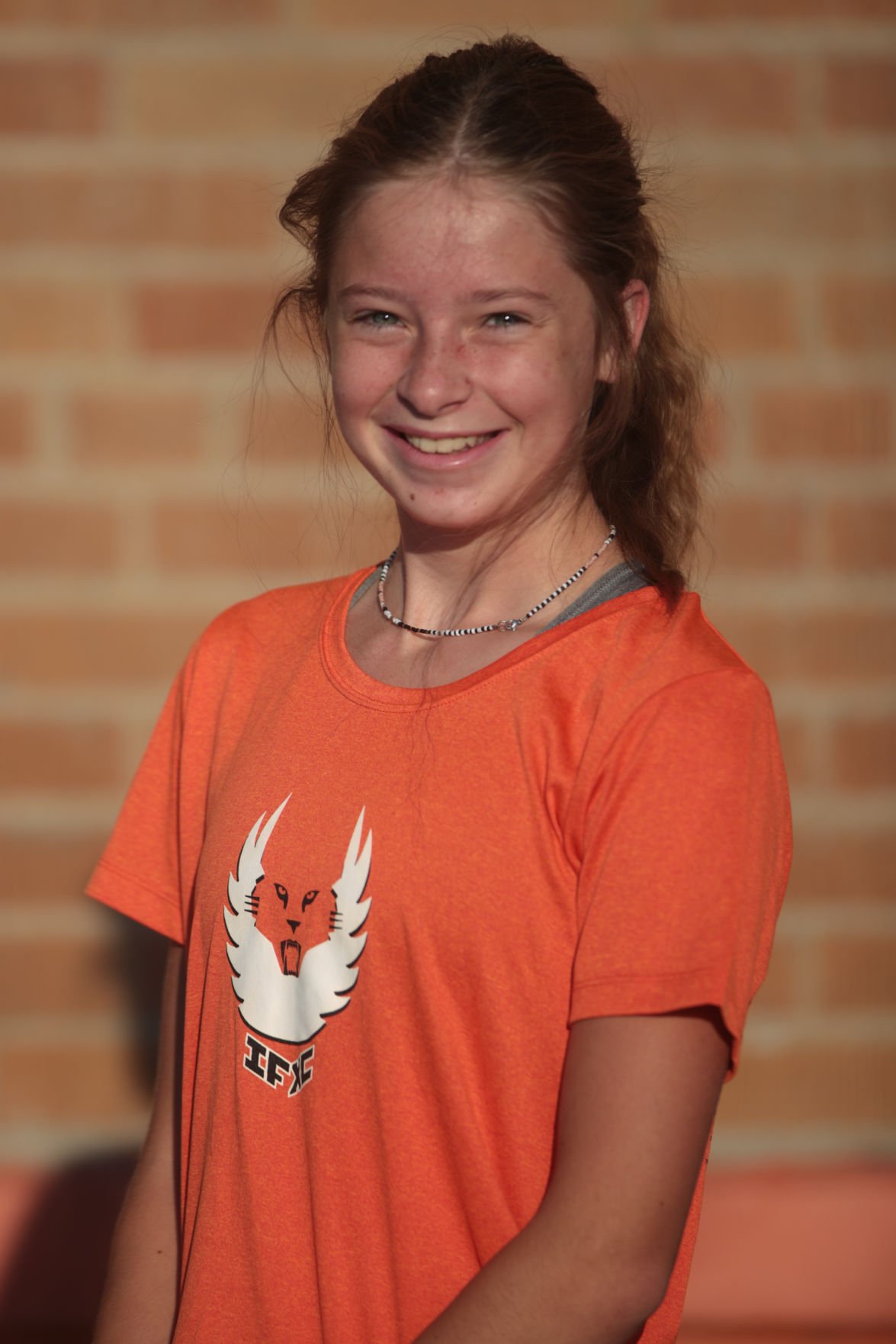 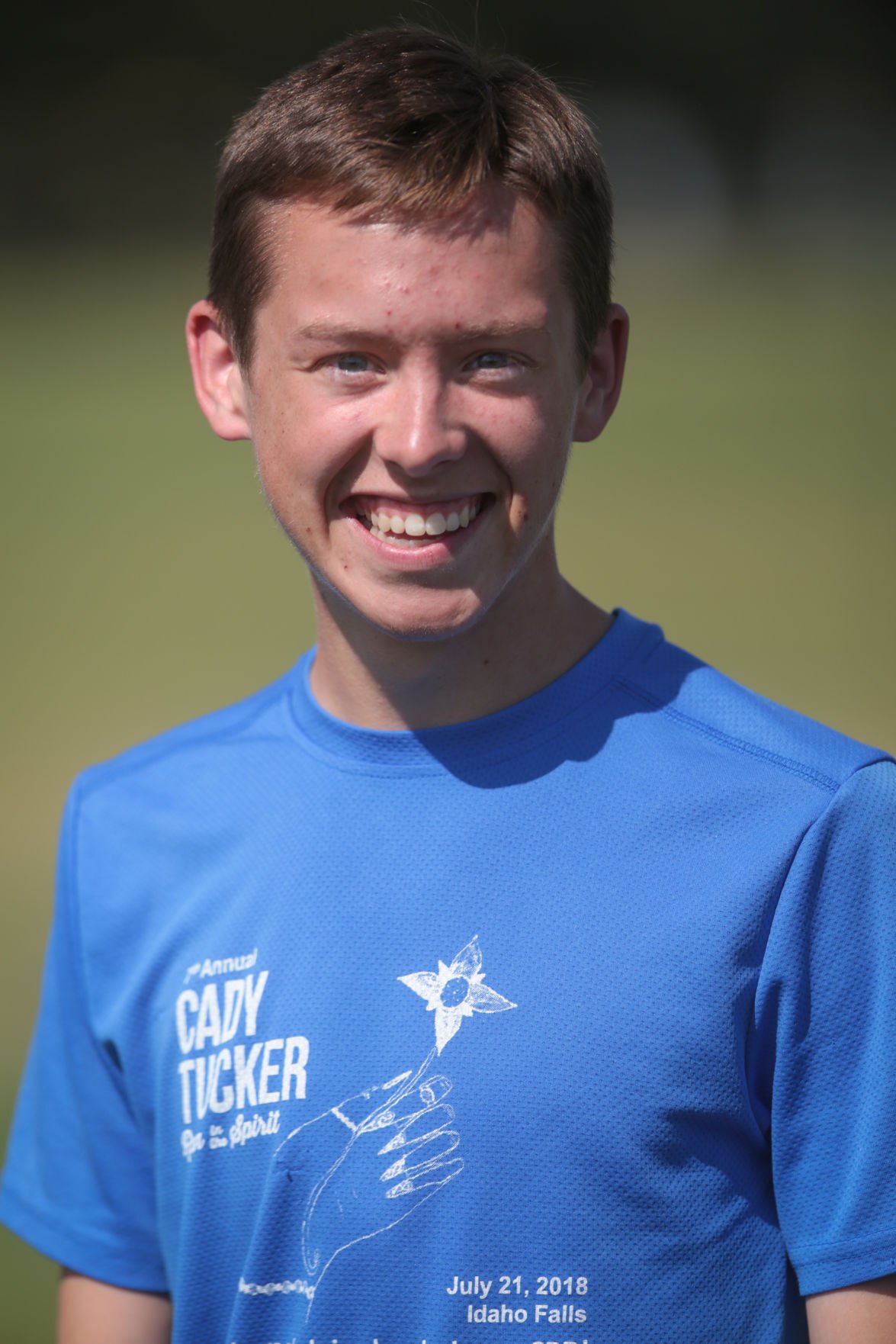 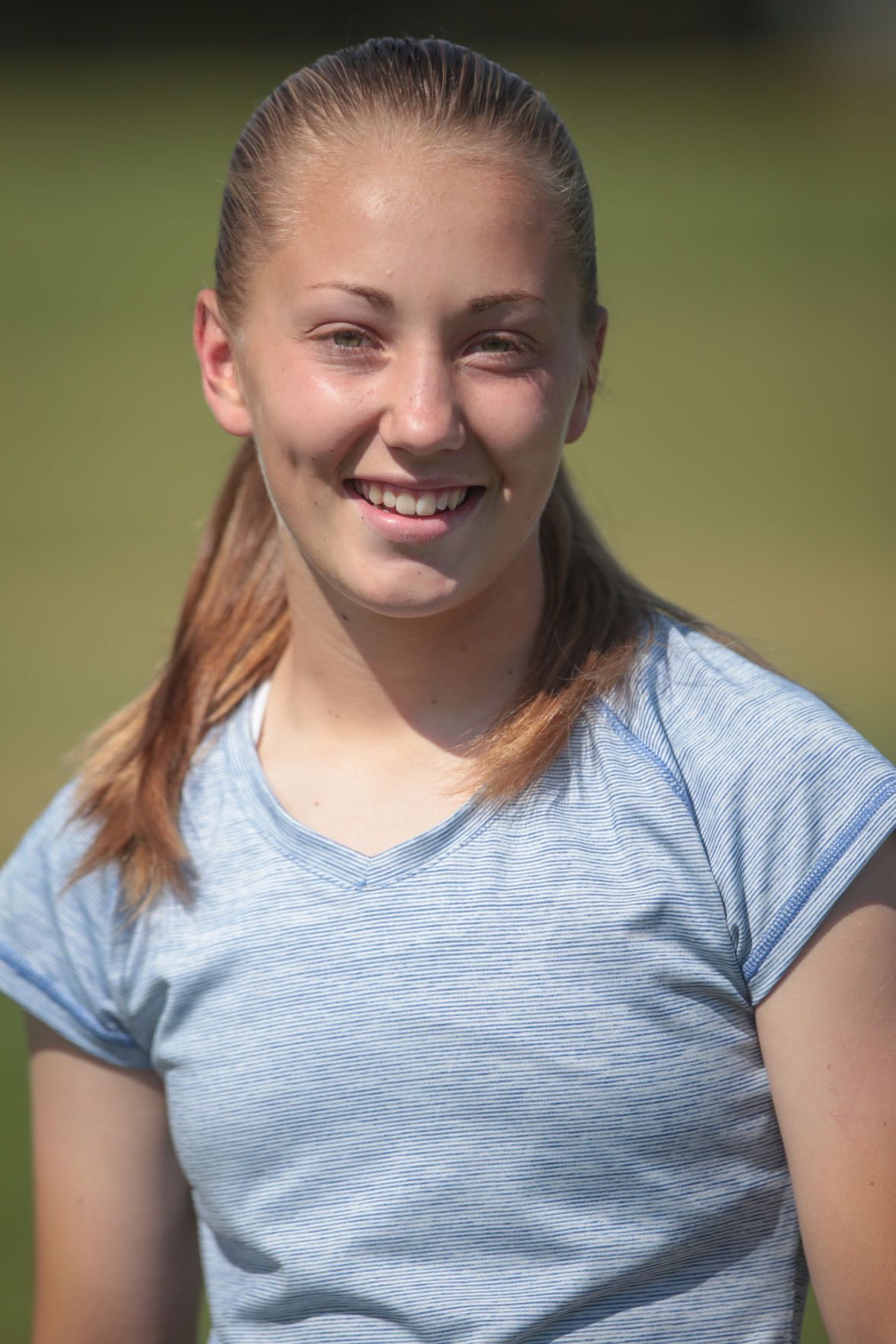 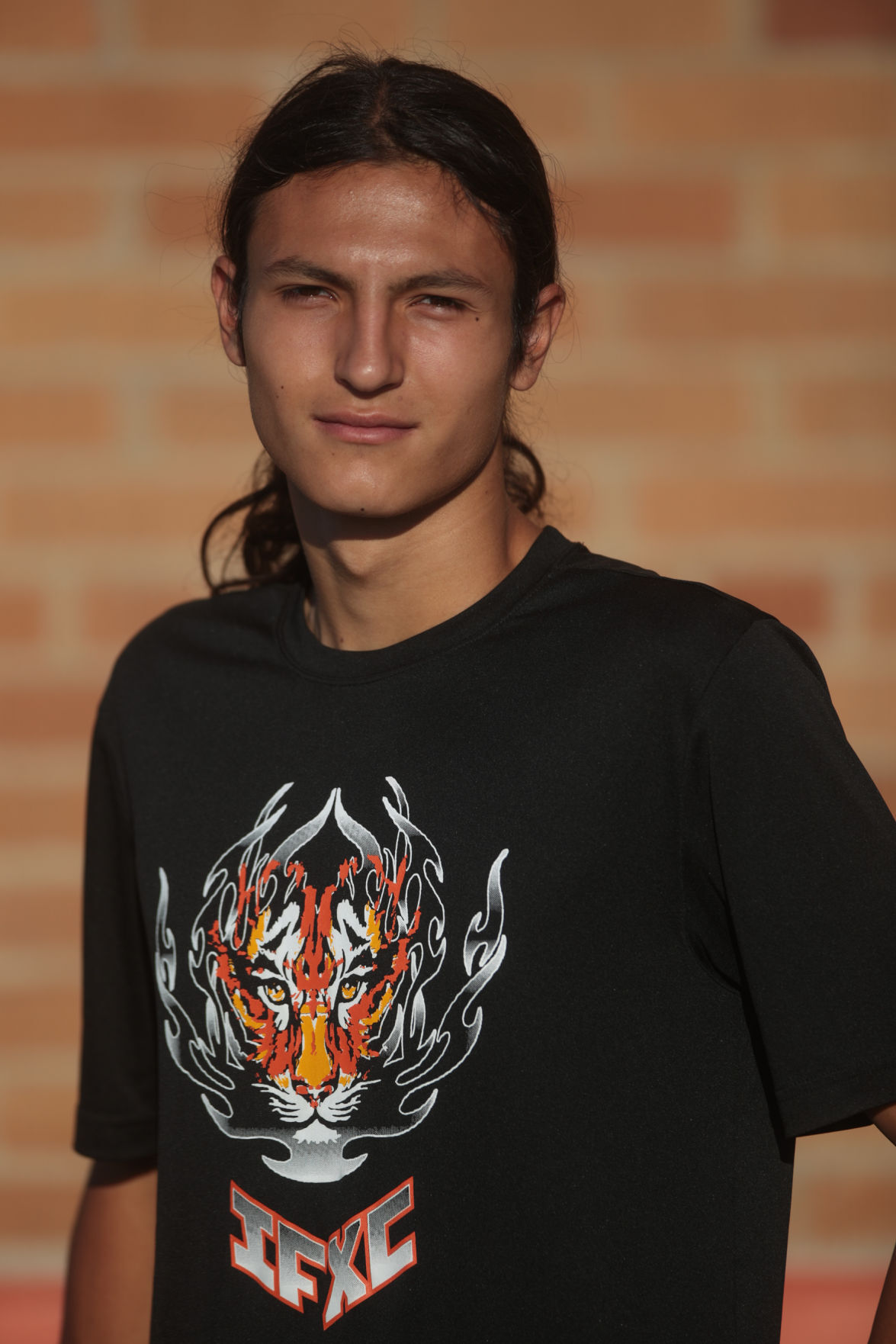 Idaho Falls cross country runners warm up during a workout on Monday.

Skyline's Sariah Harrison looks to challenge for a state title.

After a significant trophy haul in four years of 4A competition, the Idaho Falls cross-country team is moving to 5A.

Competing in 5A is no new venture for Alan McMurtrey, who has coached in 5A for 17 of the 21 years he has been Idaho Falls head coach. He said the Tigers look forward to the challenge.

"I'm pretty familiar with how strong some of those teams are," McMurtrey said. "The difference in competition level, we know it's tough. My kids, we're trying not to skip a beat."

The move brings 5A District 5-6 to five teams and adds to an already loaded conference, particularly for the boys. Madison battled Rigby for the last three district titles, placed third at the last two 5A state meets and graduated one from its seven runners at state last November. Thunder Ridge graduated BYU signee Stetson Moss, but returns everyone else while Rigby graduated two of last year's state runners.

"They're the real deal," Thunder Ridge head coach Bob Hagert said of the Idaho Falls boys, whom he tabbed as 5A state title favorites. "We have a district that's tough already, then you add I.F. I.F. is the creme of the crop, but the teams below it are tougher than people realize."

"We're gonna be pretty small compared to those teams out there, but I'm pretty excited to get out and compete against those schools from Boise," said Bright, who won the 4A individual state title last season. "Our goal is the same, to get that fourth title."

As for the girls, McMurtrey said there is a little less depth as the boys team has greater numbers. Like the boys, however, the Idaho Falls girls return multiple state medalists.

"The girls know that it's gonna be a lot harder (in 5A)," McMurtrey said. "We just want to be as competitive as we can. As far as the top kids competing for those top spots, the key thing is to stay healthy. They've come into the season strong as a group."

With Idaho Falls' departure, the 4A state and district titles are up for grabs. District 6's top two returning girls from 2019 are in 4A: Bonneville sophomore and defending individual state runner-up Alivia Johnson and Skyline senior, three-time individual district champion and three-time state medalist Sariah Harrison.

Harrison said she hasn't thought much about the Tigers leaving 4A, but looks forward to still seeing them at meets.

"We're still good friends," Harrison said. "We'll be able to cheer them on at the state meet now."

Harrison, who battled injury last season, was diagnosed earlier this year with a tightened fascia, a muscle that surrounds tissue in the foot. The injury reduces flexibility and causes trigger points of pain, and she went six months after cross-country where 'every step hurt.' Upon working with a physical therapist for a few months, she resumed running in June.

Even amid the uncertainty of COVID-19, Harrison said she is grateful to be running again.

"Running has been amazing, like a miracle," Harrison said. "I'm not worried about the season getting canceled. I'm just really excited for this season. It will be good whatever it is."

Bright, whose last official meet was at February's Simplot Games in Pocatello, spent the summer running in groups of no more than four people and is now training in a group of 10 per I.F.'s practice precautions. He said he is approaching this fall like he did the spring before track season was canceled: train as if it will happen as scheduled.

"I know we don't have a lot of opportunity to be faster than last year (with cancellations)," Bright said. "I want to take this season to be the absolute best I can be with what I have."

Zac Bright, Idaho Falls sr.: Bright will take on 5A as a senior after running a personal best 15:23.3 and becoming the first District 6 boy to win the 4A state individual title last fall.

Will Dixon, Madison sr.: Madison's No. 1 boy, who ran a personal best 15:43.4 and placed fourth at the 5A state meet last year, returns to lead a Bobcat team that had only one senior in its top seven last season.

Alivia Johnson, Bonneville soph.: Johnson had an impressive high school debut last fall, placing in the top five of every meet, ran a personal best 18:17.6 and took second at the 4A District 6 and 4A state meets.

Sariah Harrison, Skyline sr.: A three-time cross-country state medalist and the lone District 6 girl to ever break 18 minutes for a 5k, Harrison is back to lead the Grizz girls for a fourth year.

Allison Lemons, Idaho Falls soph.: Lemons made her high school debut last year with six top-15 finishes, including placing 14th at the 4A state meet in a personal best 19:18.5.

The Tigers move to 5A having won three consecutive 4A state titles and graduated one from last year's seven runners who competed at state.

The Bobcats, who have won four consecutive 5A District 5-6 titles and back-to-back 5A state third place trophies, graduated one from last year's seven runners who competed at state.

The two-time defending 2A state champions graduated one of last year's seven runners who competed at state and return the individual champion, Johnathon Simmons.

The Tigers move to 5A having won a program first state title to end their time in 4A last year, and their top five finishers were underclassmen.

The Diggers return four medalists from last year's team which won a third consecutive 3A state title and, like the boys, are junior laden.

A year after placing second at the 4A District 6 meet, the Grizz will be vying for the title in a wide-open district as Idaho Falls departs for 5A.

Salmon, which placed third at last year's 2A state meet, has won six consecutive 2A District 6 titles and graduated one of its seven runners that competed at state last year.

Cardinal Classic, Sept 5: Hosted by Idaho 2A dynasty program Soda Springs, this is the first large meet in the region and the first true test for area runners.

Tiger-Grizz Invitational, Sept. 12: The biggest meet in District 6 puts runners from 1A to 5A on the same course at the same time on challenging terrain at Freeman Park.

Bob Conley Invitational, Oct. 8: This meet has grown bigger in the last four years ever since the Portneuf Wellness Complex opened and typically draws state trophy teams from Boise.