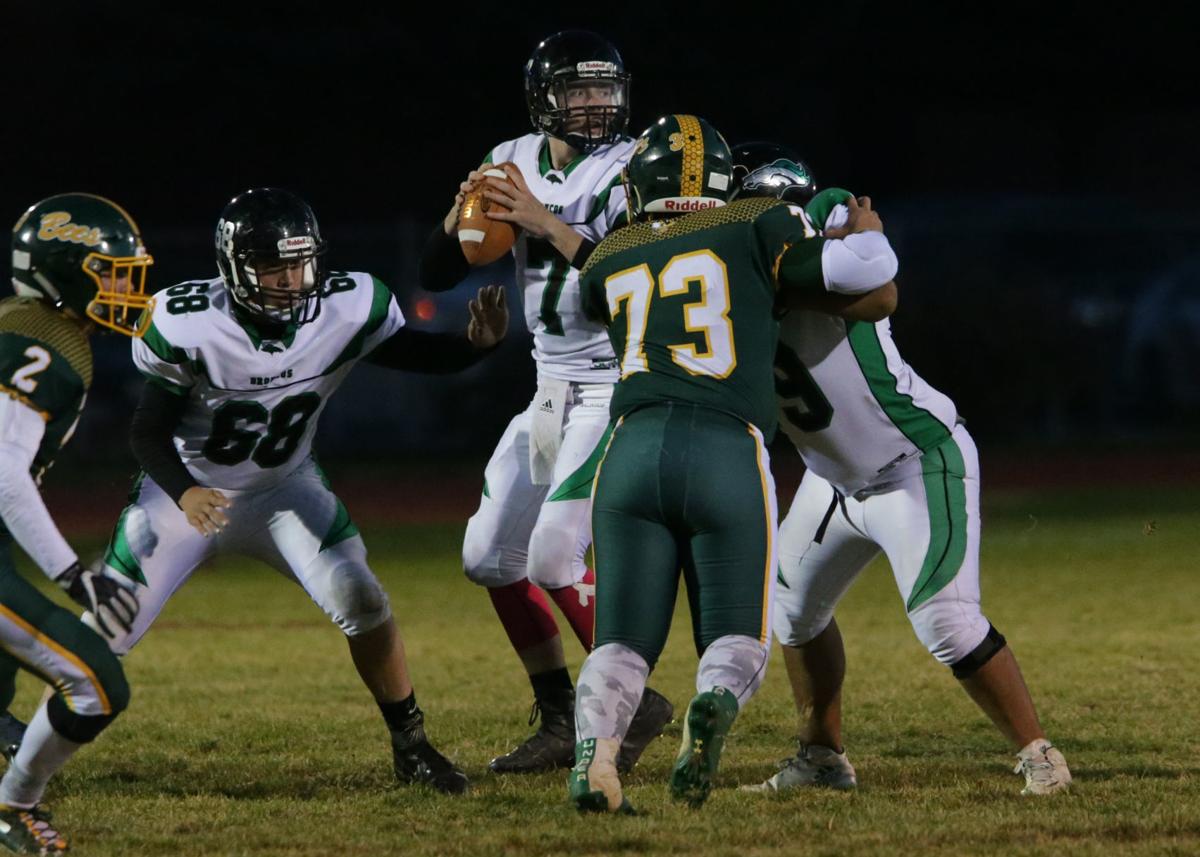 Blackfoot’s Craig Young helped lead the Broncos to the district title and a berth in the 4A state title game. 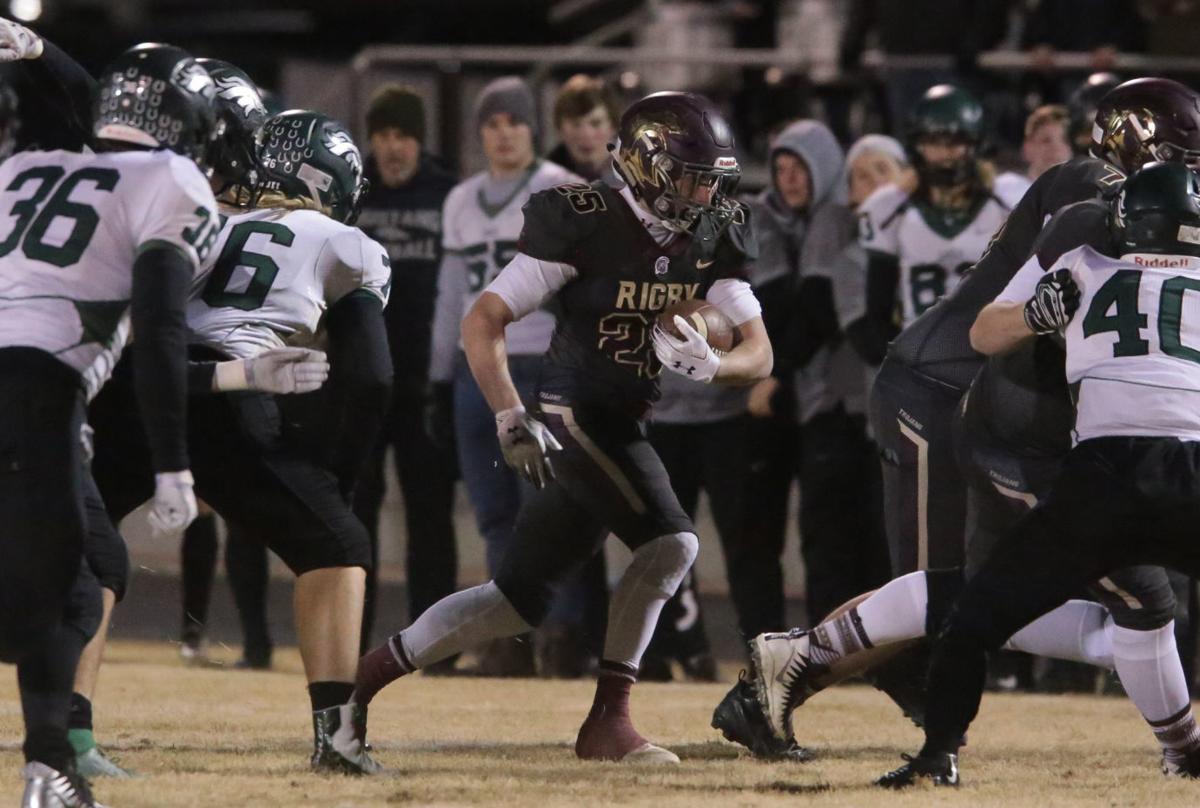 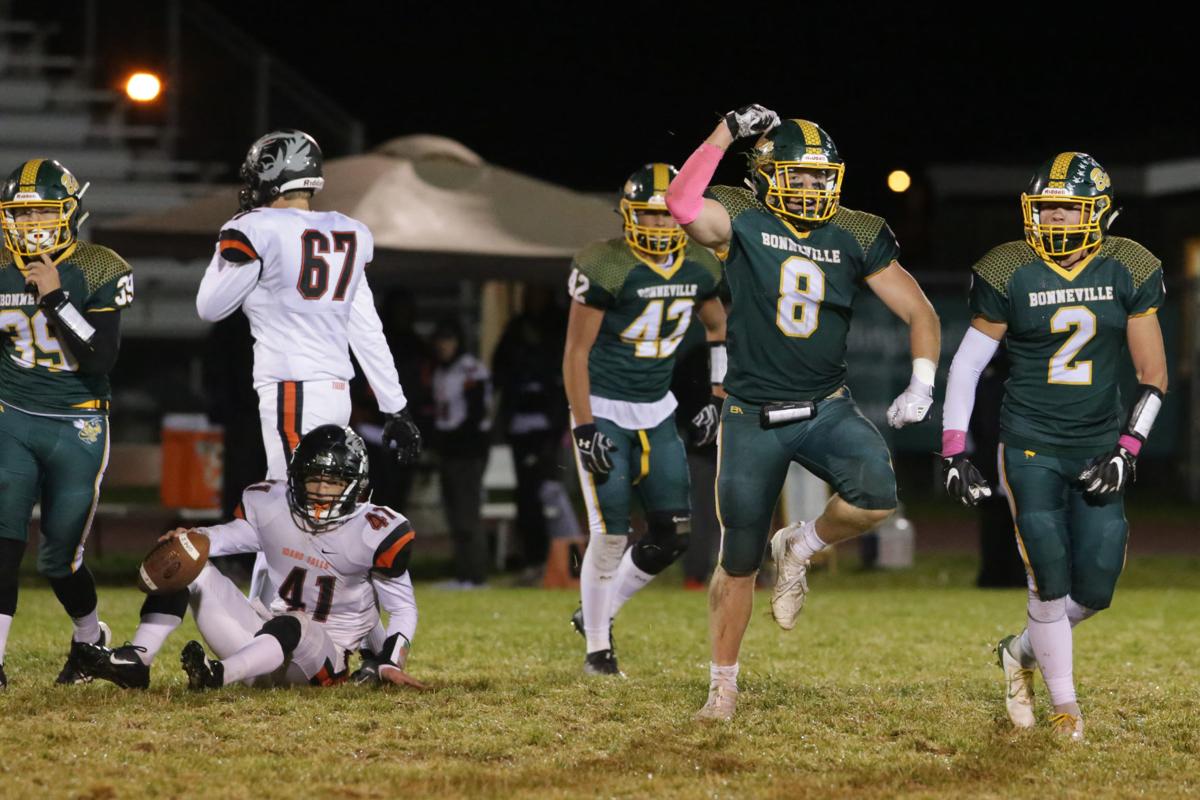 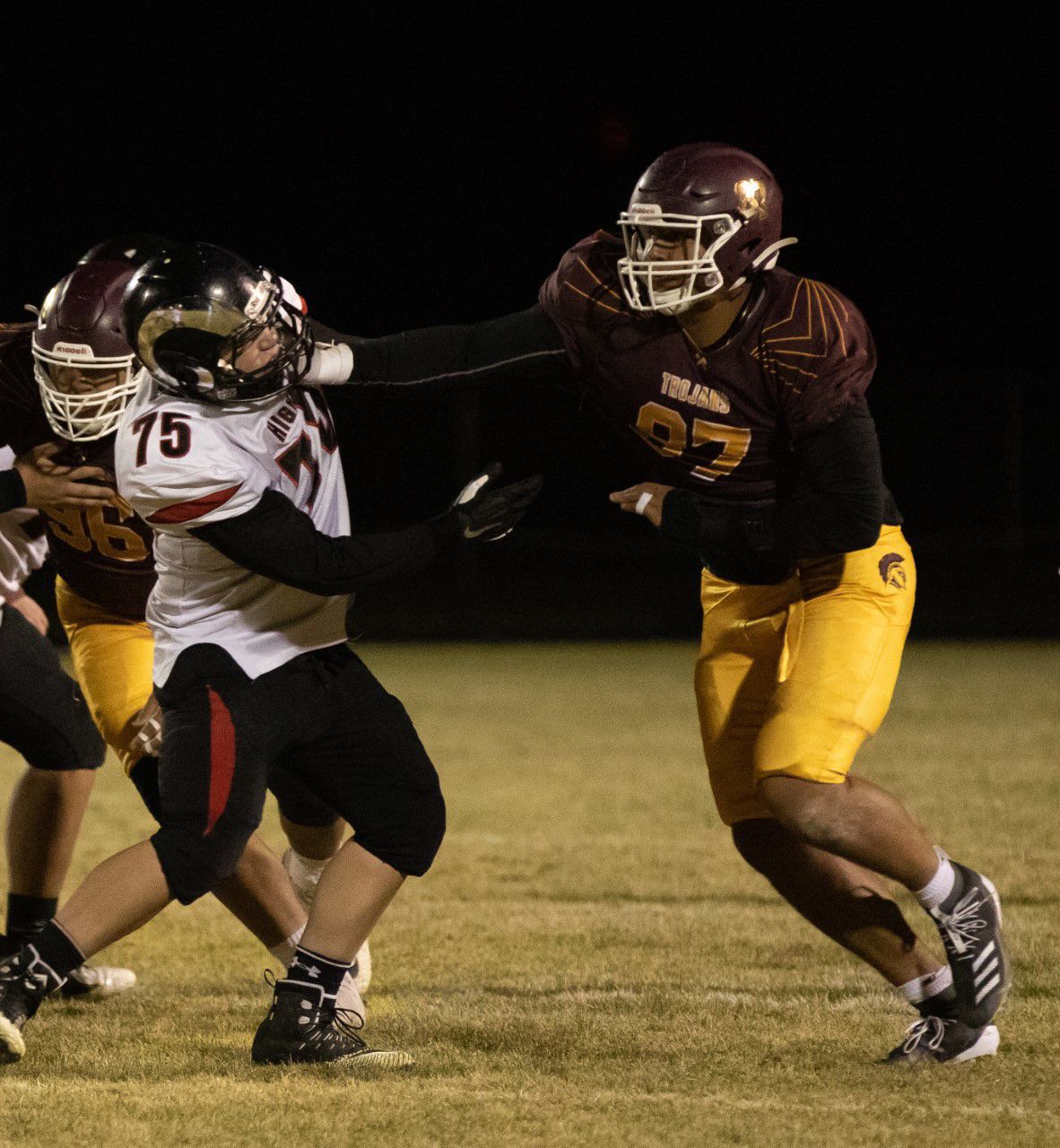 Blackfoot’s Craig Young helped lead the Broncos to the district title and a berth in the 4A state title game.

The senior helped lead the Broncos to the 4A District 6 title and a berth in the state title game for the first time since 2014. Young passed for 1,850 yards in nine games and threw five touchdowns passes in the state championship game against Kuna. “He did a good job running their team,” Hillcrest coach Kevin Meyer said. “He was a big reason for their success.”

The Trojans’ top back ran for 1,140 yards and 14 touchdowns. His name will go down in Rigby lore as the runner who converted the 2-point conversion to win the program’s first 5A state championship in double overtime. “He was the hardest runner we faced all year,” Bonneville coach Matt Virgil said. “I was impressed how powerful he was.”

Among a talented group of Bronco players, Thomas was the legs that made the offense move. Listed at 5-7 and 165 pounds, Thomas was a workhorse in the run game as the Broncos finished atop the 4A District 6 standings. He ran for 1,825 yards in nine games. “No matter how many times we would get a hit on him he would just keep going,” Skyline coach Scott Berger said. “He’s not all that big but he runs real hard and he has good speed.”

Miller was a do-everything player in the Diggers’ run to another 3A state title. The speedy Miller played running back, receiver, punter, and was a stalwart at defensive back. He had five receiving touchdowns and averaged nearly 23 yards per catch. He also rushed for 711 yards and nine touchdowns in Sugar-Salem’s prolific offense, including tallying 115 yards and a touchdown in the state title win over Homedale.

Fredericksen was Rigby’s big-play weapon in the team’s playoff push. The senior scored seven of his 12 touchdowns in the postseason, including four in the double-overtime state championship win over Coeur d’Alene. Fredericksen scored the touchdown to send the championship game into OT, and also scored in the overtime. “He was a good route runner, but there’s a lot trust between him and their quarterback,” Hillcrest coach Kevin Meyer said.

An all-conference selection for the Grizzlies and a returning Post Register all-area first-teamer, Maloney scored 10 touchdowns in a balanced offense, averaging 7.1 yards per rush and caught 33 passes for a 13.5 yards-per-catch average. He scored two touchdowns to help lead the Grizzlies over Idaho Falls in the Emotion Bowl. “He’s such a dynamic player,” Rigby coach Armando Gonzalez said. “He can do so much.”

In a run dominated offense, Zirker proved a valuable part of the Knights’ blocking schemes despite battling injuries. Hillcrest racked up more than 300 rushing yards per game on the way to the postseason. “The kid’s a tough kid,” Hillcrest coach Kevin Meyer said. “He was a good down blocker. When he was in the game was probably our best blocker.”

At 6-foot-3 and 275 pounds, Laird was the anchor of the Knights’ line that caused opposing defenses all kinds of problems. The all-conference first-teamer was also a conference honoree on the defensive side of the ball and was a Maxpreps all-state selection. “With their style of offense you have to have physical linemen and he fits that bill,” Skyline coach Scott Berger said.

The Broncos were second in 4A District 6 in scoring and Wall was a key part of the line spearheading the running game with Teegan Thomas. The pulling guard was also an all-state selection.

The Trojans had plenty of skill players make big plays during their playoff run, but it was the offensive and defensive lines that paved the way. Madsen was a first-team all-conference selection by coaches and an all-state pick.

The Bobcats struggled this season but Gonzalez was an all-conference pick and part of a line that moved the ball behind dual-threat QB Easton Cordero, who kept defenses off balance either running or passing.

Bennion was the player of the year in the Mountain Rivers Conference and 3A state player of the year after helping lead the Diggers to a second-straight state title. Bennion had 93 tackles and three interceptions. His interception for a touchdown in the state championship game turned the game in the Diggers favor. Bennion also rushed for 10 touchdowns. “He totally encompasses everything we’re about at Sugar-Salem,” Diggers’ coach Tyler Richins said.

The Bees’ top player was named all-conference tight end, but was also the heart and soul of the Bonneville defense, which was second in the conference in points per game allowed. “He’s a tough kid,” Skyline coach Scott Berger said. “He’s a sideline to sideline type guy who makes a lot of tackles.”

A first-team all-conference pick at one of the most competitive positions in the conference and was also a second-team all-state pick for the Trojans. “He’s a tough-nosed kid who will come up and hit everybody and covers the field well,” Idaho Falls coach Marty Duffin said.

A stalwart on both sides of the ball, Togiai is one of the most prized recruits in the state. At 6-foot-7, 295 pounds, he has the size and speed for the next level and finished the season with 17 tackles for loss and five sacks to earn all-state honors, including Maxpreps first team. Togiai was also the High Country Conference defensive player of the year.

Falevai anchored the line along with Togiai and earned all-conference and all-state accolades after finishing with 15 tackles for loss and five sacks. The 6-2, 270-pounder also provided some punch as a power runner in short-yardage situations. “They were just dominant on both sides of the ball,” Hillcrest coach Kevin Meyer said. “Teams have a hard time running the football on them.”

The senior was a force on both sides of the line for the Diggers. Copley was named Mountain Rivers Conference Defensive co-Player of the Year and was named to the all-state team as an offensive lineman for the second straight season. “He would get double-teamed, sometimes triple teamed,” Sugar-Salem coach Tyler Richins said, noting if teams focused too much on Copley, the rest of the defenders could take advantage of mismatches.

Baldwin was a first-team all-conference pick for the Broncos and also named to the Maxpreps all-state team after helping the Broncos win a conference title and advance to the 4A state title game.

The Trojans’ top defensive back and captain recorded 70 tackles for the state championship team and was named an all-conference and all-state first-teamer.

“He has good instincts,” Hillcrest coach Kevin Meyer said of Thomas, who was a first-team all-conference pick. “He was a difference maker on their defense. He has a nose for the ball.” Skyline allowed 20.8 points per game and finished second in the 4A District 6 conference.

The senior recorded 38 tackles and was second on the team with 18 solo tackles. Holloway also caught a team-high five touchdown passes for the Bobcats. He was named to the all-conference first team list as a DB and was second team as a receiver.

One of the top two-way players in 4A District 6, Robinson was a first-team all-conference selection at receiver and defensive back. He was named first-team all-state as a DB after leading 4A with eight interceptions. “He’s a good athlete and very versatile on both sides of the ball,” Hillcrest coach Kevin Meyer said.

Moore was the Tigers’ workhorse in the backfield, tallying more than 1,600 yards on the ground, but he was equally as dangerous as a returner.

Already a first-team selection as a running back, Youngstrom proved he can punt as well, earning all-conference honors and second-team all-state.