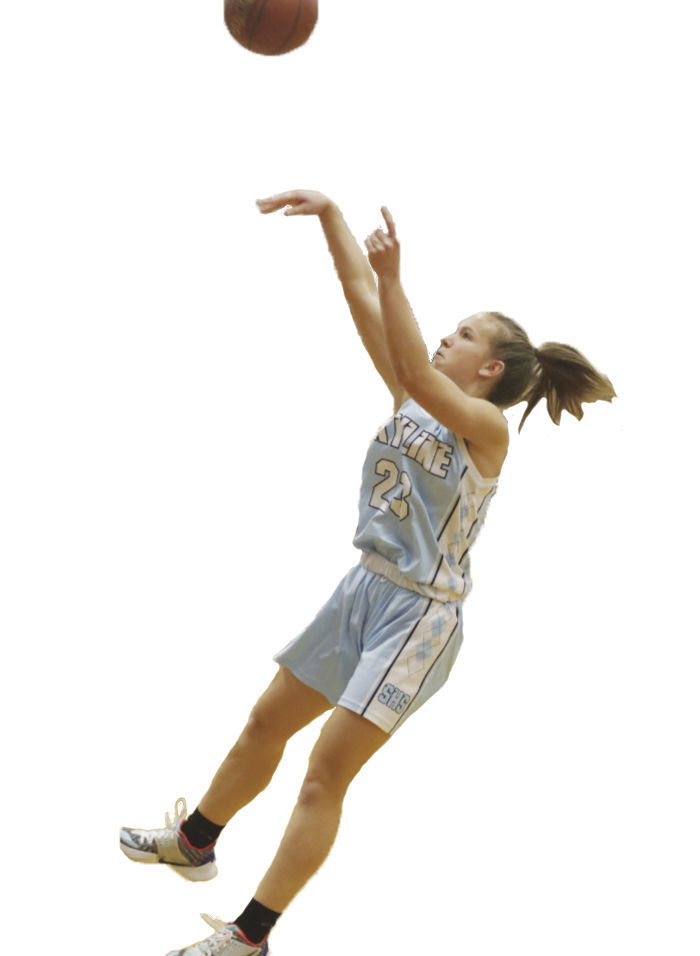 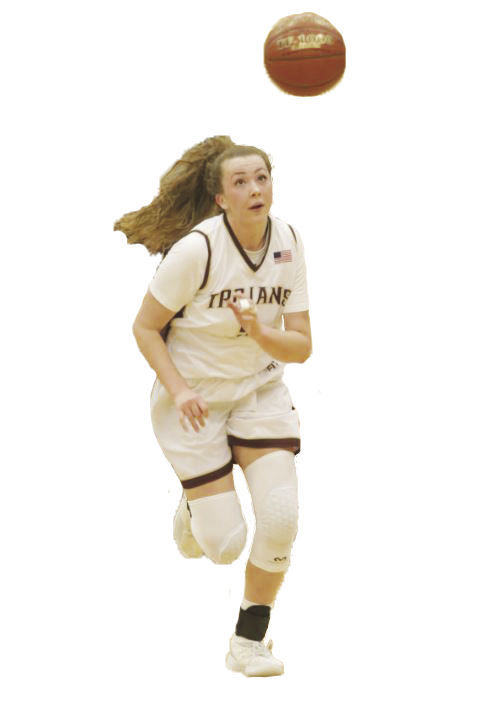 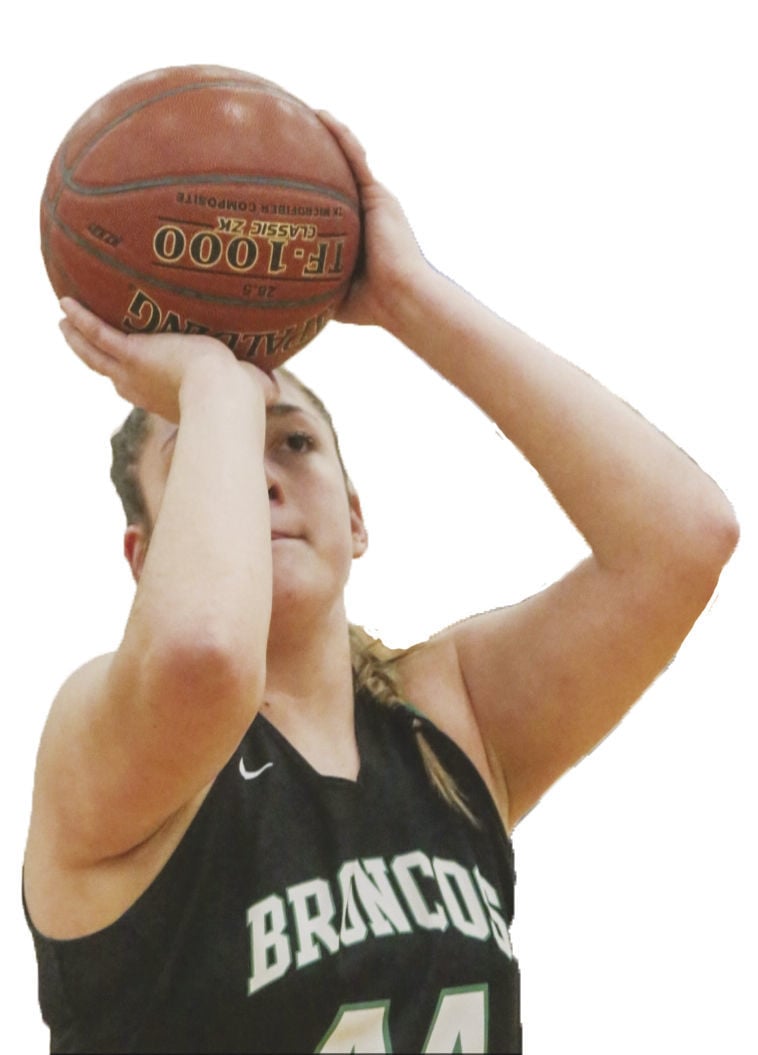 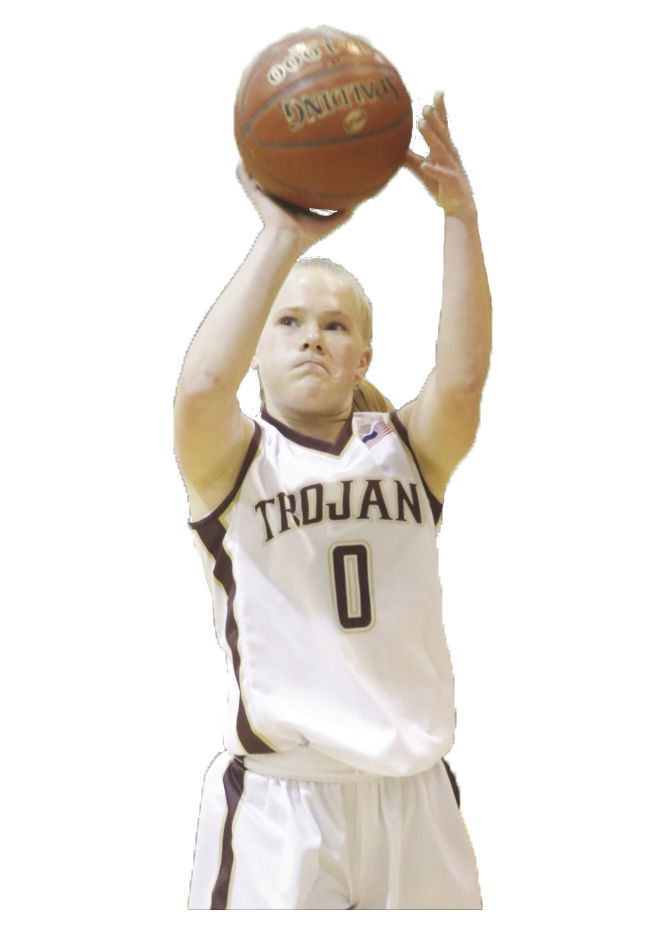 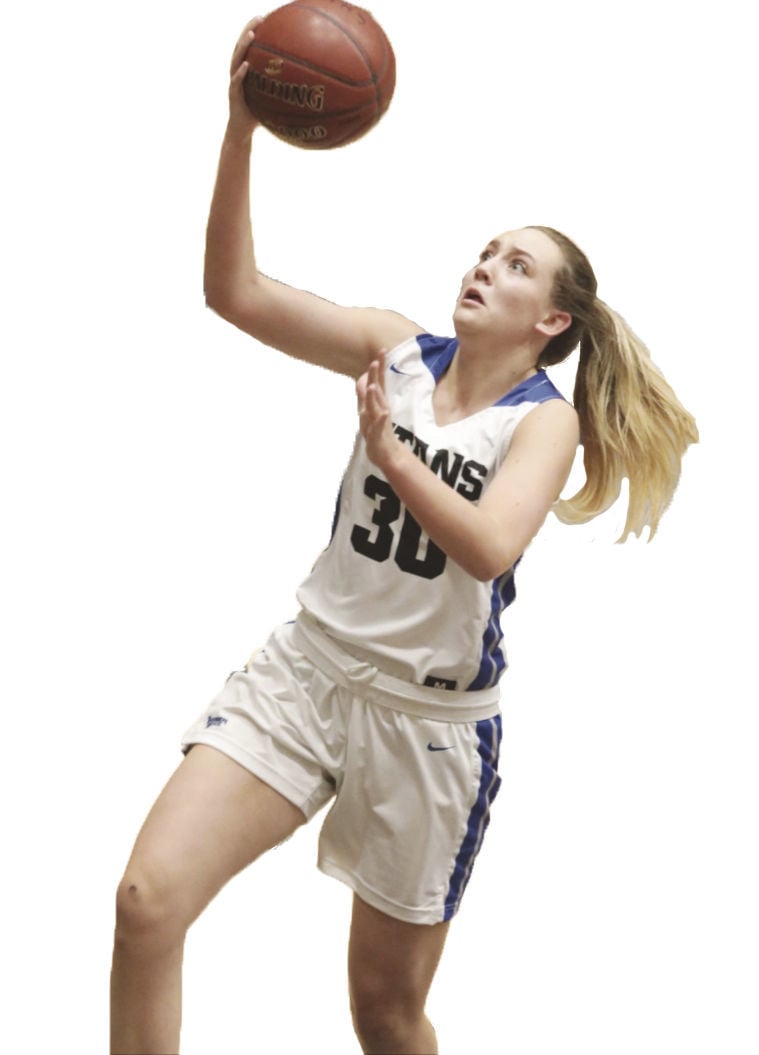 THE PLAYER: An impact as a freshman last season, Olson became Skyline's leading scorer and District 6's leading scorer this season. District 6 coaches said her outside shooting and offensive rebounding became more of a threat this year, making her a tougher matchup, and remarked that she brings so much energy that it lifts the rest of her team up. They added that she is one to watch for the next couple of years as a potential All-Area Player of the Year candidate.

WHAT COACHES SAID: "I think we're gonna be talking about her in the way of Sadie. I don't think there's anyone out there that's working harder than she is. Fundamentally, she's def spent a lot of time on her own in the gym working on what she does. I know there's a lot of girls out there that are in the gym, but you add in the strength training she's doing. That's only gonna benefit her." -Idaho Falls coach David Vest.

THE PLAYER: Jones went from being one of Rigby's youngest varsity players last season to an experienced leader on a junior-laden team this season. Tough to stop in the paint and top 10 in the area in rebounds, Jones also shot 34.4 percent from 3-point range. The 6-footer was also commended by coaches for how respectful she was on and off the court.

WHAT COACHES SAID: "She's a hard matchup. That creates a lot of issues on defense. She has the size but she also has the outside shooting. Even though she was young last year, she brought a lot of experience to this year's team." -Blackfoot coach Courtnie Smith.

THE PLAYER: Like Skyline's Mattie Olson, Humpherys made her presence known right away last season as a freshman with a high basketball IQ. Consistently double-teamed, Humpherys ended the season as Blackfoot's leading rebounder and averaging close to a double-double. District 6's leader in field goal percentage and rebounding, Humpherys has also been tabbed a player to watch for the next two years.

WHAT COACHES SAID: "This year, she was just fantastic. I love watching her play. I love having conversations with her about basketball. Over the next two years, oh boy. She's definitely gonna be fun to watch." -Thunder Ridge coach Jeremy Spencer.

THE PLAYER: Rigby's smallest player at 5-foot-2 and one of two seniors on a junior laden varsity roster, Murdoch's experience was invaluable for the Trojans this season. Arguably District 6's most clutch free throw shooter, Murdoch made three foul shots in a row to give Rigby a 49-48 win over Thunder Ridge in the 5A District 5-6 semifinals en route to a repeat district championship and 5A state tournament appearance. The speedy guard also shot 40.6 percent from 3-point range, which was No. 2 best in District 6.

WHAT COACHES SAID: "What she can do in a crowd and in tight spaces--her bounce paces, her euro step--for her size is very very impressive. She definitely was always in the correct spot. Very rarely did she get beat on defense." -Bonneville coach Ryan Erikson.

THE PLAYER: The 5A District 5-6 Defensive Player of the Year, Davenport was recognized by coaches for the work she did on both ends of the court for the Titans in their second year as a program. The 5-foot-11 shooting guard was not only a tough cover in the paint, but showed her range this season from the 3-point line. She was also nails from the free throw line, leading Thunder Ridge with 74.4 percent shooting.

WHAT COACHES SAID: "When she's on, she can hit from everywhere. You don't want to get in a bad defensive rotation off of Lauren. If she hits one, the next possession is gonna be hard for you." -Bonneville coach Ryan Erikson.

Waklee Kunz, sr. guard, Teton: A four-year varsity player, the sharp-shooting and tough to guard Kunz averaged close to 15 points per game and was described as the 'glue' for Teton.

Mardee Fillmore, jr. forward, Sugar-Salem: Fillmore compiled 53 points and 30 rebounds at the 3A state tournament and ended the season with 52.4 percent field goal shooting and 14.72 points and eight rebounds per game for the 23-2 3A consolation champion Diggers.

Tenleigh Smith, jr. guard, Blackfoot: Blackfoot's leading scorer at 12.32 points per game, Smith led District 6 with 5.3 assists per game and was a calm, collected floor general for the Broncos.

Sage Leishman, sr. wing, Bonneville: Not only tough to defend due to her height and length, Leishman was a clutch shooter--particularly in big games--and ended the season shooting 30.9 percent from 3-point range and averaging 4.5 rebounds per game.

Makayla Sorensen, sr. F, Bonneville: Sorensen's return to basketball was a welcomed addition for the 4A state champion Bees as she ended the season averaging 5.6 rebounds, 2.7 assists and 2.6 steals and shooting 48.4 percent from the field.