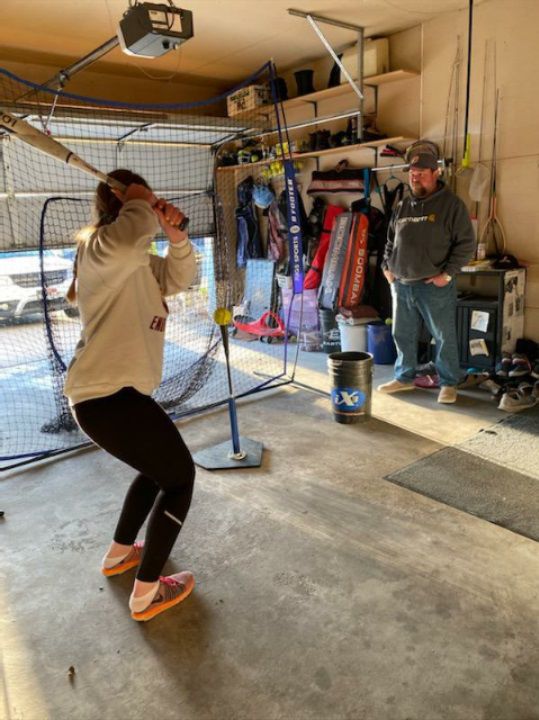 With her father, Skyline head coach Brad Peters, observing, Izzy Peters practices her swing in her garage earlier this week. 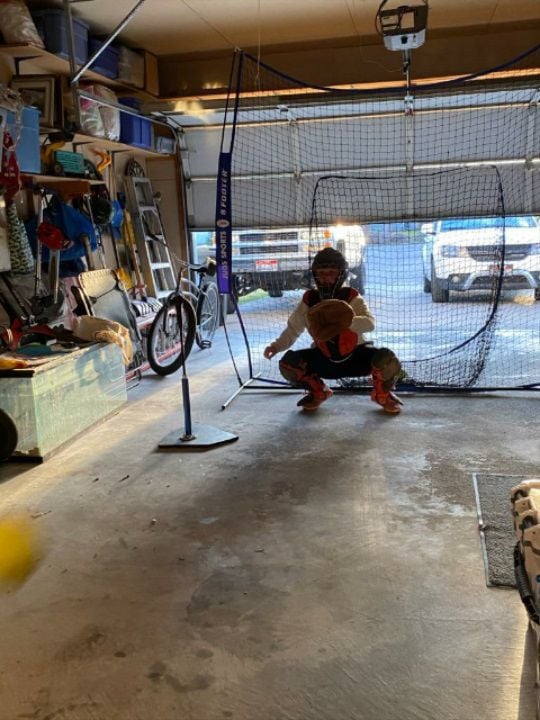 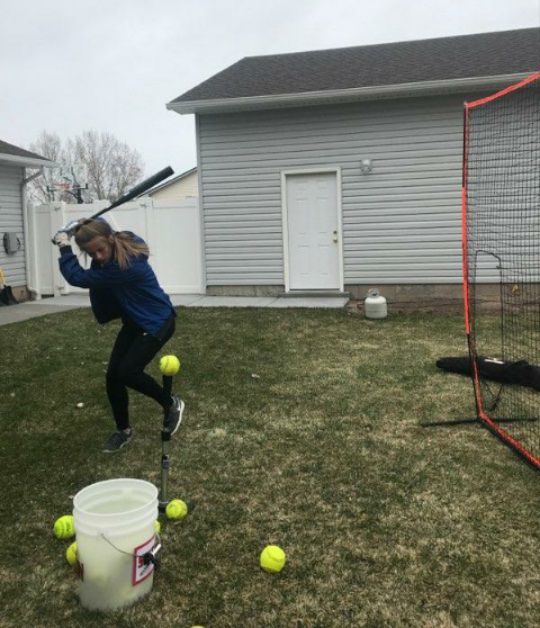 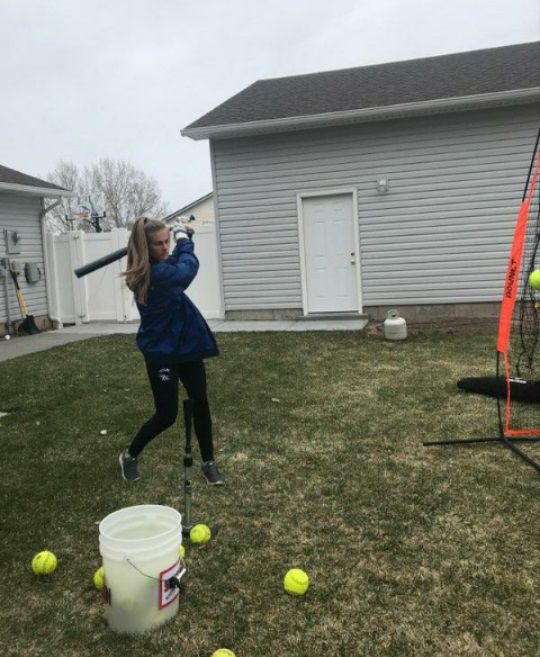 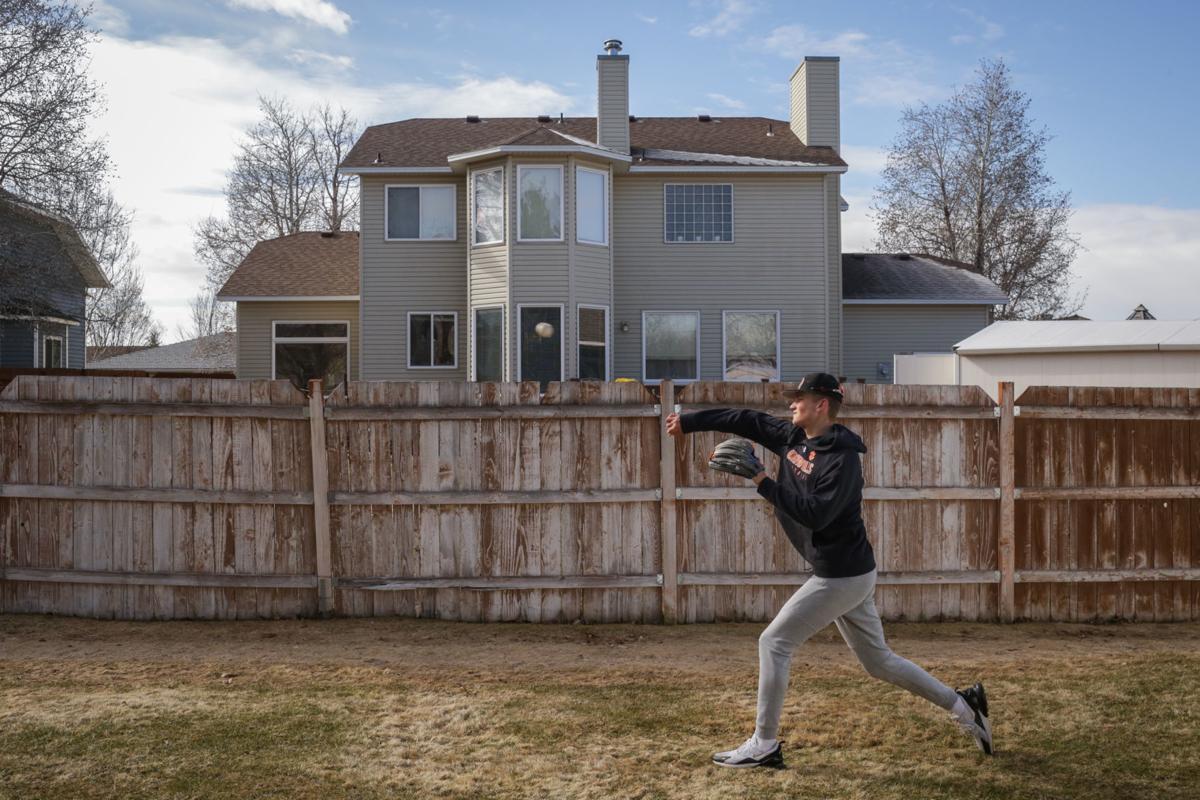 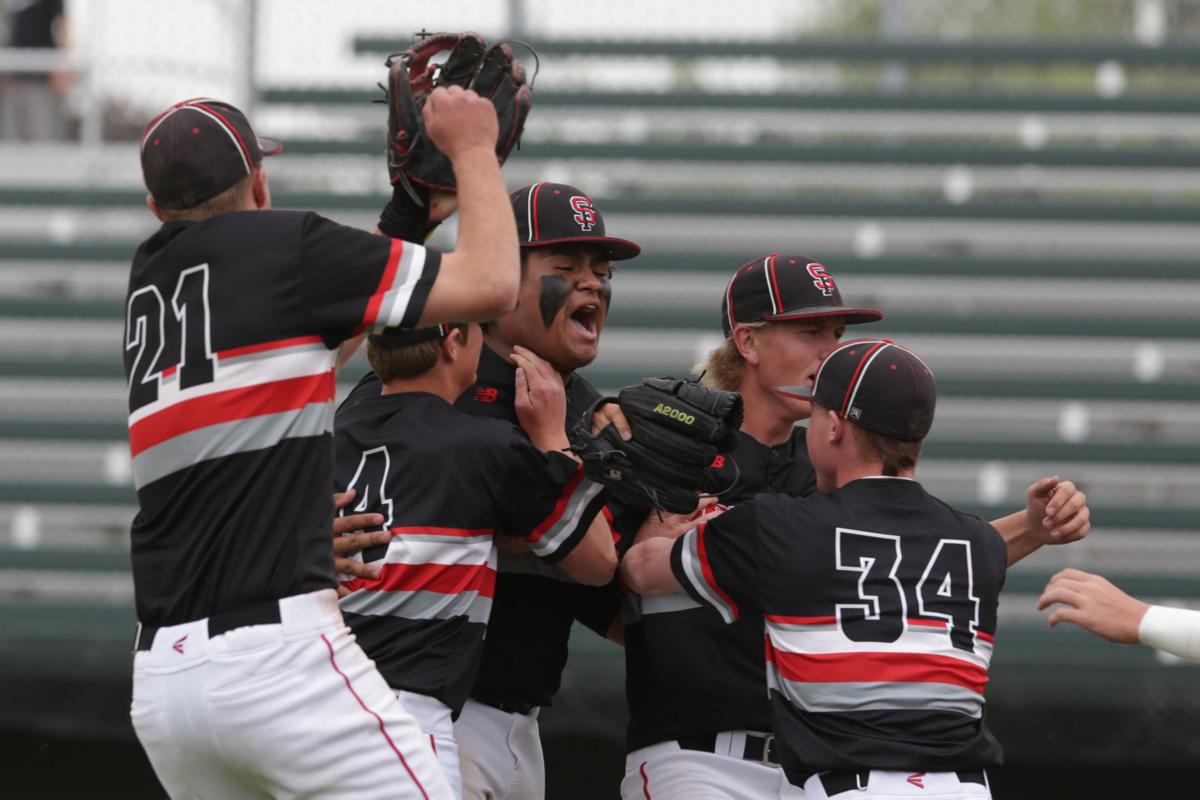 With her father, Skyline head coach Brad Peters, observing, Izzy Peters practices her swing in her garage earlier this week.

Mid-April is typically the time of year high school baseball and softball programs are deep into conference play, with the top teams and players starting to emerge for a postseason push.

A glance at the calendar shows a much-anticipated matchup between the Bonneville and Idaho Falls baseball teams slated for today. In a normal season, this week’s series would be huge, with the Bees fighting to defend their 4A state championship and the Tigers out to avenge last year’s losses to rival Bonneville in the district and state tournament finals.

But this season is far from normal. The COVID-19 shutdown has left teams trying to figure out creative ways to stay in shape and be prepared if and when they can eventually get back on the diamond.

The Idaho High School Activities Association suspended the spring season through April 20. The IHSAA meets Friday and is expected to make a decision on whether to cancel the remainder of the season completely.

In the meantime, teams try to remain optimistic.

With no organized practices permitted due to IHSAA restrictions, area softball players are working out in their yards, garages and basements.

Thunder Ridge junior Sierra John, who is in her second year of competing in softball and track simultaneously in the spring, has a structured workout schedule for both sports. She wakes up by 7 or 8 a.m. to go for a run with her older sister, lifts weights in her garage and works on her swing with a tee and net in her backyard. She said Titans softball players stay in touch via group chat and receive video challenges from head coach Brendon Kopp to work on hand-eye coordination.

The new reality is a far cry from before COVID-19, when she went straight from school to track practice to softball practice each day. A four-sport athlete, John said getting motivated to practice once school closed and spring sports were suspended was a challenge.

“I do sports all year long,” said John, who also runs cross-country and plays basketball. “It’s my life. I’ve never really had a moment in my life where it’s stopped until now. I thought, ‘What’s the point?’ Then I was like, ‘Okay. I gotta get myself out of this.’ It’s nice doing this with my sister. I’m definitely getting creative.”

Bonneville, Skyline and Idaho Falls players are also working out on their own and communicating virtually with coaches and teammates. Bees coach Dennie Edwards said he estimates 80 to 90 percent of his varsity players have their own equipment. Idaho Falls coach Traci Wilkinson said the Tigers are continuing their offseason strength and conditioning workouts and, like John, some of them have their own equipment at home. She added that she has encouraged players to keep up with their class work and stay safe.

“We just told them stay home, be safe, take this serious, make sure they keep their workouts so they don’t lose the progress that they made,” Wilkinson said.

Skyline coach Brad Peters advised his players to hit a bucket of balls every night and his three senior captains, including his daughter Izzy, are in charge of a team group text. Izzy, a catcher and Compass Academy student who has signed with Northland College (Wis.), said she misses her teammates as much as she misses the game.

“(The seniors) are making sure everyone’s okay outside of softball,” she said. “I’m blessed to have the support at home and from coaches. I’m kind of taking what I have and I’m turning it into positivity for others.”

Idaho Falls junior baseball player Jaxon Sorenson has been working out at home with his younger brother in anticipation of resuming the season. He said he’s trying to be optimistic, but understands the reality of a potential cancelation.

“We have some dumbbells, my dad goes and hits ground balls for us, but there’s days I don’t want to do anything,” he told the Post Register.

“I wanted them to watch not as a fan, but as a student,” he said.

Idaho Falls coach Trent Johnson talked to players before the current shutdown about how to stay prepared during the downtime.

“It’s an opportunity for kids to take ownership and do whatever they can to prepare,” he said.

“We’re hoping for a day when we can play again,’ he said.

South Fremont has seven seniors, so expectations were high after reaching the 3A state semifinals last season.

“We realize we’re getting up against the deadline and the reality of it and the way things haven’t changed a whole lot is starting to set in on a few of them,” Hill said. “A lot of them are baseball-first guys and they spend a lot of time on it, so it’s been hard on those kids.”

Most area baseball players compete in American Legion during the summer. Regional and World Series tournaments have been canceled, but state competition is still on, although there may be schedule adjustments.

“Our players have been looking forward to this year for a long time,” Hill said. “I think somehow we’ll find a way to play ball again, even if high school gets canceled. Hopefully we can look forward to Legion and get out on the field if it’s possible.”