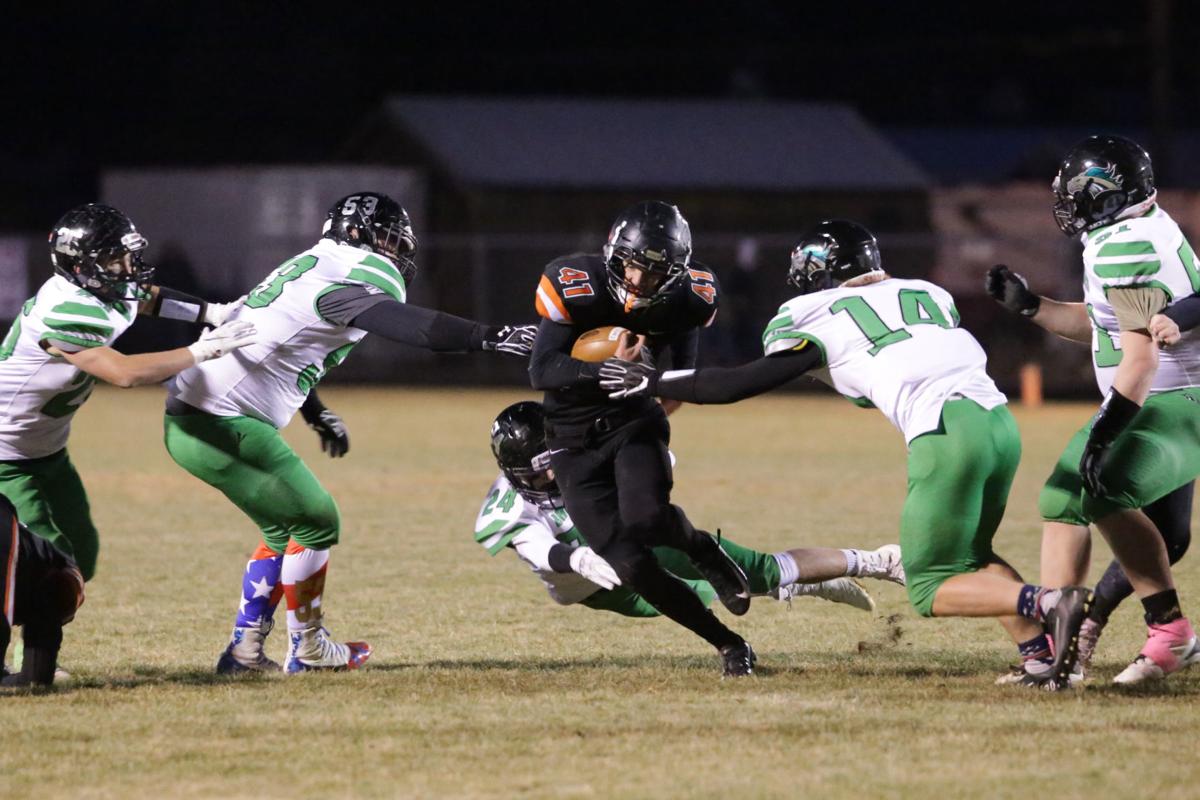 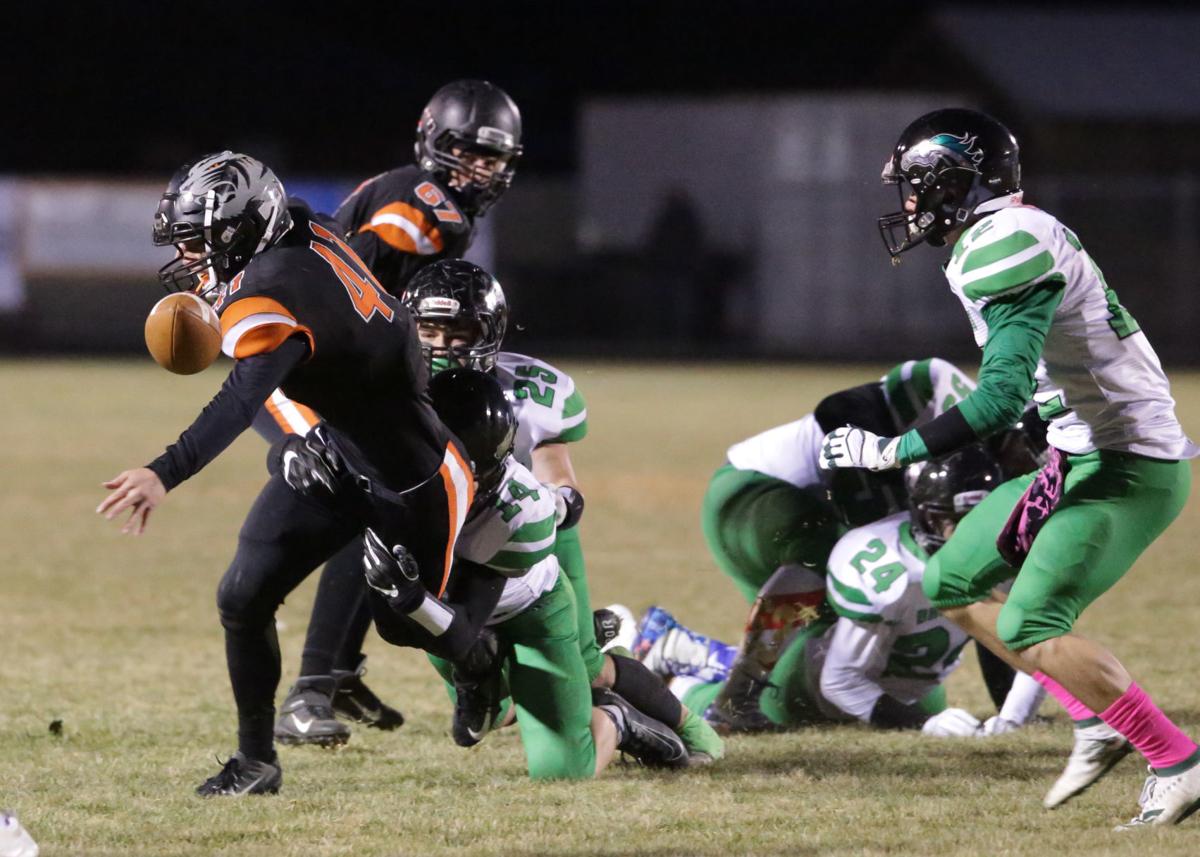 Idaho Falls' Spencer Moore fumbles the ball to be recovered by Blackfoot as Idaho Falls takes on Blackfoot at Ravsten Stadium on Friday, Oct. 18, 2019. 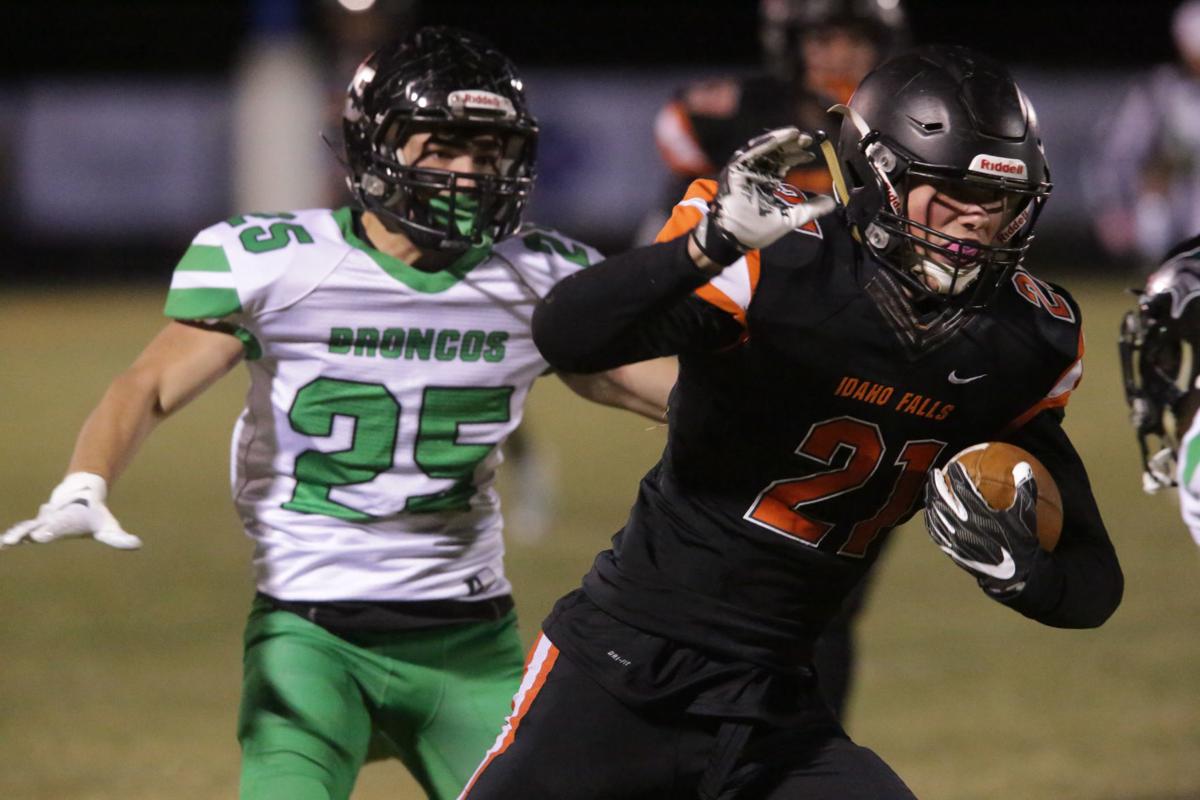 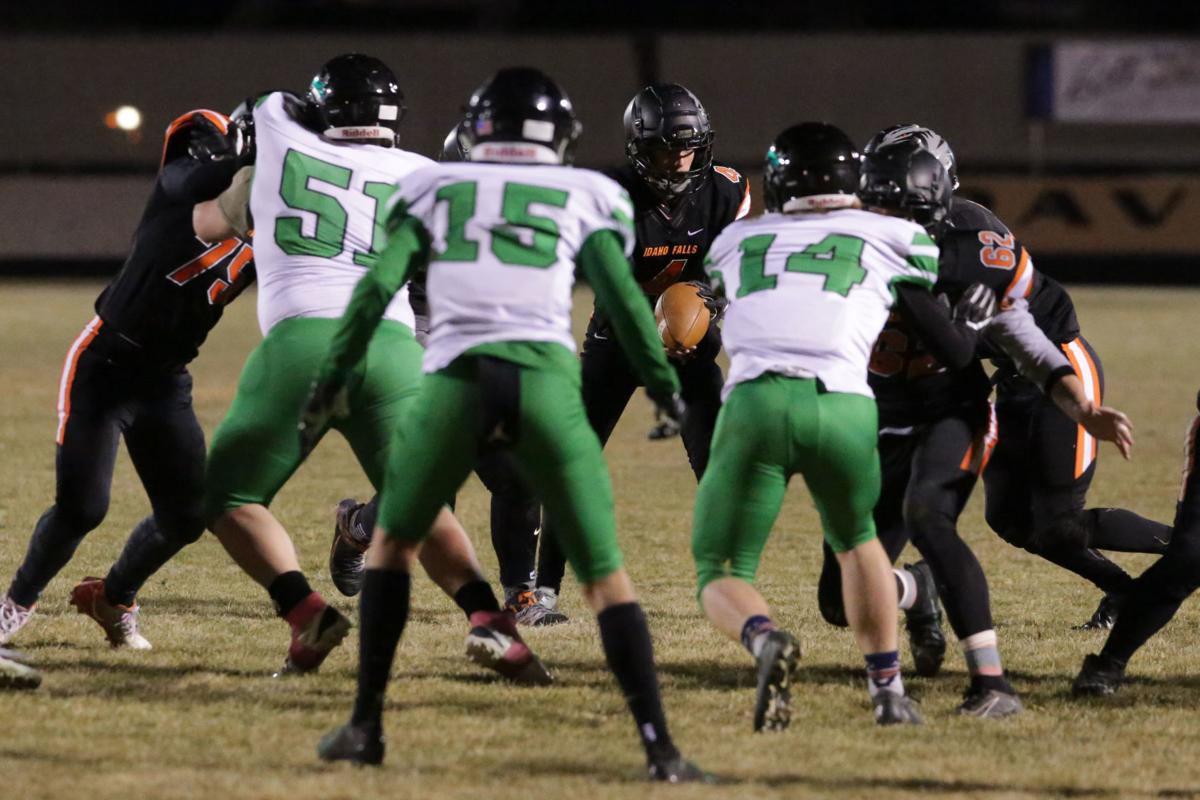 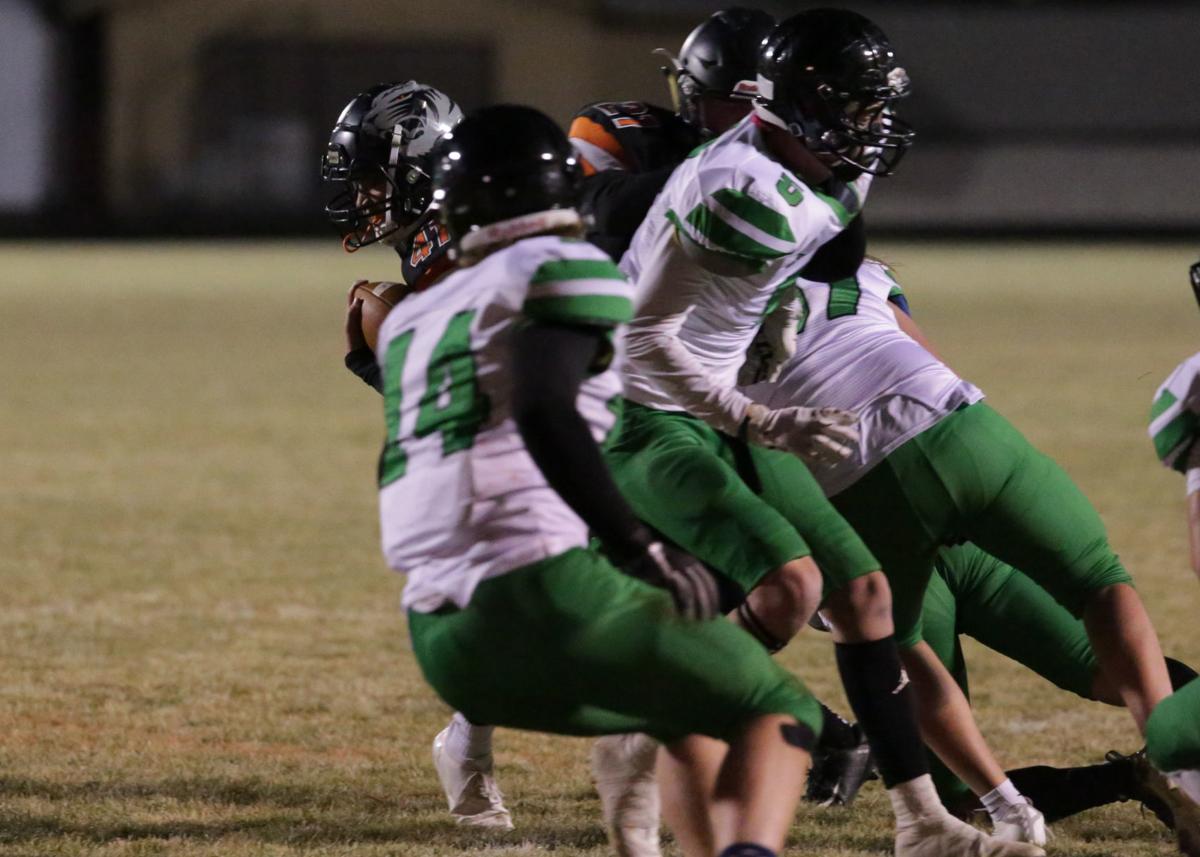 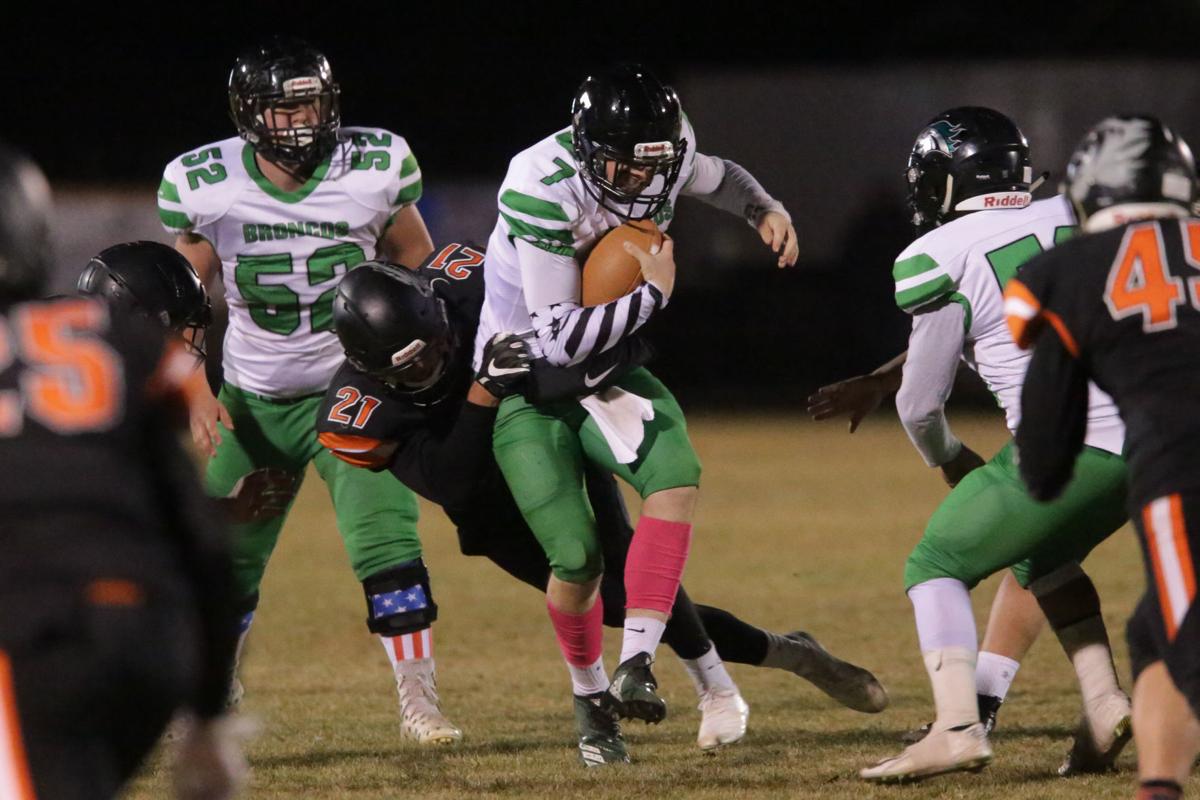 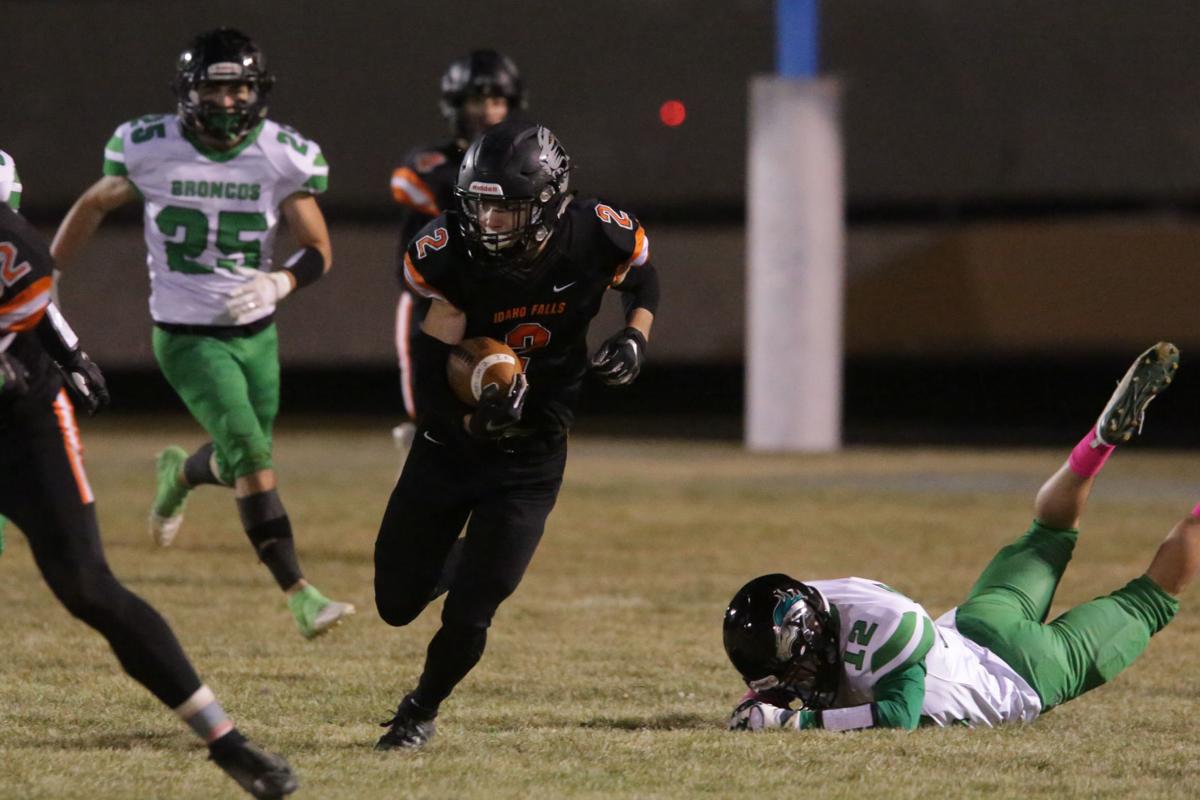 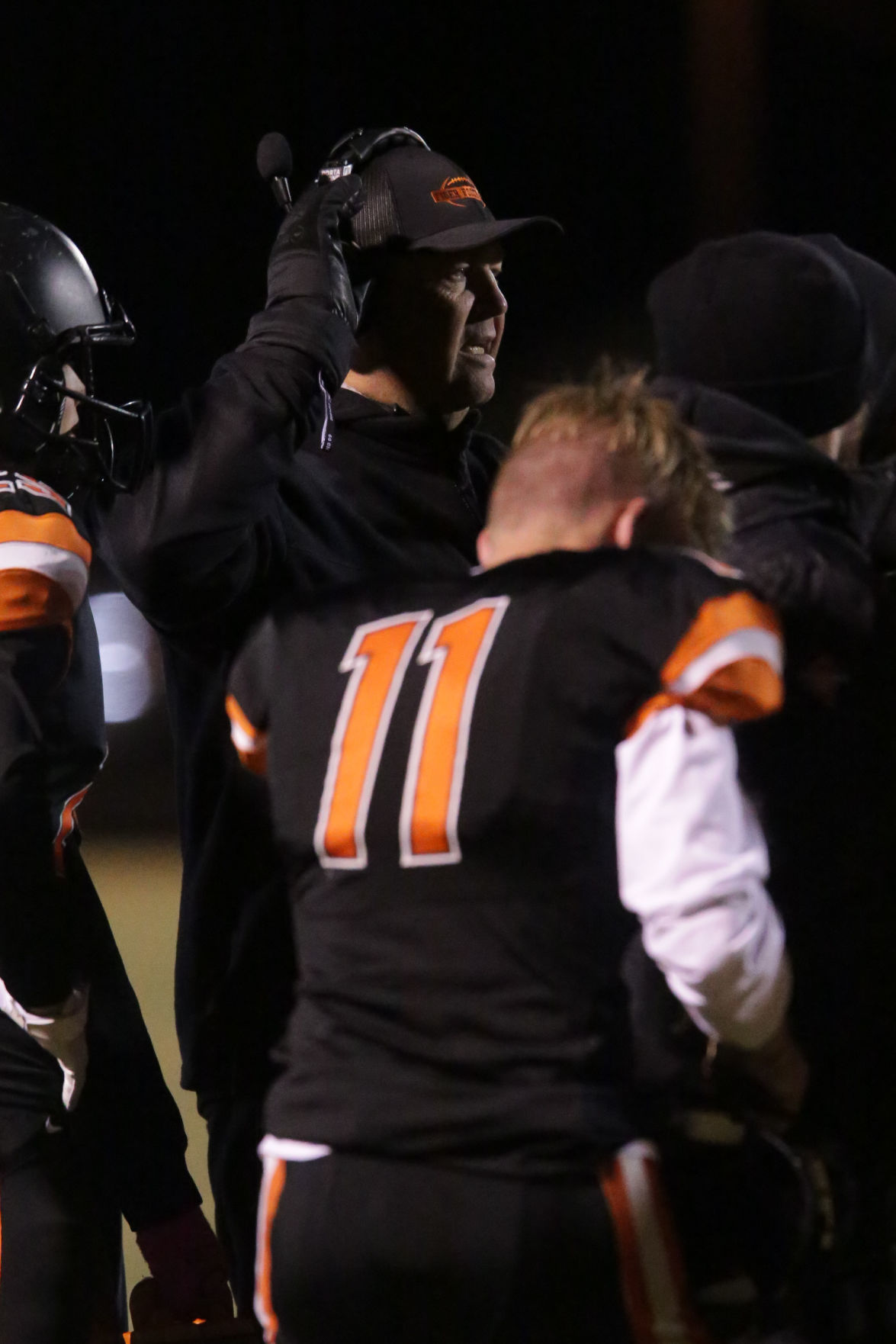 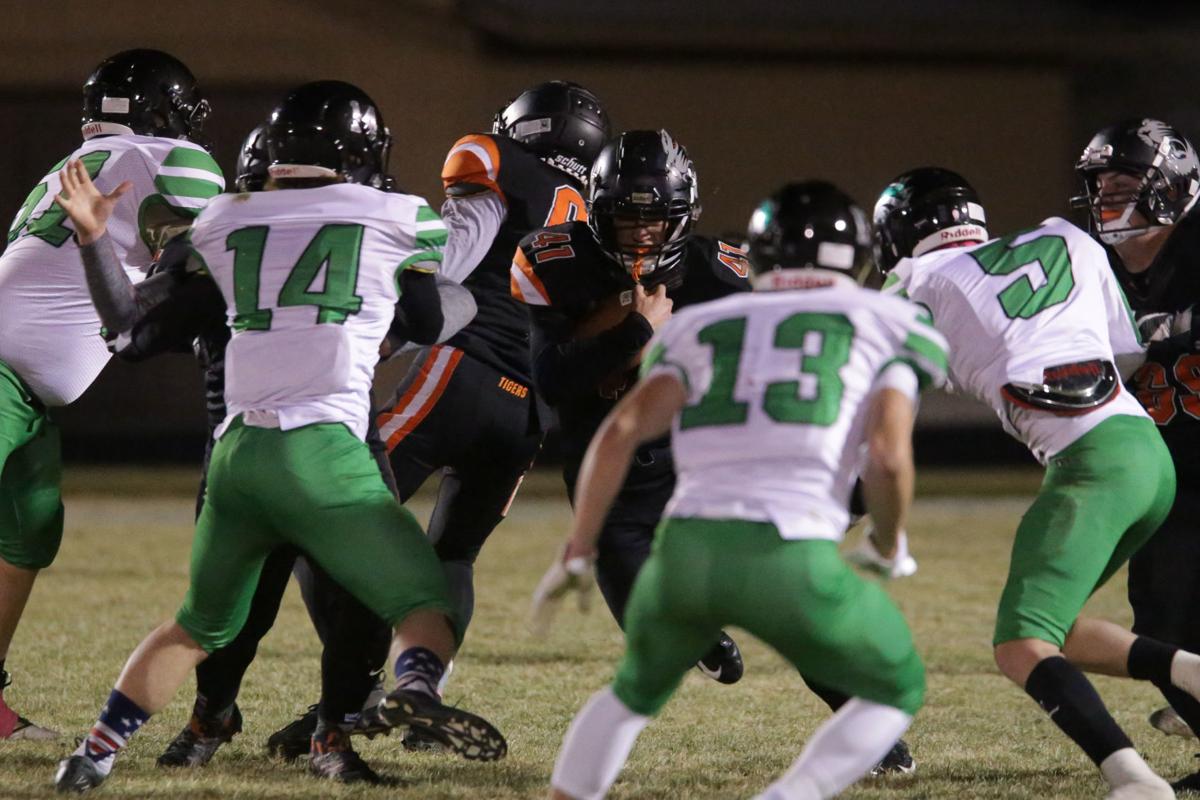 Idaho Falls' Spencer Moore fumbles the ball to be recovered by Blackfoot as Idaho Falls takes on Blackfoot at Ravsten Stadium on Friday, Oct. 18, 2019.

After two consecutive losing seasons, Blackfoot is back and heading to the 4A state playoffs as District 6 champion.

The Broncos (7-1, 4-0) won their sixth straight game on Friday night, rallying in the fourth quarter to beat host Idaho Falls 25-14 at Ravsten Stadium.

The playoff picture will be complete next week, but it looks like Blackfoot and Skyline will be 1 and 2 out of District 6, with next week's Idaho Falls vs. Hillcrest winner securing the third spot.

The Tigers (3-5, 2-2) had won three of four heading into Friday's game and lead 14-12 after three quarters thanks to a pair of touchdown runs by Spencer Moore.

Blackfoot looked a little different on the offensive side of the ball with workhorse running back Teegan Thomas out with an injury and fullback Dragen Robinson getting most of the carries along with Brayden Wright.

Wright and Robinson each had rushing touchdowns, but it was defense that was at a premium much of the cold and windy night.

Idaho Falls had a 14-12 lead entering the fourth quarter as both teams tried to be more balanced by throwing the ball.

Idaho Falls quarterback Taggert Miller looked sharp after missing time with a concussion, finishing an efficient 12 for 18 or 148 yards. Broncos quarterback Craig Young finished 12 of 16 for 119 yards, but neither team threatened the end zone until the fourth quarter.

That's when everything seemingly went right for Blackfoot and everything went wrong for Idaho Falls.

The Broncos capped a 10-play drive when Young found Kameron Lawes for a touchdown to put Blackfoot in the lead. After a punt by Idaho Falls, Blackfoot again put together an impressive drive with Wright scoring his second touchdown of the game. This one with 3:25 sealed the game.

Idaho Falls' three possessions in the fourth quarter were punt-interception-interception.

With Thomas out, Young said the offense has had to make adjustments.

"This game was a lot more balanced," Young said. "That's probably the most passing we've done the whole year."

The Broncos' win streak has moved them to No. 2 in the current 4A state media poll. They'll host Shelley in the regular-season finale next week before taking the district's top seed into the playoffs.

"Right now we're playing a little inconsistent," Young said. "These last couple of weeks we've struggled but picked it up in the second half."

Moore was held to 115 yards on 28 carries and never was able to break off a big run against the Bronco defense. Moore's longest run was nine yards.