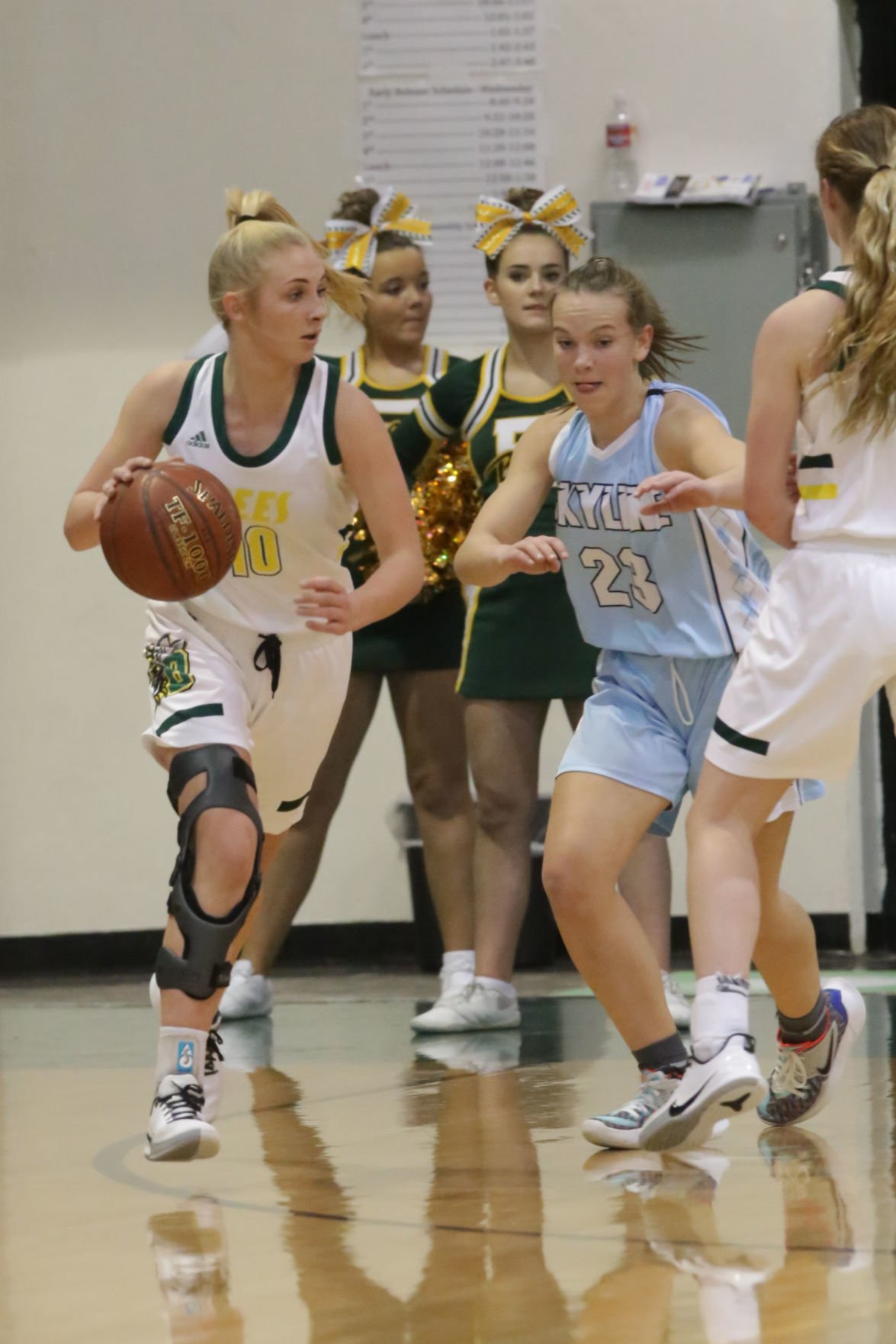 Bonneville’s Brooklyn Cunningham pushes the ball to the basket during Thursday’s game versus Skyline. 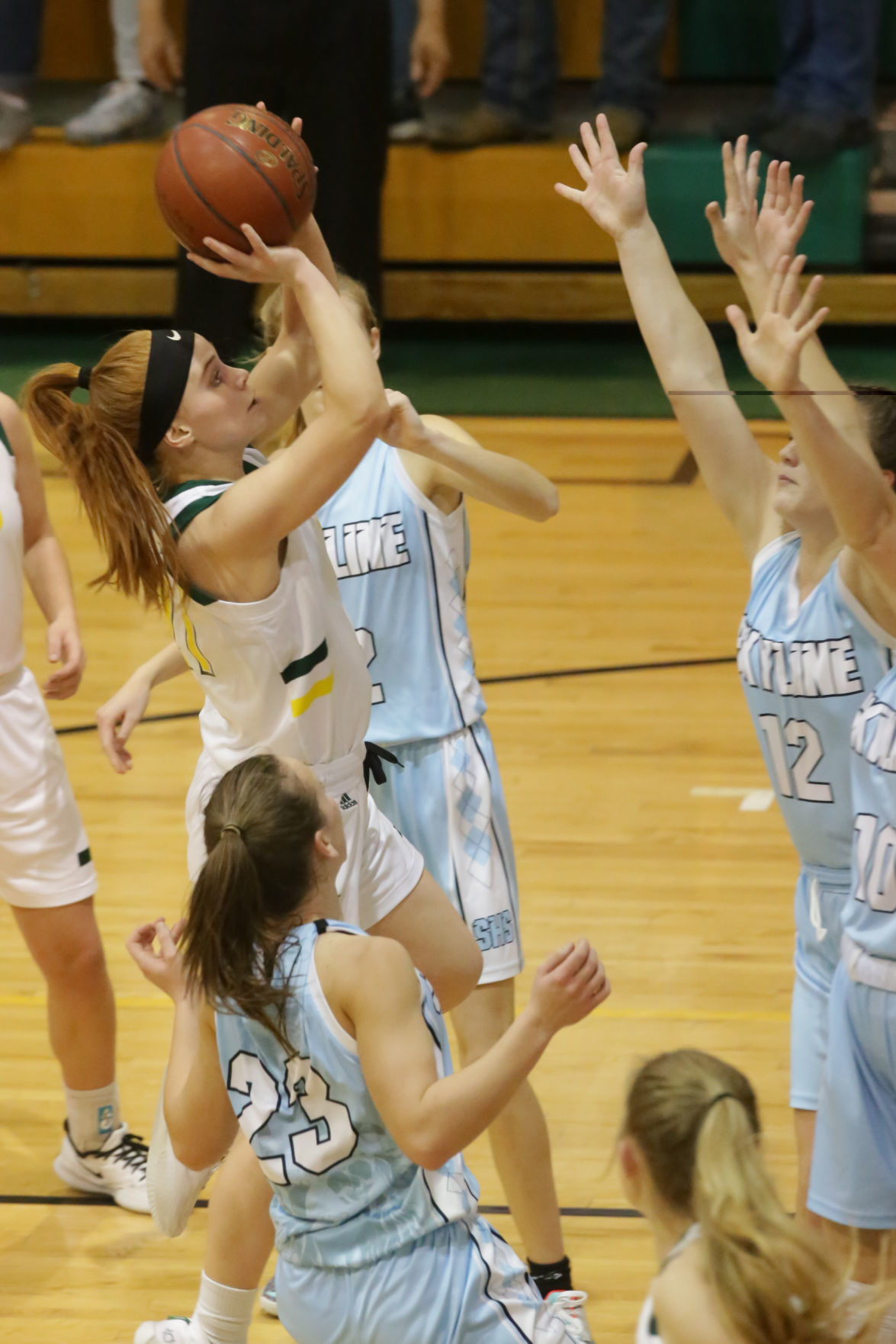 Sydnee Hunt elevates for a shot during Thursday's game versus Skyline. 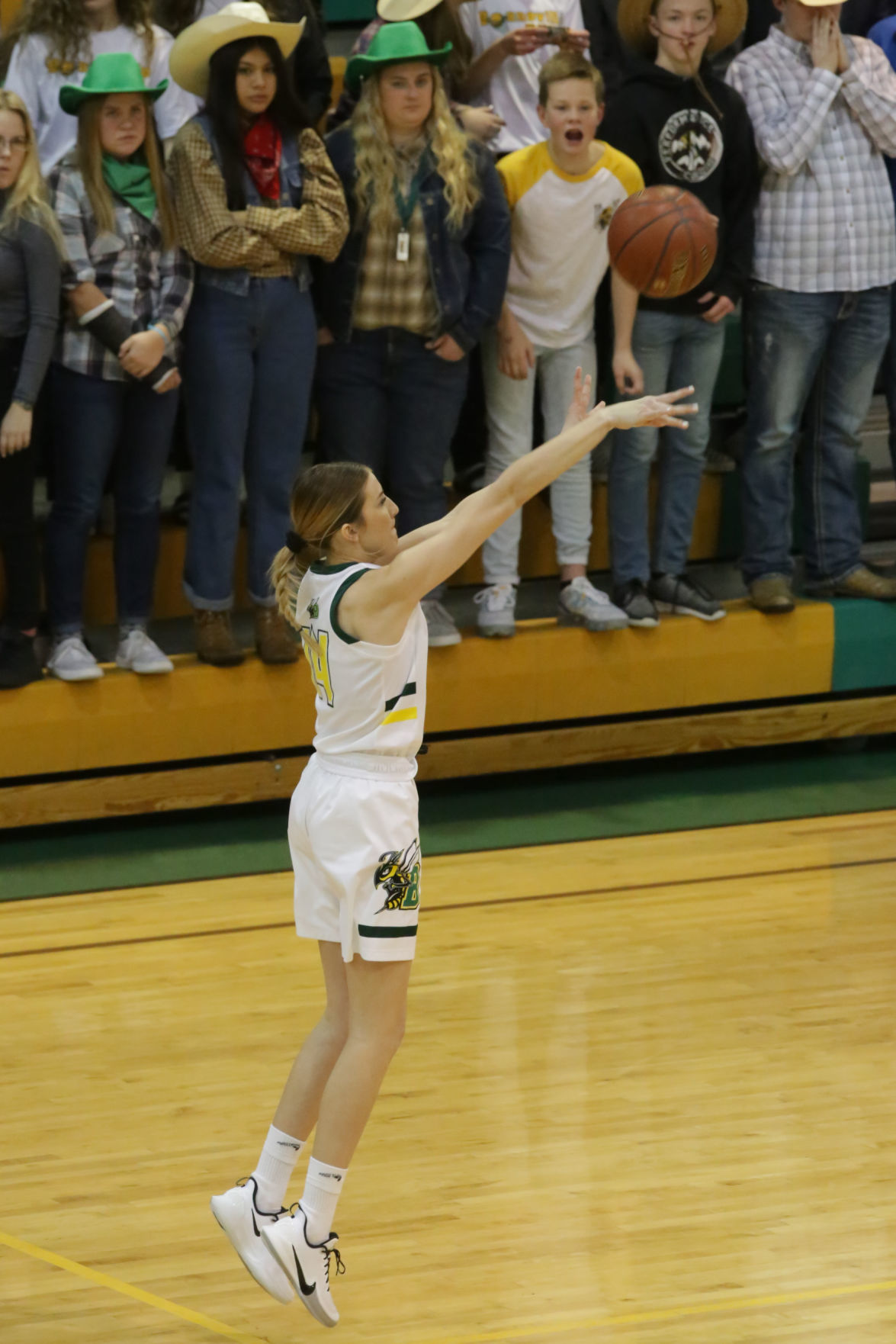 Bonneville’s Mariah Jardine hits a 3-pointer at the buzzer to end the first half during Thursday’s game versus Skyline. 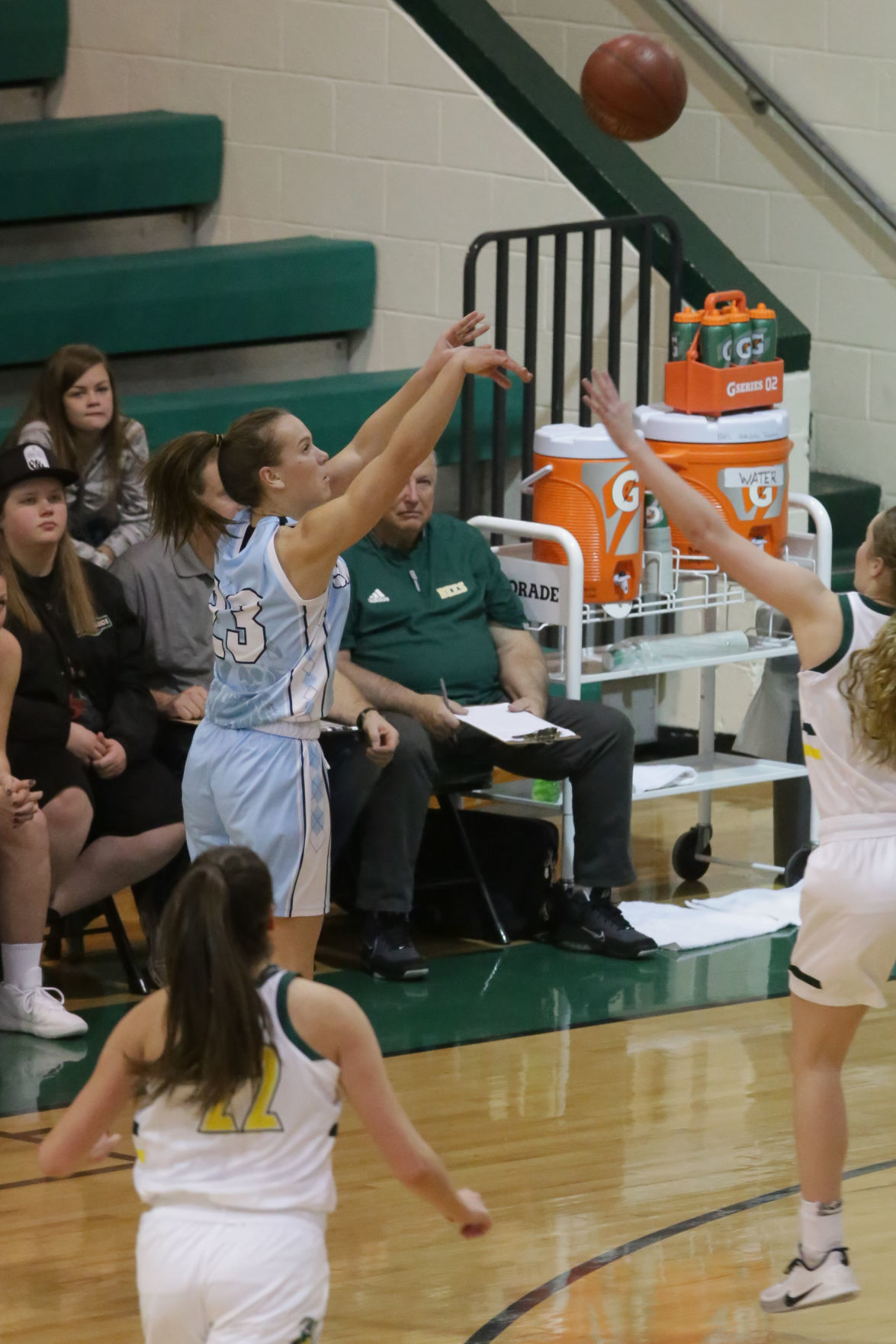 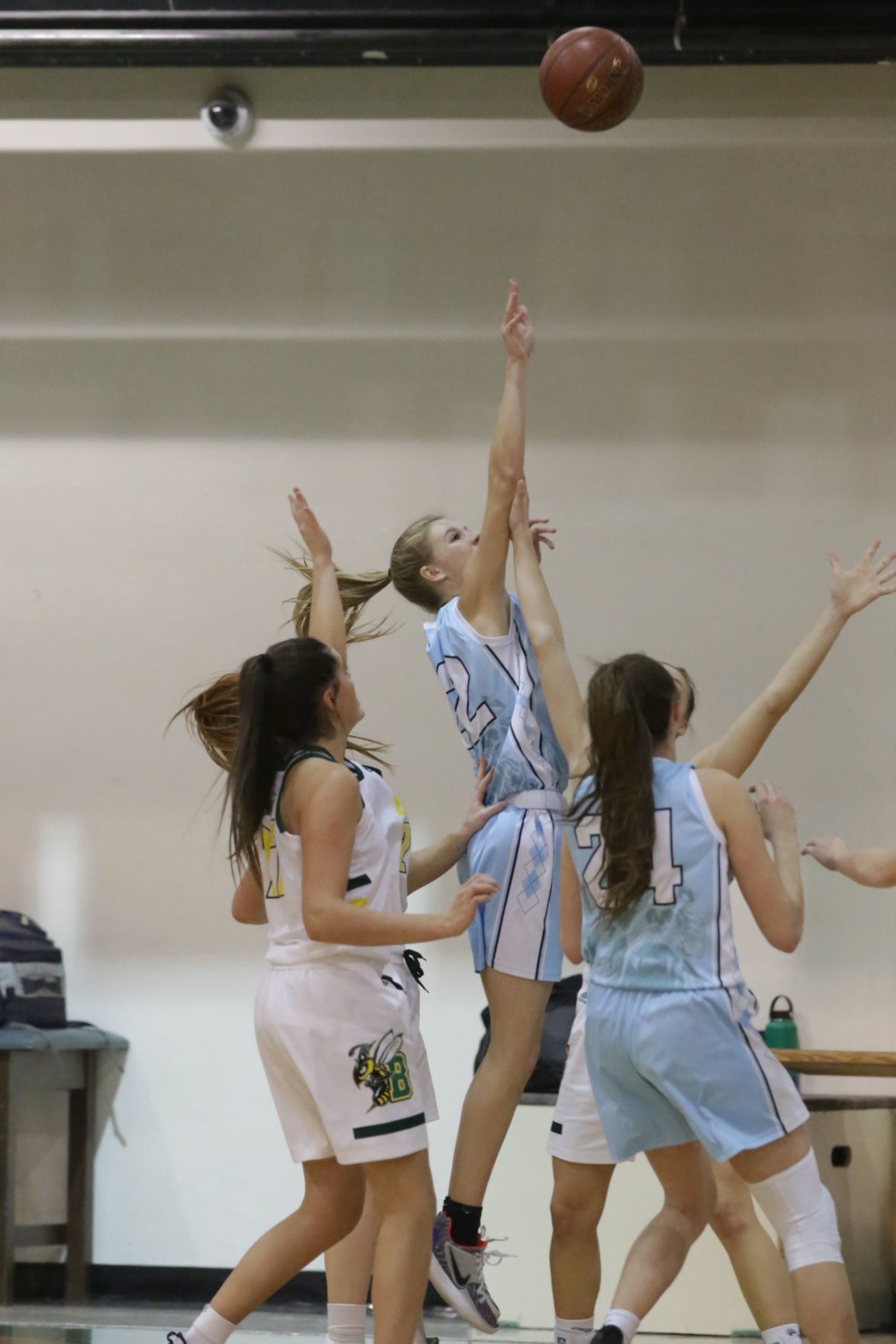 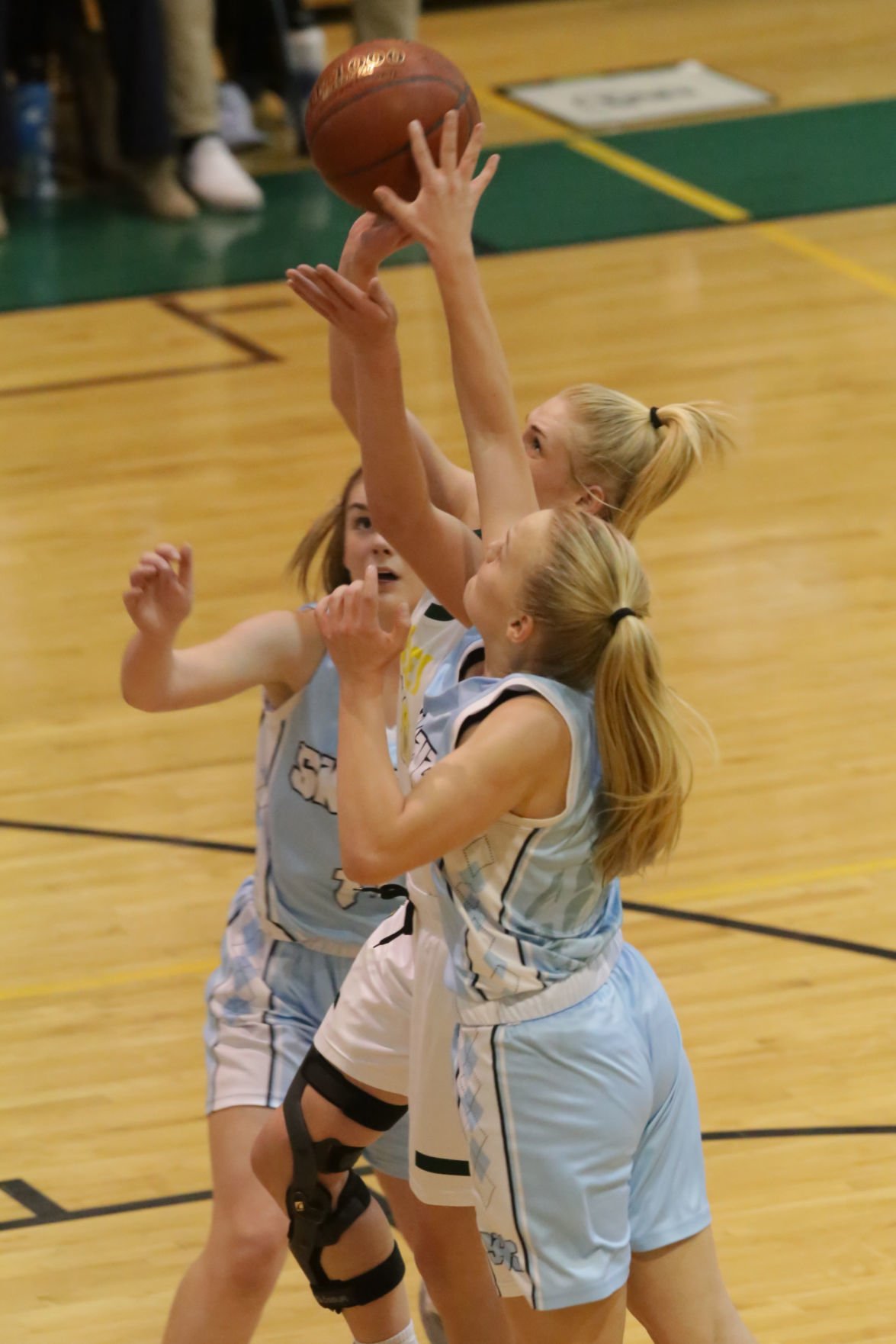 Brooklyn Cunningham attempts a shot during Thursday's game versus Skyline. 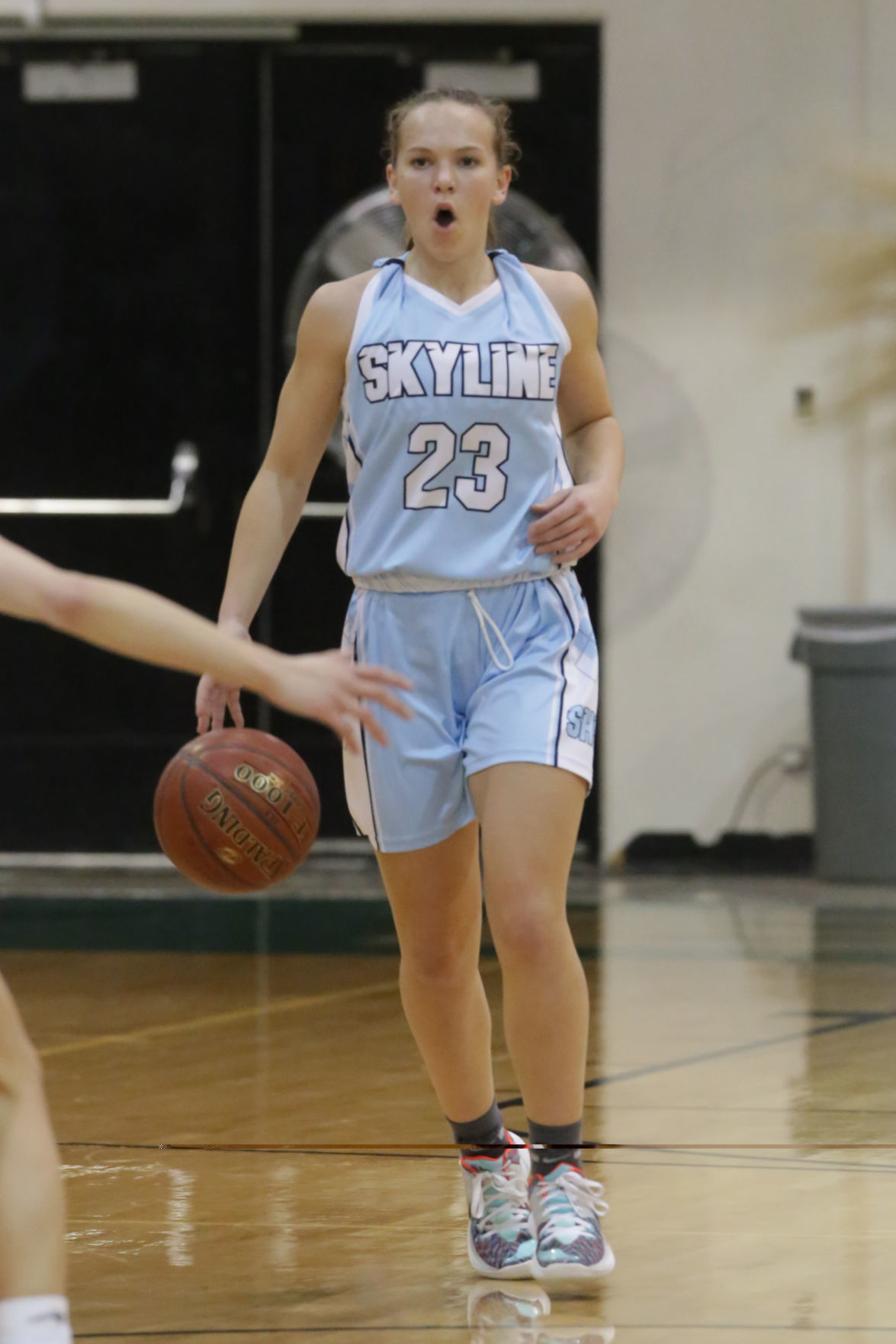 Skyline's Mattie Olson dribbles the ball down the court during Thursday's game at Bonneville. 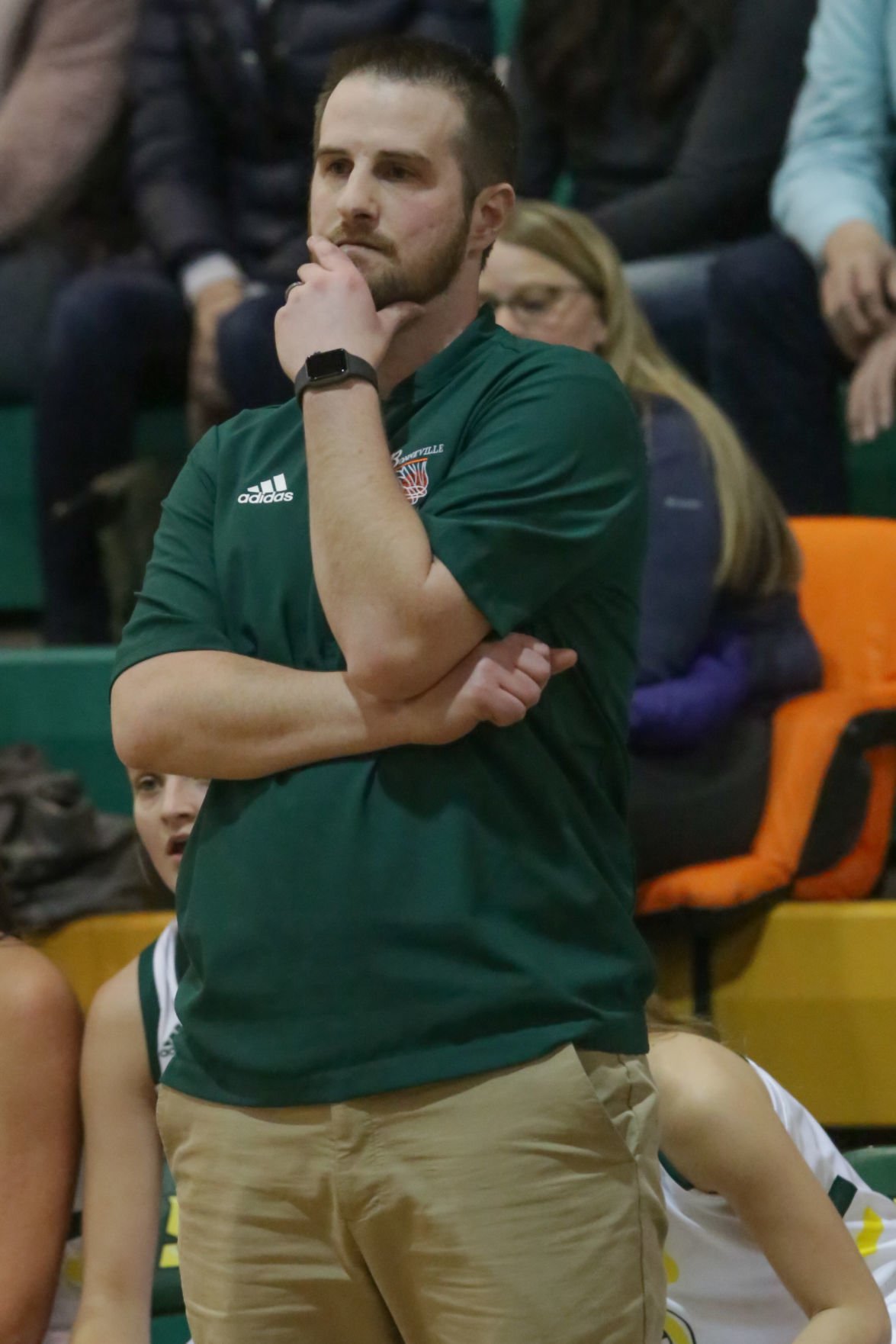 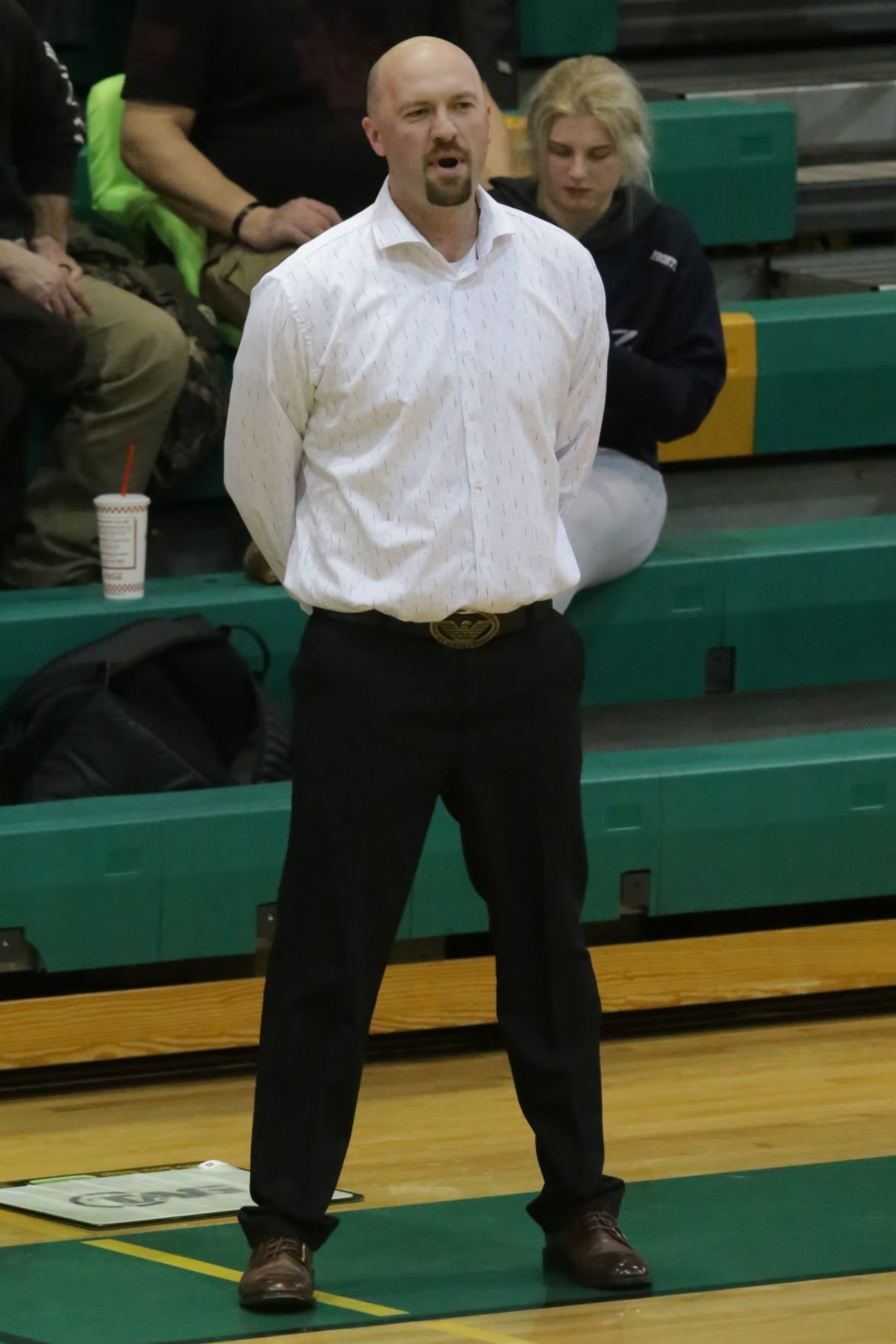 Bonneville’s Brooklyn Cunningham pushes the ball to the basket during Thursday’s game versus Skyline.

Sydnee Hunt elevates for a shot during Thursday's game versus Skyline.

Bonneville’s Mariah Jardine hits a 3-pointer at the buzzer to end the first half during Thursday’s game versus Skyline.

Brooklyn Cunningham attempts a shot during Thursday's game versus Skyline.

Skyline's Mattie Olson dribbles the ball down the court during Thursday's game at Bonneville.

The Bees climbed out of a first-quarter deficit, endured three lead changes in the second quarter, outscored Skyline 24-14 in the second half and overcame a game-high 23 points and four 3-pointers from Skyline’s Mattie Olson en route to a 60-46 win Thursday at Bonneville to move to 15-0 overall, 6-0 in 4A District 6.

Due to snow days this week in District 93, the Bees entered Thursday’s game with one recent practice under their belts.

“We practiced about an hour in the middle of the day (last Thursday),” Bonneville coach Ryan Erikson said. “I do want to say we got the win without shooting well. That first quarter went 4-12 them, then 12-4 us.”

The Grizzlies (7-7, 3-3), who were one of a rare few District 6 teams whose game went on as scheduled Tuesday, had the upper hand early Thursday versus Idaho’s No. 1 ranked 4A team. They crashed the boards early and finished around the rim to put the Bees into a 12-4 hole with 5:17 left in the first quarter. Skyline made three 3-pointers during that stretch, two from Olson and one from Drew Chapman. The Bees then went on a 12-4 run capped off by a Maddi Pettingill putback with 33 seconds left to knot the game at 16-16 to end the first quarter. A turnaround jumper from Sadie Lott gave Bonneville its first lead of 20-18 with 6:11 in the second quarter, and two more lead changes occurred before the Bees entered halftime up 36-32. Bonneville’s Mariah Jardine hit a 3-pointer at the buzzer to end the first half.

Olson led all first-half scorers with 14 points and three 3-pointers.

“She’s a tough player,” Erikson said. “She finishes well, shoots well. To get out of the first half with a lead and 14 points from Olson, we feel very fortunate. Every offensive rebound, they were getting.”

The intense game was reflected in the foul count. Bonneville had 12 fouls and Skyline had nine to end the first half. Lott, Brooklyn Cunningham and Makayla Sorensen sent the Bees on a 10-5 run to start the third quarter and give Bonneville a 46-37 lead at the 4:19 mark. The score remained unchanged for the next four minutes and 10 seconds, when Bonneville’s Sage Leishman went 1-for-2 from the foul line for the last points of the quarter.

With 2:27 left in the game and the score reading 53-41 Bonneville, Sorensen, Pettingill, Cunningham and Sydnee Hunt had four fouls each for Bonneville, Skyline’s Macy Olson had four fouls and at least four other players from the two teams combined had three fouls each. This prompted numerous substitutions from both teams.

“The only thing we changed was where we were putting different players,” said Lott, who finished with 19 points and three fouls. “Me and Brooklyn switched off on (guarding) Mattie.”

“It didn’t affect my legs or my hands,” Lott said, cracking a smile and touching her neck. “I just couldn’t talk much on the floor.”

Skyline coach Ty Keck said the difference in the game was Bonneville rebounding better in the second half, adding that the Bees played great defense and took the Grizzlies out of their system.

“That was our end of game conversation,” Keck said. “I felt like we gave up on the boards in the second half. I feel like we had a lot of opportunities where the ball hit our hand and we didn’t get it. In games like this, it’s within striking distance for both teams. (Bonneville) finished their second chances.”

Cunningham had 12 points and Sorensen added 11 for Bonneville, which hosts Idaho Falls on Saturday. Sophia Anderson had 11 points, including six in the first half, and Drew Chapman added six for Skyline, which plays Saturday at Hillcrest.

Erikson and Lott said they anticipate more games like Thursday’s due to Bonneville’s record and ranking.

GBB final: Bonneville 60, Skyline 46. Bees grab the lead in the 2ndQ and survive three lead changes en route to the win to move to 15-0 overall and 6-0 in 4A District 6 #idpreps pic.twitter.com/GyD4s98lLo