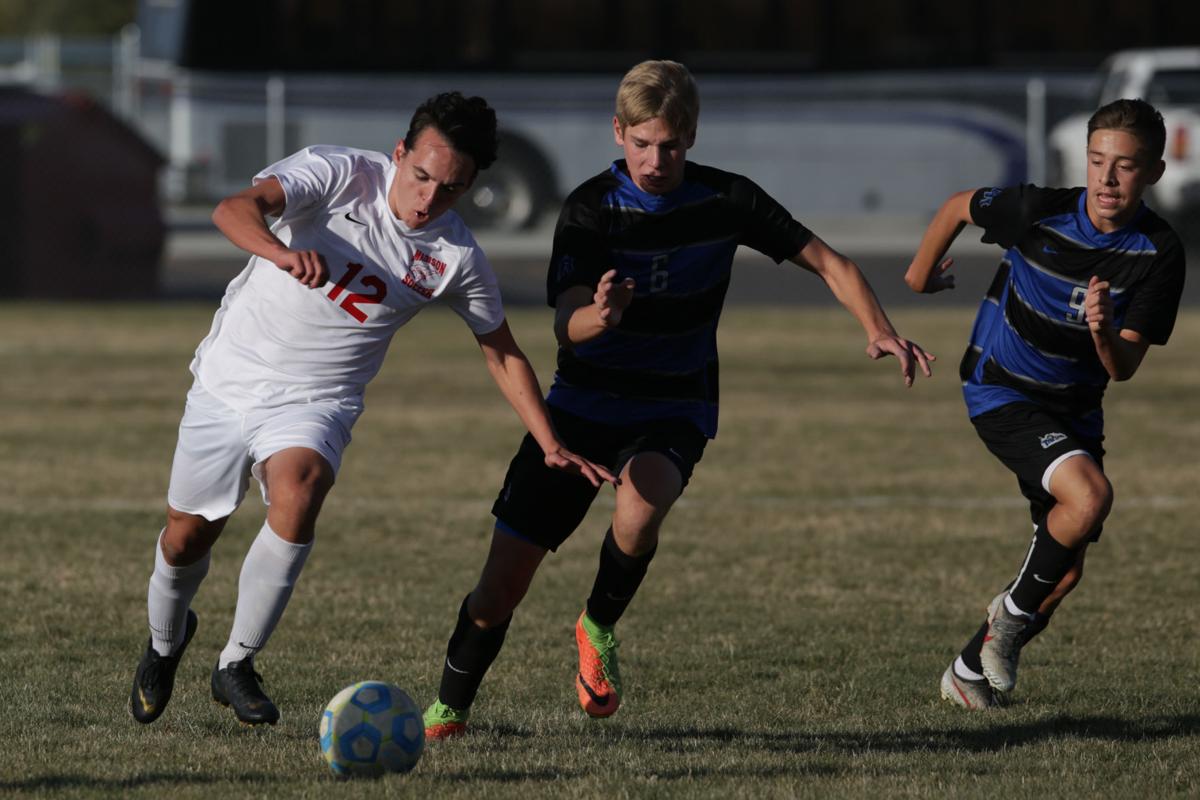 Madison’s Adam Hernandez pushes the ball downfield in a game against Thunder Ridge. 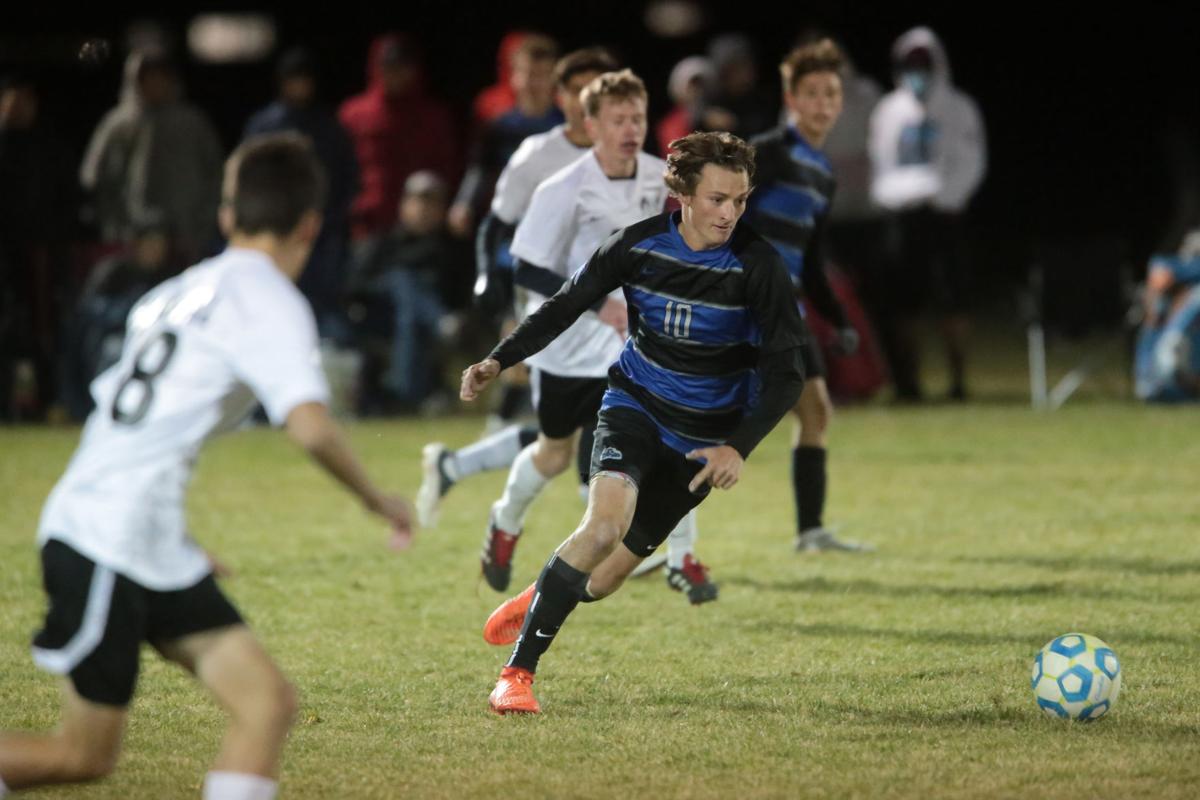 Thunder Ridge’s Nate Thompson was named to the 5A All-State team. 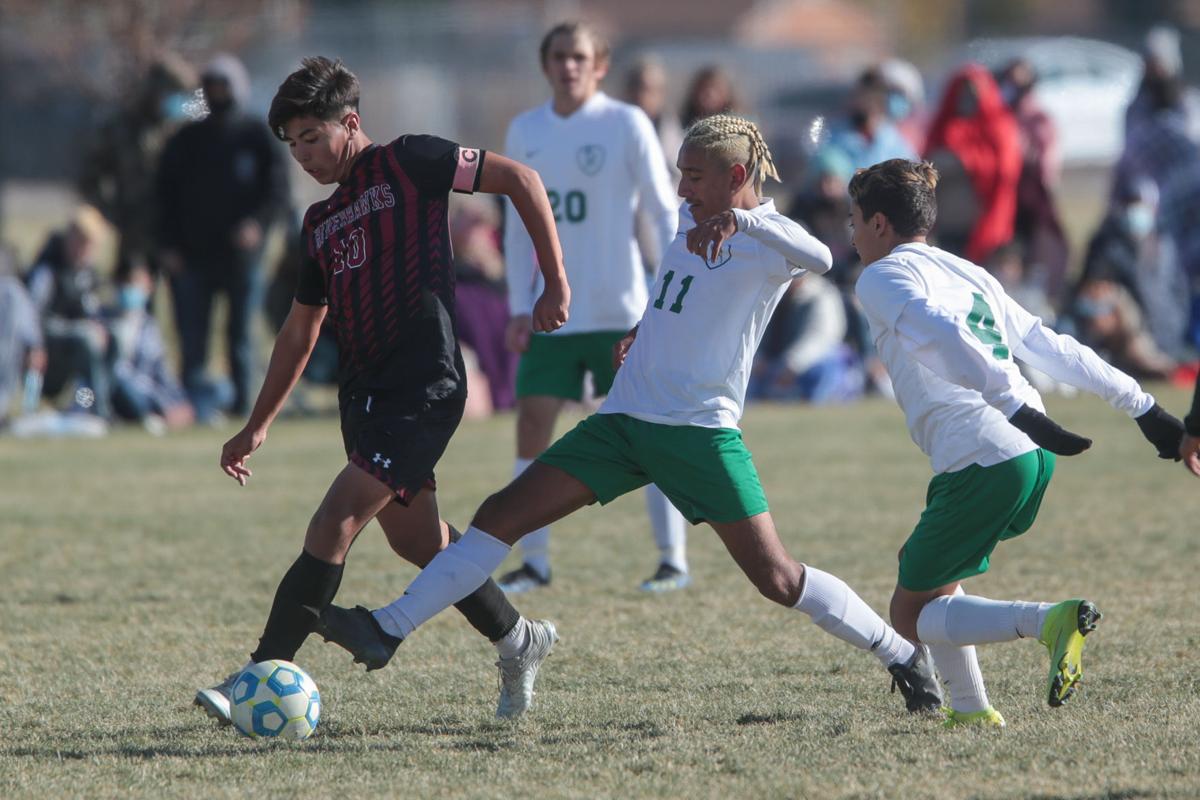 Madison’s Adam Hernandez pushes the ball downfield in a game against Thunder Ridge.

Thunder Ridge’s Nate Thompson was named to the 5A All-State team.

The Player: Hernandez was named all-state honorable mention and first team all-conference after helping lead the Bobcats to a state berth and date in the 5A consolation final. Known for his versatility at centerback and midfield.

What coaches said: “He just made Madison tick. He was their general. He could play the ball and set things up from back there,” – Liam Pope, Blackfoot

The Player: A three-year starter for the Titans and part of a core group of players who helped lead the team to their first 5A state championship game. An all-state first-teamer who led the team with 15 goals and 15 assists.

What coaches said: “He had the perfect combo of getting back enough defensively to help, but also being in attack as well to create issues. He’s a solid all-around midfielder,” –Ryan Ellis, Hillcrest

The Player: Hernandez led the Knights with 15 goals while primarily playing holding midfield. Named first-team all-conference as Hillcrest finished second in 4A District 6.

What coaches said: “I consider him like the energizer bunny … he’s just passionate about the game and he doesn’t run out of energy and I can play him anywhere on the field,” –Ryan Ellis, Hillcrest

The Player: Jimenez scored 14 goals and added 13 assists for a Trojan team that place fourth in the very competitive 5A District 5-6 conference. He was named first-team all conference.

What coaches said: “He’s fast and could dribble around all over the place. There were times that he was back on defense because of his natural abilities to control the ball,” – Ryan Cook, Idaho Falls

The Player: Lizarraga was part of a very good Titan defense that sported a conference-best 1.00 goals per game average on the way to the 5A state title match. The senior was one of three Titans named to the all-state team.

What coaches said: “He was a player who developed a ton as a defender. He held everything together and was the glue of my defense,” — Corey Toldson, Thunder Ridge

The Player: Dayley helped lead the Diggers to a conference title and a 3A state consolation trophy. The 3A District 6 player of the year finished with 12 goals and 13 assists.

What coaches said: “He’s a leader by action. His teammates will follow him because he’s willing to do the things others won’t do. Tenacious is a word that describes him. He wants the ball,” – Ryan Cook, Idaho Falls

The Player: Played at the varsity level all four year and was described by area coaches as the heart and soul of the Tiger team and a scoring machine. He finished with 20 goals and was double-figures in assists.

What coaches said: “You can’t switch off because he’ll hurt you in so any ways. He has that little extra,” —Liam Pope, Blackfoot

The Player: The Broncos had one of the top-scoring teams in the state, but the team’s defense may have been the driving force to a 16-2 record and berth in the 4A title game. Cornell was a key component to the backline, and one coach noted the Broncos got as far as they did because of Cornell.

What coaches said: “He really marshaled their defense and was a good physical player,” – Byraun Moretz, Skyline

The Player: Earned all-conference honors and is a two-time Post Register all-area selection. Labra is part of the Broncos’ talented senior class that advanced to the 4A state title match.

What coaches said: “He’s one of those that gets in the trenches and doesn’t get the glory,” —Liam Pope, Blackfoot

The Player: A three-year starter, Hoopes was named all-state and all-conference as part of the Titans defense. He teamed with Nate Thompson and Alan Lizarraga to anchor a formidable trio.

What coaches said: “He ultimately controls the midfield and sees the field so well,” – Ryan Cook, Idaho Falls

The Player: Named the top keeper in the High Country Conference in a close tally of 4A and 5A coaches as the Bobcats finished second in the standings and advanced to the 5A consolation final, which was eventually canceled due to conditions.

What coaches said: “I tell my keeper s they have to own the box. He does that. He commands that box, and he owns that box,” —Ryan Cook, Idaho Falls