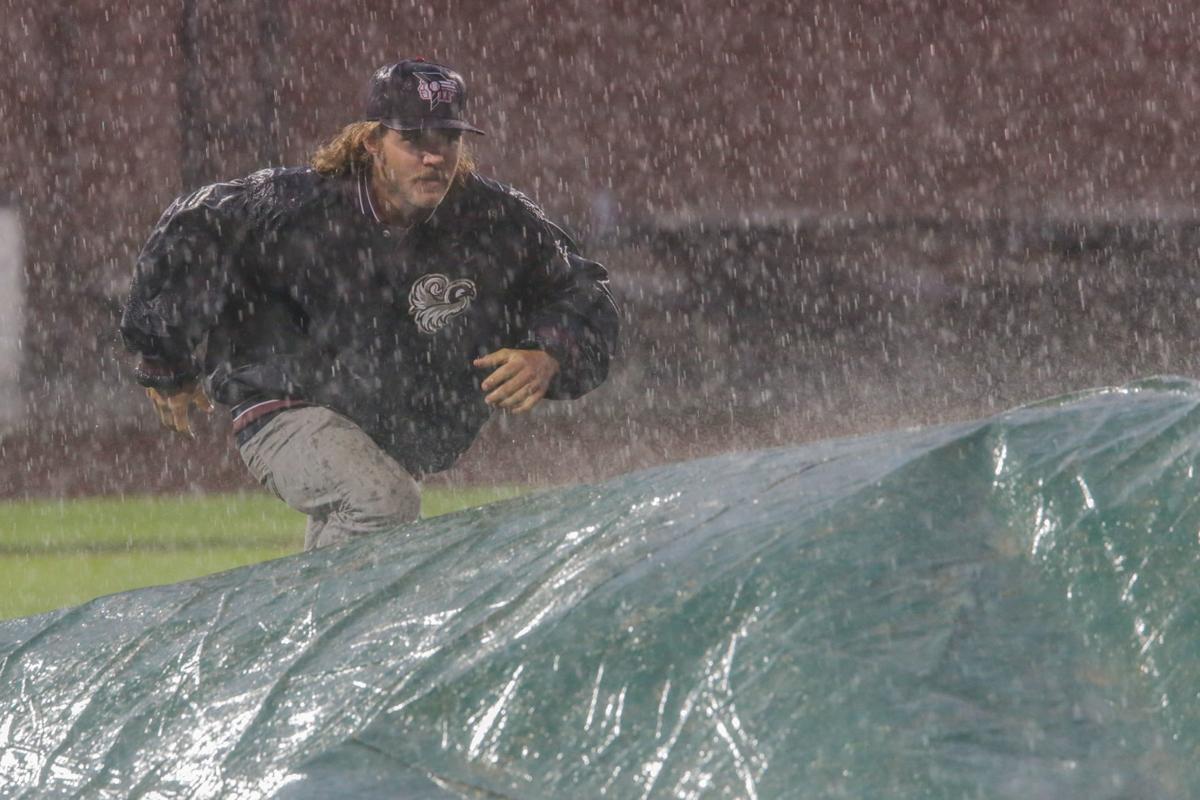 A member of the grounds crew covers the field with tarp during a rain delay in Tuesday’s Pioneer League North Division championship game versus Billings. 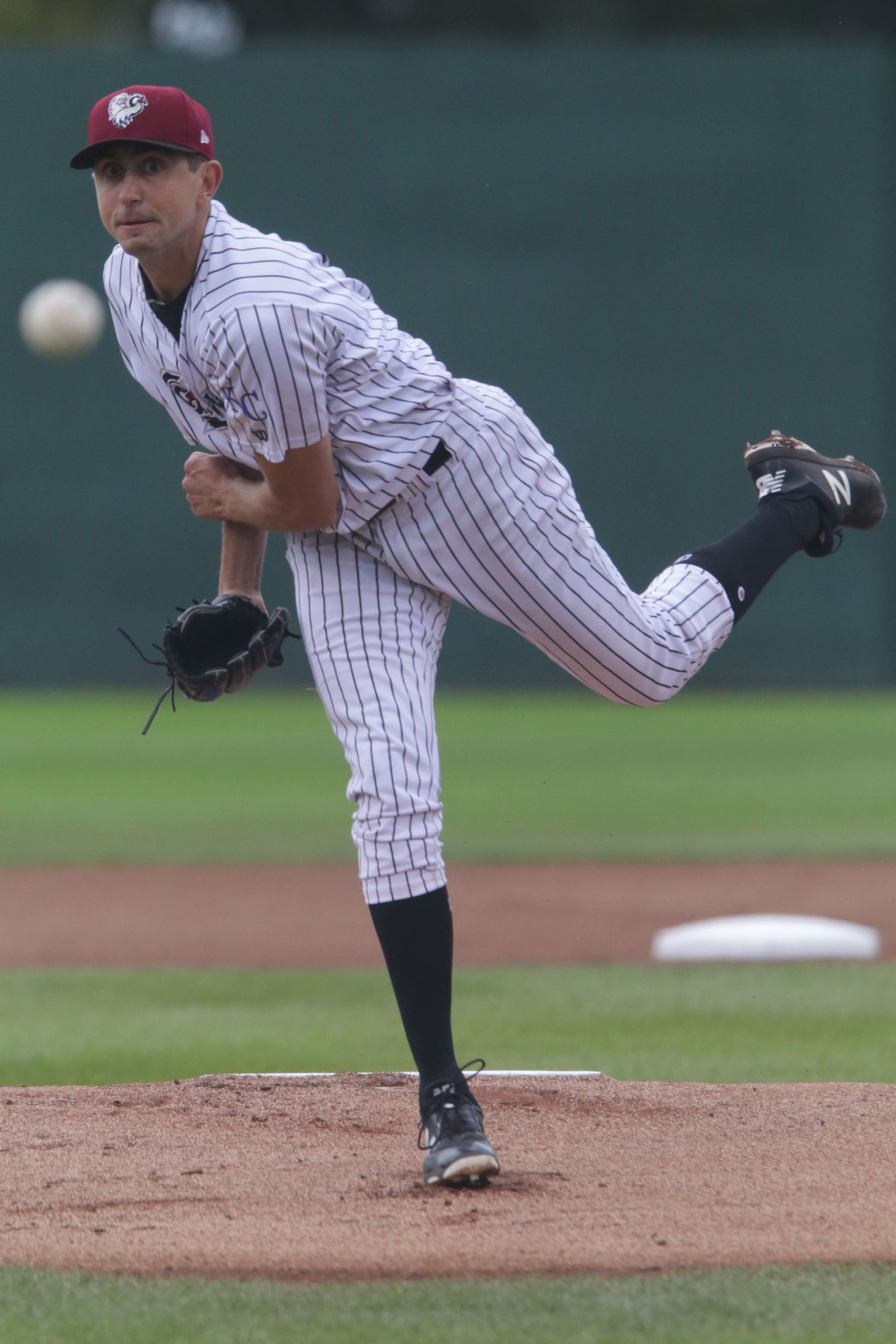 A member of the grounds crew covers the field with tarp during a rain delay in Tuesday’s Pioneer League North Division championship game versus Billings.

The game is scheduled to resume today at 5 p.m. with Billings holding a 1-0 lead entering the bottom of the second inning.

Billings got its run in the first inning, but by the second inning the rain and lightning took over, sending players scrambling for the dugouts and the grounds crew quickly rolling out the tarp.

The game was originally moved up to a 6:30 p.m. start time to avoid the inclement weather, but that proved futile against Mother Nature. Even with the tarp covering the infield, puddles formed in front of the dugouts and along the foul lines and behind home plate. Most fans brought umbrellas or moved up under shelter.

The series is tied one game apiece, with the winner earning the North title and advancing to play Ogden for the Pioneer League championship beginning Thursday.

Lefty Anthony Veneziano started for the Chukars on Tuesday and struggled in the first inning, giving up a two-out RBI single to Victor Ruiz. Veneziano worked out of a bases-loaded jam to end the inning and downed the Mustangs 1-2-3 in the second.

Note: Tickets from Tuesday’s game will be honored today.