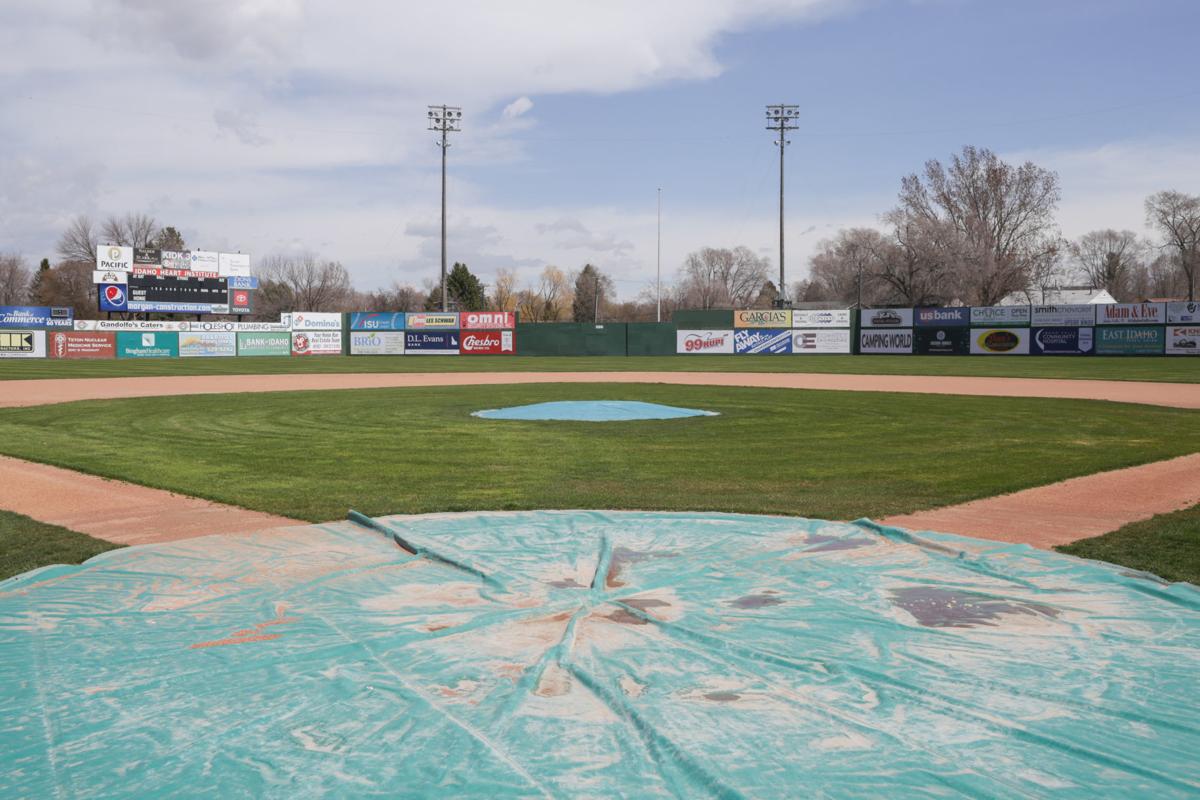 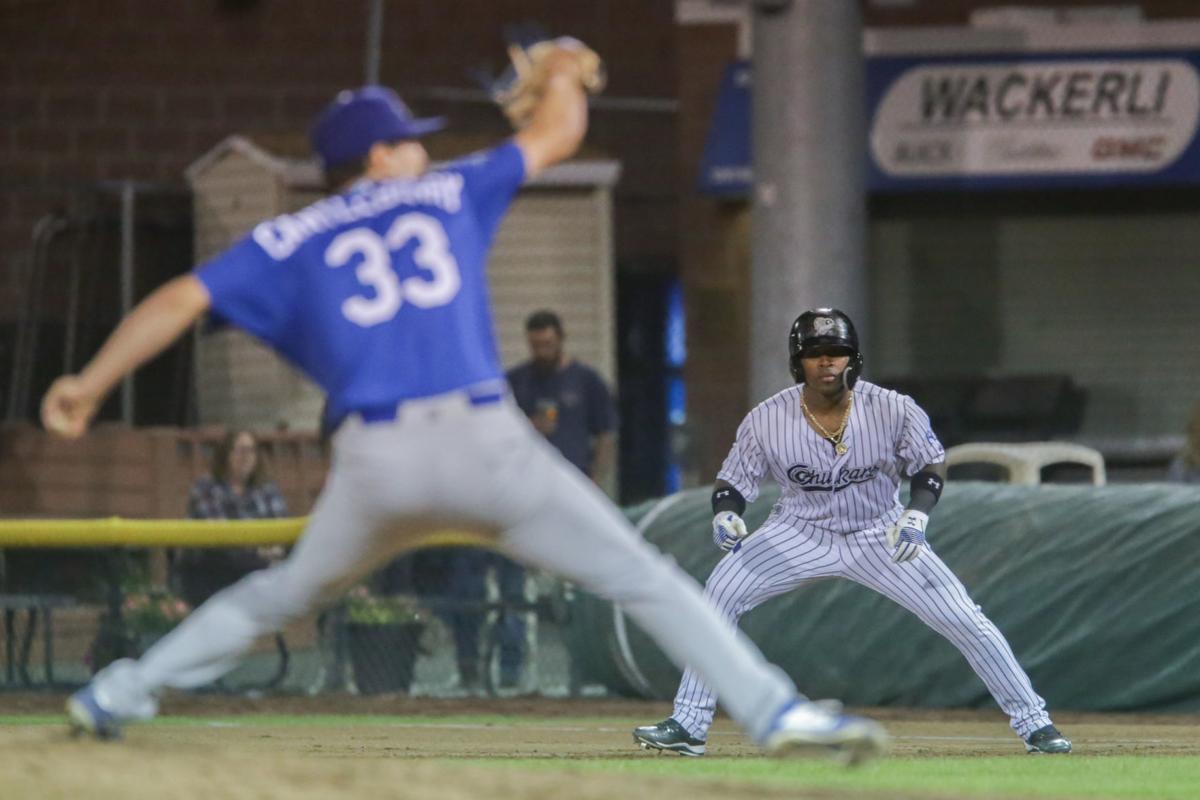 Juan Carlos Negret leads off from first base while Ogden’s Jacob Cantleberry pitches in game one of the Pioneer League Championship Series last season at Melaleuca Field. 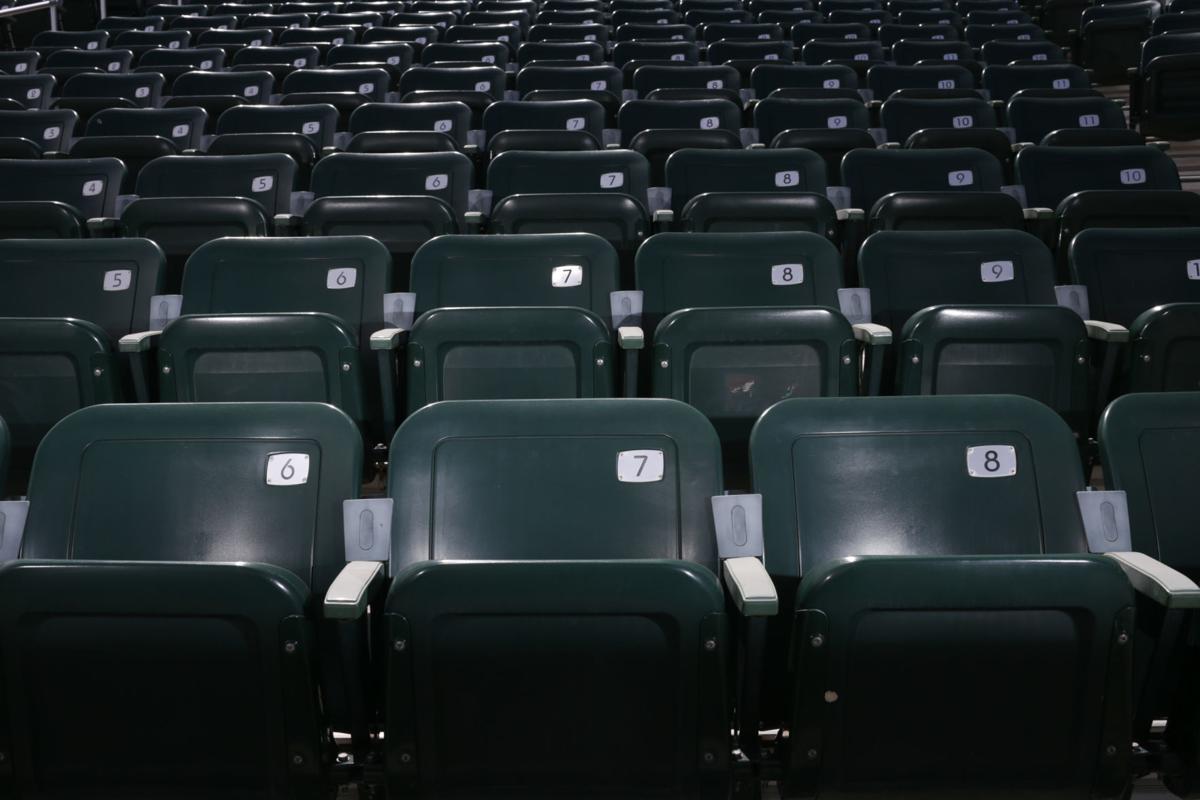 Seats are seen empty at Melaleuca Field on Wednesday, April 22.

Juan Carlos Negret leads off from first base while Ogden’s Jacob Cantleberry pitches in game one of the Pioneer League Championship Series last season at Melaleuca Field.

Seats are seen empty at Melaleuca Field on Wednesday, April 22.

Idaho Falls Chukars president and general manager Kevin Greene said weeks ago that the chances of the team playing its minor league season this summer were highly unlikely.

With COVID-19 restrictions and the messy negotiations between Major League Baseball and the Players Association, Greene all but conceded Melaleuca Field to the American Legion Idaho Falls Bandits for the summer.

Tuesday afternoon the decision became official as MLB informed its minor league affiliates that they were not providing players for the 2020 season.

"Certainly there's no degree of surprise," Greene said. "I think I was already emotionally prepared for it. I'm a little bit down today, but it's nothing unexpected."

The National Association of Professional Baseball Leagues, the minor league governing body, made the long-expected announcement.

“We are a fans-in-the-stands business. We don’t have national TV revenues,” National Association president Pat O’Conner said during a digital news conference reported by the Associated Press. “There was a conversation at one point: Well, can we play without fans? And that was one of the shortest conversations in the last six months. It just doesn’t make any sense.”

Greene noted earlier that the life blood of minor league baseball is the local support largely generated by ticket sales and sponsors. Without the Chukars, Melaleuca Field will be home to the American Legion Bandits and Greene said other events are being planned. The Chukars have five full-time employees and all are currently still working, he said.

“These are unprecedented times for our country and our organization as this is the first time in our history that we’ve had a summer without Minor League Baseball played,” O’Conner said in a statement. “While this is a sad day for many, this announcement removes the uncertainty surrounding the 2020 season and allows our teams to begin planning for an exciting 2021 season of affordable family entertainment.”

After intense negotiations, MLB will play a 60-game schedule with opening day on July 23 or 24.

There's also the issue of the Professional Baseball Agreement between the majors and minors which expires Sept. 30. MLB had proposed cutting 40 or more minor league teams after this season, including the Chukars.

Greene said he hadn't heard anything regarding those negotiations, but now that the MLB season is set to get underway, those talks, which had grown contentious over previous weeks, would likely continue.