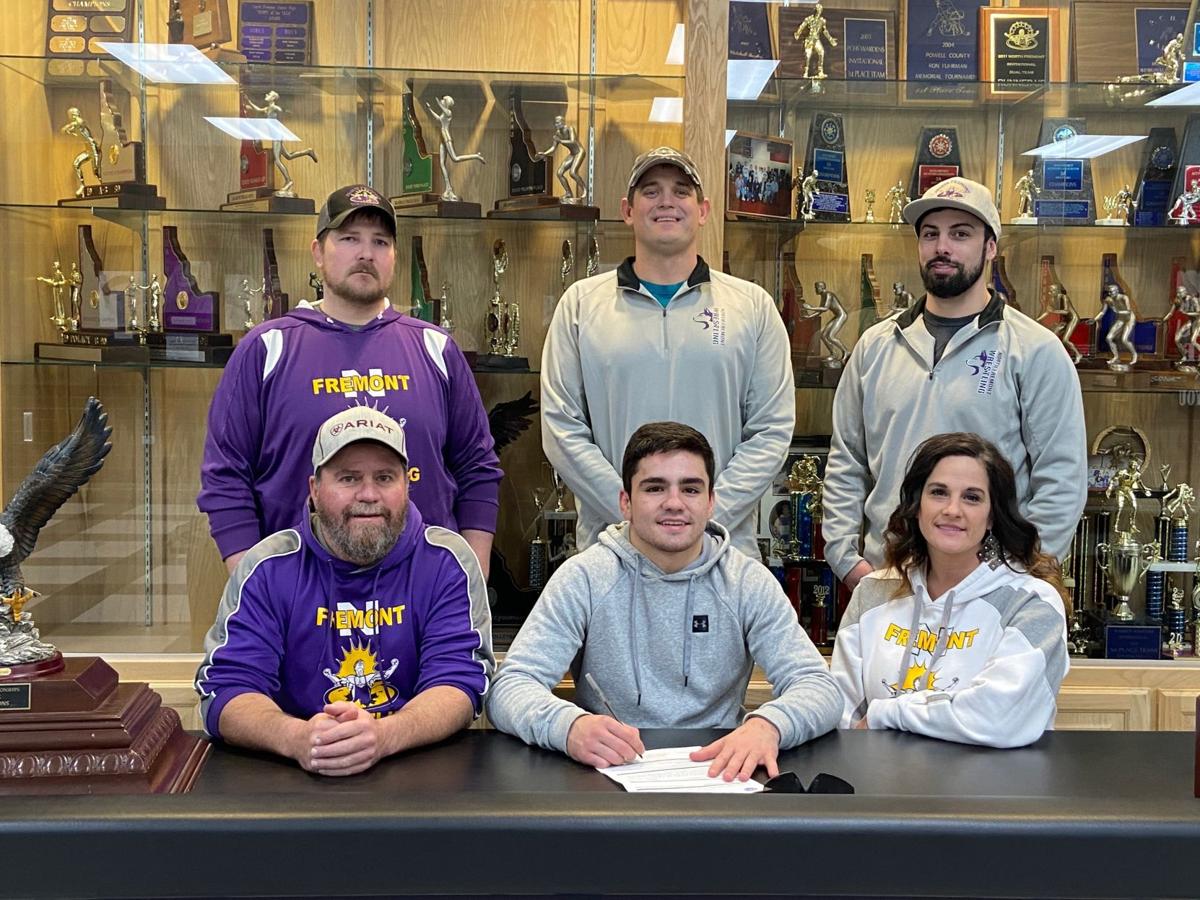 North Fremont’s Riggen Cordingley poses for a photo after signing his letter of intent to wrestle at Western Wyoming Community College. 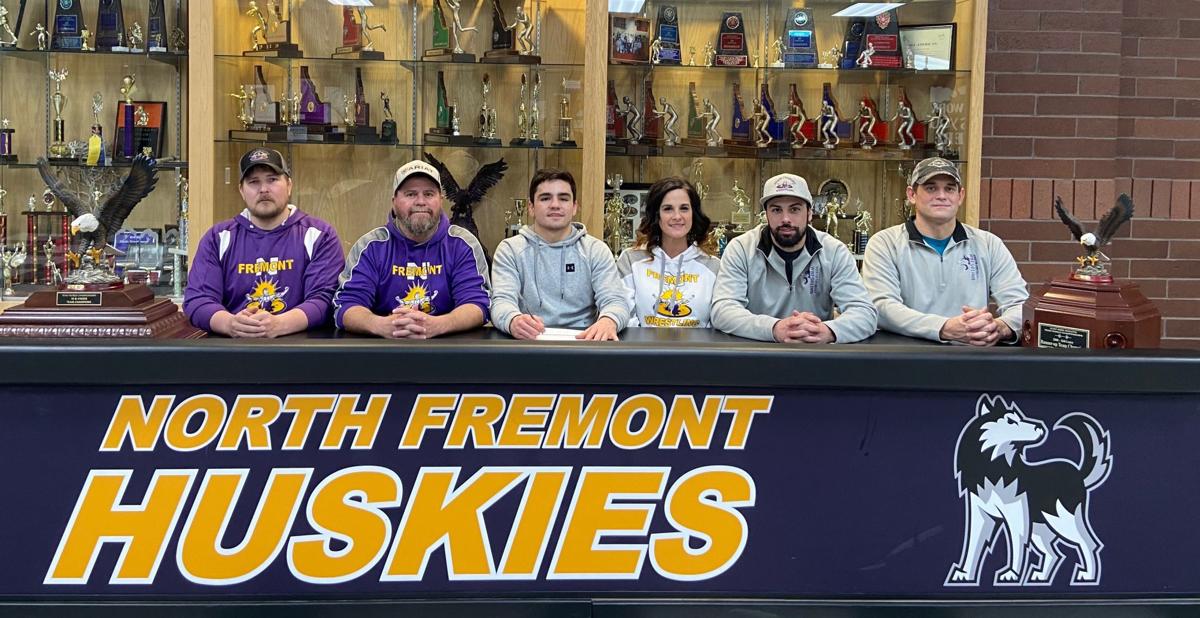 Cordingley posses for a photo after signing letter of intent.

North Fremont’s Riggen Cordingley poses for a photo after signing his letter of intent to wrestle at Western Wyoming Community College.

Cordingley posses for a photo after signing letter of intent.

Cordingley was pursued by several teams including Southern Virginia University and College of Idaho but WWCC stood out.

Cordingley went on his visit to WWCC early this winter where he discovered several aspects of WWCC that would factor into his decision to compete at the college.

When Cordingley arrived at the school he talked with head coach Art Castillo and toured the campus. After a practice where Cordingley faced some of the toughest competition he’s seen, the Cordingleys and Castillo went to dinner in the cafeteria where they talked some more.

“He’s a super nice guy,” Cordingley said. “He kind of built up that program and now they’re the number-one ranked JC school in the nation for wrestling. I think he knows what he’s doing. He’s just a real good guy.”

The campus and the student body also impressed Cordingley.

“The school and everything was really nice then team was super and had a lot of good wrestlers,” Cordingley said. “Then the coach staff there was super nice and cool. Some really good guys. I just liked the whole feel there.”

Cordingley isn’t sure what weight he’ll wrestle his freshman year of college but he knows he’ll be somewhere between 157 and 174.

“They thought I was a real hard worker and have a lot of potential and would be coming in at a good spot for them weight-wise,” Cordingley said. “They said I was one of the top guys on their recruiting board. I thought that was kind of cool.”

A big factor in Cordingley decision was the college’s campus and location.

“The location is really nice,” Cordingley said. “It’s one of the closer wrestling schools to where I’m from. The town seems pretty nice and has a lot of stuff to do there. I thought that was cool ... That’s really cool and nice to be with a program with a community that backs up your wrestling team a lot.”

In addition to the many junior colleges that reached out to Cordingley, UVU looked like it was going to make an offer but missed its opportunity.

“I think UVU was supposed to reach out to me but I don’t want to go to D1 yet,” Cordingley said. “I don’t know if I want to wrestle for four more years. I have to think about that. Plus, the scholarship wouldn’t be near as good at a Division I I think.”

Cordingley feels relieved that the process is over and is excited for the future.

“I’m pretty excited to have my plan set,” he said. “Because senior year you’re always rushing around trying to figure out where you’re going to go. It’s nice to have my plan settled down not having to reach out to so many coaches anymore.”