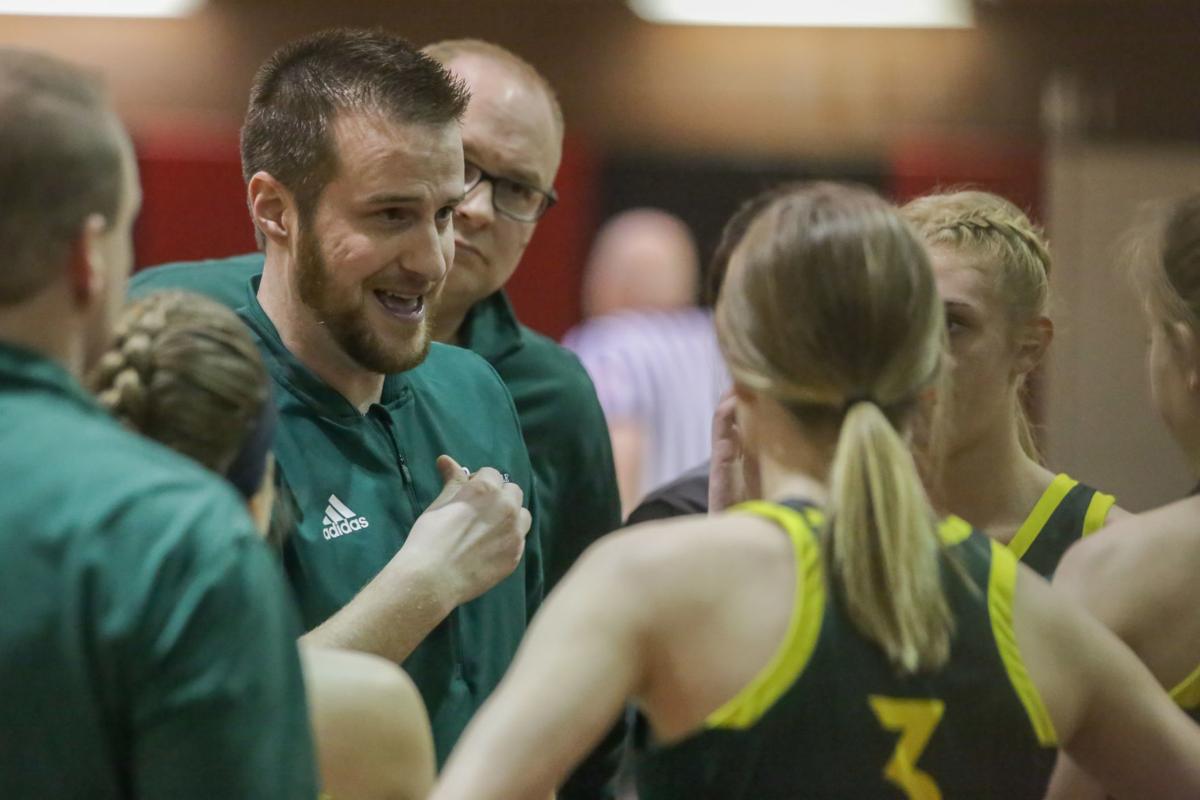 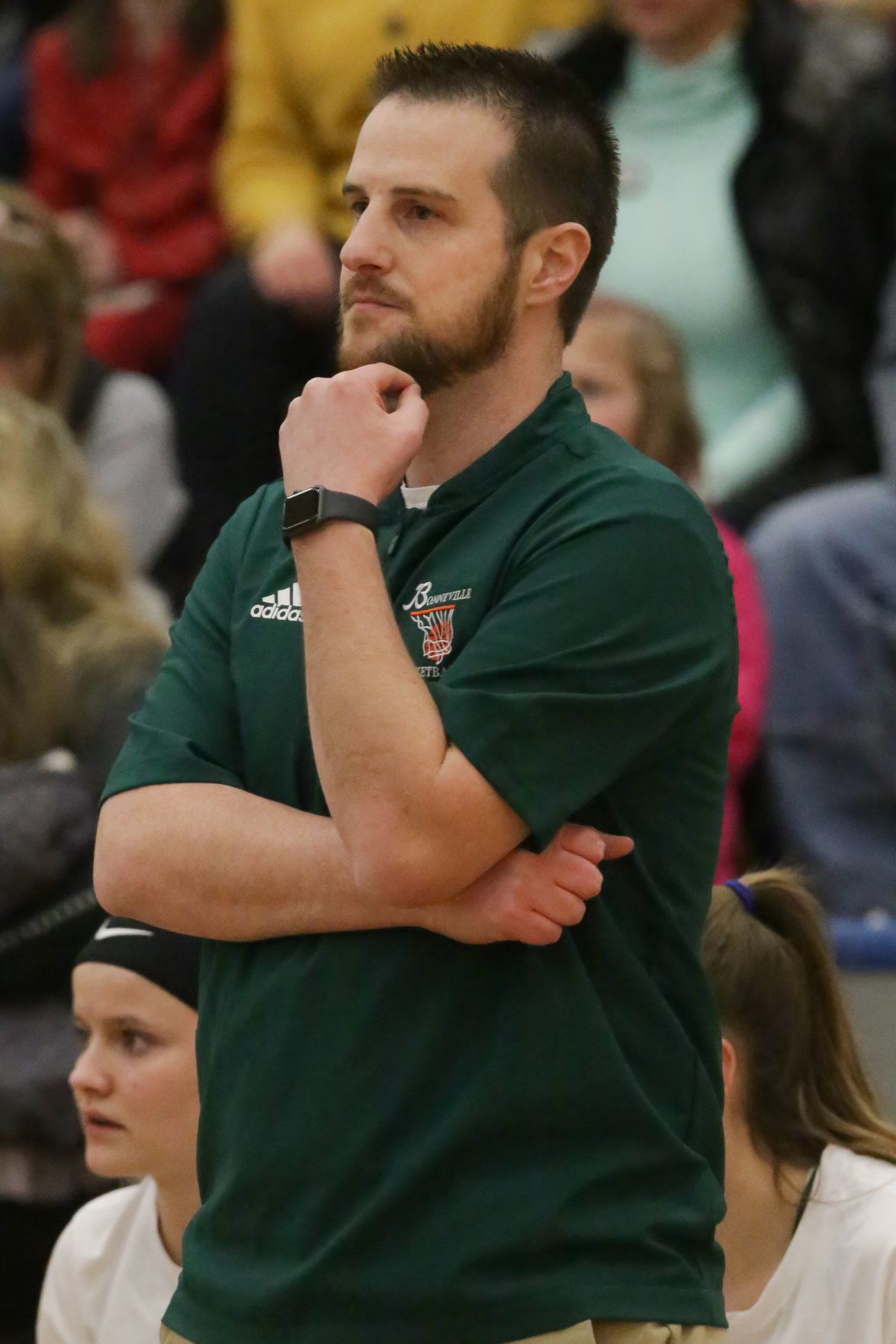 Bonnville Head Coach Ryan Erikson looks on during the 4A District 6 girls basketball title game versus Blackfoot on Feb. 13 at Skyline High School.

Bonnville Head Coach Ryan Erikson looks on during the 4A District 6 girls basketball title game versus Blackfoot on Feb. 13 at Skyline High School.

Ryan Erikson will not be roaming the sidelines for the defending 4A girls basketball state champions next season.

Erikson, who ended his first year as Bonneville High School head coach with a 4A state championship banner and blue trophy on Feb. 22 at the Ford Idaho Center to cap a 27-0 season, has accepted the assistant principal position at Rigby Middle School. He was hired for the position in December, and accepting the position meant he could no longer be a head coach. Bonneville has already posted the head coaching job to the Idaho High School Activities Association’s official website.

Erikson described the decision as extremely difficult. He informed Bonneville administrators of his hire during the season, and he also shared his dilemma with his assistant coaches. None of the players knew until after Bonneville’s state banner ceremony at the high school, however, as he did not want it to be a distraction during the season.

“I had to choose between my passion, what I love doing and my career,” Erikson said Monday by phone. “Basketball has been my whole life. I’ve been involved with it since I was little. I told (Bonneville athletic director) Tyler Johnson when I was hired, ‘I will be here until I get a principal job.’ It just so happened that a few months later, this position I was really trying to get opened up.”

Erikson said it was bittersweet to sit in the locker room after Bonneville’s 54-39 win over Century for the state championship knowing it would be his last postgame moment with the Bees, especially with the players not knowing yet that he would not be back next season. Last week after the high school’s banner ceremony, he took them into a classroom to break the news.

“It was a sad moment,” Erikson said. “It was one I was dreading all year. They understood the path I had to choose. Rigby told me, ‘There’s gonna be 1,000 students in our building and only two principals.’ With the amount of time a head coaching position takes, I couldn’t do both.”

Under Erikson’s guidance, the Bees won the 4A District 6 title and ended this season with their third state championship in program history and first since 2009. They are District 6’s first girls basketball team to go undefeated since Butte County did so in 2017 in the 1A Division II classification. The Bees were the unanimous No. 1 in the last five 4A state media polls of the season and they graduate nine seniors. Prior to Bonneville, Erikson spent three seasons at South Fremont. In 2018, he led the Cougars to their first 3A state tournament in 12 years and to the winner’s bracket for the first time in program history.

While he can no longer be a head coach with his new occupation, Erikson said he hopes to help out in basketball to some capacity because it has been part of his life for so long. Erikson said the Bees made his first and only year at Bonneville an easy transition.

“The best thing was watching these girls,” Erikson said. “The ceiling was so high for them. It was them accepting that target and every single game going out and performing. Our three words we always said were, ‘energy, excitement, focus.’ That’s what we wanted to bring to every game. Every single player did that. It was an amazing run.”