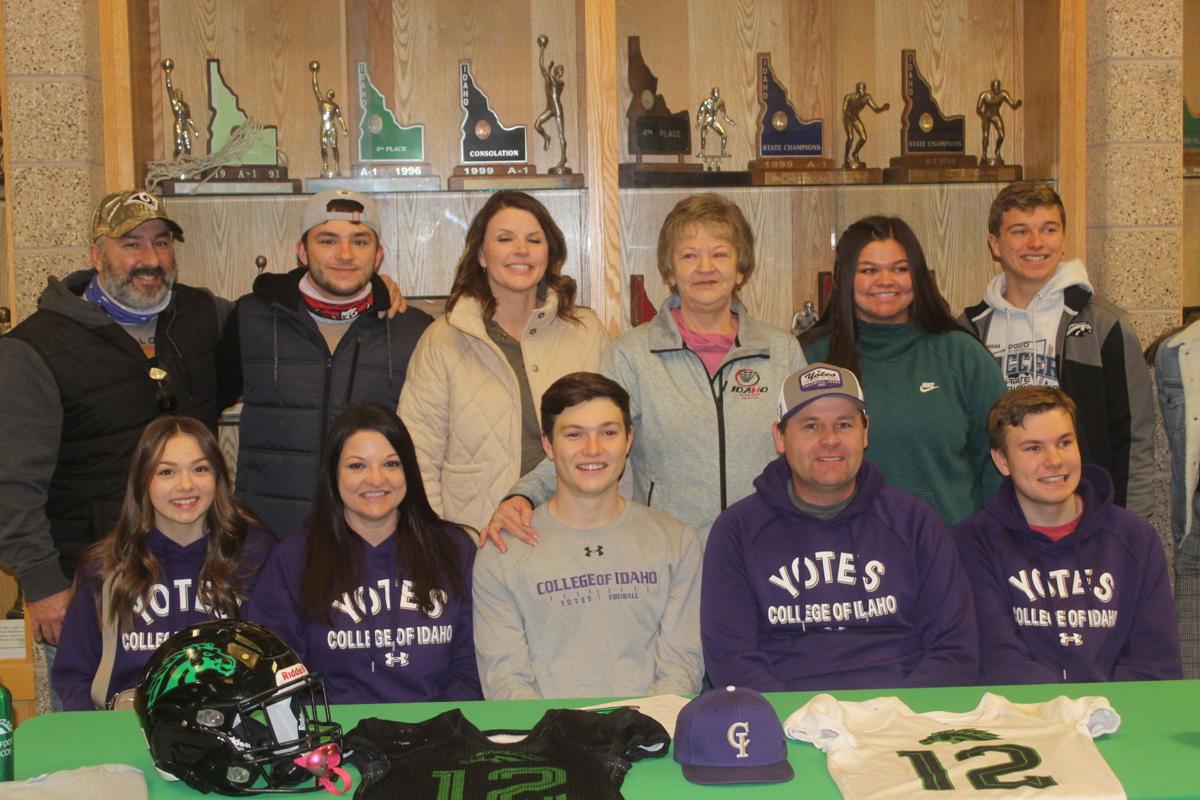 Blackfoot’s Stryker with extended family at his letter of intent signing. 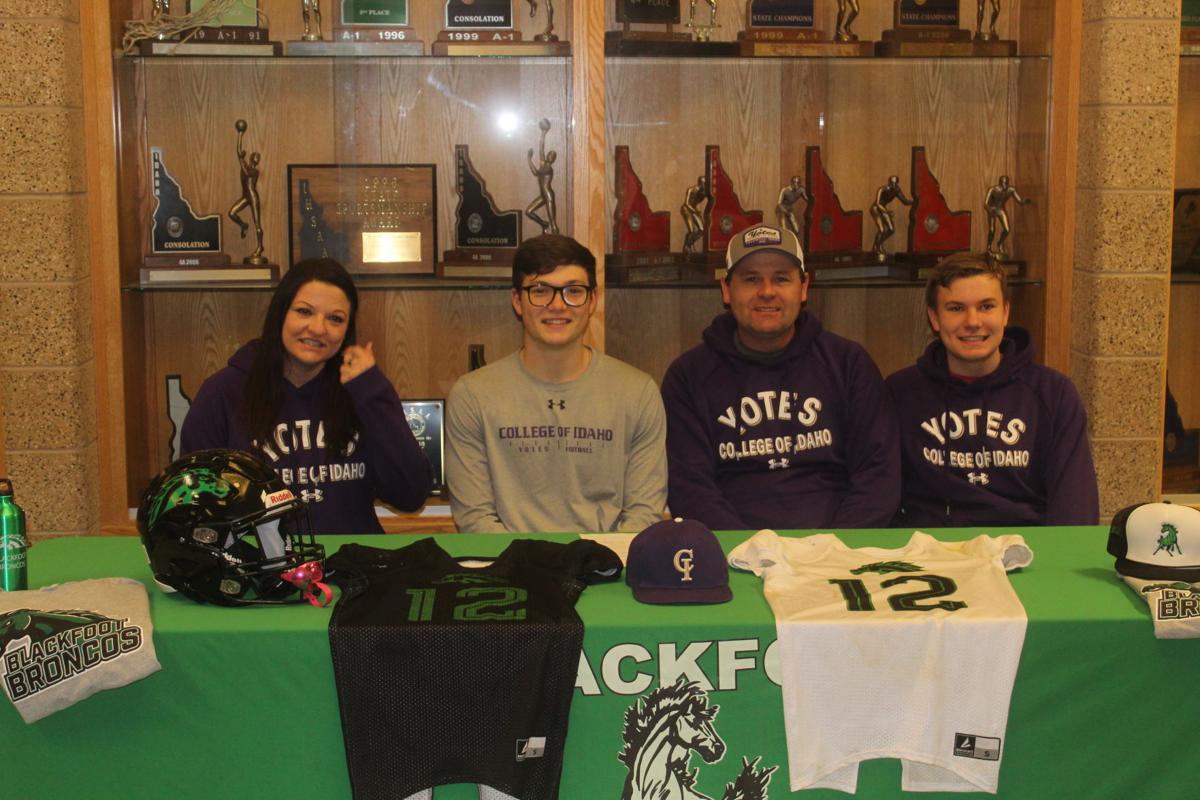 Stryker Wood and his parents at letter of intent signing. 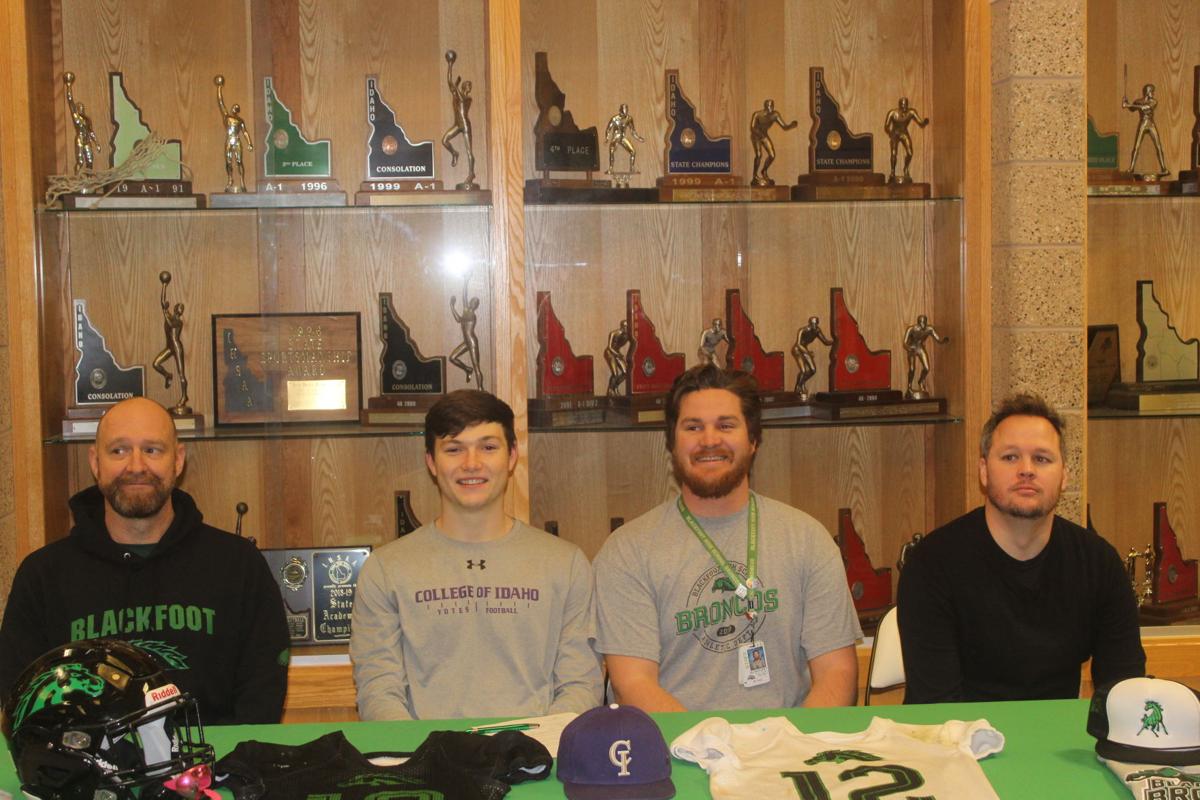 Blackfoot’s Stryker with extended family at his letter of intent signing.

Stryker Wood and his parents at letter of intent signing.

BLACKFOOT – Stryker Wood burst on the Blackfoot High School football scene when he earned a starting spot on the varsity team as a sophomore.

He is fast, built to be a safety, and now he has earned an opportunity to play at the next level after signing his letter of intent to play football for the College of Idaho Coyotes in Caldwell.

“I was a bit late in putting together a package to send out to the schools I was contemplating attending,” Wood said. “I had made my academic choices and was qualified for a pretty good academic financial aid package, but football was really on the back burner. I was making my visit to the campus before making my final choice and I was liking everything that I saw, when they had set me up a meeting with a football coach as well. It all kind of came together at that point.”

Wood said he plans to study applied mathematics while getting better on the football field.

“The coaches liked my tapes and appeared anxious to get me in the fold as quickly as possible,” Wood said. “I will do what I always do, give 110% and hopefully everything will work out for both of us.”

Wood has seen a lot of his high school teammates sign with other schools like Teegan Thomas going to Carroll College, and a whole host of former Broncos attending Montana Western. For a while, Wood had contemplated attending Eastern Oregon State College. All of those schools, including the College of Idaho, are members of the same conference, meaning they will now be on the opposite sides of the ball once play resumes.

“A lot of us have been teammates since before the eighth grade and now we will be playing against each other,” Wood said. “That just shows you how well coached we have been in Blackfoot, that so many of us are going on to the next level and playing football.”

Wood is also an accomplished baseball player and has been part of the varsity program going on his third year as an outfielder. As of now, Wood has no plans on playing for the College of Idaho team, but will leave the door open if the right opportunity comes along, he said.

Wood expects to be on campus in early August to begin his transition into college and college football.