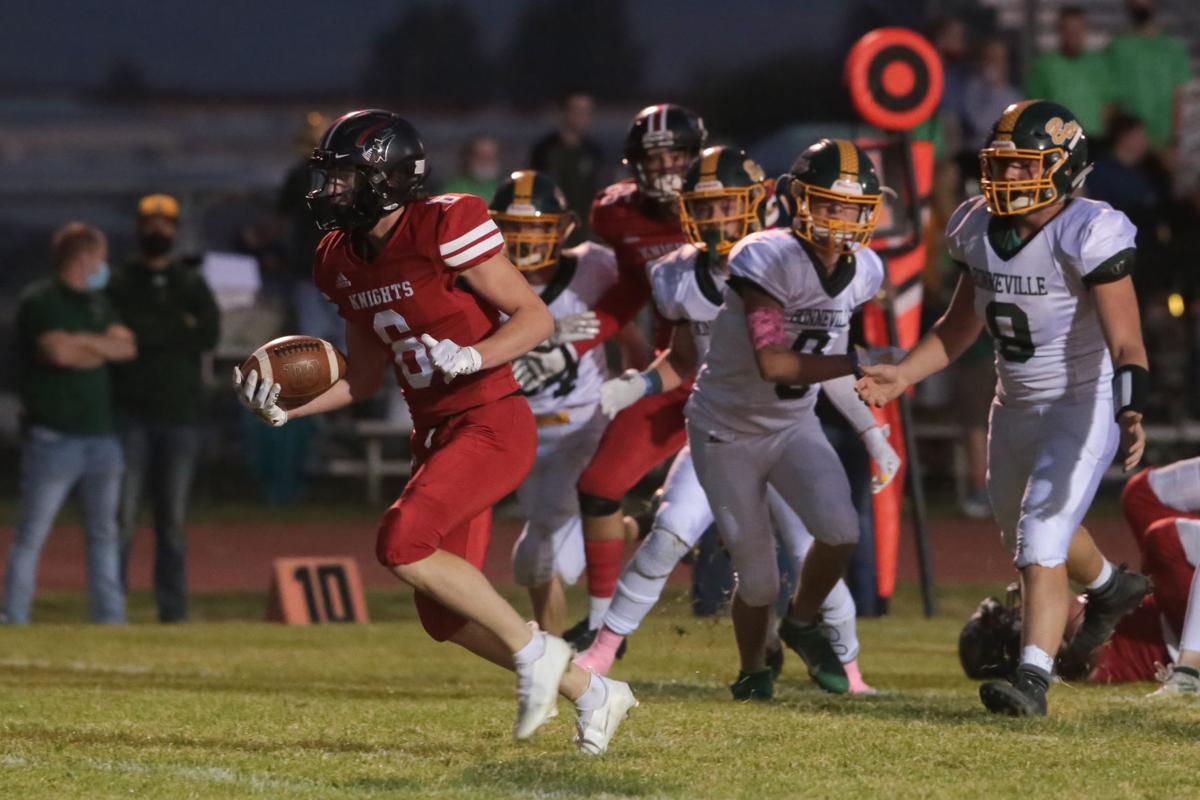 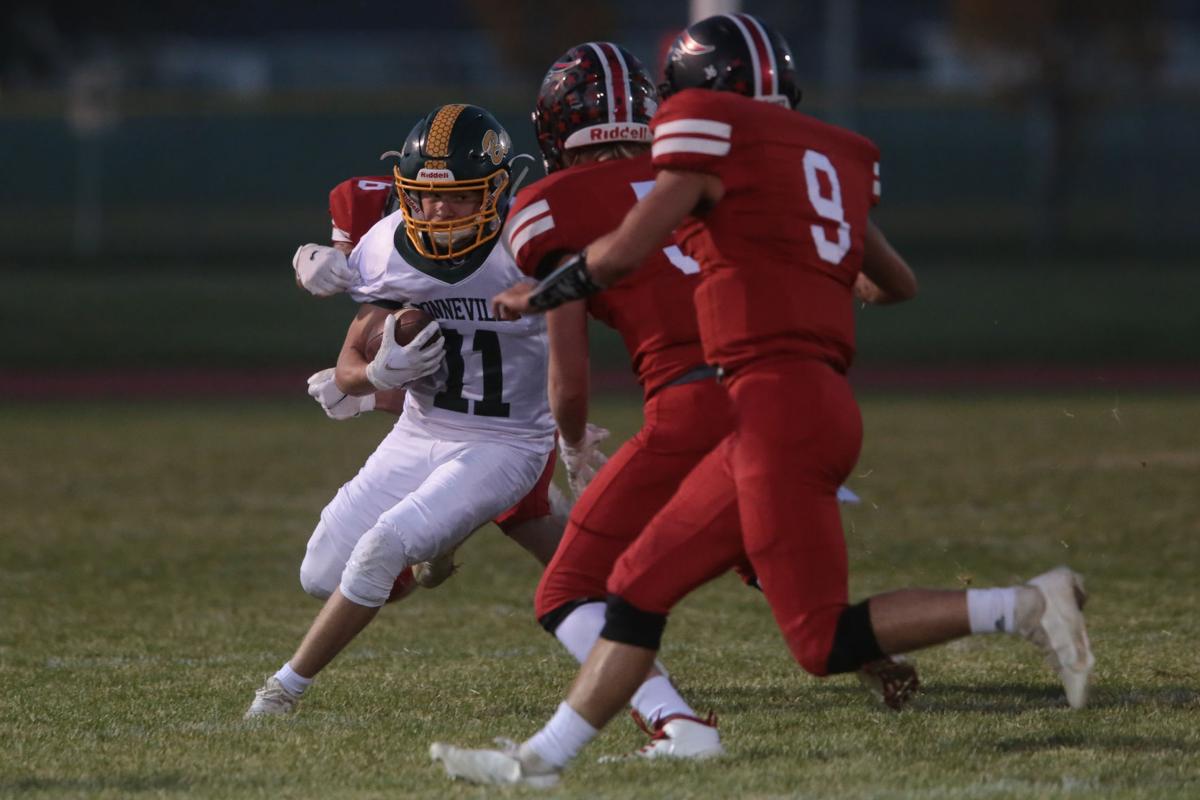 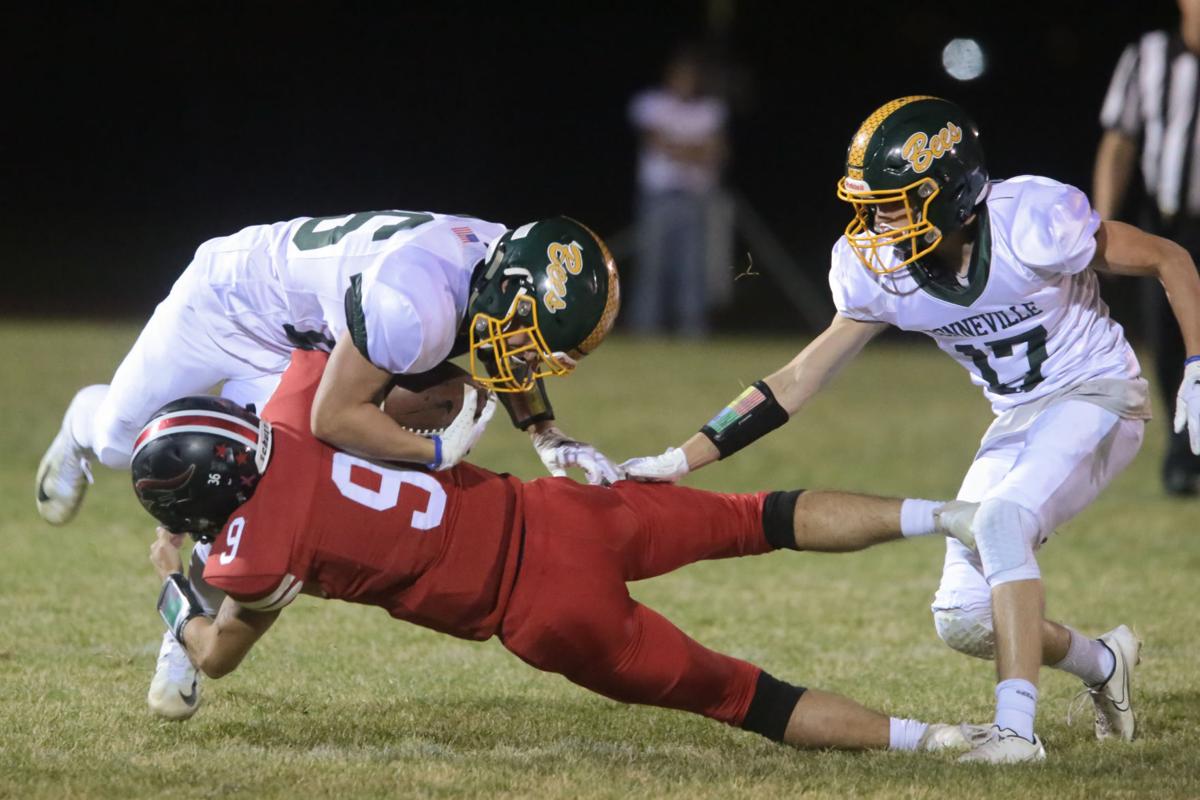 Rivalry games typically bring out the best in teams, each trying to ride the hype and adrenaline to glory and bragging rights.

But all it took was one play for Hillcrest to send a message to the Bonneville faithful that there would be no upset Friday night.

Keegan Porter ran for a 53-yard touchdown on the Knights' first play from scrimmage, sending the first salvo in a game that Hillcrest would eventually run away with, 49-6.

The storied Civil War rivalry continues to be dominated by Hillcrest, which won for the seventh consecutive year.

"It's the Civil War," Porter exclaimed after enjoying the postgame celebration at midfield. "Seven years in a row. It's a big game, a conference game, we needed it."

Hillcrest (4-3, 2-1) and Bonneville (0-6, 0-3) each needed a win. For the Knights, a win keeps them in the playoff chase with Skyline and Blackfoot. For the Bees, any positive vibes this season would be helpful and a win in the rivalry game would have been a season-making victory.

"Hillcrest is a great football team and we knew that," Bonneville coach Kevin Kempf said. "But it also just exposed just how poorly we played. At the end of the day, Hillcrest just wanted it more and anytime you have that, you're not going to win football games … I'm disappointed in our performance tonight."

Porter finished with 266 yards rushing on 21 carries and had two more touchdowns in the first quarter with scoring runs of 13 and 80 yards. Bonneville got on the board when quarterback Jacob Perez sneaked in from a yard out near the end of the first quarter, but that was all the offense the Bees could muster.

Hillcrest, whose best running back, Tre Kofe, was sidelined with an illness, continued to pound the ball. The Knights entered the second half up 28-6 and Porter tacked on touchdown runs of 33 and 13 yards, and finished with five touchdowns on the night.

Quarterback Demik Hatch ran for 89 yards and a touchdown.

"After last week it was tough," Hillcrest coach Kevin Meyer said of a 15-14 loss at Blackfoot. "We were kind of hungry."

The Knights only threw the ball twice. Hatch hit tight end Dylan Miller for a 30-yard gain after the Bees loaded up the line of scrimmage and Miller got loose. Backup quarterback Tyler Schultz connected with Garrett Phippen for a 69-yard touchdown over the middle at the end of the third quarter.

"We just want to continue to play our game," Porter said of the running attack, even without Kofe.

Bonneville plays a non-conference game against Thunder Ridge next Saturday and Hillcrest plays Skyline at Ravsten Stadium in a game that has huge conference implications.

Check photos from the 2020 Civil War as Hillcrest takes on Bonneville at Thunder Stadium.