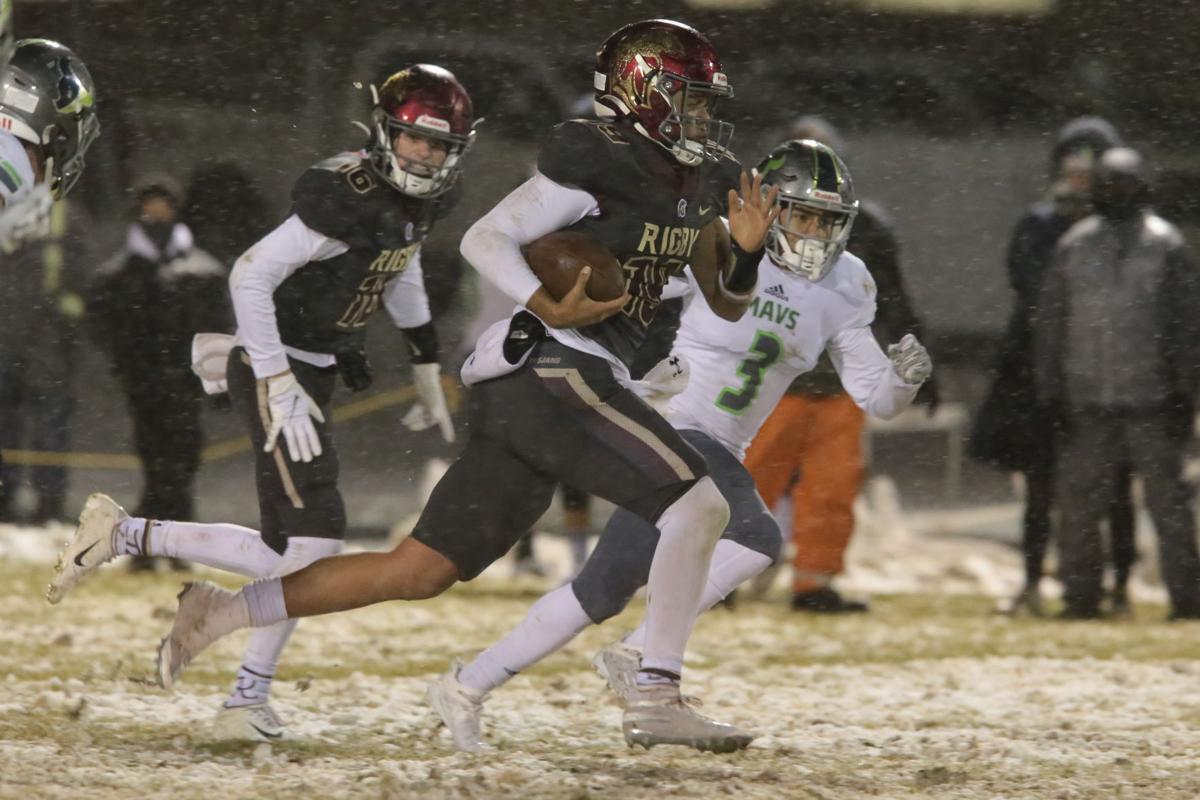 Rigby quarterback Tiger Adolpho looks to get past the Mountain View defense during Friday’s 5A semifinal. 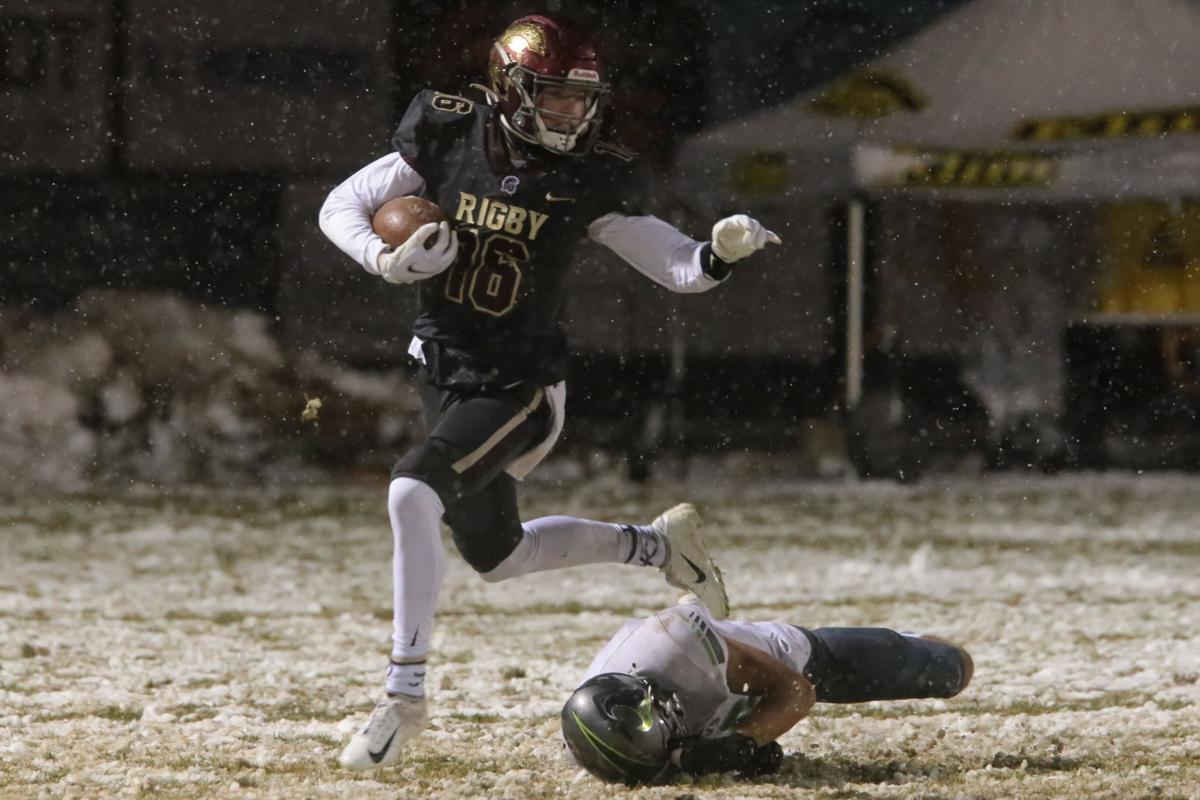 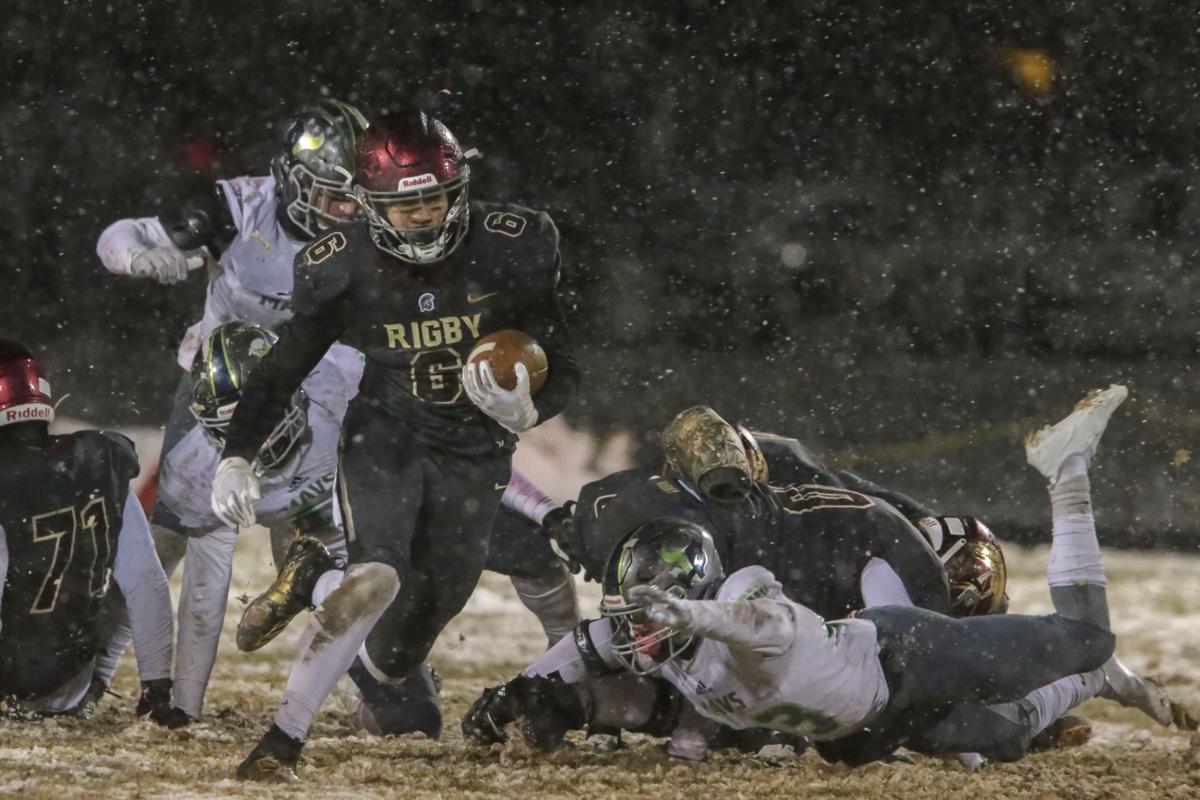 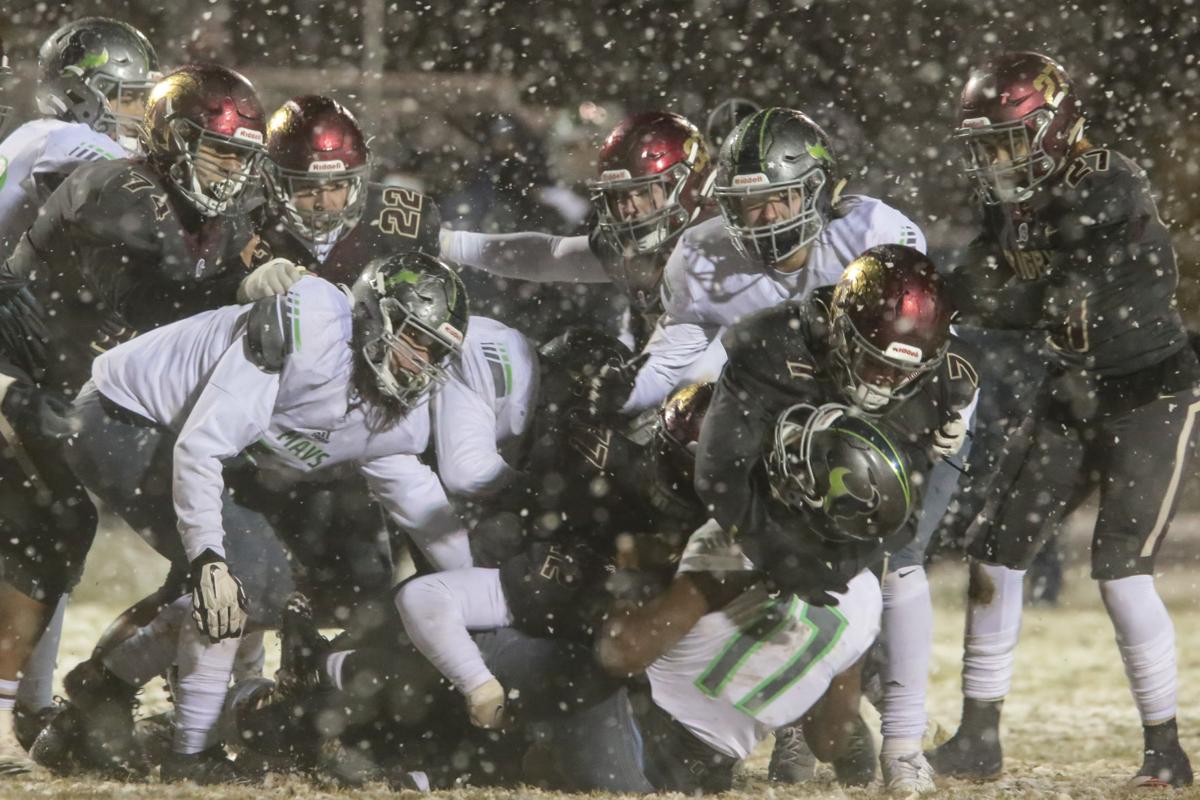 Rigby quarterback Tiger Adolpho looks to get past the Mountain View defense during Friday’s 5A semifinal.

RIGBY – After winning its first 5A state title last year, the Rigby football team will get a chance to add to its trophy case with another trip to the state championship game.

The Trojans knocked off Mountain View 26-19 Friday night in a semifinal game where snow flurries and wet conditions resulted in a grind-it-out effort by both teams that was expectedly messy at times and featured all the drama afforded a state playoff game.

Rigby will face Rocky Mountain for the 5A championship next week at Madison High School. Rocky Mountain defeated top-ranked Coeur d’Alene in the other semifinal. Date and time are yet to be determined.

“I told the kids before, in these conditions, I don’t care what the score is, we just have to get a W,” Rigby coach Armando Gonzalez said. “Sometimes in these types of games it’s hard to predict who’s going to win. Sometimes the best team doesn’t win.”

After slow first quarter, Rigby erupted for three scores in the second quarter, two touchdowns coming on long runs – a 21-yarder by Zheik Falevai and a 59-yard score by Gabe Mobley.

The sloppy conditions started taking a toll as the Trojans (10-0) capitalized on a blocked punt that was recovered in the end zone by Logan Fredericksen, giving Rigby a 20-7 lead at the half.

Mountain View, which had won five straight games entering Friday, closed the gap with its special teams corralling a bad-snap punt for a score in the third to pull within one score.

But Mobley wasn’t finished. The senior broke loose for a 62-yard touchdown run, finishing the night with 158 yards on 12 carries, and the Mavericks (5-4) never recovered.

Gonzalez said the wind played a factor, especially in the fourth when it was blowing in the face of the Mountain View offense.

A core of the Rigby roster played on last year’s team that persevered during last year’s championship run. That mentality paid off on Friday.

“Playing for your brothers and keeping your mind straight through these harsh conditions and weather and keep on going and pushing,” Mobley said of the team’s resilience on Friday.

Gonzalez noted how hard it is to get back to the championship game, especially if players get complacent or don’t completely buy in to the program.

“We had to learn some lessons along the way, we matured as a football team, and now we’re glad we have an opportunity to make it back and we’re going to give it a shot,” he said.

Tiger Adolpho passed for 96 yards and ran for 114. Falevai finished with 76 rushing yards.