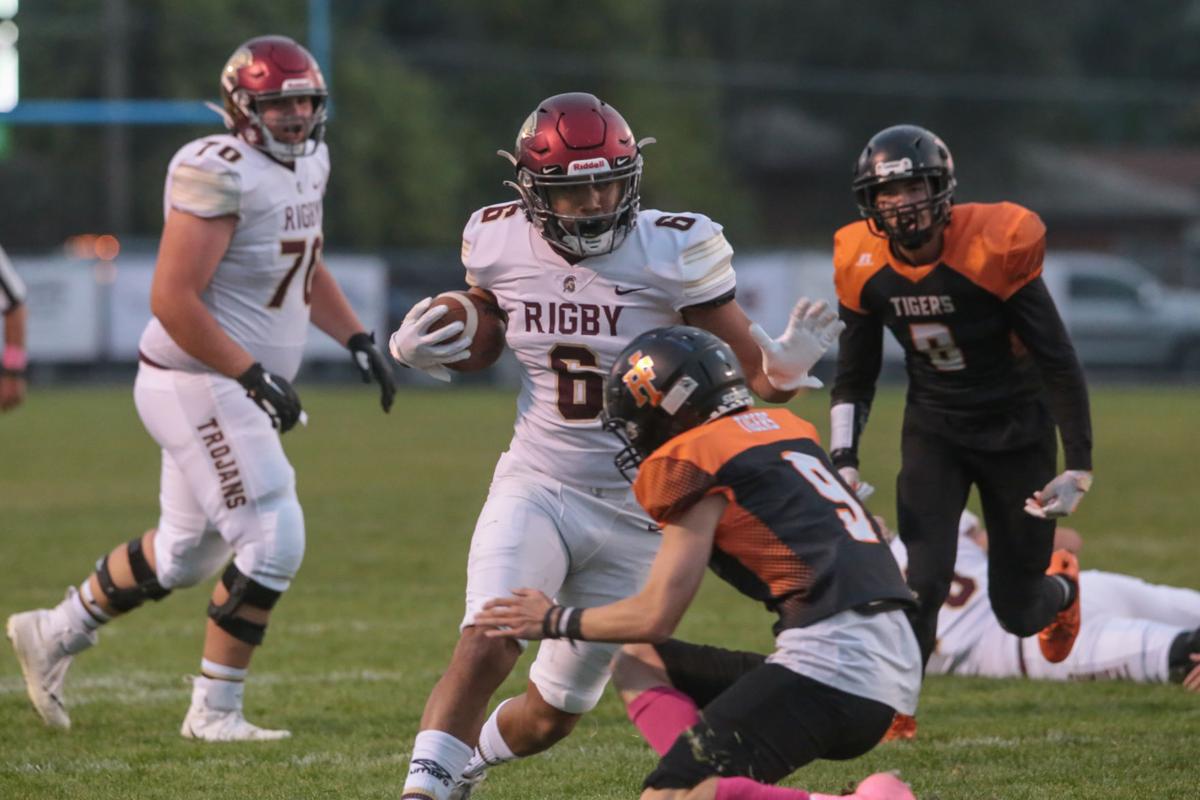 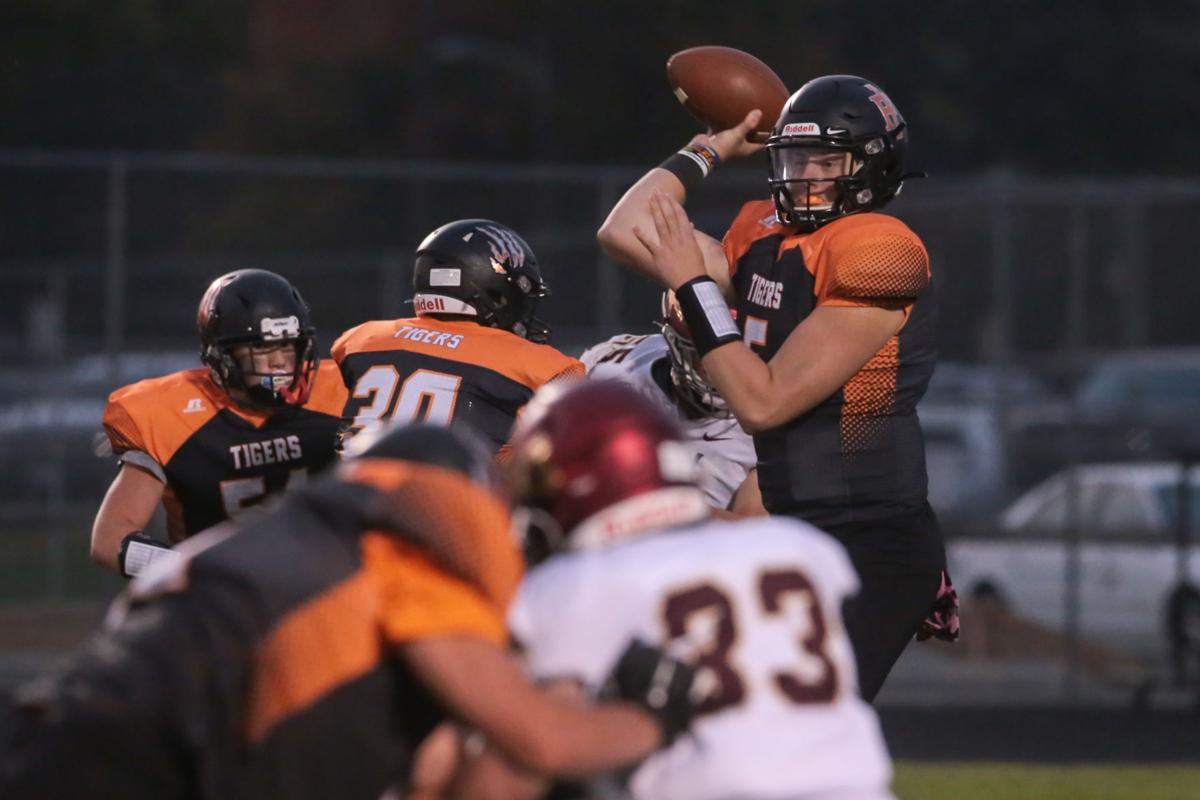 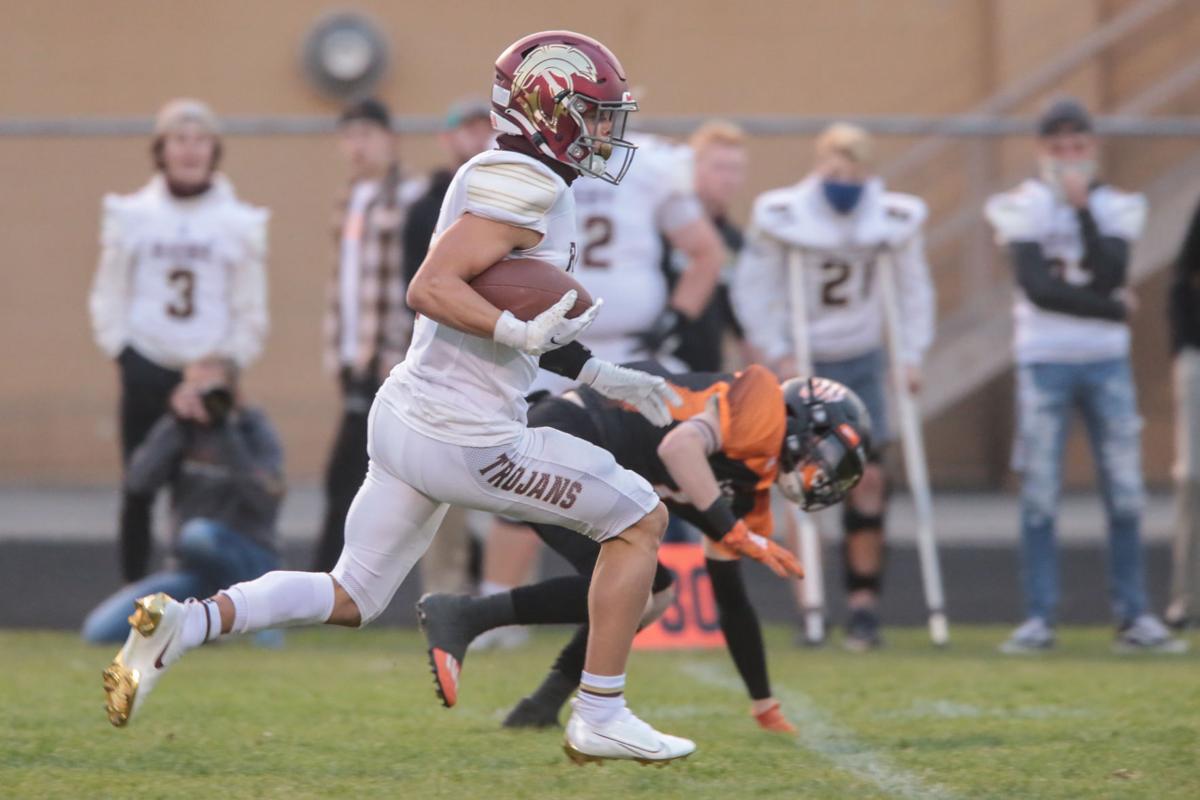 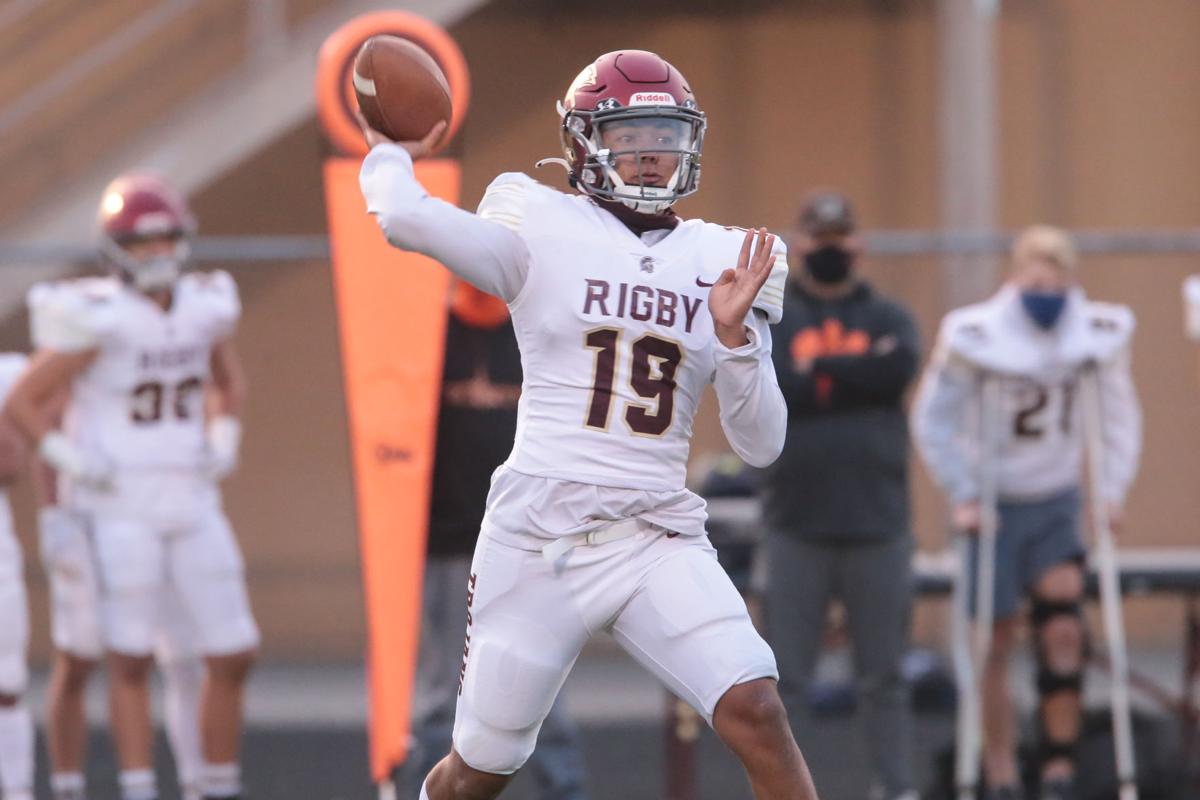 Tiger Adolpho gets off a pass as Idaho Falls High takes on Rigby on Friday, Oct. 2, 2020. 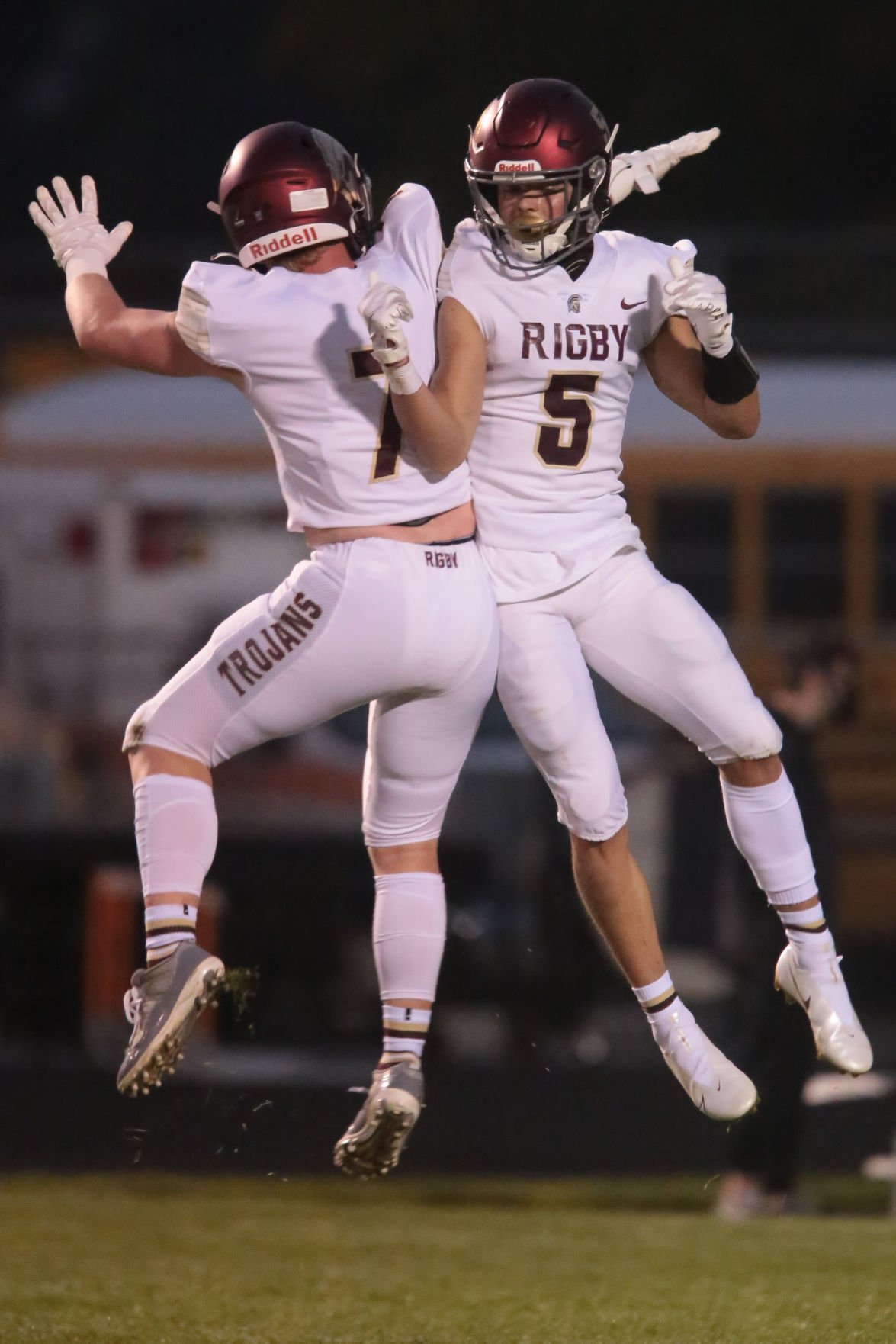 Tiger Adolpho gets off a pass as Idaho Falls High takes on Rigby on Friday, Oct. 2, 2020.

On those plays when yellow penalty flags weren't soiling the grass at Ravsten Stadium, the Idaho Falls and Rigby football teams both had reason for optimism on Friday night.

For Rigby, a team fighting through injuries and working with a new quarterback this year, the end result — a 43-20 victory — was enough to keep the Trojans perfect on the season at 6-0.

For Idaho Falls, a team trying to get on track in the 5A District 5-6 conference and win its first game of the season, there were some bright spots with the 20 points being the team's highest output in five weeks.

"Tonight we played way better," Idaho Falls coach Marty Duffin said. "We forced turnovers, played really well ... we had some breakdowns in our coverages but other than that, the game would have been a lot closer."

Rigby jumped out to a 14-0 lead but hurt itself with turnovers and penalties. Coach Armando Gonzalez said the game plan was to work on the passing game with quarterback Tiger Adolpho returning from a high ankle sprain.

Adolpho connected with Rysen Tyler for a 42-yard score to give Rigby a 24-6 lead just before the half, but the Tigers (0-6) responded with a 76-yard drive and took advantage of a key pass interference call to close the gap when Skyler Olsen lobbed a pass to to Jackson Baker for a touchdown with nine seconds remaining.

The Tigers' Jayden Jones picked off a pass on Riby's first drive, but the Trojans regrouped as Adolpho spearheaded an 88-yard drive on the next series, highlighted by a 39-yard run and then capped by a touchdown run by Gabe Mobley to extend the lead to 31-13 and all but seal the game.

"We threw the ball a lot more than expected," Gonzalez said. "We need to work on some things."

Dansie said the Trojans may have overlooked the Tigers because of their record.

Olsen finished 21 of 37 for 251 yards, including 75-yard bomb to Hunter Miller in fourth quarter. Miller finished with eight catches for 121 yards.

Rigby plays at Blackfoot next week and Idaho Falls takes on rival Skyline next Saturday in the Emotion Bowl.