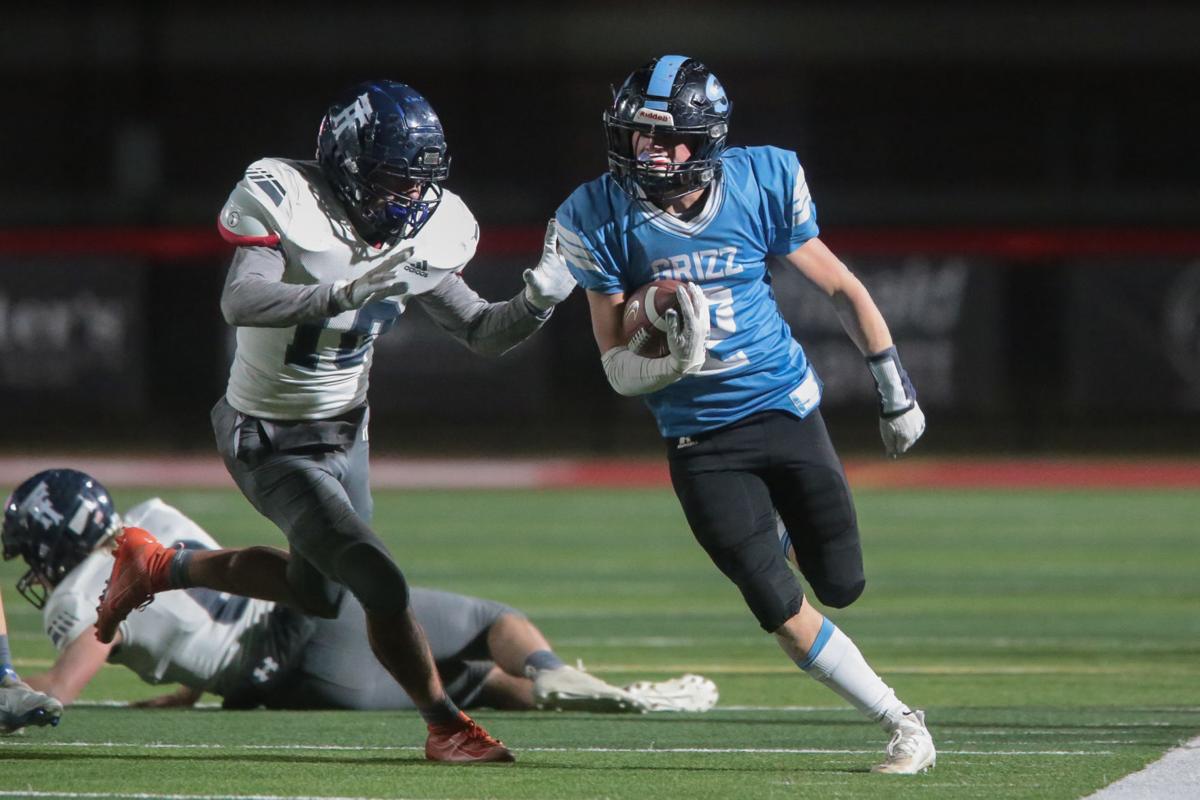 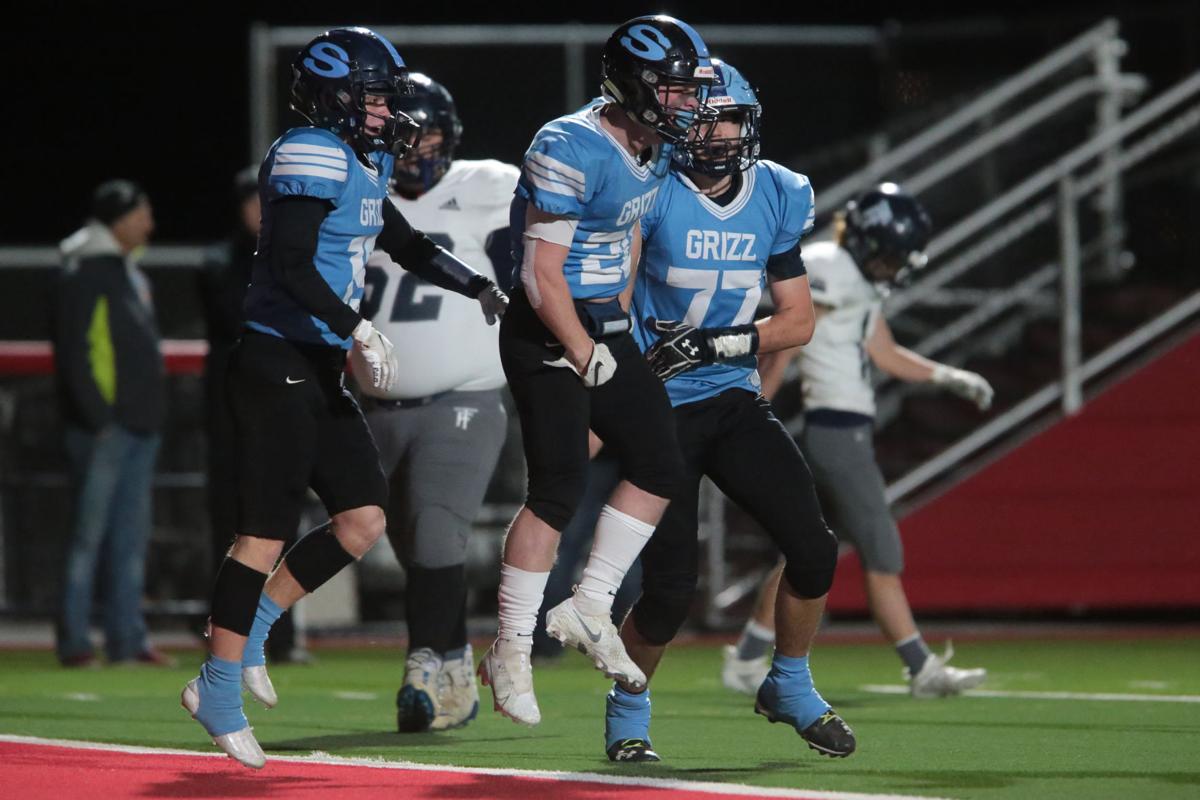 Skyline’s Bridger Swafford celebrates with Skyline players after running in a touchdown as the Grizzlies defeated Twin Falls at Madison High School on Friday. 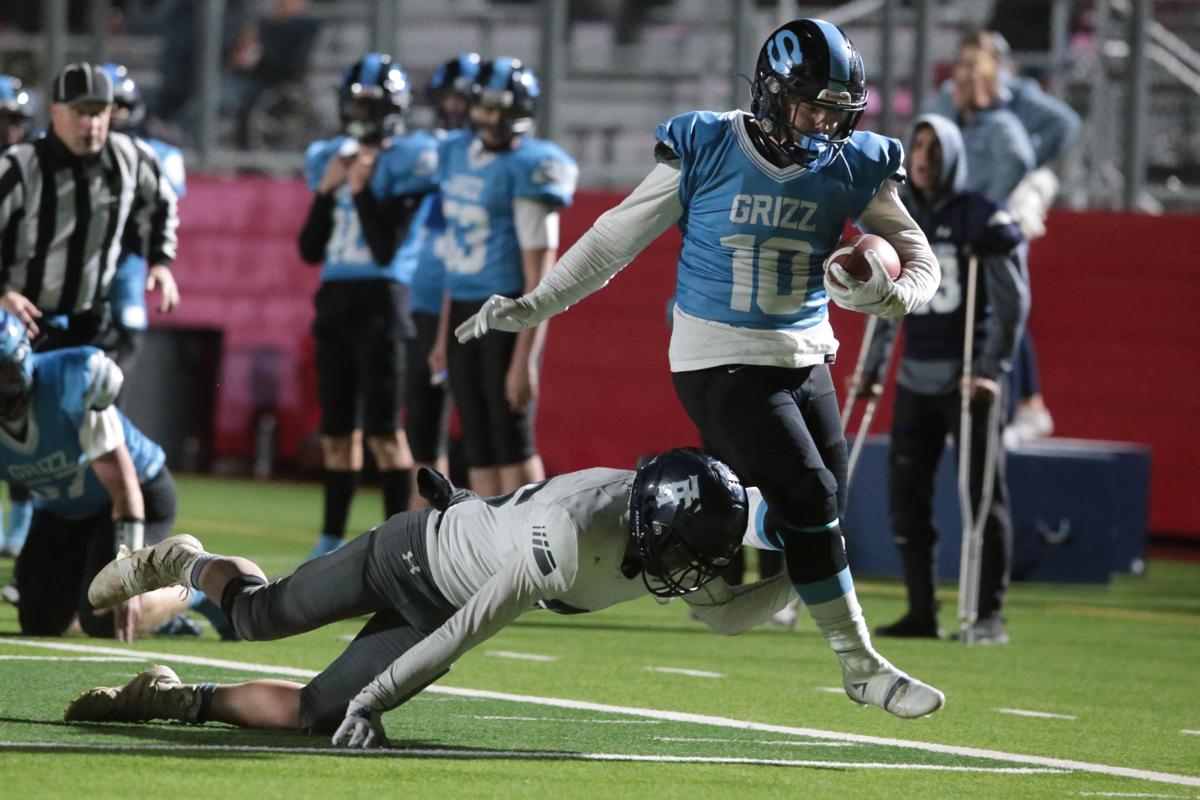 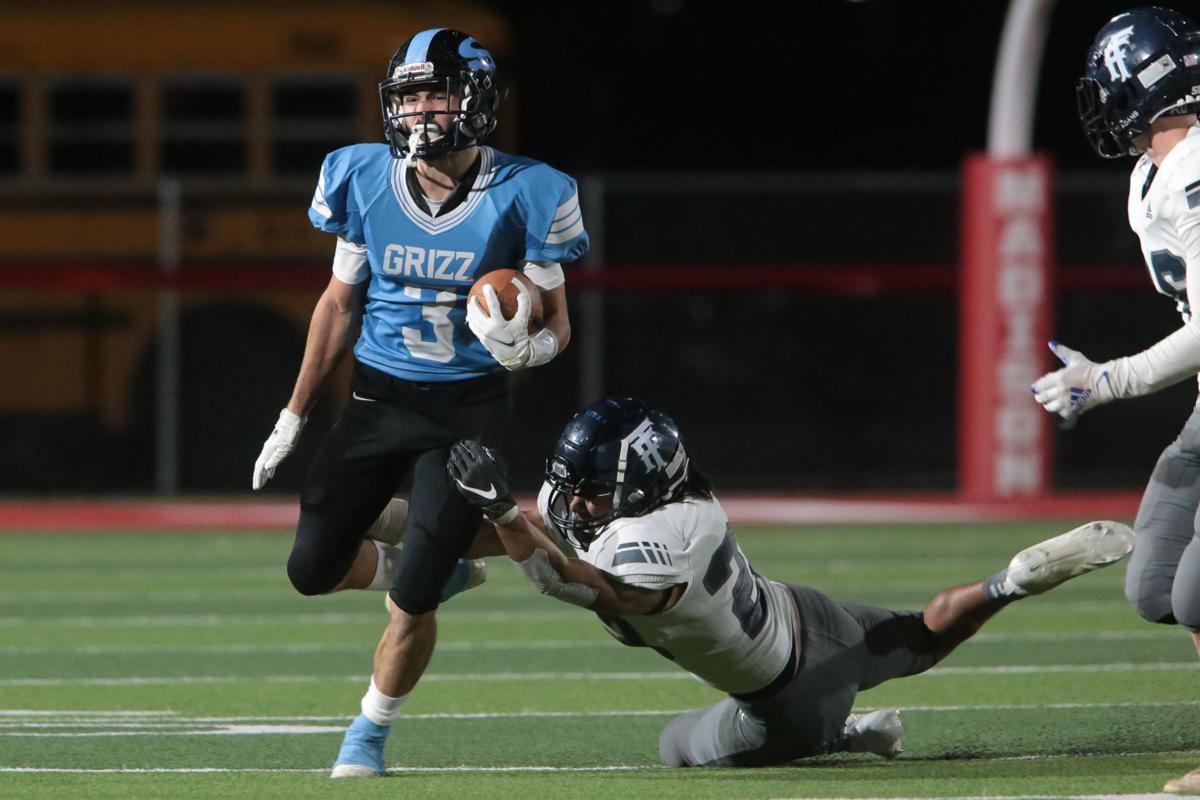 Eli Ames runs the ball as Skyline takes on Twin Falls at Madison on Oct. 30. 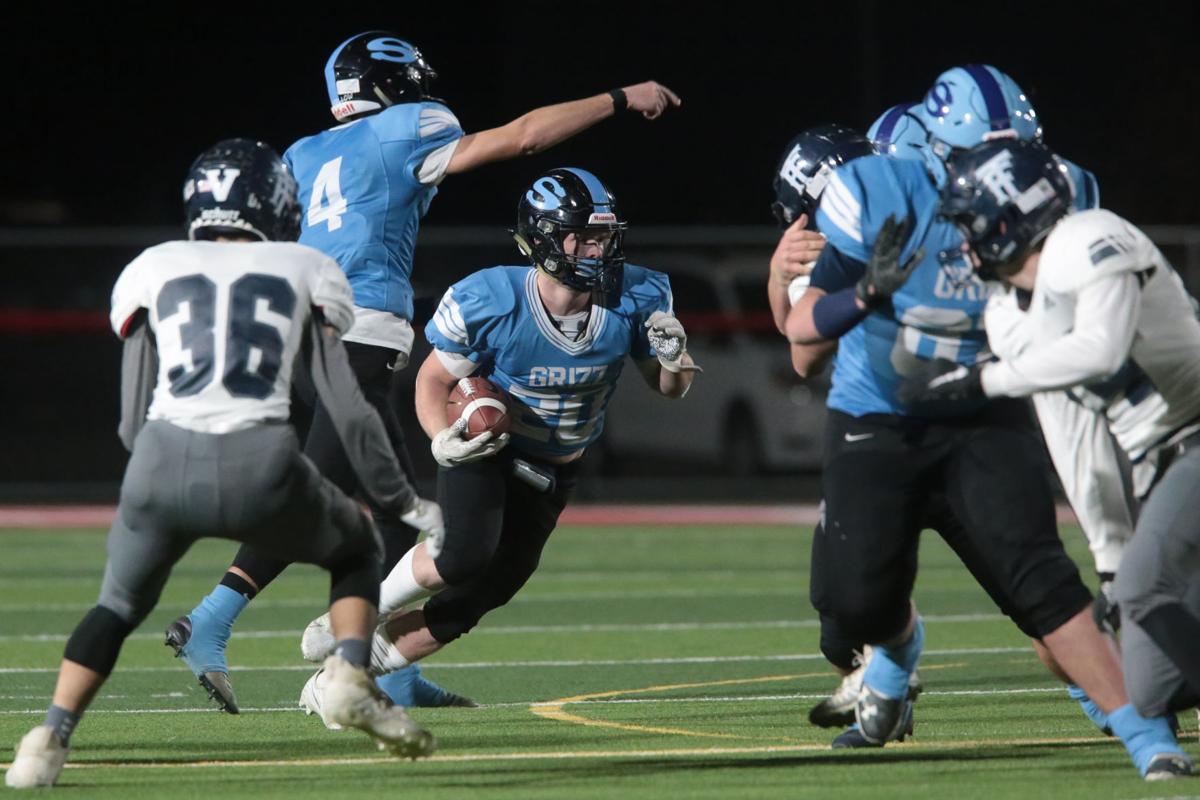 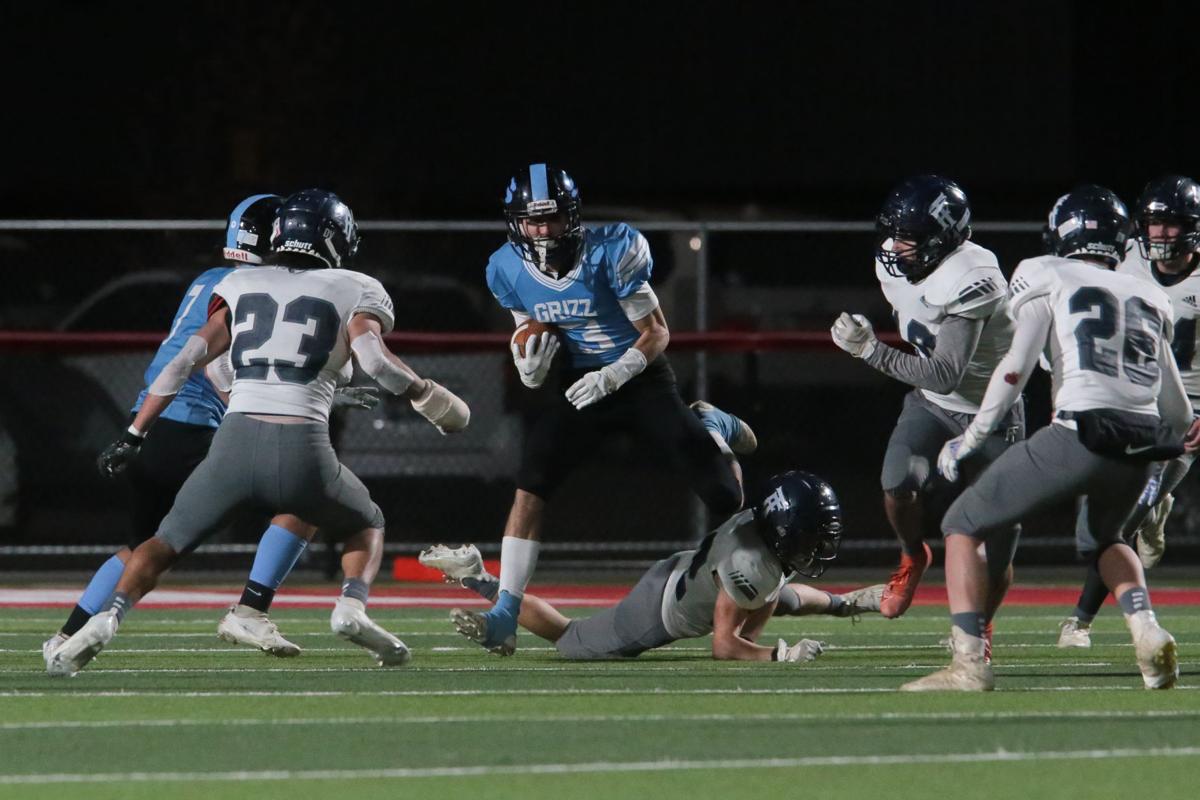 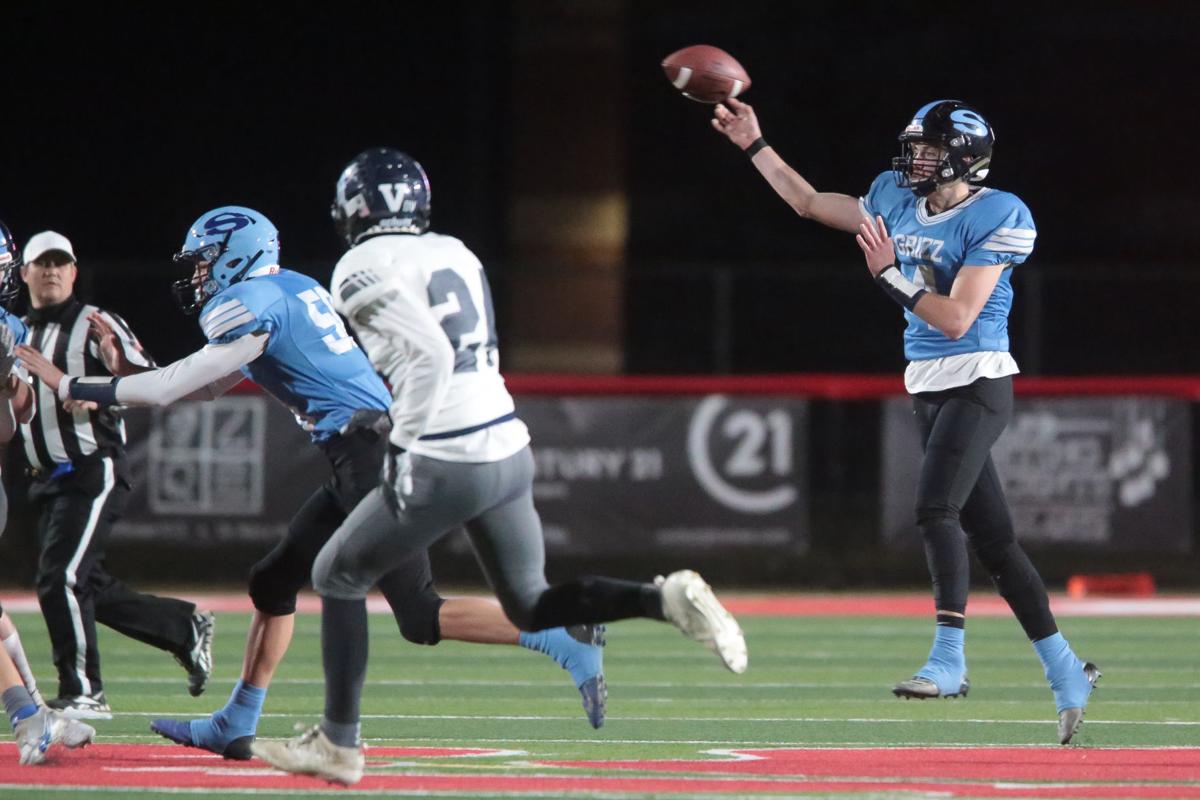 Cade Marlow gets off a pass as Skyline takes on Twin Falls at Madison High School on Friday, Oct. 30, 2020. 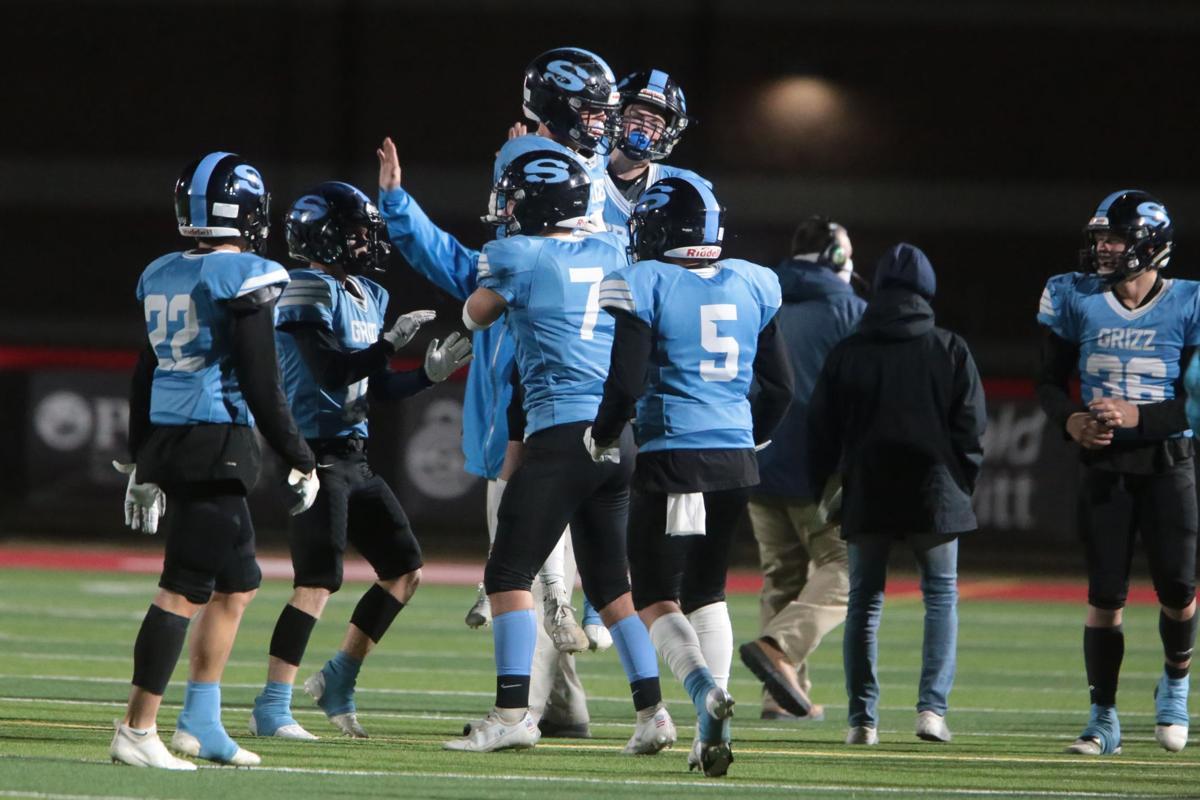 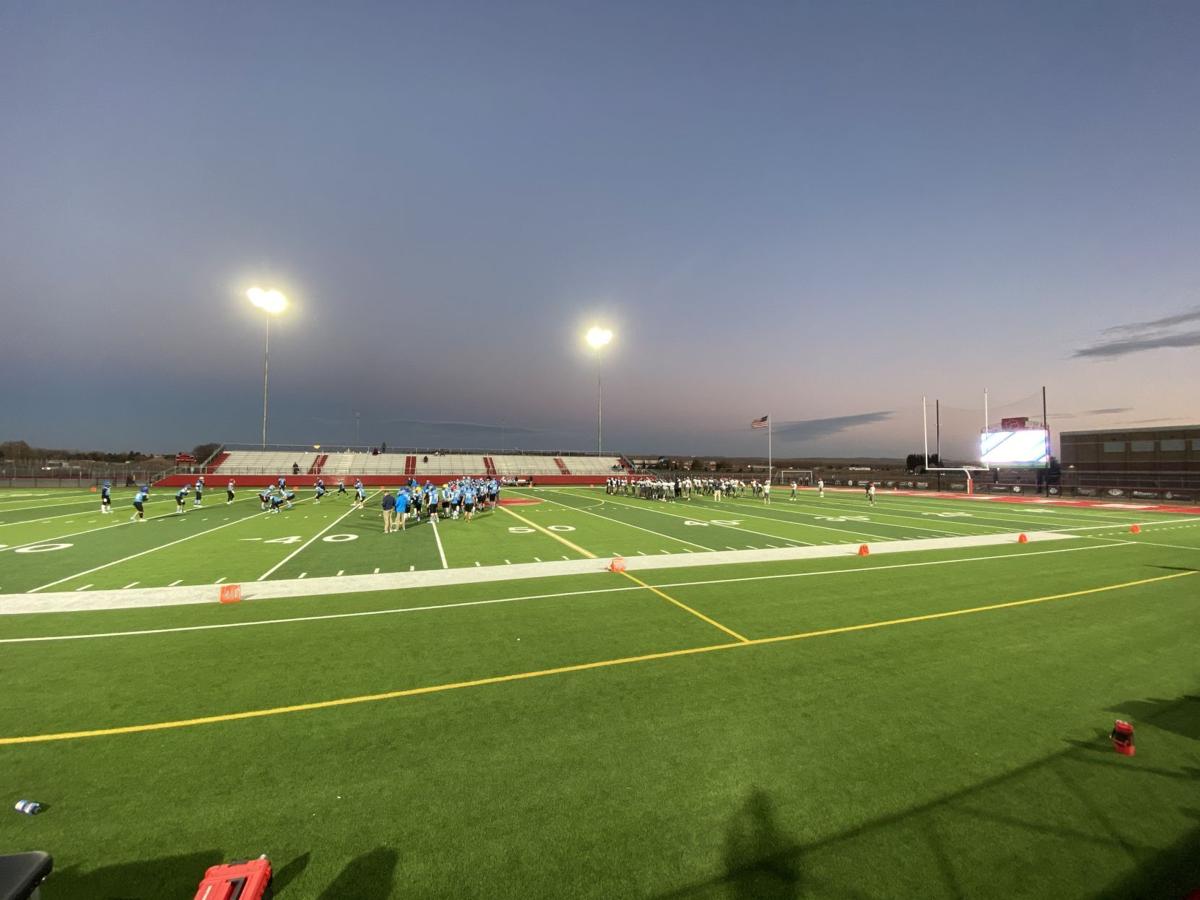 Skyline’s Bridger Swafford celebrates with Skyline players after running in a touchdown as the Grizzlies defeated Twin Falls at Madison High School on Friday.

Eli Ames runs the ball as Skyline takes on Twin Falls at Madison on Oct. 30.

Cade Marlow gets off a pass as Skyline takes on Twin Falls at Madison High School on Friday, Oct. 30, 2020.

REXBURG — Top-seeded Skyline’s opponent to kick off the 4A playoffs Friday night was Twin Falls, at least in theory.

Only if you watched the game, you came away with the sense that the Grizzlies’ only opponent was themselves. In fact, outside of garbage time, Skyline prevented itself from scoring more often than Twin Falls did.

That goes a long way in illustrating just how thoroughly Skyline throttled Twin Falls, 49-0, at Madison’s Bobcat Stadium, cruising to one of its easiest wins of the season.

Skyline will play Nampa on Nov. 6 in the 4A quarterfinals. Time and location have yet to be determined.

The Grizzlies, though, had little trouble getting there.

“Our line really got together and they blocked really well,” said running back Bridger Swafford, who led his team’s rushing attack with 10 carries for 63 yards and a touchdown. “Everyone blocked and executed and did exactly what their jobs (were). It worked really well. I couldn’t have asked for better blocking.”

There are several ways to break down the ways Skyline (9-1) ran away with this win, but start with the basics. The Grizzlies out-gained the Bruins 330-48. Twin Falls didn’t cross midfield until early in the third quarter, when the game was effectively out of hand. Seven different players scored for Skyline, which averaged 8.4 yards per carry, while Twin Falls generated just 0.3 yards a carry.

At one point in the first half, the Grizzlies scored on five straight series, using an array of weapons to keep the Bruins guessing.

“We’ve been watching film on them all week, and we knew they weren’t going to be a hard up-front team,” Swafford said. “But we didn’t think that we were going to move the ball as efficiently as we really did. We were surprised.”

If Skyline’s offense was surprised how well things went, its defense must have been shocked.

The Grizzlies held the Bruins to minus-five rushing yards on 19 carries. The only success they had came through the air, but even that was in short supply. Combined, Twin Falls’ two quarterbacks — Nic Swensen and Andy Geilman — completed just 7 of 24 passes for 98 yards.

The good news for them was that neither threw an interception, but in the third quarter, Geilman fumbled a handoff and Skyline linebacker Karsen Jensen capitalized. Jensen, blitzing on the play, arrived in the backfield just as the ball hit the ground and bounced up. Jensen snared it and raced 45 yards the other way, prancing into the end zone and celebrating with a game of duck-duck-goose in the end zone with his teammates.

“As soon as I saw the snap get muffed a little bit, I thought in my head that I was going to pick it up and score,” Jensen said. “I didn’t even have the thought of falling on it.”

That kind of confidence permeated throughout his team all night.

Skyline did most everything right in the first half.

In fact, on the only two occasions the Grizzlies didn’t score, it was because they turned the ball over.

When they didn’t, they ran over the Bruins, literally and metaphorically. Skyline rattled off 325 yards of offense, while Twin Falls managed just 48. The Grizzlies also pocketed 20 first downs. The Bruins generated three.

Five different Grizzlies scored in the first half. Quarterback Cade Marlow threw for two touchdowns — one to Eli Ames and one to Kenyon Sadiq — while Ames, Swafford and Connor Maloney all recorded rushing touchdowns.

Add in one Twin Falls turnover, a fumble recovered by Christean Thomas, and you get a five-score game at halftime.

“What’s good is having experience,” coach Scott Berger said of his team’s defense. “Nine of those guys started last year. So they’ve seen a lot of game film, and they’ve been in a lot of the plans. The communication we have is really nice right now, and we can adjust to what we see, and our preparation in practice — it’s falling into place really nicely with the defense.”

Now, Skyline’s challenge will be doing the same — to some degree — next week.

Nampa (6-2) secured a last-second, 44-42 win over Middleton Friday night. The Bulldogs have won five of their last six games.

The last meeting between these teams came in 2017, when Skyline won a 21-13 state semifinal in what Berger called “one of the best high school games I’ve ever been around.”

If the Grizzlies are to emerge on the winning side again next week, the work starts now.

“When you reach this time of the year, it’s a dogfight,” Berger said. “It’s tough. I’m just glad to see another day.”