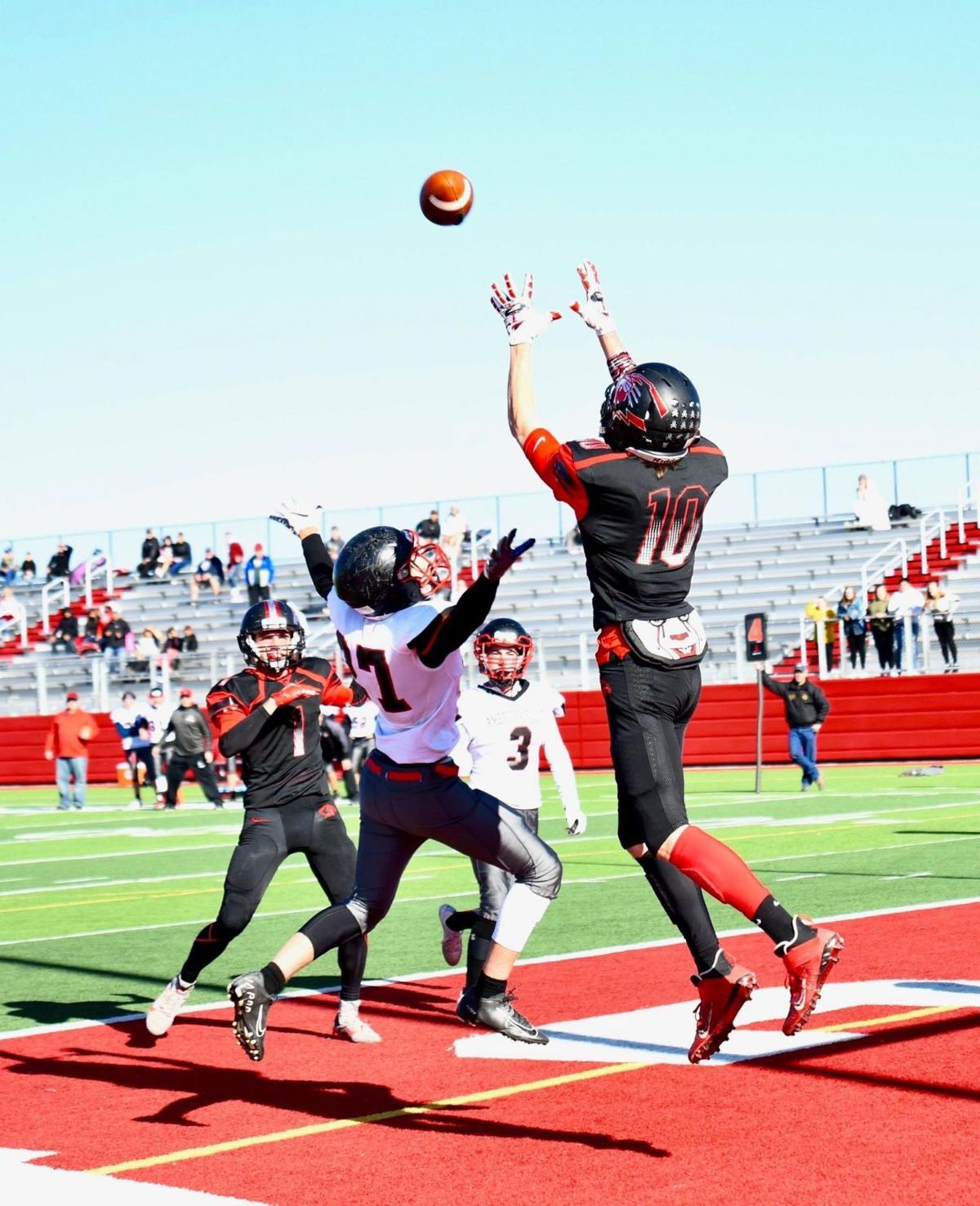 South Fremont's Cooper Hurt rises above the defense to grab a touchdown pass. 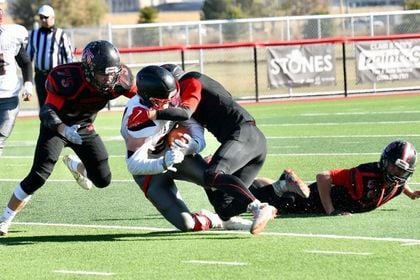 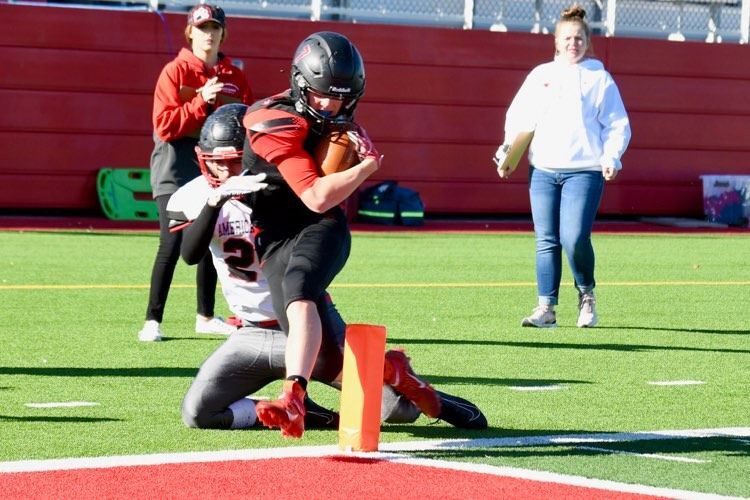 South Fremont running back Rylan Miller gets the ball over the pylon to score the game-winning touchdown.

South Fremont's Cooper Hurt rises above the defense to grab a touchdown pass.

South Fremont running back Rylan Miller gets the ball over the pylon to score the game-winning touchdown.

South Fremont’s football team beat American Falls Saturday 27-23 in a back-and-forth 3A state battle where American Falls tried using up the clock to keep the Cougars’ offense off the field.

“That was a grind of a game,” South Fremont head coach Chad Hill said. “It seemed like we couldn’t get them off of the field. They executed their game plan pretty well but our kids came up with a huge stop in the fourth quarter.”

Kaimen Peebles hit wide receiver Dallin Orme for a 45-yard touchdown early in the third to put the Cougars back on top. American Falls answered with another long drive and a two-point conversion.

After Orme made a couple of big catches late in the third, South Fremont’s drive stalled and in the third the Cougars found themselves in a fourth-and-20 situation. Peebles rolled to his left to avoid pressure then threw it across the field and behind a slew of defenders to Cooper Hurt in the back of the end zone.

After another score and two-point conversion, American Falls tried an onside kick that South Fremont ran back about 25 yards. Plays later, Miller ran in another score just slipping over the pylon as a defender rode him out of bounds.

“I think we do a good job of making some adjustments,” Hill said of the Cougars' clutch defense. “We called a blitz on the third down and River Edins made a huge play for us and was able to attack them for a big loss. On defense we make some adjustments and we bring pressure and they’ve stepped up and made big plays all year they did that again tonight.”

South Fremont will play in the second round of the playoffs next week for the first time since 2016. The Cougars will host Gooding at a yet-to-be-determined time and location.