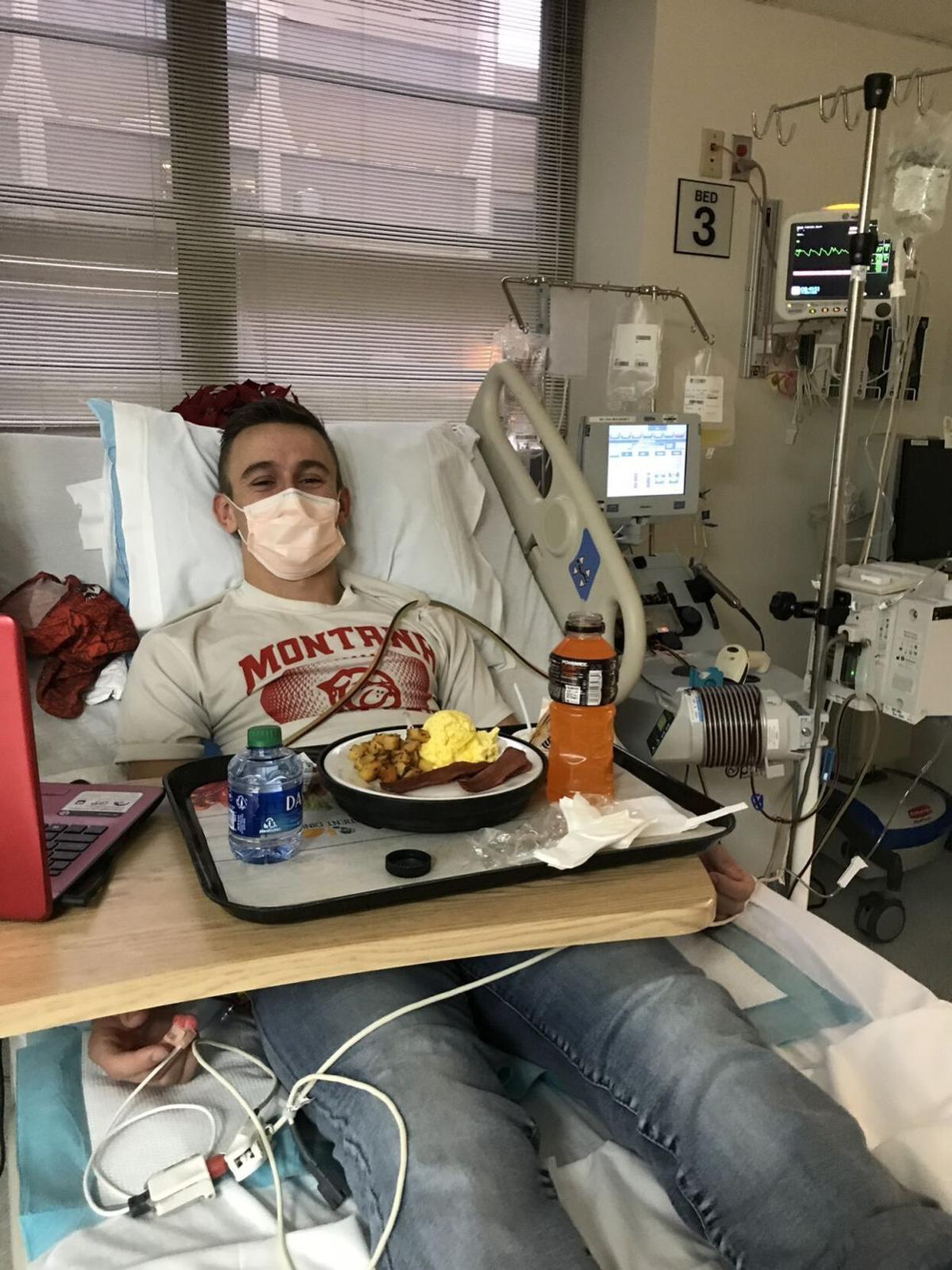 Dylan Pope in the hospital bed on the day of his stem cell donation. 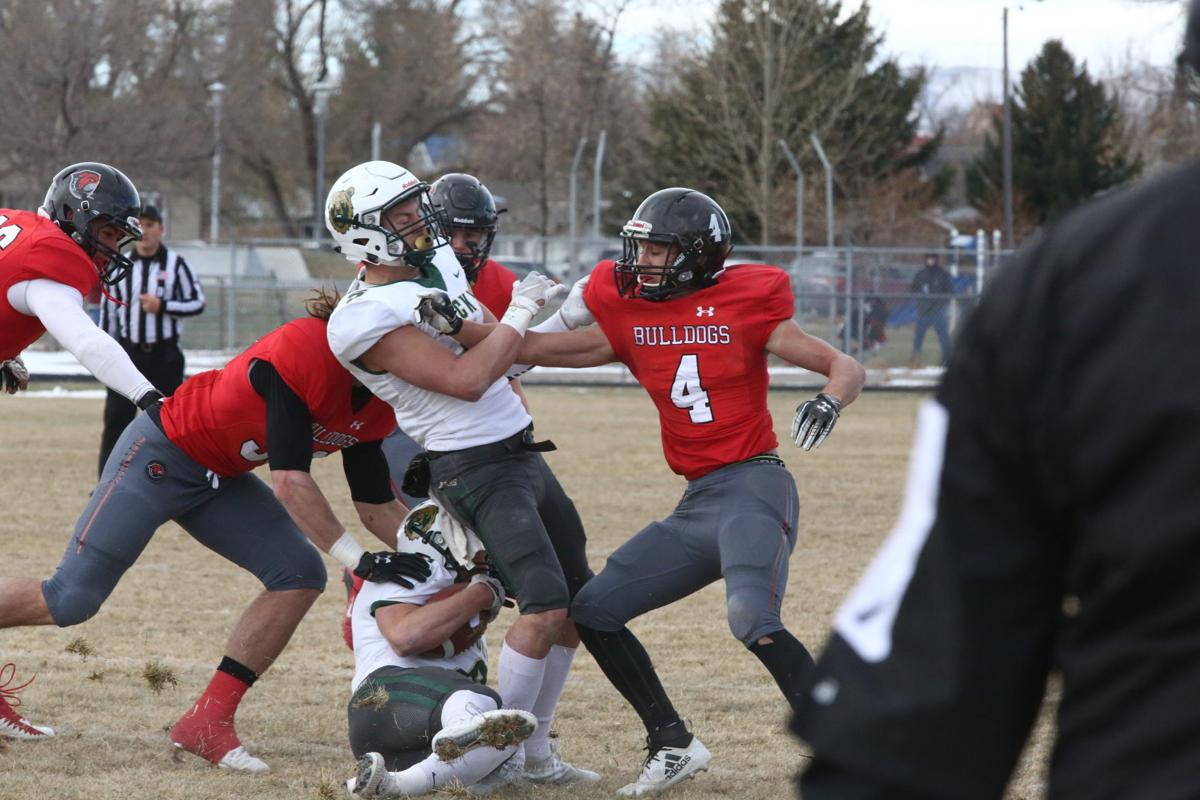 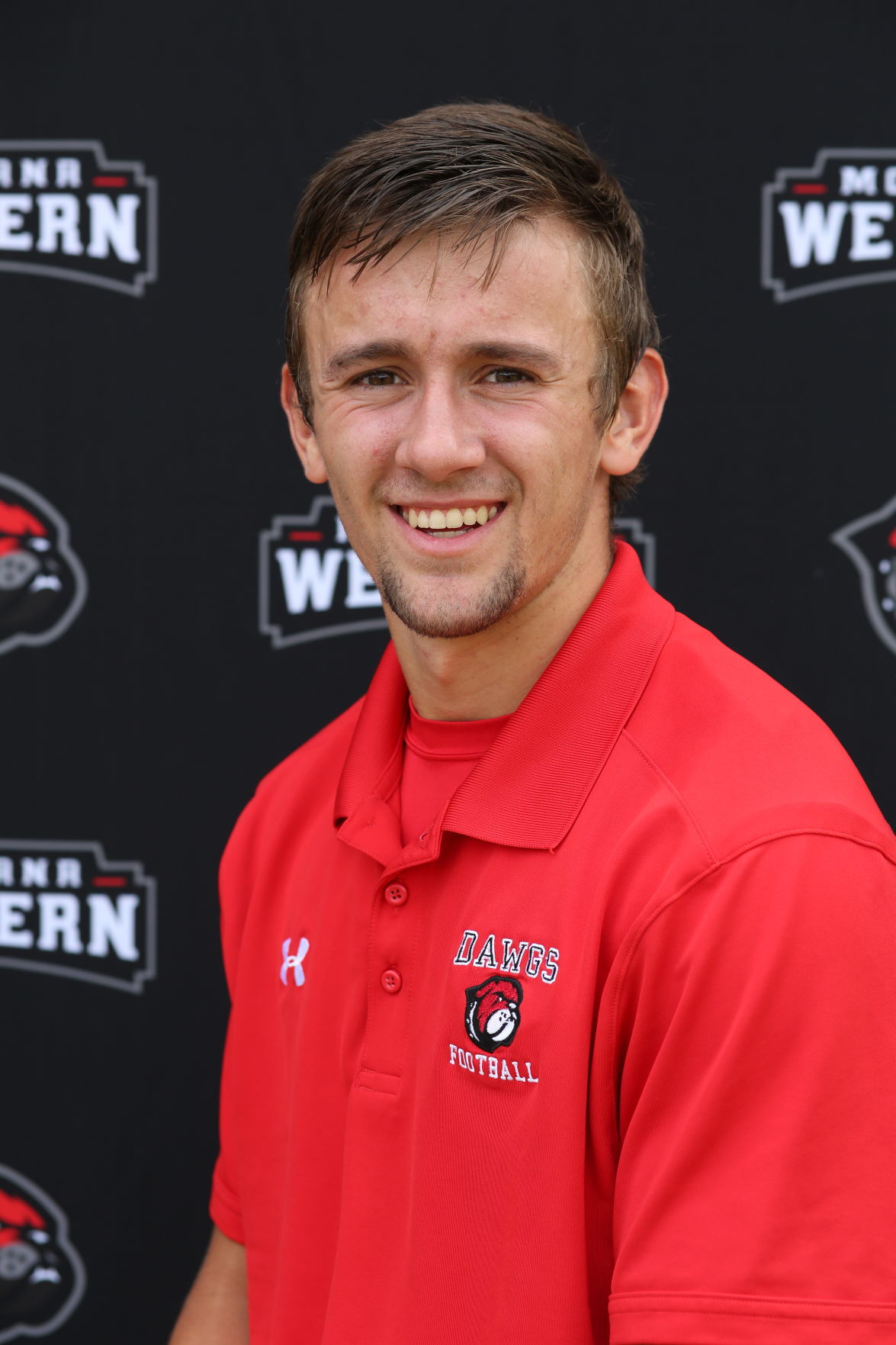 Dylan Pope in the hospital bed on the day of his stem cell donation.

Back in October, Dylan Pope had just wrapped up football practice at Montana Western. He checked his phone. An email surfaced.

For the past several weeks, the 2018 Sugar-Salem graduate had been getting calls from an out-of-state number, but he ignored them. Probably scam calls, he reasoned. Nothing to fret.

When he read the email, he realized he was wrong — for the best reason.

Coordinators from an organization called Be The Match were letting him know that Pope was a potential match for a stem cell donation, which he had signed up for some five months earlier.

Pope could hardly believe it.

The truth is that Pope beat long odds to become a match. Among people registered with the non-profit organization to donate bone marrow or stem cells, only about 1 in 430 become a match, which involves having similarities with the recipient’s gender, ethnic background and more.

His sister, Idaho Falls resident Myriah Pope, has been signed up for years. Officials are still trying to find her a match.

That’s how rare this is.

“Let’s say it was my father that needed stem cells,” Pope said. “I would hope if somebody matched with him that they would be able to donate. That makes it a lot easier when you personalize it that way.”

For medical privacy reasons, Pope can’t discuss lots of this process such as the date of his donation, or even the location. He won’t know the name of his recipient for one calendar year, when doctors can make absolutely sure nothing went awry with the transfer of cells.

What Pope can explain is how this works. Basically, he explained, some blood diseases (like leukemia, sickle cell anemia and lymphoma) develop when stem cells fail to turn into red blood cells, white blood cells and platelets and instead turn into clumps of cancer.

Pope can save his recipient’s life by donating his functioning stem cells before they have a chance to change form, and those cells take the place of the recipient’s and begin developing correctly.

If that sounds confusing or daunting, well, it shouldn’t.

“At first, for sure, it was a little scary,” Pope said. “But talking to my coordinators, they made it sound really not that scary, and it wasn’t.”

Pope kicked off the process in the spring of 2020 when he received a cheek swab kit from Be The Match. He mailed back his results, which the organization determined could turn into a match. Months later, several weeks before the cell transfer, Pope went to a local hospital and got injections that increased the stem cell count in his body.

Then, on the day of the donation, Pope laid in a hospital bed for eight hours while his blood circulated throughout his body. Doctors told Pope they typically only locate one or two stem cells in patients’ bodies, but they identified around 80 in Pope’s. They bagged them up and sent them off.

Just like that, Pope was a stem cell donor.

“It was kind of tiring having all your blood circulated through your body so much,” Pope said. “But it wasn’t too bad. You get a little sore from your injection sites. Definitely something I’d do again.”

Now, Pope feels passionate about getting more people signed up to potentially become matches: His family and friends, teammates and coaches. The more people in the database, the more lives saved.

In part, it’s important to Pope because numbers are fairly low, especially among minorities. White people make up 77 percent of the registry, he said, and 70 percent of those people find a match at some point.

“The rest are down in the single digits,” Pope said, “just because there’s not as much participation in them.”

Pope worked with Be The Match to create a text service to sign up. You can text “Bulldogs” to 61474, which will shoot back a link to sign up, and that takes about eight minutes.

It’s a simple process, Pope said. He hopes more people find out for themselves.

“It’s really not much to do to save somebody’s life,” Pope said. “So if we get one other donator, it was all worth it.”

To sign up with Be The Match, text “Bulldogs” to 61474, which will send a link to sign up, which takes about eight minutes.