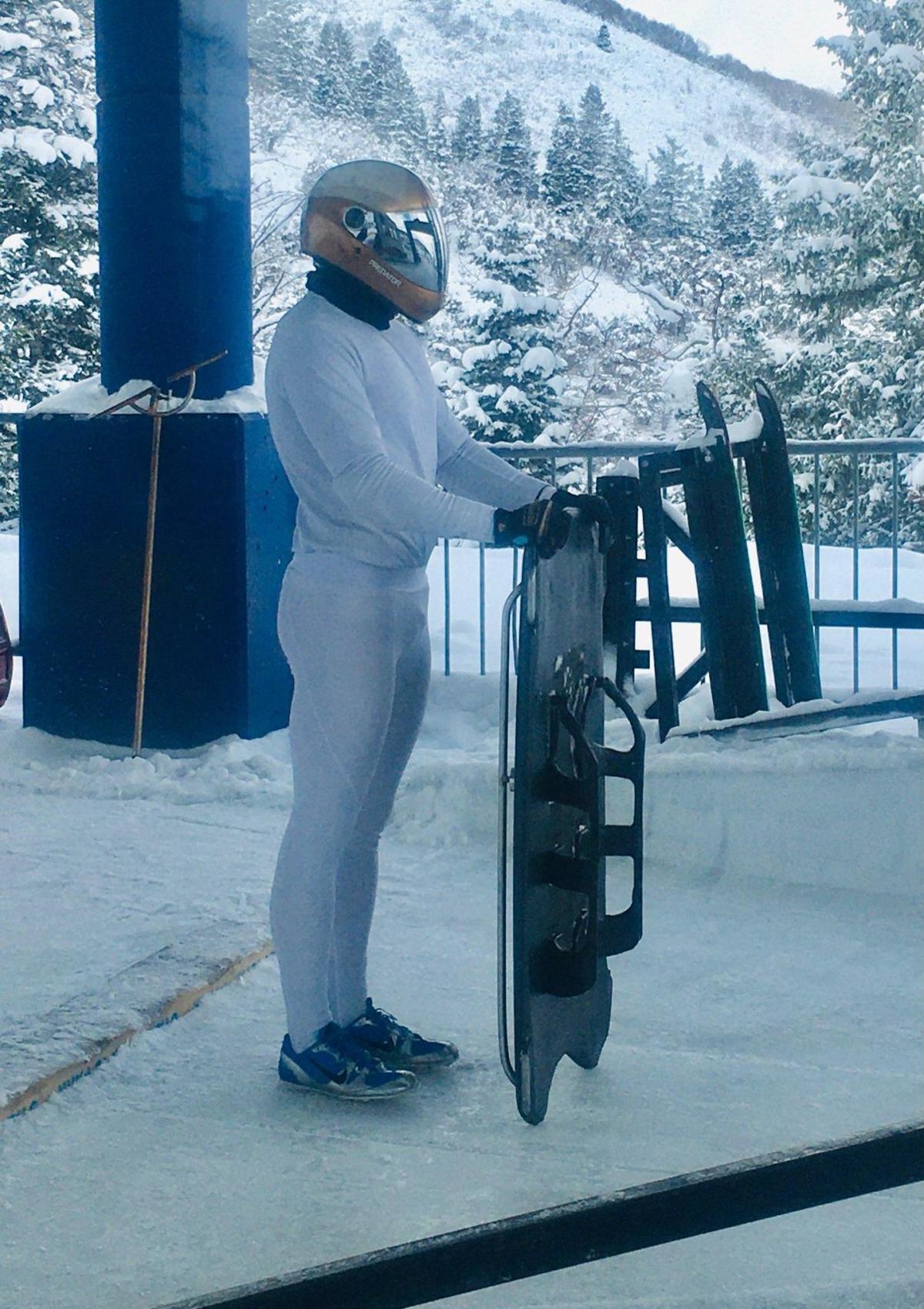 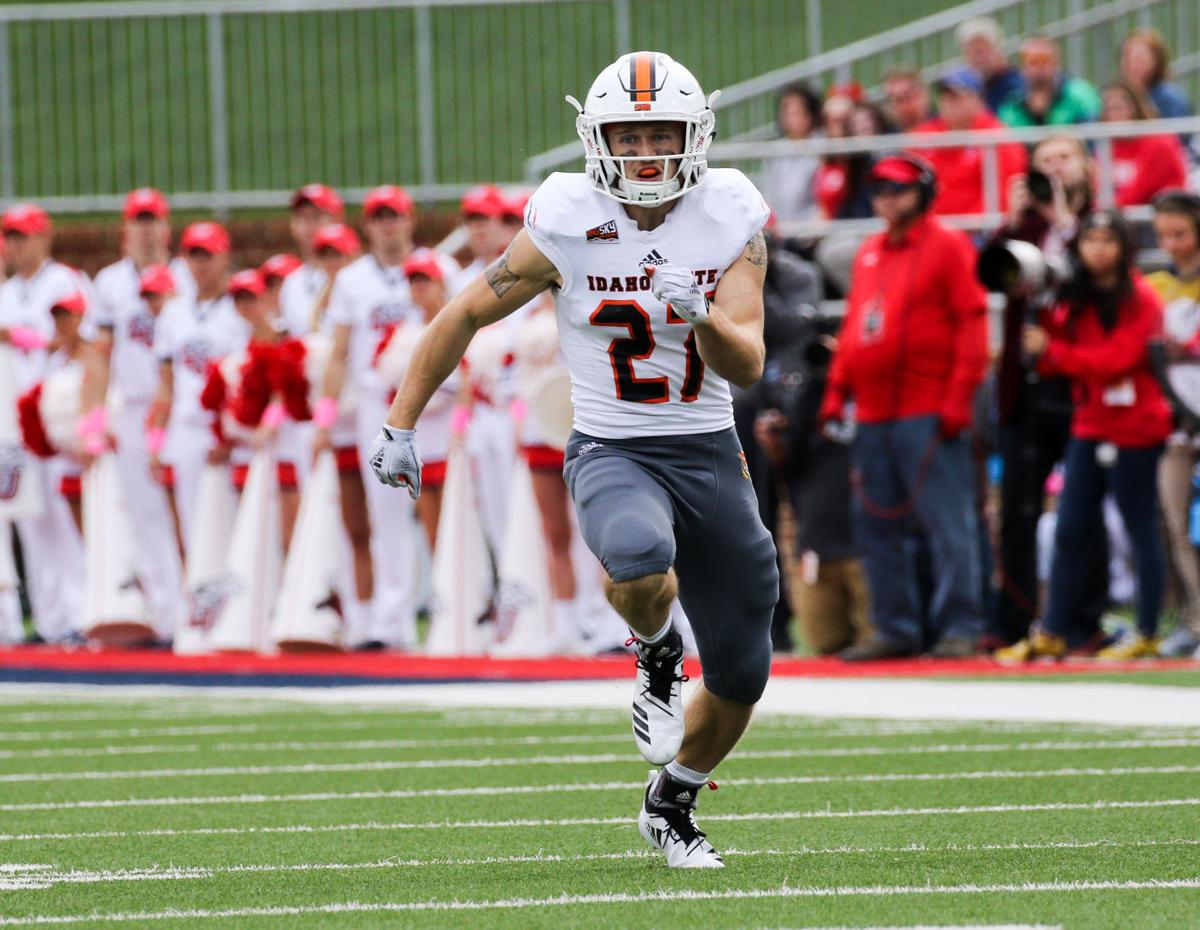 Idaho State’s Andy Whittier runs down the field during a game Oct. 20, 2018 at Liberty in Lynchburg, Virginia.

Idaho State’s Andy Whittier runs down the field during a game Oct. 20, 2018 at Liberty in Lynchburg, Virginia.

As he speeds down the chute at 80 miles an hour, his chin three inches off the ice, the g-forces pushing his head down and blurring the walls, Andy Whittier has just one thought in his head.

It’s a mantra that was drilled into him by secondary coach Kam Yancy during Whittier’s days as a defensive back for the Idaho State football team.

The mindset helped Whittier go from being a walk-on at Idaho State to an all-Big Sky Conference special teams player, and he’s embraced it even further in his next athletic pursuit — trying out for the United States national development team in skeleton.

Skeleton is one of a class of winter sports that slips briefly into American sports fans’ consciousness every four years during the Winter Olympics. Athletes lie on their stomach on a small sled — it looks like they stole a cookie sheet from the kitchen to hit the local hill but then added handles and runners — and fling themselves down a twisting, ice-covered track.

“It’s just something else,” Whittier said. “You go down, you’re two or three inches off the ice, and it’s just down. Once you go, you’re not stopping until you get to the finish. So you have to set your mind to it and be like, alright, for the next 50 seconds to one minute, I’m locked in on what I’m doing right now.

“You’re only on the track for about 55 seconds to a minute, and that seems about like 15 seconds.”

Two years ago, Whittier had barely heard of skeleton. Two weeks ago, he’d never tried it.

But for the last two weeks, the former Bengal has been in Park City, Utah — the home of the U.S. winter sports program and the location of one of the few skeleton tracks in the country — getting introduced to the sport at a U.S. national team development camp.

Skeleton athletes are made, not born. There are no high school or college programs, and unless you’re from Park City or Lake Placid, New York — the only two places in the country with a track — there’s no way you grew up doing it.

So, instead of selecting the top athletes in that sport, like it would in basketball or skiing, the U.S. national team’s best bet is recruit athletes from other sports and teach them the rules of the game.

That’s because a lot of success in skeleton (and bobsled and luge) comes not from intricate technique or from natural talent, but from the speed produced during a running start at the top of the track.

Start off going fast, and you’ll probably be going fast at the end, too.

“They wanted to see explosiveness and power along with speed and quickness, just because that’s what a lot of this is,” Whittier said.

Former NFL running back Herschel Walker is probably the most famous athlete to give bobsled a shot. U.S Olympic sprinters Lolo Jones and Lauryn Williams did as well, winning silver medals in the sport in 2014.

But the U.S. isn’t just looking for famous athletes. As long as someone puts up the right numbers in athletic testing, they’ve got a shot — even an unheralded former FCS walk-on from Pocatello.

Whittier considered quitting football after two years at ISU to focus on his studies. At the time, he was still a walk-on, working shifts at a local restaurant to make ends meet and support his single mother. Eventually, he was able to earn a half-scholarship and keep playing.

The experience helped show him the truth in what Yancy was saying — things weren’t always going to be easy or work out perfectly, but he could fight through them and turn being uncomfortable to his advantage.

After ending his ISU career in 2018 with a third-team all-Big Sky nod for his special-teams play, Whittier had a few tryouts with CFL teams, but never made a roster.

He had started a job working for ISU Credit Union, but realized that, after almost losing it so many times — after high school, midway through his ISU career, and then again after college — he still wasn’t ready for his athletic career to be over.

“I wanted to end it on my terms,” Whittier said. “I stayed in shape, just because I do it for my mental fortitude, and then just looked for ways to stay athletic and keep competing.”

He found one in the announcement of this year’s U.S. bobsled/skeleton combine. Just like the NFL combine, athletes go through various exercises — 40-yard dash, vertical jump, bench press — designed to show their explosiveness and strength.

For Whittier, who held the ISU program record for vertical jump by a cornerback when his career ended — 41.75 inches — it was the perfect showcase.

He sent in his tapes (the combine, like everything else this year, was virtual) in late September, and heard back a few days later.

“I was honestly stoked, more than thrilled to be able to continue this process,” Whittier said. “I had only told a couple of my close friends and family members about what I was doing, just because I didn’t want to get a lot of people’s hopes up, and to receive that email, I just knew I was taking the step in the right direction as far as trying to make the development team and hopefully carry this on into the future.”

Along with six other athletes, he was brought in for a developmental camp in early November. With him were athletes from Georgia, Chicago, California, Wisconsin, even a former Weber State sprinter — showing just how wide the U.S. team cast its net.

For their first run, they started on Turn 6 rather than going from the top, but still, none of the group had any idea what to expect.

Whittier stepped up to go first.

“The first time was pretty crazy,” Whittier said. “So the mindset is just full send. ... I don’t know how many other times in your life you’re three inches off the ice, sliding 75, 80 miles an hour, and think you’re going to be comfortable doing it. So that mindset of a little bit of a craziness, but being comfortable being uncomfortable, is where it’s going to be at.”

So far, that mindset has worked out well for Whittier. He’s already been invited back to another two-week camp in Park City that starts Nov. 30.

Spots on the team are limited, and if Whittier doesn’t make the team (or even if he does — most sliding athletes still have other jobs), it’s not like he can turn it into a career.

But it’s given him another chance to chase his dreams, and Whittier, as he did at Idaho State, has taken it with no regrets.

“Absolutely that (it’s a long shot) crosses your mind, but I always think back,” Whittier said. “If I never try, I’ll never know, and that’s not something I want to be able to tell my family members or my kids or my nieces and nephews someday.

“I’ll take any amount of odds stacked against me any day. All I need is 1% or less to get going.”