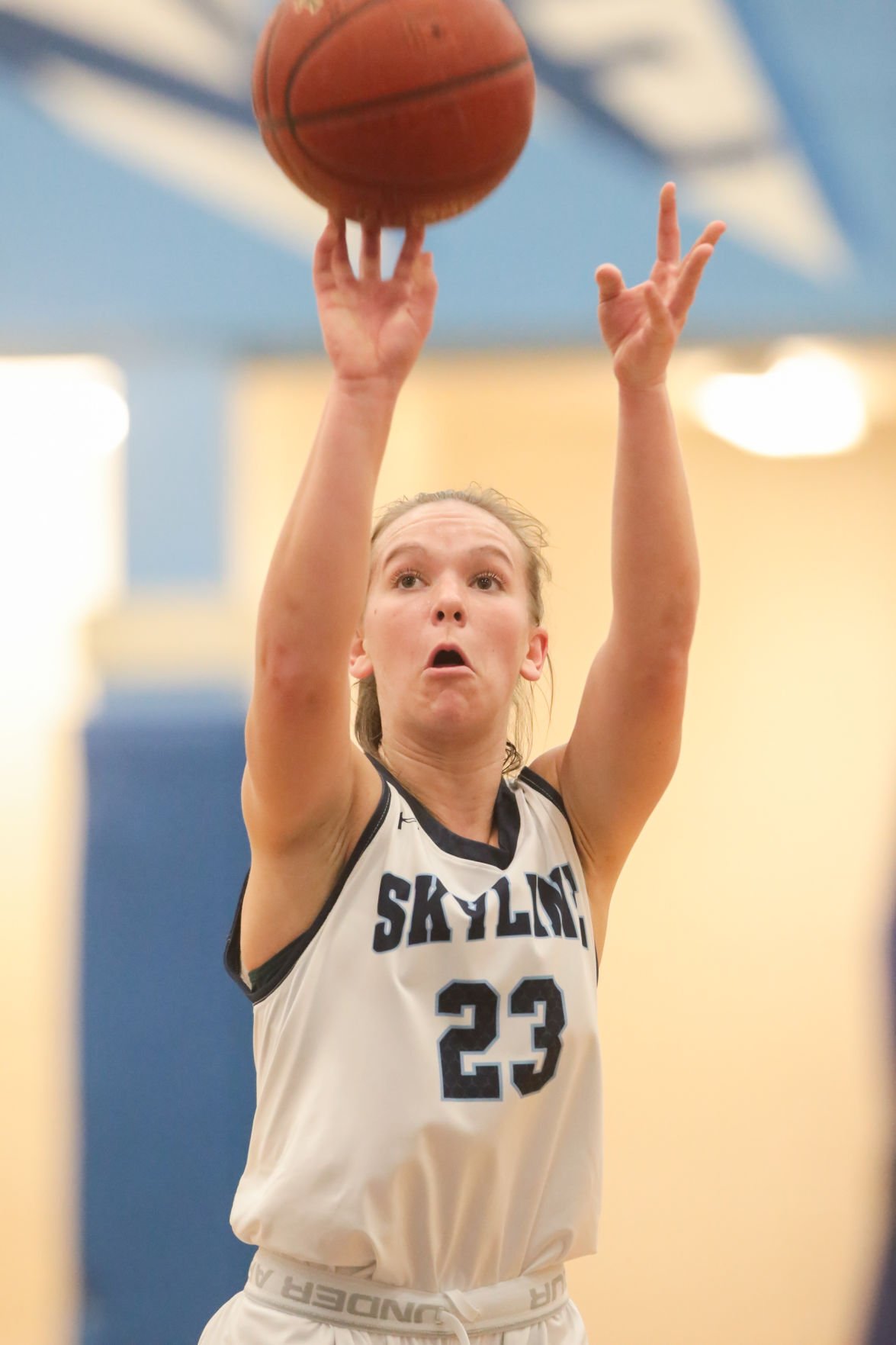 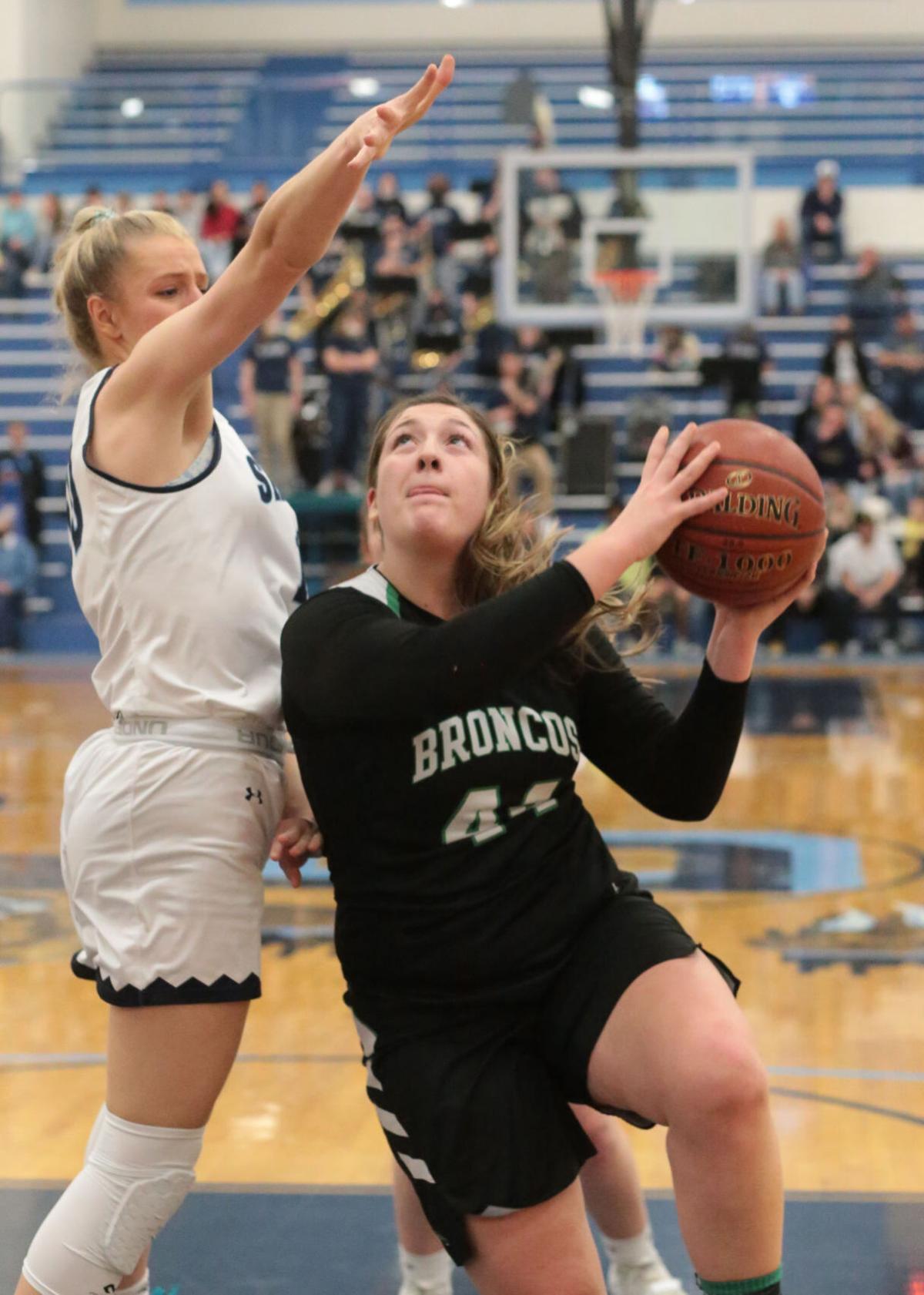 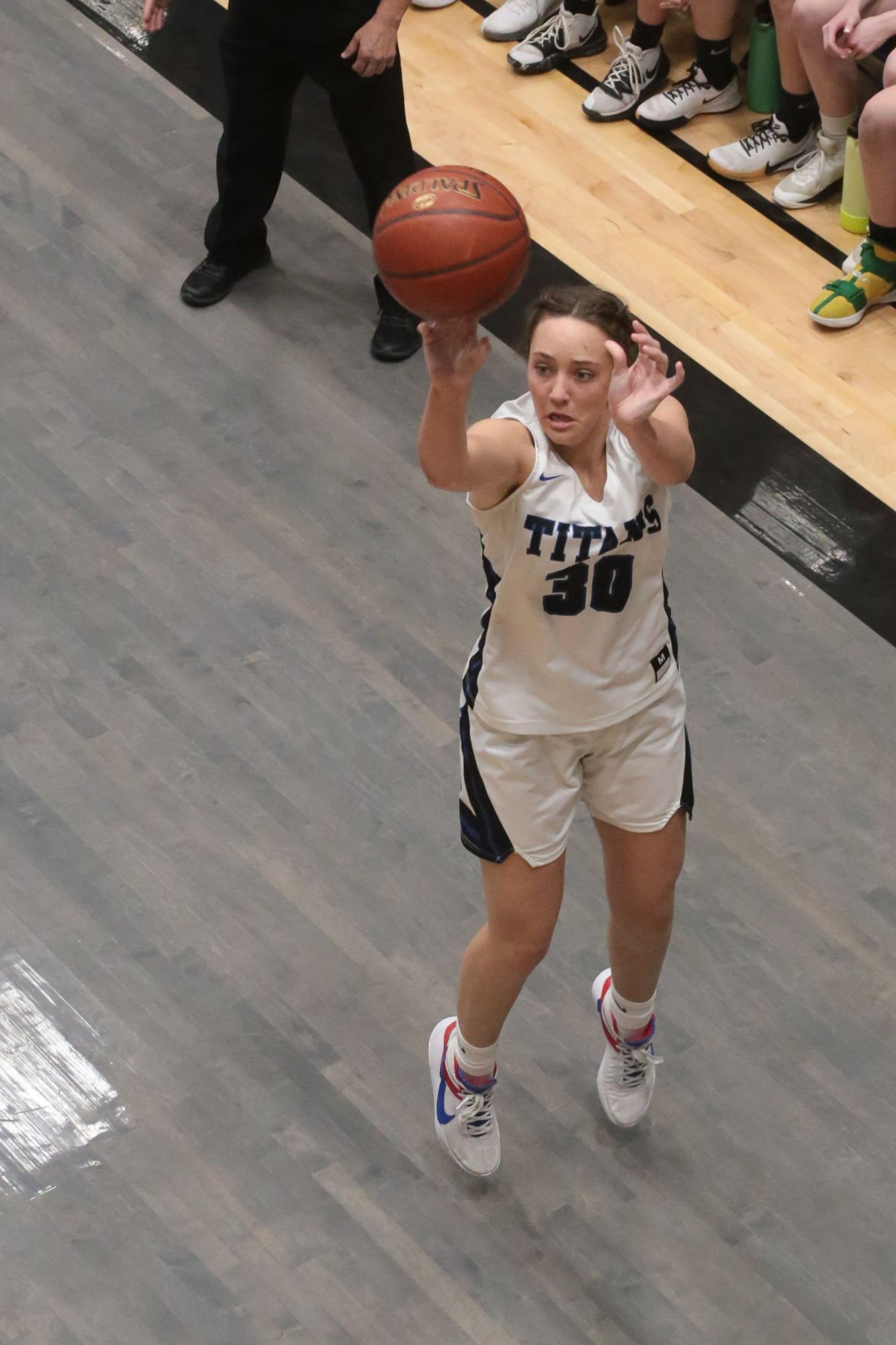 Thunder Ridge's Lauren Davenport gets off a shot against Bonneville during a game this season. 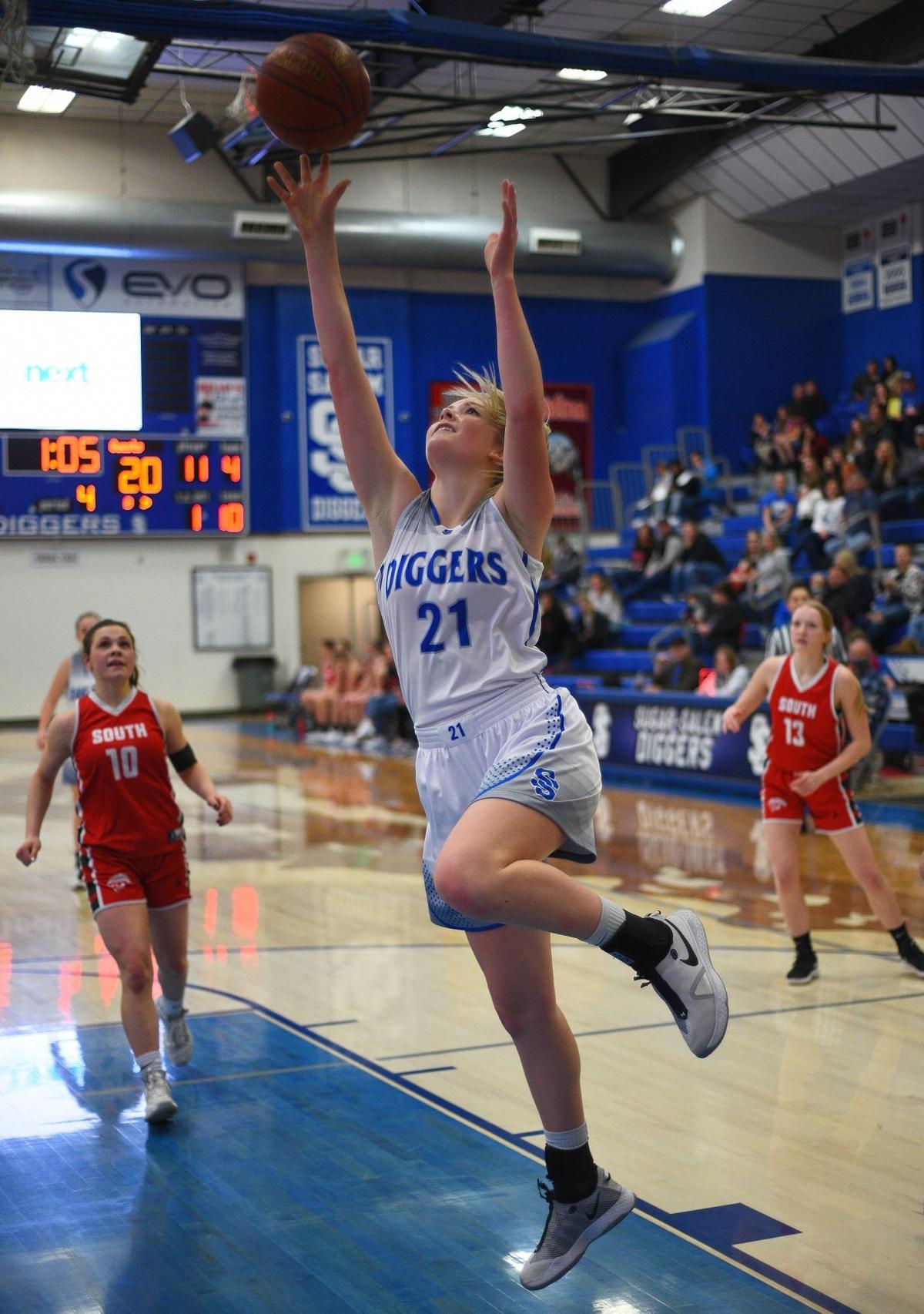 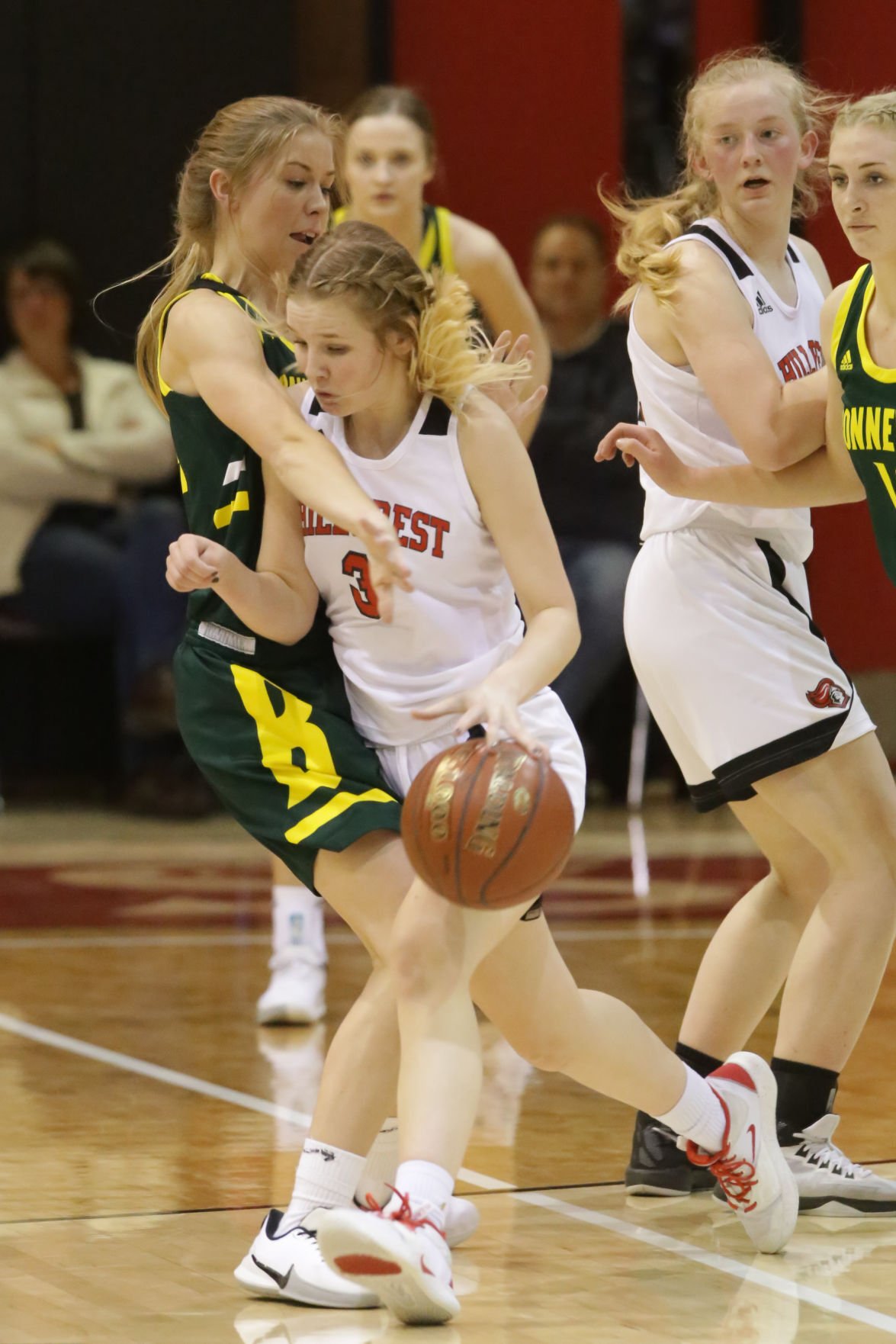 Thunder Ridge's Lauren Davenport gets off a shot against Bonneville during a game this season.

Mattie Olson, jr. G, SkylineThe player: Only a junior, Olson developed into one of the best scorers in the state this season. She averaged 20.6 points per game on 45% shooting, leading the Grizzlies to a 4A District 6 tournament title and into the state tournament for the first time since 2007. There, Skyline won the consolation title, in large part because Olson recorded scoring outings of 13 points, 20 points and 23 points. Keep an eye on Olson next year — she’ll be one of the very best players in Idaho.

What coaches said: “She’s a great shooter. She hit shots. But she’s very quick to get to the basket. Even though she’s undersized a little bit, she’s very good around the basket, getting layups and jump stops. I think that’s probably the thing that impresses me the most — her skill and moves around the basket.” — Bonneville coach Andy Trane

Macy Larsen, jr. G, HillcrestThe player: If Olson is the best scorer in District 6, Larsen is likely the second-best. The junior guard averaged 18 points, 5.3 rebounds and 4 assists per game this season, which made her a dynamic scorer and an effective distributor. Larsen set a number of Hillcrest records this season: Points in a single game (41), three-pointers in a single game (7) and consecutive free throws made (28). The Knights failed to make an appearance at state, falling in districts, but they might not have gotten even that far without the all-around contributions from their junior guard.

What coaches said: “She’s a scorer. She knows how to score…. She did some amazing things this year. Was able to score points, was able to keep her game in some pretty close games. Even taking third place in districts and making a deep run into the district tournament. I felt like a lot of that was because she plays she way she does.” — Skyline coach Ty Keck

The player: If you watched Davenport play this season, it was easy to tell why she’s signed to play at Boston University. For one, she averaged a team-best 12.2 points per game and pulled down 4.6 rebounds per game, but she also gave the Titans the scoring punch they needed to take second place at the 5A state tournament, the third-year program’s first appearance at state.

Mardee Fillmore, sr. F, Sugar-SalemThe player: If you want to understand how Sugar-Salem rolled through the regular season and earned a sixth-straight appearance at the 3A state tournament, meet Fillmore. A senior signed to play at Utah State Eastern, Fillmore averaged 11.4 points and 7 rebounds per game for the Diggers, who fell to Timberlake in the 3A state title game. Still, Fillmore propelled her team all season, which is a big reason why she has extended her career to the collegiate level.

Hadley Humpherys, jr. F, BlackfootThe player: The interior anchor for an upstart Blackfoot squad, Humpherys controlled things around the basket — on both ends of the floor. She scored 12 points per game, snared 10.7 rebounds per game and shot an efficient 52.3% from the floor, which helped the Broncos rebound from a rough start to the season and top Century in the 4A state championship game in Nampa. The Broncos’ opponents made a concerted effort to limit Humpherys’ production, but seldom were they successful, in large part because she commanded so much attention on the block.

What coaches said: “She’s a stout girl. She’s strong — very, very strong. We try to tell our kids, ‘Look, she loves to score from the baseline side. You’ve got to take that away. Make her go middle.’ Hadley would set her body up to when she received the ball, they couldn’t stop her. They couldn’t keep her off that baseline.” — Alan Sargent, Hillcrest