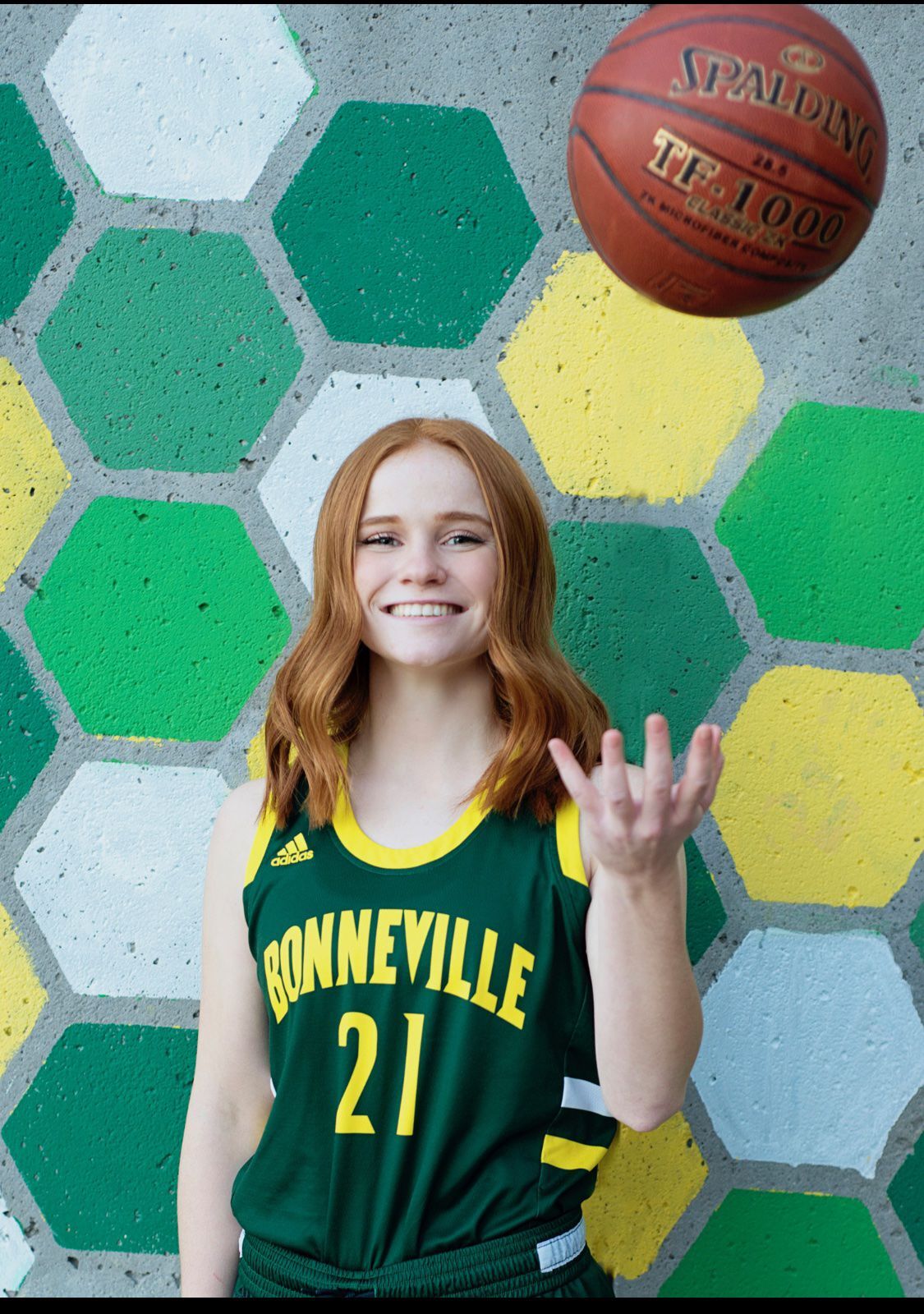 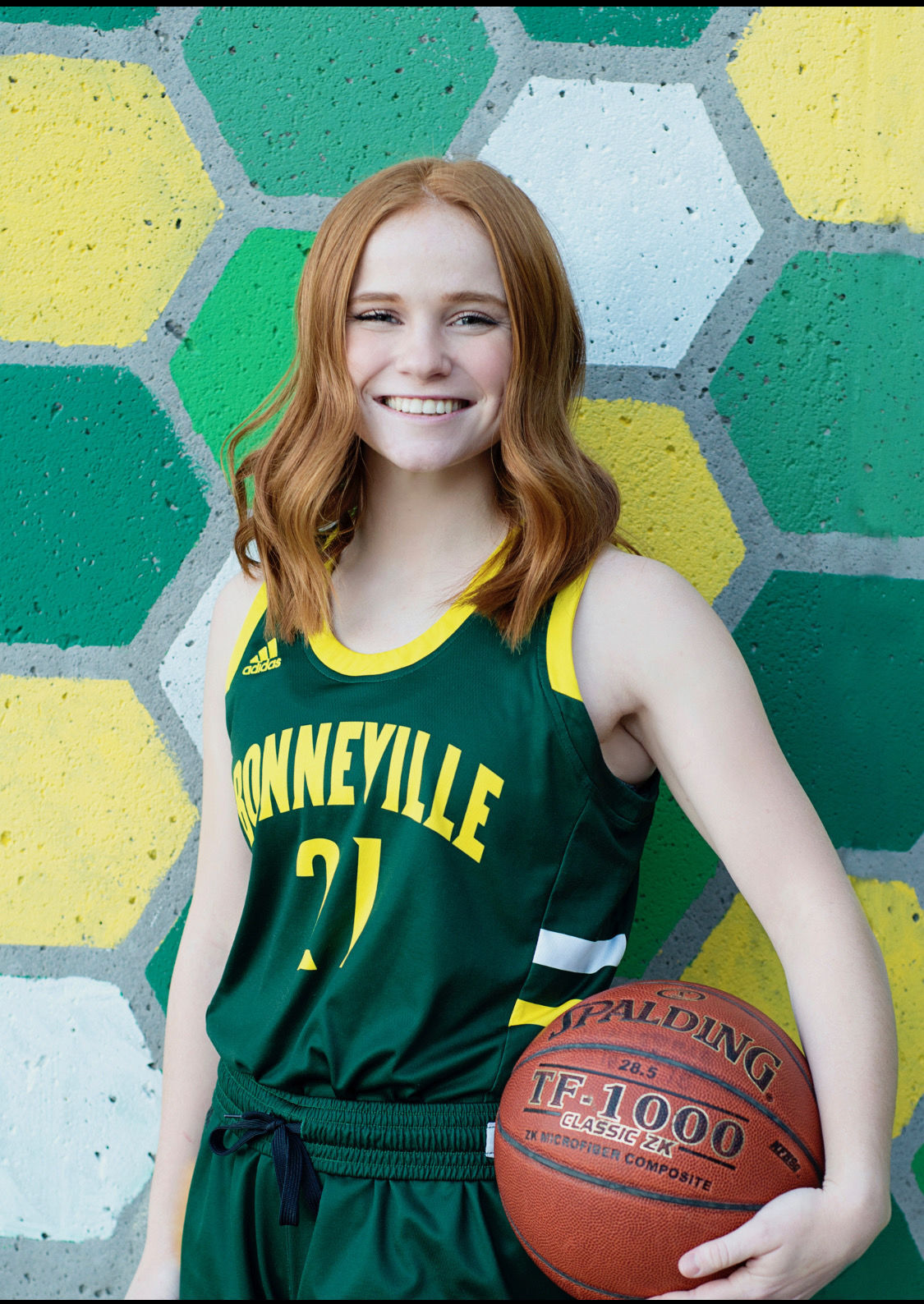 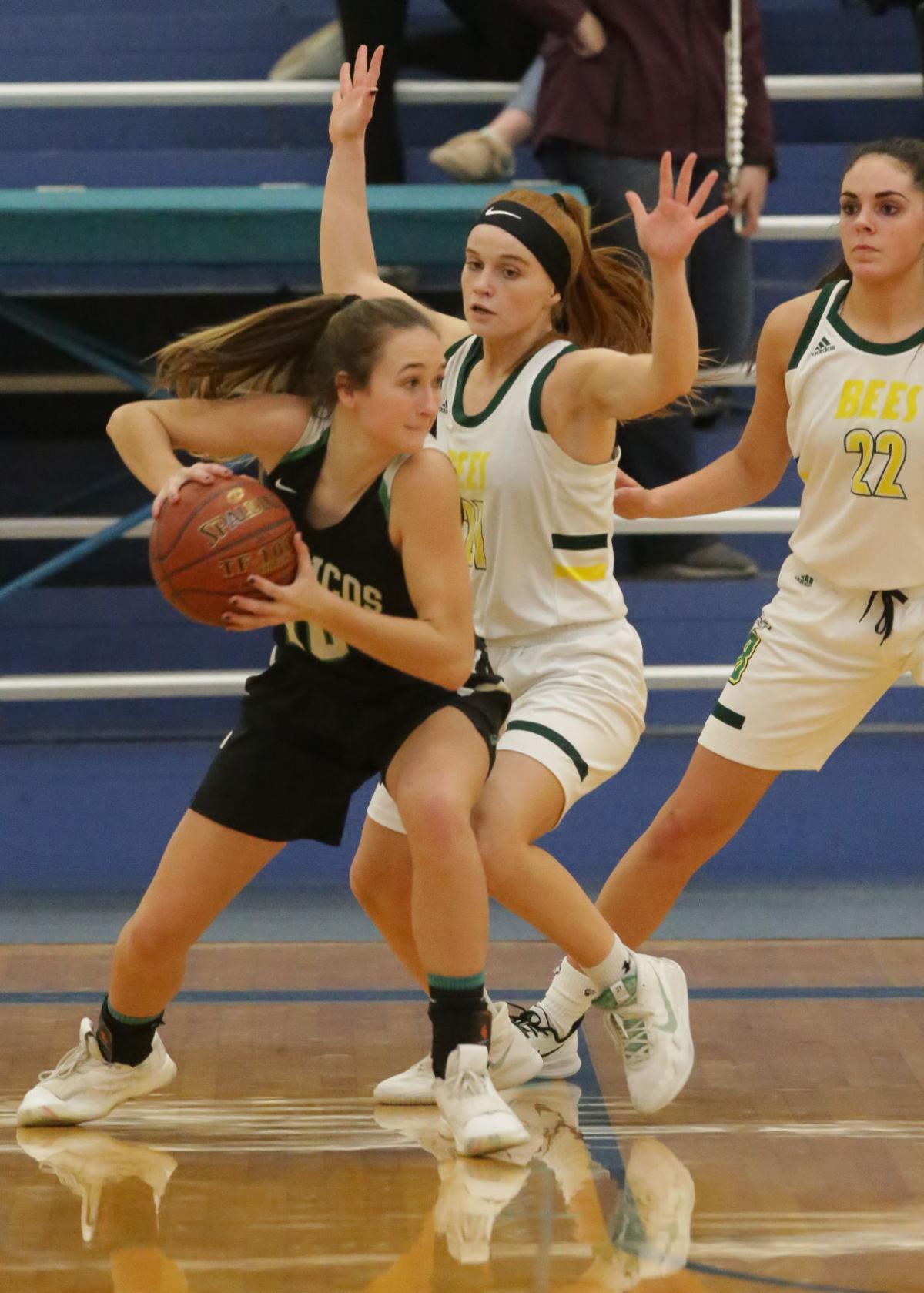 Sometimes, the pressure weighs on Sydnee Hunt. It’s a new thing. She feels pressure to play well, she says, to play how she knows how to play, to prove that she can replicate as a senior what she produced as a junior.

It isn’t always a positive thing, though, because her Bonneville team looks so drastically different than it did nine months ago. Last season, Hunt played alongside nine seniors. Together, they piled up a 27-0 record and a 4A state championship, securing the program’s first title in more than a decade.

Hunt was a starter on that team. In fact, she was its second-leading scorer. The team may have featured nine seniors, but the junior Hunt was just as valuable, providing timely scoring and sharp defense. It amounted to a championship.

“Cloud 9. It was amazing,” Hunt said with a wide grin. “Our energy was always so high. We just trusted each other on the court so much, and the team chemistry was unmatchable. I have never experienced anything like that.”

The intriguing part for Hunt is that she can say the same thing about this year’s team, which returns exactly zero varsity experience outside of Hunt. She isn’t the only senior — there are three others — but she’s the only one who has played varsity basketball, which makes her a leader by default. All those seniors are gone. “Now, this year, I feel like I’m the person,” Hunt said.

Here is where the pressure seeps in. Those around the area know last season, the Bees delivered a perfect season. Almost everyone who made that possible has departed, though, including head coach Ryan Erikson. Can their only returner take this team back to state, or at least somewhere close?

The answer isn’t so simple. Hunt feels anxiety when she tries to find it. That leads to frustration, to mistakes, to a different version of the orange-haired guard her teammates gush over.

That Hunt has found ways to average 13 points, five rebounds, three assists and three steals — while remaining positive and encouraging, confident and kind — on such a green Bonneville team may reveal the kind of teammate she is.

“Sydnee is an all-around amazing person,” said junior Talia Trane, daughter of first-year head coach Andy Trane. “You can tell that she cares about everyone on the basketball team, not only on the court but off the court as well. She’s nice to us at school and talks to us and tries to be our friend and get to know us. As a basketball player, she’s just super positive. I think she brings a really good energy to the team that helps us do better, because she lifts us up instead of being down or negative, when we haven’t had the best season so far.”

For Hunt, almost everything about this season is new. Her role. Teammates. Practices. Expectations. Opposing defenses. Even her head coach. The only constant about Bonneville is Hunt, meaning she has taken a leadership role in most of those departments.

Practices are where Hunt feels the changes most. Because previous teams returned so much experience, they spent practices repping plays they already knew. Almost all of this team includes players who played JV ball last season, though, so they dedicate more time to learning sets and drilling fundamentals.

Last year’s team, Hunt estimates, had 40 plays in its repertoire. This one has “a handful.”

“There’s a lot more learning and getting to know each other,” Hunt said.

The latter isn’t a challenge, she says, but it is something she had to do. Being friends is one thing. Building rapport as teammates is another — particularly when learning the basics.

“If you can’t do those things well in a game, it really doesn’t matter what you’re trying to run or execute. It just doesn’t come together,” said Andy Trane, whose team entered Thursday’s game with a 3-7 record. “That’s been one of our challenges this year.”

Hunt may be the star, but her teammates play meaningful roles, especially as opponents recognize the game plan. It’s hiding in plain sight. On offense, run things through Hunt, let her be aggressive, especially in crunch time.

Problems surface when the plan grows one-dimensional. For example, when Bonneville visited Hillcrest on Dec. 11, Hunt was on. In the first half, she tallied 12 points, including a sequence where she splashed a long ball, then poked away a steal, raced the other way and finished through contact.

Fifteen minutes later, everything changed. Hillcrest realized Hunt was keeping Bonneville in the game. The Knights started hounding her, defenders abandoning their zone defense to press up on Hunt and force others to beat them. Bonneville lost, in part, because Hunt went scoreless in the second half.

The good news for the Bees is that this cuts both ways. On Wednesday, Bonneville topped Minico because freshman Kaylie Kofe posted a career-high 18 points, Trane posted 16 and Mia Sorensen added 12. For her part, Hunt scored 15 points, but these are the kinds of outings that give Hunt and Co. confidence they can make opponents pay for their impudence toward Hunt’s teammates.

For that, the team can thank Hunt, at least to some degree. Coaches and teammates rave about Hunt’s positive attitude, her emphasis on praising teammates when they do something well, her determination to lead by example, in games and in practice.

“Which is very vital, because we need it as much as we can,” Sorensen said of Hunt, who has turned down offers from Oregon four-year schools to play at a yet-to-be-decided junior college and get on the court faster. “She’s also really confident on the court, which is very helpful also, because a lot of us aren’t confident with our shooting, and we know if we need a shot to go up, we can always depend on her to give it her best — and be pretty accurate with it.”

Most times, she is. At others, she isn’t, but that’s where her teammates come in.

Whether that’s enough to propel Bonneville to another state tournament appearance remains to be seen. The Bees will have to turn things around in a big way. Hunt admits she feels pressure to accomplish just that, but she also says she finds ways to manage it, focusing on little victories. Those, she’s learning, can lead to bigger ones — whatever they look like.