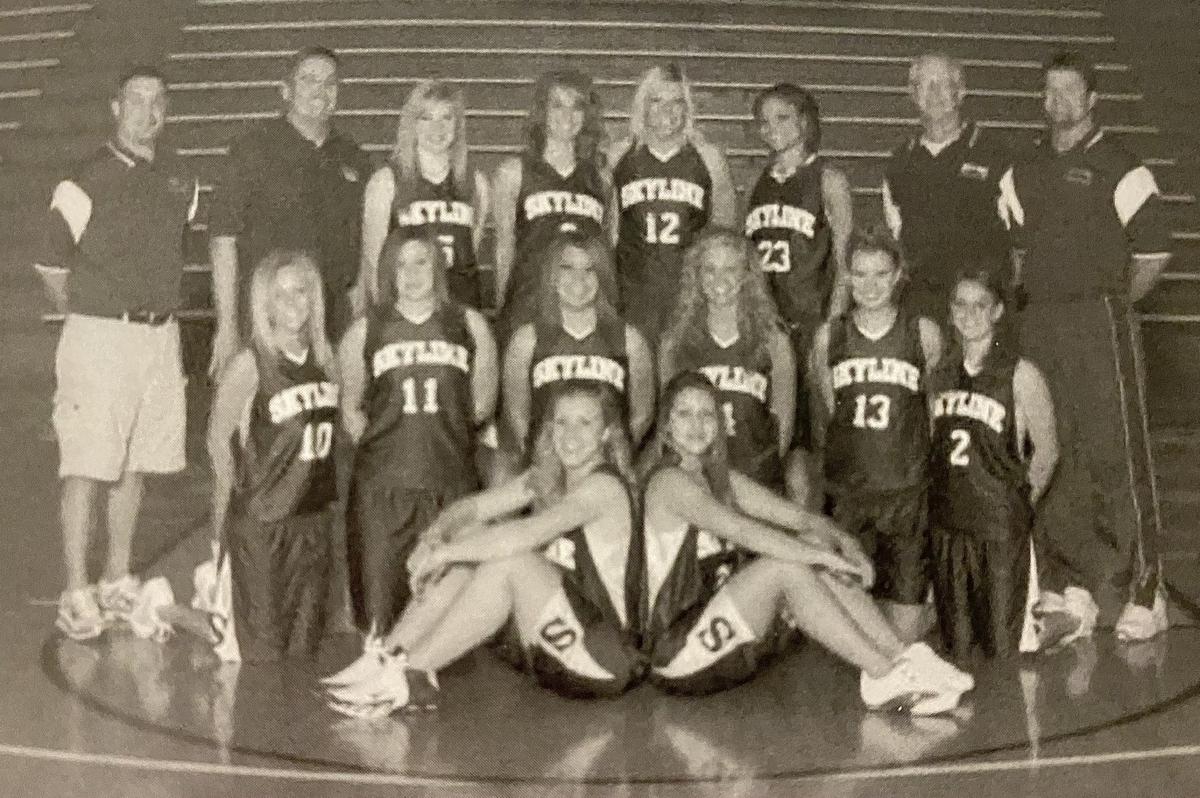 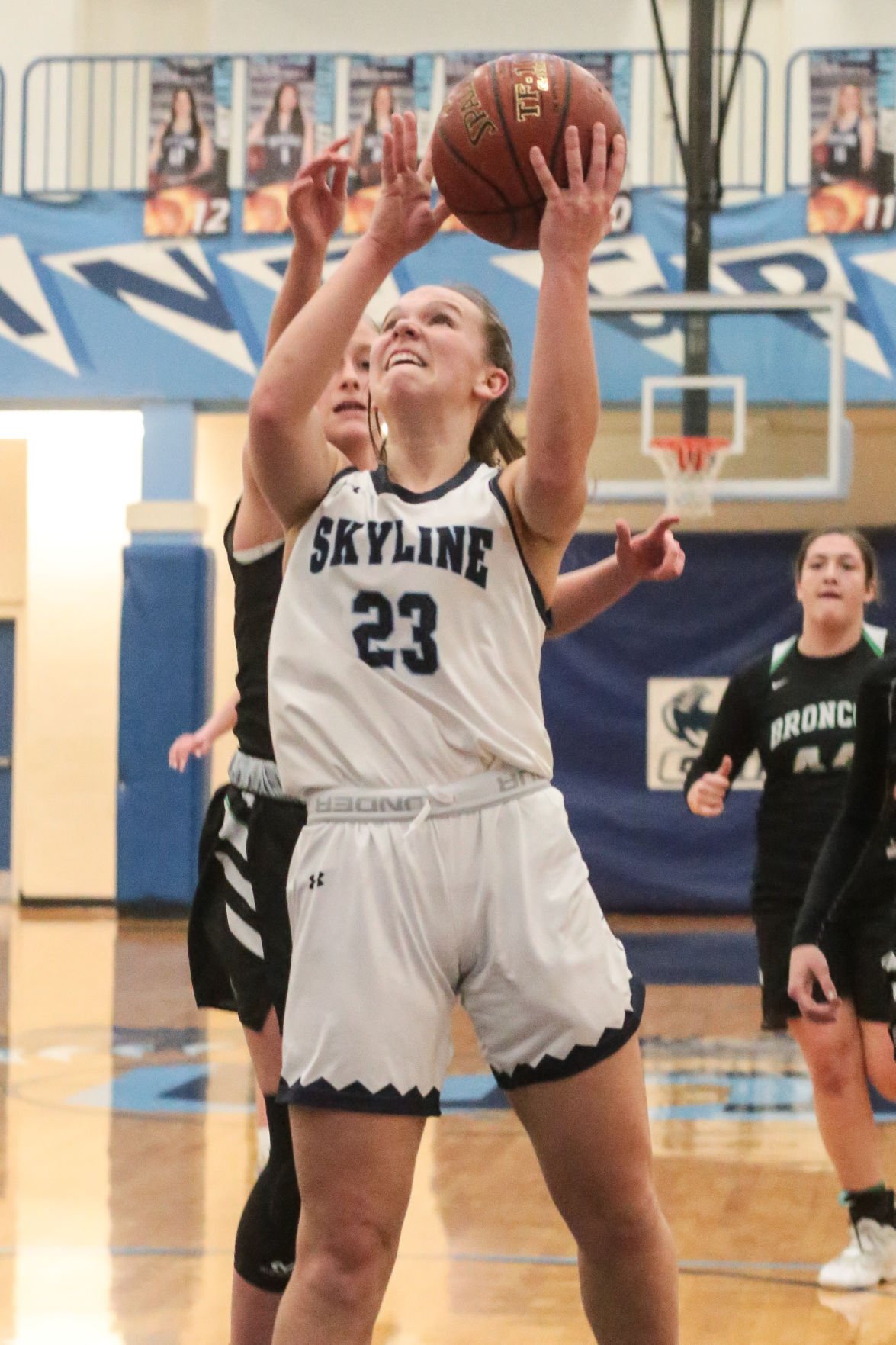 Demi Miller can still remember the pressure, the magnitude, even the cow blimp that dropped coupons for ice cream around the stands at Nampa’s Idaho Center. Fourteen years have passed since her Skyline team earned this trip to state in 2007, but the gravity of the Grizzlies’ accomplishment sticks with her half a lifetime later.

She walked onto the court for Skyline’s opener against Vallivue, gazing at the packed stands.

We’re the players, she thought. Not the spectators.

To be sure, that was nothing new for this Skyline team. It was the Grizzlies’ second straight trip to state, which stands as a program record. Still, for a team that featured eight seniors who were more friends than teammates, it represented the kind of achievement that left them marveling at the specter of the thing.

“It was such a rush,” Miller said. “Us being from Idaho Falls, coming to the big town of Boise, playing up against these girls, it was fun.”

Skyline didn’t capture what it came for. The Grizzlies fell to the Falcons — fueled by what head coach Marco Martin called a “shocker” game from a Vallivue guard who canned seven 3-pointers — before tripping up against Centennial in the loser’s bracket. They went home without hardware.

That matters today because now, Skyline is headed back to state for the first time since that 2007 season.

It amounts to a giant sigh of relief for Grizzlies past and present. Times have certainly changed since then. Ty Keck, whose team has moved from 5A to 4A, mans the head coach spot. He commandeers a roster led by star guard Mattie Olson and a supporting cast that defends, rebounds and spaces the floor in ways its predecessors have not.

Skyline will open against Blackfoot, set for 5 p.m. Thursday in Meridian.

It will be the teams’ sixth meeting of the season and fourth in the last two weeks, a pattern that Keck has never experienced — as a player or coach. It offers a level of familiarity, he said, in a way he hopes will calm his players’ nerves on a stage they have never sniffed.

Perhaps the last Grizzlies to do so can offer some advice.

Martin, whose last season as head coach came in 2009, might advise Skyline to mind Blackfoot’s outside shooting. That’s what sunk his Grizzlies. These Broncos do have a couple shooters who can lace it, but they don’t exactly change the geometry of the court.

Yet Martin thought the same of Vallivue. The Falcons sizzled at the right time. Sometimes, that’s enough to beat teams.

“It kind of deflated us,” Martin said. “We had a really nice group, and it was just kind of a shocker, because she hadn’t done that the whole season. So it kind of sent us into a tailspin.”

“I don’t remember it being that many,” said Keisha Fisher, then a senior who is now Thunder Ridge’s head volleyball coach, “but I think she did go off.”

Still, Skyline enjoyed its short stay in Nampa because its players were so close. Courtney Johnson remembers that during one of the team’s first practices before the season, Fisher sprained her ankle trying to dunk. They hung out off the court, bonding and going to football games and spending time in ways seniors of 2021 might laugh at.

“I didn’t have a cell phone until my junior year,” Johnson said with a laugh.

That these Grizzlies are back in Nampa is a welcome respite to everyone who feels invested in the program’s success.

The challenge will begin in rather strange ways. Skyline and Blackfoot met three times in the district tournament alone. The Grizzlies secured a 2-1 record, including in the de facto championship game Thursday. The Broncos punched their ticket with a win in the play-in game.

Plus, Keck said, this matchup feels more like a state semifinal than an opener. The teams are two of the best in 4A, most obviously, and they’re so familiar with each other that there aren’t many new wrinkles either side can unveil in their sixth clash. There are small things. Nothing profound. The fodder of state title games.

“This is basically an NBA series," a Grizzly recently joked at practice.

“There’s some truth to that,” Keck said with a chuckle. “The thing that’s hardest for me is that, the third time you see somebody, you know what they like to do. ‘Here’s some things that we can throw at you that’ll be a little different.’

“And when you go to see a team a sixth time, you’re like, ‘You know, you might throw a couple things at us, but we know your tendencies, you know our tendencies.’ It’s really, to me, just going to be the team that shows up and plays together the best 32 minutes. There’s not going to be any huge surprises.”

Consider the season series and you realize what Keck means. The teams split the two regular-season meetings, but Skyline won the next two games, including in the district semis when Olson drained a game-winner at the buzzer. Then the Broncos topped the Grizzlies in the next round of the tournament, forcing each team to play one more district game.

Which leads us here.

Blackfoot enjoys benefits Skyline does not. The Broncos are making their third straight trip to state. Head coach Raimee Odum has authored a sparkling first season.

Skyline will need to find ways to parry experience with talent. The Grizzlies have a lot of it. Olson sets everything into orbit, but Drew and Taryn Chapman space the floor with perimeter shooting, Sophie Anderson controls things underneath and Sienna Taylor provides bench scoring that makes Skyline hard to figure.

They have bigger goals in mind, namely the team’s first state championship, but the point remains. These Grizzlies have breathed new life into the program. The ones who laid the foundation smile as they watch.

“I’m hope that they can bring it back,” Miller said. “Make it a school that’s known for sports again.”