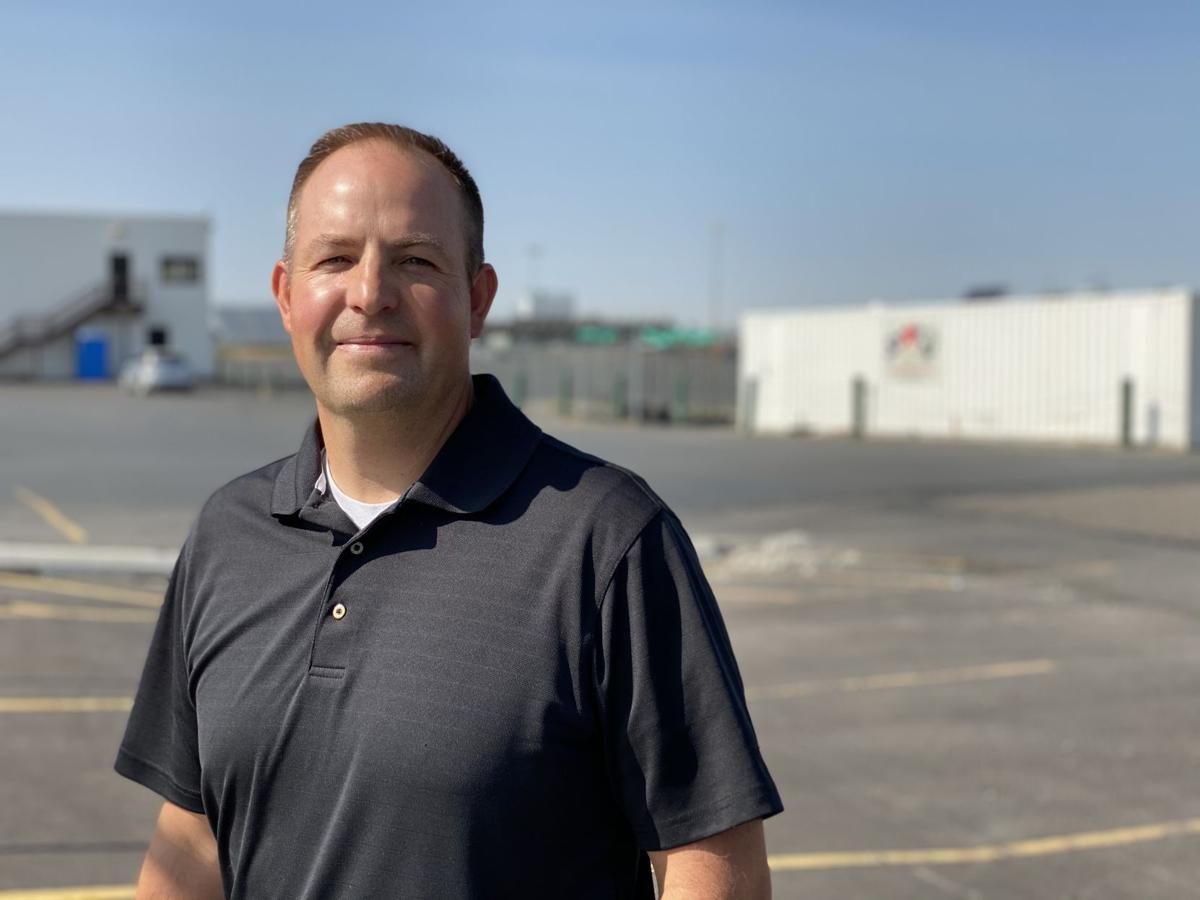 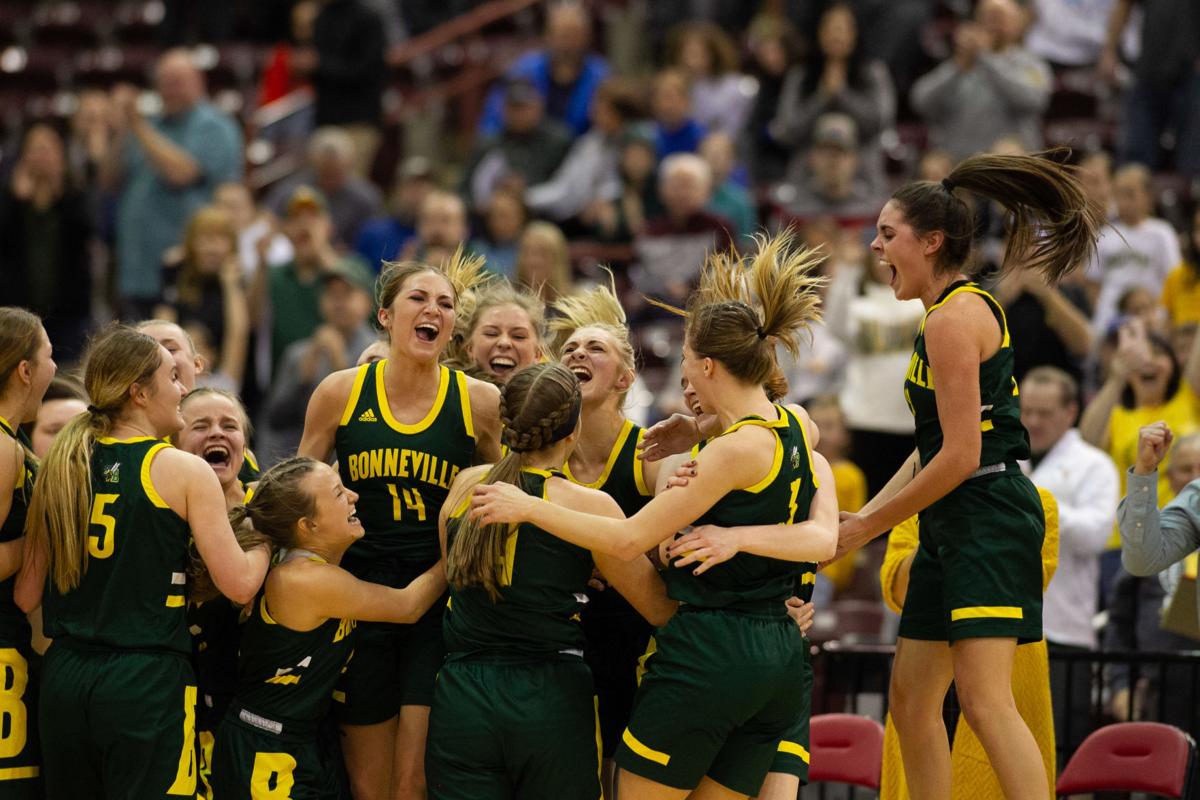 Above: Bonneville players celebrate after winning the 4A state championship last season.

Above: Bonneville players celebrate after winning the 4A state championship last season.

Andy Trane doesn’t shy away from any of it. Bonneville’s new interim girls basketball coach acknowledges that the circumstances around his hiring are far from normal. Not only is he replacing a coach who led the Bees to an undefeated state title last season, but he also hasn’t coached at the varsity level — ever.

Good luck finding a hint of pessimism in him, though.

“I’m hoping,” Trane said, “that we surprise a lot of people this year.”

Bonneville announced last week that Trane would take over in the interim for Ryan Erikson, Bonneville’s 2019 coach who led the team to a 27-0 record and a 4A state title. Trane, who worked as an assistant on Bonneville’s junior varsity team in 2018 and then coached area middle school boys and girls’ traveling teams in 2019, will be his successor.

That, Trane admitted, puts pressure on him. How can he recreate that kind of success, let alone with such a young roster?

“It’s hard to come in after a 27-0 season and state champions, especially with almost a whole new varsity roster,” Trane said. “But I think it’s important to have the kids have good perspective and keep them positive, and have them come out and compete every night.”

Trane wasn’t always supposed to be this year’s head coach. Bonneville originally hired Shawn Messick for the job but due to what Trane called “personal issues” that became a challenge for Messick and his family, he withdrew. That opened the door for Trane to fill the position on an interim basis.

“It came about in kind of a different way,” Trane said, “but I’m super excited for the opportunity.”

There’s a catch, though. Last season’s team featured nine seniors. Even the juniors who saw occasional minutes, like Hunt, took a relative backseat to their elders.

“Last year, I was a filler player,” Hunt said.

This is where Trane’s big challenge kicks in. He will be responsible for recreating, to some extent, a massive amount of success with barely a dash of the experience that made it possible. The program will temper expectations accordingly, of course, but the standard remains lofty.

In response, Trane has diagrammed a style of play that fits his team.

In his own words, he’s a “defensive-minded coach.” He knows Bonneville teams carry a reputation for staunch defense.

“I want that to continue,” Trane said.

Don’t get confused, though. On offense, Trane wants to spread it out. He wants to run, he said, and generate as many shots as possible.

The roots of that style are twofold. For one, Trane used to coach AAU boys basketball. “It’s a fast-paced, open style, score-a-lot type of game. It’s fun. It’s fun for the kids and it’s fun for spectators,” he said.

Plus, that type of basketball suits this team in particular. The Bees won’t have much size — “We’ve always been kind of short,” Hunt said — so they’ll emphasize producing stops, getting out in transition and knocking down shots.

That, Hunt said, represents one similarity between the 2019 team and the upcoming 2020 rendition.

“We were just working so hard on defense to get those fast breaks,” Hunt said. “And boxing out was a really big thing, since we couldn’t really win the boards any way else. Our coach last year really coached us well, to spread out the floor and get our shots where we can, and to run, because our quickness is how we were able to do that last year.”

Erikson’s style of play has stuck around, in other words, but he has not.

In May 2019, Erikson accepted the head coach position at Bonneville. He planned to bring Trane along as a JV assistant, in fact, but within the next couple days, Trane became a bishop at his local church. He also accepted a heavier workload in the heavy-duty truck, trailer parts and service industry.

Things became even more tedious months later. In November, Erikson accepted an offer to become the vice principal at Rigby Middle School. For Erikson, that created a dilemma, because he couldn’t work both jobs at once.

So Erikson made up his mind. He didn’t want the news of his new job to leak and create distractions, so he kept the information mostly to himself. He would coach Bonneville, and at the end of the season, he would inform the players of his departure.

“It was hard on my side, as the year progressed,” Erikson said. “I could feel the weight of leaving. I started feeling sad and those kinds of things because I knew how I was totally enjoying and loving the whole program and Bonneville and everything.”

Under Erikson’s direction, the Bees went on a magical run. They won all 27 games, sure, but they also bonded in ways that made the season even more memorable. They watched two seniors tear their ACLs and return later in the season, read a book together (Jay Bilas’ “Toughness”) and overcame deficits that made their coach feel all but sure they would arrive at the ultimate destination.

Now, those responsibilities shift to a new man. Trane, who lives in Idaho Falls with his wife and five children — one of whom, Talia, will play for her father this season — knows that will not be easy.

Yet the season Bonneville delivered last year wasn’t, either. Plus, Trane feels ready to adapt to the changes to come.

His players are on board, too. That might make all the difference.

“I’m really just going to focus on having a good time with my new team, and new coach,” Hunt said. “He’s going to do a really good job. And he should not be worried.”