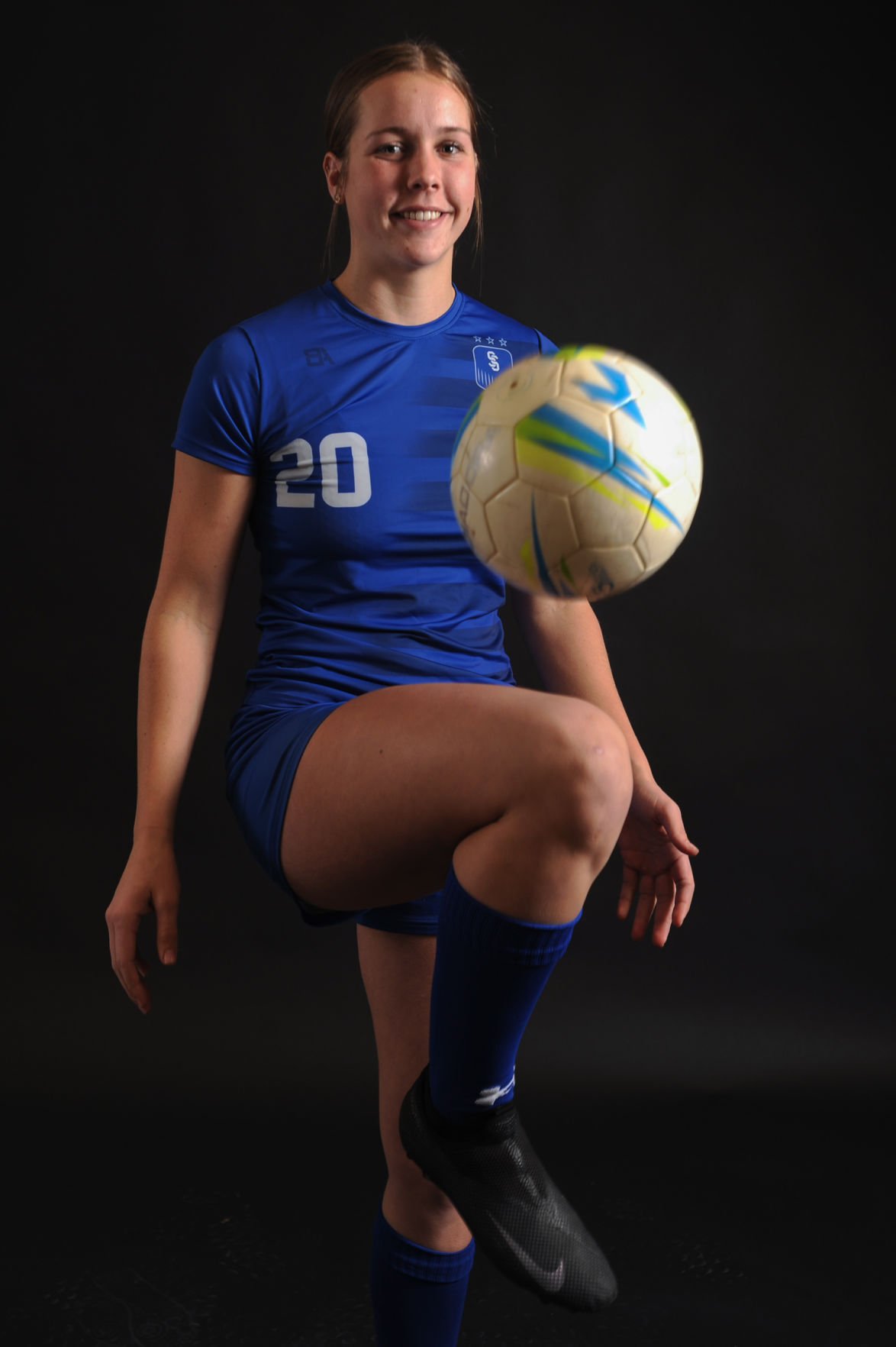 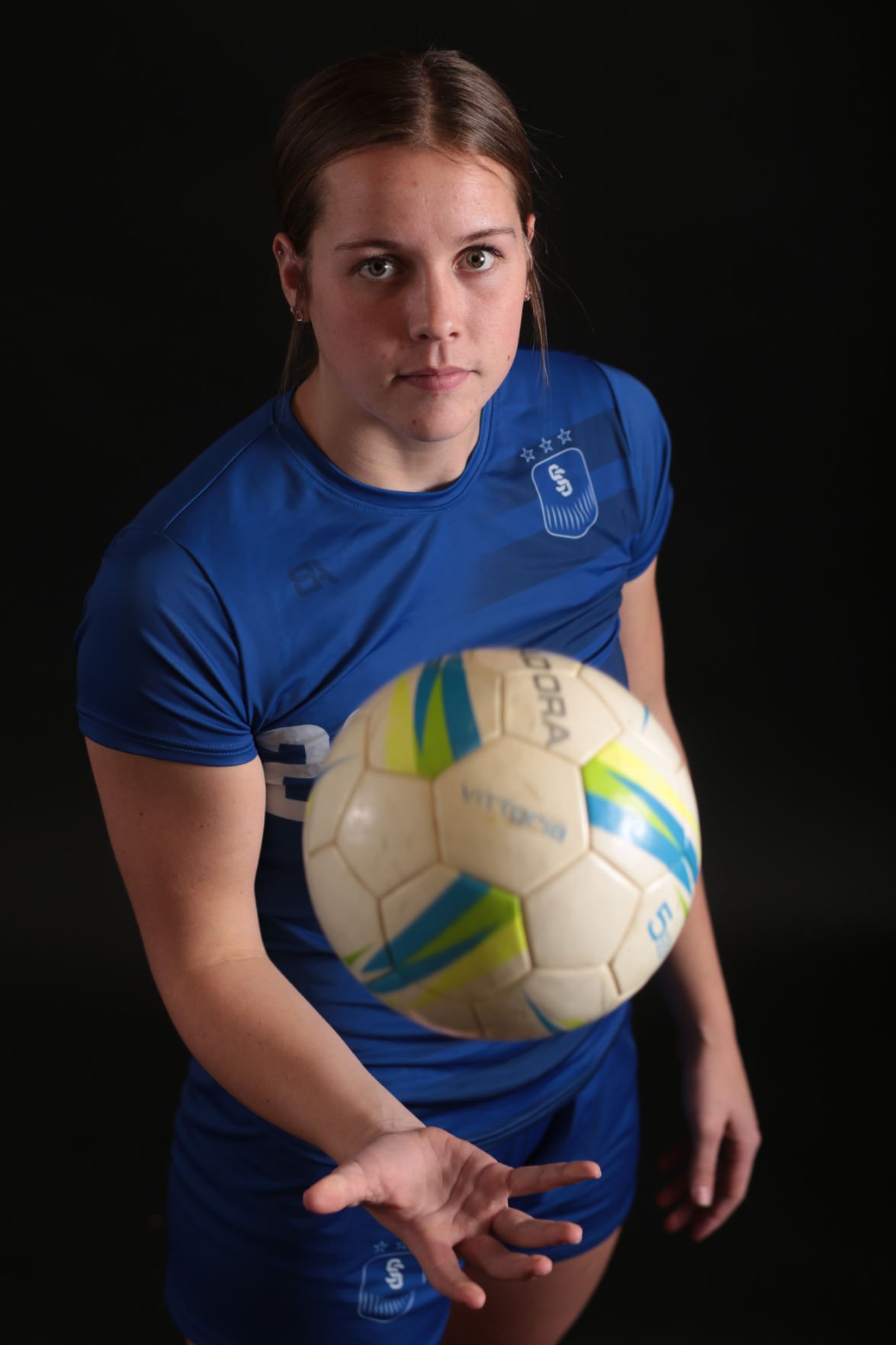 In several ways, Sunny Bennion has been all over. She once lived with her family in Cedar City, Utah, before the family moved to Sugar City, where Bennion became a standout athlete at Sugar-Salem. There, she blossomed into a star on the football team and the softball team — among other teams — but especially on the soccer squad.

On the pitch alone, Bennion has played all over. Throughout her life, she played goalie, but when she joined Sugar-Salem’s team, coaches made her a center-back, citing her size and footwork.

Bennion soon became so good that this season, coaches gave her the freedom to roam the field. Officially she’s a center midfielder, but she plays positionless soccer, drifting around the field and putting pressure on opponents with her presence alone.

At last, though, Bennion found a home this season as the Post Register’s girls soccer all-area player of the year.

She earned the distinction for several reasons, but particularly because she racked up 36 goals and 11 assists, helping the Diggers come one goal away from the 3A state championship. She was man-marked for the second half of the season, she said, but she found ways to average nearly two goals per game.

“I think our team always went as she went,” Sugar-Salem coach Scott Terry said. “When she decided that she was going to pick up the team and carry us on her back, she did it. She took us to great places throughout the year.”

Bennion may deflect the credit, but she can’t deny the impact. Behind Bennion, Sugar-Salem captured a 3A District 6 tournament crown and a spot in the 3A state championship game, where the Diggers fell in double overtime to Coeur d’Alene Charter, which has now won six of the last seven 3A titles.

She couldn’t take Sugar-Salem to the promised land, in other words, but under Coeur d’Alene’s watch, nobody has.

“I was super, super proud of my team,” Bennion said. “We couldn’t have done any better. It’s very frustrating, knowing we went to double overtime with only a minute left. I think we would have had a great chance in PKs, but I am super proud. I look back, and there’s nothing I would have changed.”

Her teammates might agree. Opposing coaches might not. They refer to Bennion by her first name, not because it’s unique, but because she torched their teams.

“She’s just able to control the ball,” Firth coach Marci Dimick said. “Not only does she have an awesome outside shot, but she’s able to look, set up the play, put the ball where it needs to be. She’s just really good. Really, really good.”

“She’s got a great foot,” Teton coach Cathy Thomas said. “I mean, she can boot that ball really well. She’s got a strong kick, but she’s a physical player, too. I have nobody on my team that can match her.”

“She felt like the glue for their team,” South Fremont coach Elise Stowe added. “Her presence just gave their team so much confidence. They played really, really well together.”

Consider that these coaches deployed one player to stick on Bennion, who still managed to contribute in several ways, and her impact crystallizes. She’s one of the best players in the state, but when teams prevent her from scoring, she’s still a threat. She worked with all-state pick Ellie Puzey — “She was able to control the ball and distribute it to other places and be able to look other ways,” Bennion said — to keep the Diggers’ offense humming.

Here is where Bennion becomes the most outspoken. She loves her teammates. She prefers to sing their praises, not her own, which may reveal her philosophy as a teammate. Terry, her head coach, mentioned that he often coached Bennion hard. She liked it.

She has also changed positions several times, which sounds somewhat normal until you consider the details Bennion pointed out. Defenders can sometimes relax. Forwards are constantly attacking. Midfielders find their roles somewhere in between.

“It was a lot of work to get used to that and become able to keep my head up and play it to different players,” Bennion said.

Still, with each position change, Bennion happily accepted and quickly excelled. Perhaps other players would falter in one of those categories. She did not.

“Realizing where my team needed me,” Bennion said. “(Being) willing to do what’s best for the team.”

For that reason, it’s somewhat ironic that Bennion has succeeded in such meaningful ways. She’s a two-time all-state selection. The Mountain Rivers Conference coaches voted her the conference MVP. She doesn’t seem to like talking about much of it.

Bennion’s all-area player of the year honor will live forever, but she has signed with Lower Columbia College in Longview, Washington, to play soccer and softball.

Once again, Sunny Bennion is all over the place.

“The soccer players that I’ve been there and played with, I hope they see that, and they need to get in the weight room and they can put in that extra time, because I think they’ll do so good.”