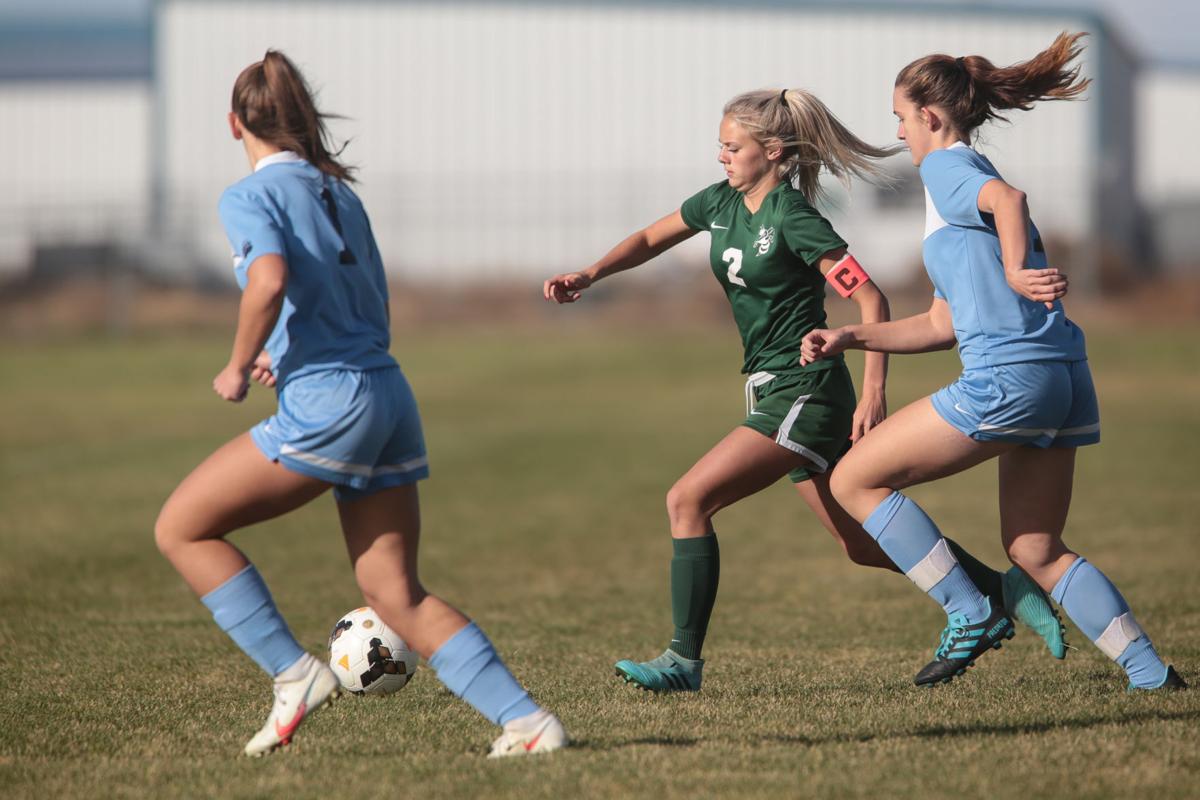 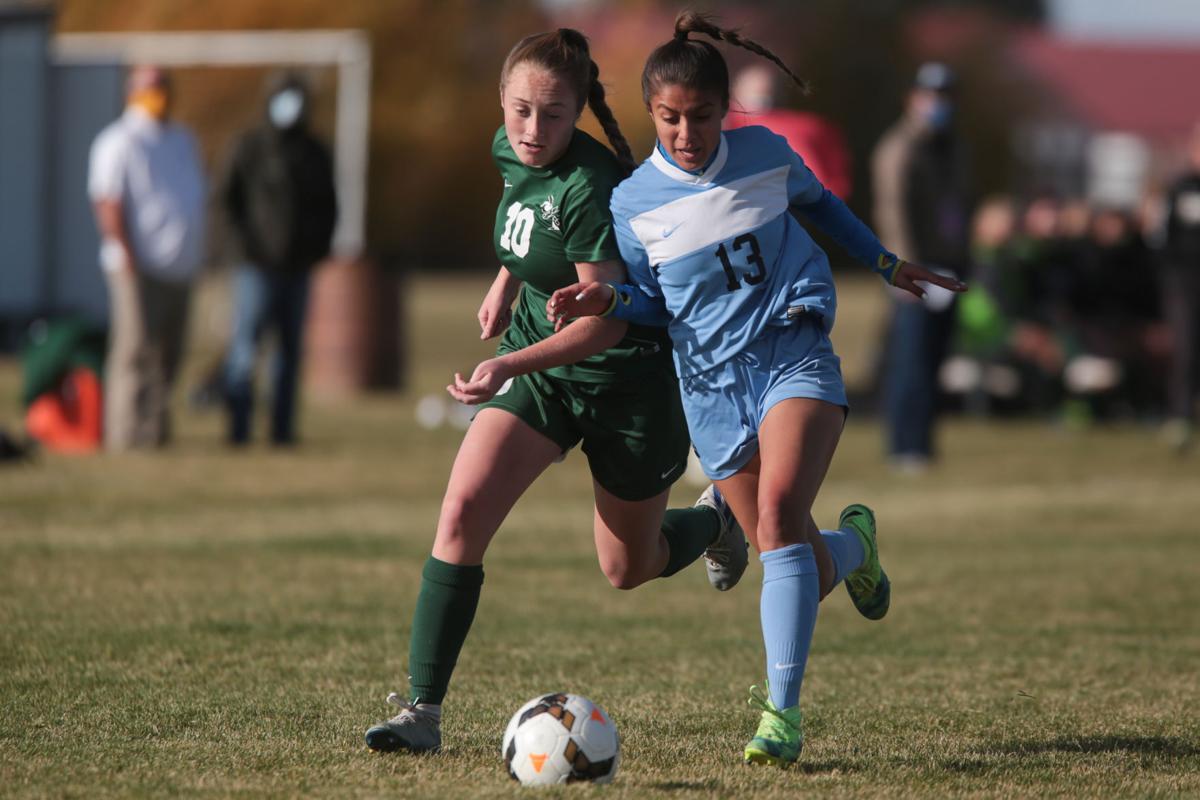 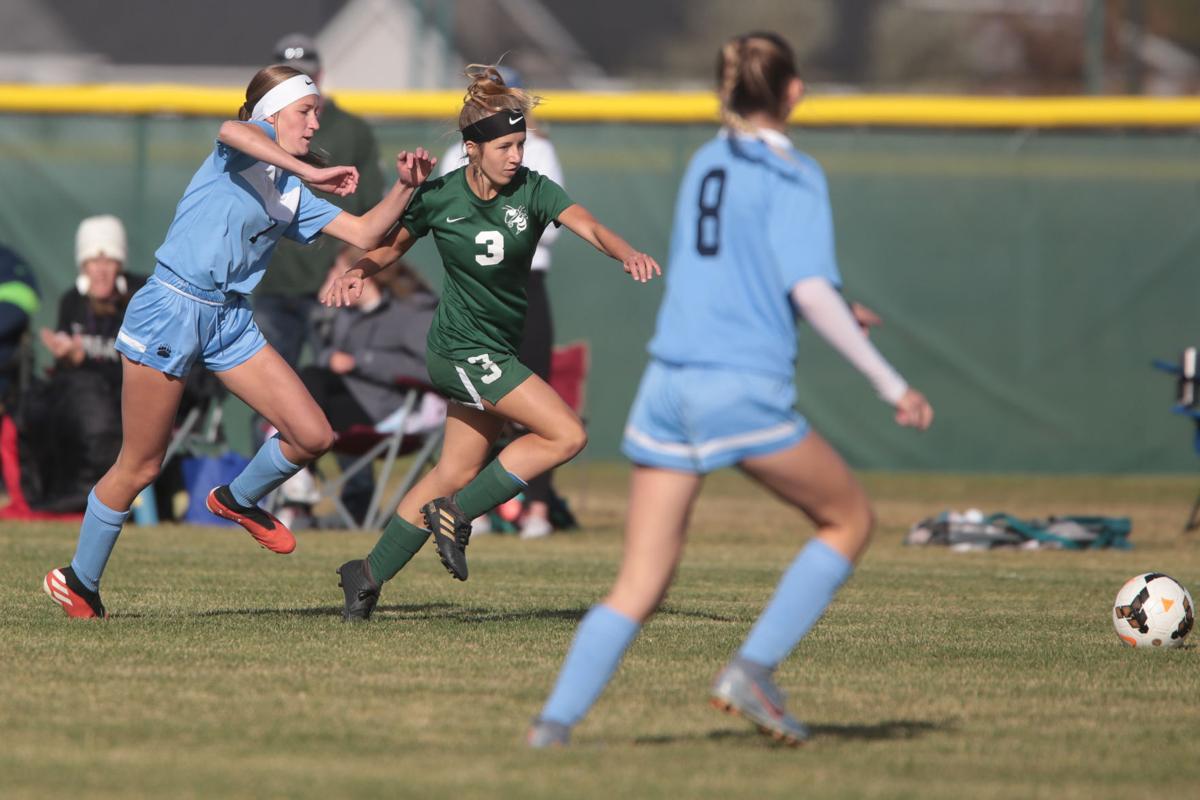 As his Skyline team marched through one of the strangest regular seasons in Idaho sports history, and before it faced Bonneville Wednesday afternoon in the District 6 tournament title game, Kip Archibald noticed a trend emerging.

Skyline’s head coach knew junior Aspen Leatham was a solid player. She was steady and reliable, the kind of player Archibald likes on the outside. She had three goals to her name this season.

“But that run she made was just perfect,” Archibald said.

Leatham picked a good time to make it.

In the opening minutes of Wednesday’s 2-2 overtime session, Leatham streaked across the right side of the field, waiting for a pass. Junior Tasha Miller delivered, placing it right in Leatham’s wheelhouse as she closed in.

Nearly horizontal with the goal, Leatham booted it to her left. It sailed past Bonneville goalkeeper Jazmin Barrientos.

Skyline punched its fourth-straight ticket to the 4A state tournament in part because Leatham threaded the game-winning goal in Skyline’s 3-2 win over Bonneville, securing the Grizzlies’ second-straight appearance at state.

Bonneville will face Shelley in Thursday’s consolation game. The winner will advance to the state tournament play-in game.

Leatham’s goal capped Skyline’s win, but so much more went into the circumstances. These teams played in this district tournament title game last season. Skyline won that game, too, but Bonneville responded by recording a 2020 regular season that Feik called “historic,” at one point going more than a month without a loss.

So this game featured two teams that were, in a sense, on a collision course with each other.

For so long during the game, though, Bonneville was the one that looked great.

The Grizzlies (9-4-2) spent the first 75 minutes of the game trailing 1-0, trying to match the goal Bonneville junior Kylie Coles scored in the 35th minute. Things seemed dire for the Grizzlies, who had racked up a dozen shots and converted exactly none of them.

But as regulation creeped under five minutes, Coles was called for a foul in the box, handing Skyline a penalty kick. Sophomore Jaqueline Trejo took advantage, tying things at 1-1.

Moments later, Bonneville (13-3-2) drew its own foul, which resulted in another penalty kick. Brooklyn Pett cashed in. The Bees took a 2-1 lead.

Then, in the final moments of regulation, officials whistled Bonneville senior Kenzie Pugmire for a foul in the box. That meant another Skyline penalty kick. Trejo scored again, knotting the game at 2-2 and sending it to overtime.

“I was just so excited,” Leatham said, laughing. “I don’t know. My emotions are everywhere.”

For Bonneville, though, the loss felt frustrating. The Bees scored early, protected the lead and came some five minutes away from securing a spot at state. They did nearly everything right. Nearly.

They even weathered injury. Early in the second half, sophomore Reagan Flynn came out of the game, trotting over to the sideline with a bloody nose. She worked with trainers and teammates to return to the game.

The Bees did not.

Their season isn’t over, though, and Feik likes their chances on Thursday. Bonneville’s opponent will be Shelley. The Bees own wins of 9-0 and 7-0 over the Russets this year, and besides, Bonneville has yet to lose two straight games.

That, Feik said, will give this Bonneville group confidence. Anything can happen in the postseason, she added, but the Bees have now learned that lesson the hard way.

They plan to change accordingly and give themselves a chance to make another appearance in the state tournament.

“If anything, it’s just going to make them hungry,” Feik said. “And angry.”