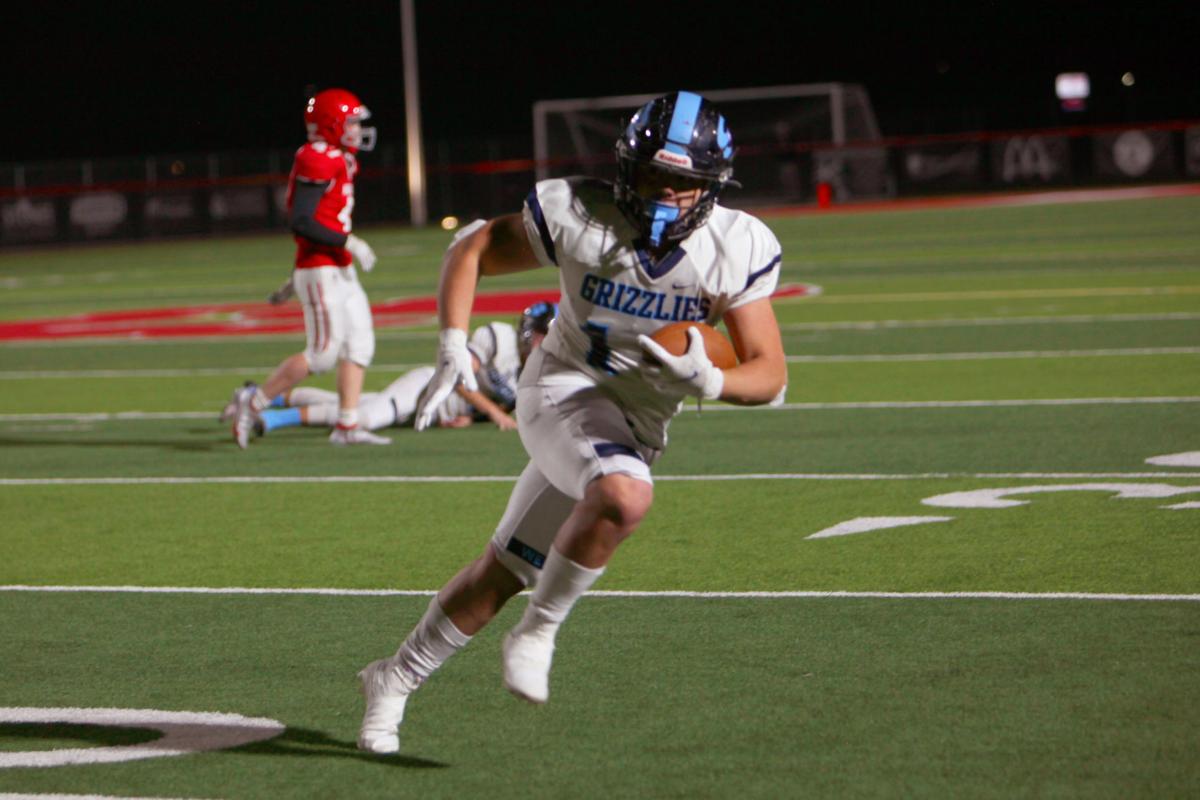 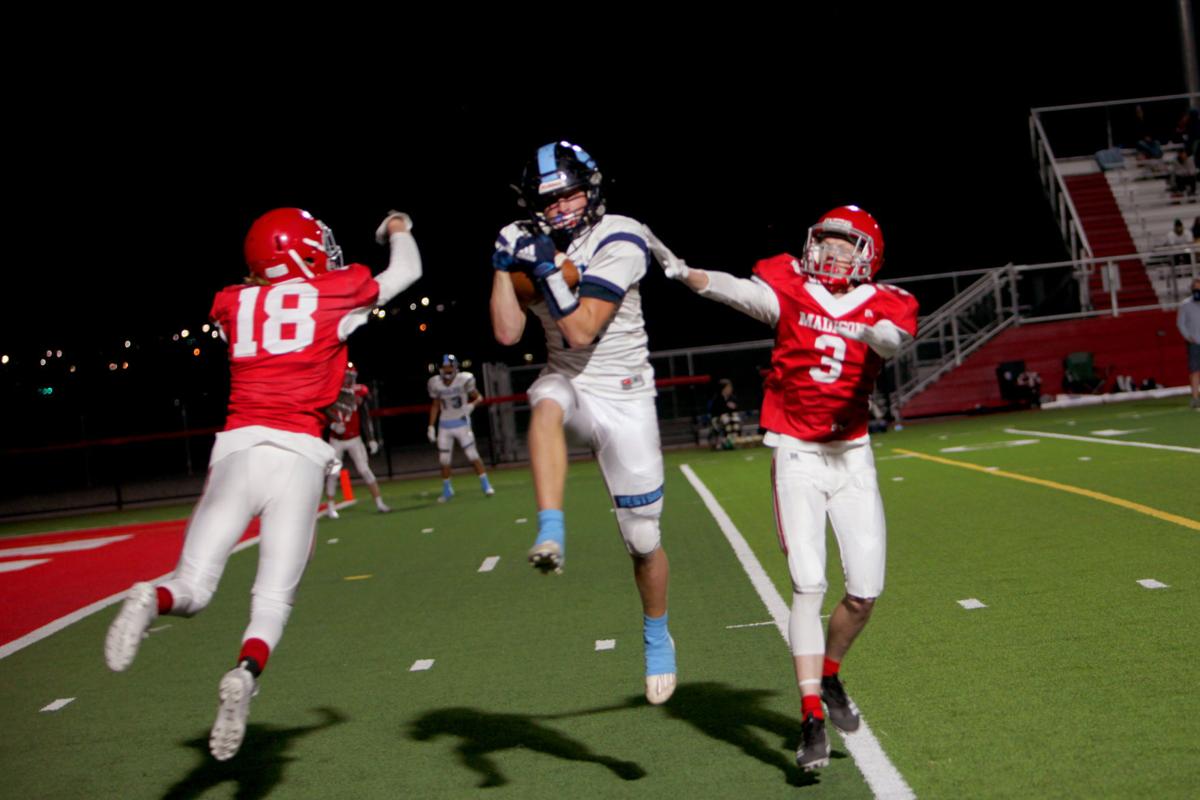 Skyline receiver Connor Maloney hauls in a pass against Madison on Oct. 2.

Skyline receiver Connor Maloney hauls in a pass against Madison on Oct. 2.

At Madison, Skyline dispatched the Bobcats in a 46-15 win.

The Grizzlies, who bolted out to a 21-0 lead, won in part because quarterback Cade Marlow completed 16 of 20 passes for 217 yards and four touchdowns. He also carried twice for 18 yards.

For that reason, Skyline took a 34-7 lead into halftime and moved to 5-1 on the season.

Skyline's next matchup is a big one: Against Idaho Falls in the Emotion Bowl, set for 4 p.m. Oct. 10.

SUGAR-SALEM 34, PRESTON 22: At Preston, Sugar-Salem moved to a spotless 5-0 record with a 34-22 road win Friday night over Preston.

The Diggers raced to a 20-0 halftime lead, which gave them the luxury of allowing the Indians to record two touchdowns in the fourth quarter.

Quarterback Kyzon Garner completed 10 of 11 passes for 217 yards and three touchdowns for the Diggers, who also enjoyed running back Ryan Harris' 14 carries for 118 yards and a touchdown.

For one of Sugar-Salem's final scores, Garner found Kendle Harris for 65 yards and a touchdown, ballooning the visitors' lead to 27-7.

Wyatt Harris capped the scoring for the Diggers, scoring on the ground from 20 yards out.

Preston responded with two passing touchdowns, but it wasn't enough.

Sugar-Salem will kick off conference competition when it hosts Teton on Oct. 9.

WATERSPRINGS 54, CHALLIS 8: At Watersprings, the Warriors had few issues taking care of Challis, cruising to a blowout win.

Watersprings, which led 34-0 at halftime, got 200 yards rushing from Matt Almgren and 100 passing from Jrew Plocher.

The Warriors (3-2, 1-0) will now turn their attention to an Oct. 16 home matchup with North Gem, which will decide the 1A-D2 Rocky Mountain Conference champion.

The conference is playing this year without Mackay, which had its season canceled over COVID-19 concerns, and Sho-Ban, which didn't play a season because it couldn't find a coach.