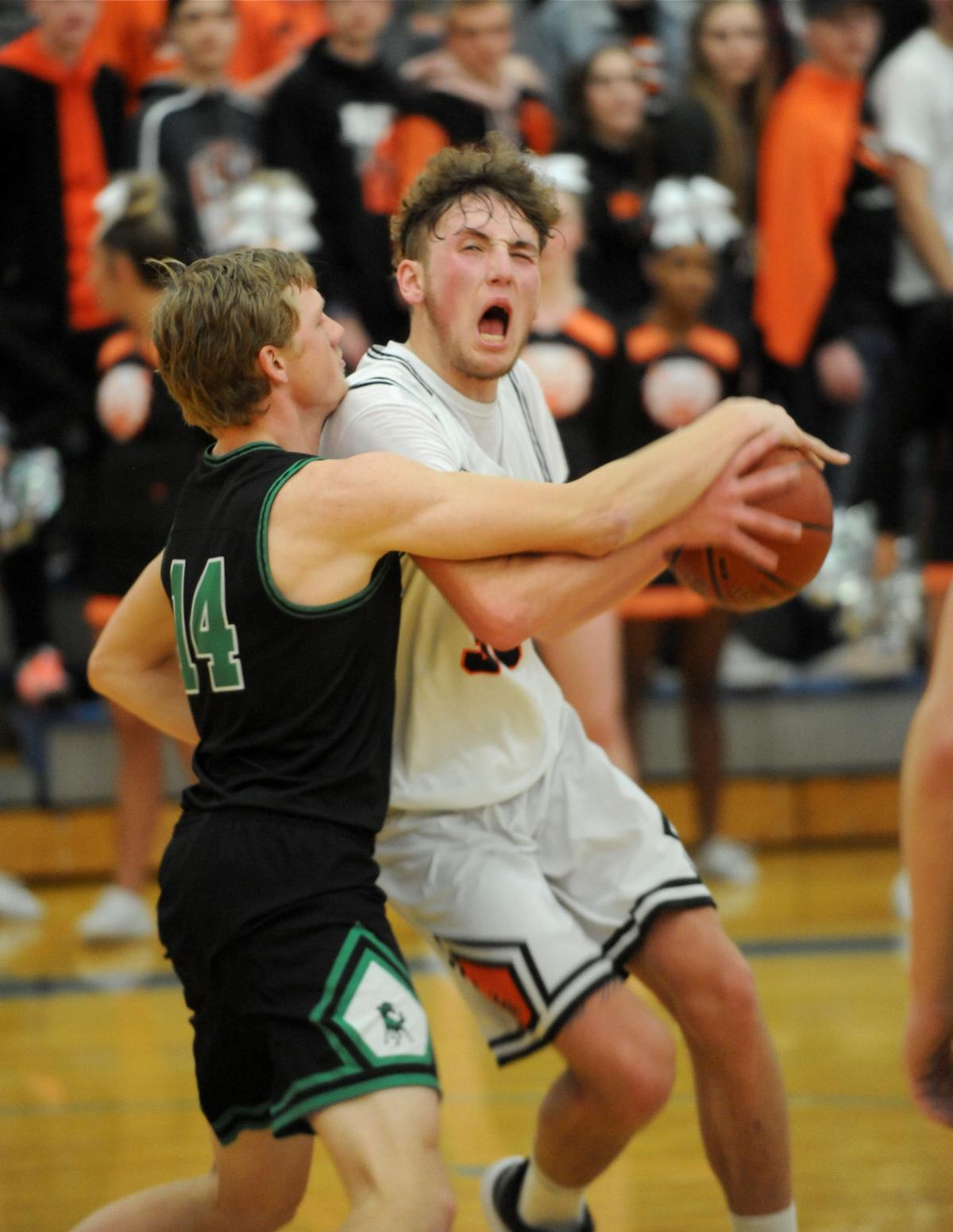 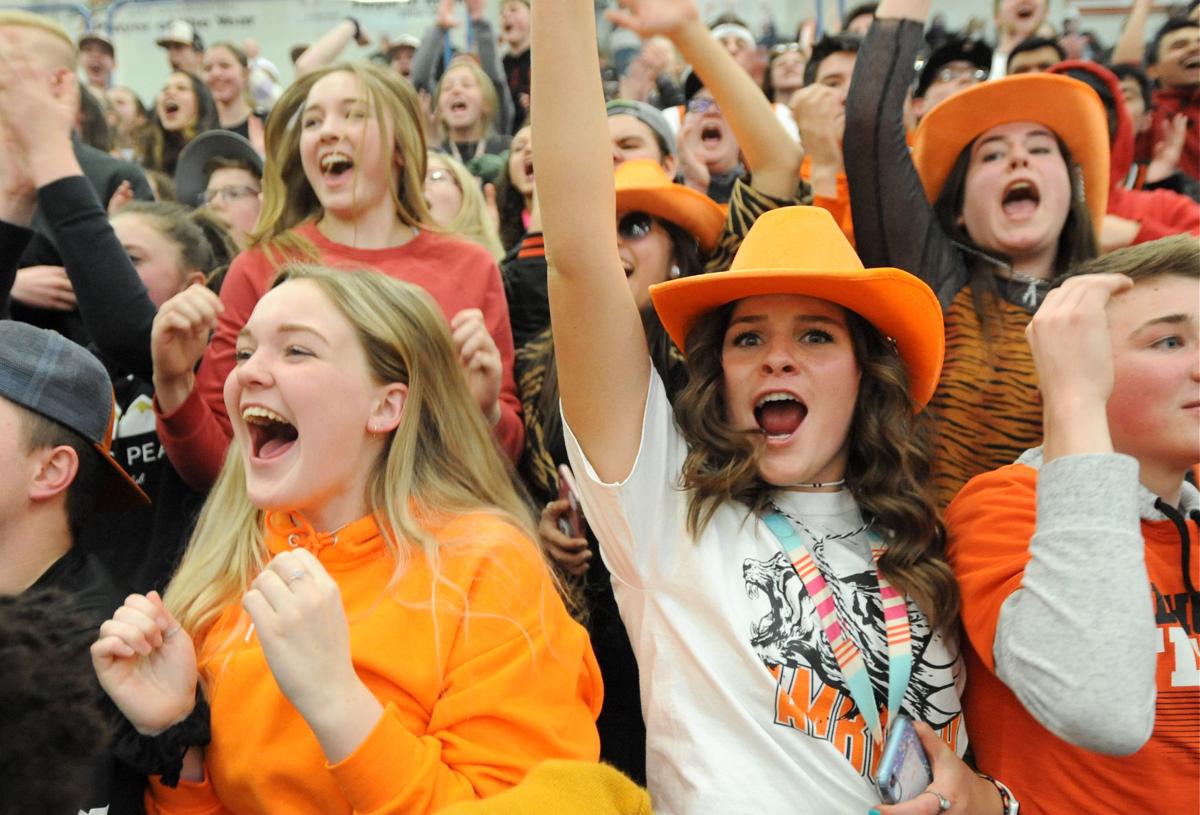 Idaho Falls students erupt in overtime as the Tigers won the game 61-55 in overtime, forcing a final game for the District title Saturday at Bonneville High School.

Idaho Falls students erupt in overtime as the Tigers won the game 61-55 in overtime, forcing a final game for the District title Saturday at Bonneville High School.

The 4A District 6 boys basketball trophy remains unclaimed. At least for another 48 hours or so.

Blackfoot had a chance Thursday to add some bling to its trophy case, but defending champion Idaho Falls wasn’t ready to give it up just yet.

The Tigers led most of the way, then had to hold off a fourth-quarter charge by the Broncos. Blackfoot tied the game to force overtime, but the extra frame was all Tigers as they held on for a 61-55 win to force an if-necessary game on Saturday for the district title and the conference’s top seed at next week’s state tournament.

Both teams had already earned berths to the state tournament, but the fierceness of Thursday’s matchup looked like the Tigers and Broncos have already tuned up for the postseason.

“We’re trying to get the No. 1 seed,” said Idaho Falls senior Keynion Clark, who finished with 23 points and 18 rebounds. “I felt like the game was very intense … we just want to finish strong.”

Blackfoot was in the driver’s seat after beating Idaho Falls on Monday. The Tigers edged Hillcrest by a point in Tuesday’s elimination game just to get another chance at the Broncos and the rematch didn’t disappoint.

Idaho Falls (19-5) took a 42-35 advantage into the fourth quarter. The key matchup between the Broncos’ guards and the size mismatch with the 6-foot-6 Clark played out as expected.

Clark was able to get inside and was instrumental in the Tigers’ rebounding edge.

Even so, Blackfoot kept within reach and then opened the fourth quarter on a 13-3 run, with Jett Shelley’s 3-pointer giving the Broncos a 46-45 lead to force an I.F. timeout with 4:16 left.

“I was real proud of our resilience in the fourth quarter,” Blackfoot coach Cody Shelley said. “We gave ourselves a chance to win the game. I thought both teams played like a state tournament berth was on the line.”

The Broncos (11-12) led 52-50 after Isiah Thomas stole the ball and was fouled going to the basket. He connected on one of two free throws with 39 seconds left, but the Tigers called timeout to work for the last shot. A tipped ball ended up in the hands of Dylan Seeley, who knocked down a short jumper to tie the game with 12 seconds left.

Blackfoot missed free throws in the closing seconds and Jaxon Sorenson’s shot at the buzzer missed for Idaho Falls, setting up the overtime.

The Tigers took the early lead and closed it out a the free-throw line with Ryan Farnsworth hitting four straight free throws to give I.F. a seven point lead in the final minute.

Idaho Falls coach Howard Hart said the intensity level for the district tournament wasn’t quite up to par for the Tigers, but that changed on Thursday.

“Part of that is other teams are bringing everything they have,” Hart said, noting he expected the Broncos to make run. “We just had to make a couple of adjustments to see if we couldn’t get something here and there to get some confidence back.”