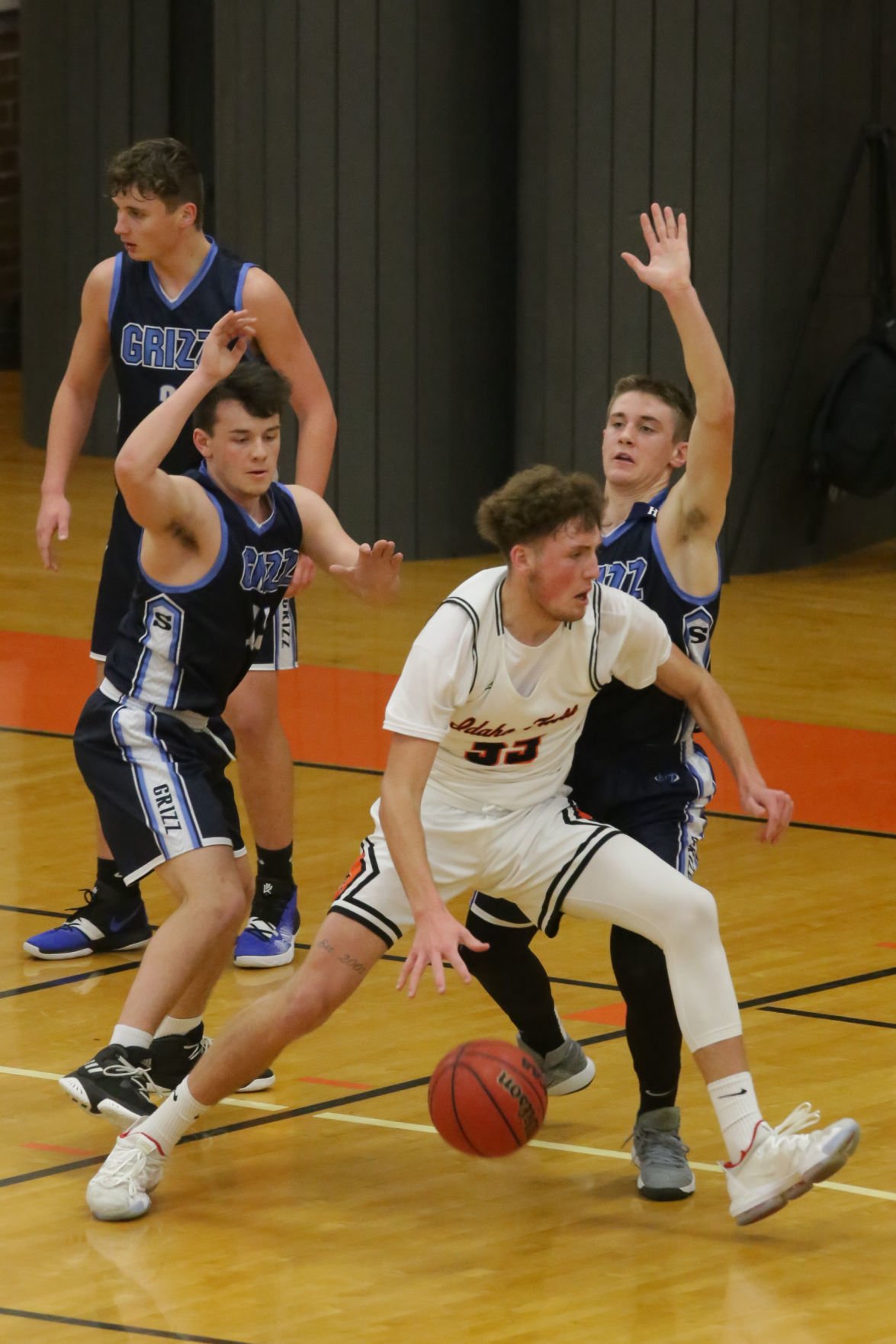 Keynion Clark works against Skyline defenders during Thursday’s game at Idaho Falls. Clark finished with 18 points and 14 rebounds in a double-overtime win. 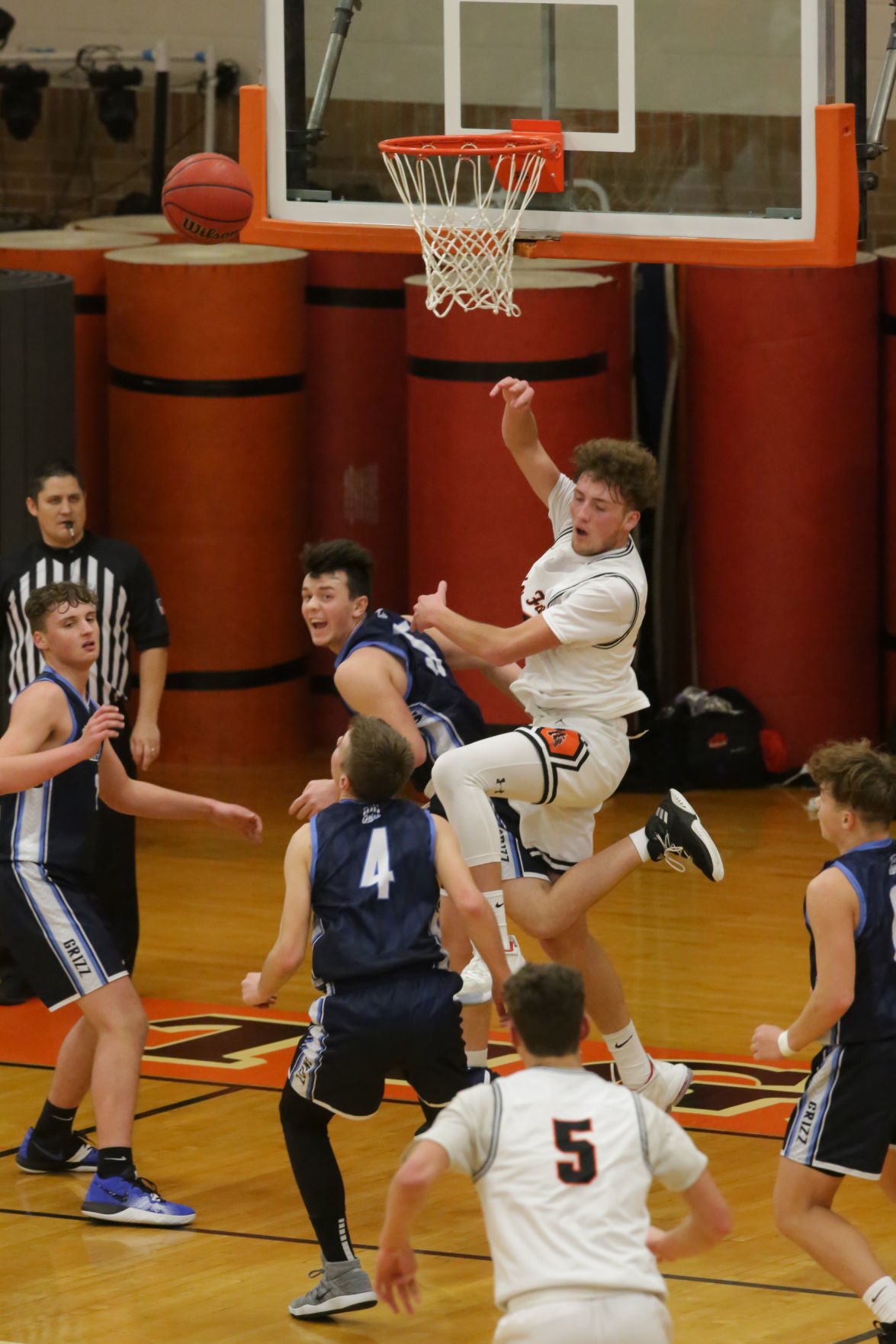 Keynion Clark makes a pass under the basket against Skyline.

Keynion Clark works against Skyline defenders during Thursday’s game at Idaho Falls. Clark finished with 18 points and 14 rebounds in a double-overtime win.

Keynion Clark makes a pass under the basket against Skyline.

After a senior-laden lineup led the Tigers on an historic 4A state championship run a year ago, Idaho Falls entered the new season with plenty of spots to fill and even more uncertainty about whether the new team had the pieces or experience to challenge the top teams in the state.

Like every coach entering a new season, Howard Hart was cautiously optimistic, noting new players had to step up and everyone had roles to define and success couldn’t really be measured by last year’s team.

So, a month into the season, let’s take a look at the Tigers.

Coming off a wild double-overtime win over rival Skyline on Thursday, Idaho Falls entered the weekend 7-1 and atop the 4A District 6 standings at 3-0. The Tigers cracked the state 4A media poll at No. 4 last week.

In the middle of all the action has been Keynion Clark. The 6-foot-6 senior has emerged as the Tigers’ top scorer and rebounder and is a solid defender and shot blocker. Clark had plenty of minutes last season, but his role was different. His focus was defense, and while improving his offense as the season went along, he was far from the go-to threat.

“He didn’t have to be that,” Hart said, adding the senior-dominated lineup had plenty of scoring options and size, so Clark’s role was to be a piece in a talented lineup.

“He has to be one of the two options night-in and night-out,” Hart said. “He has to score for us, rebound for us. He still has to defend for us.”

Clark, who averaged 6.96 points and 3.3 rebounds last year, began the season knowing his role would expand. The team graduated a strong front line in 6-10 Paul Wilson and 6-6 Braxton Ball, and also lost plenty of scoring punch.

“People know we lost a lot, but we’re out here trying to prove we can still win and compete on the same level we did last year,” Clark said. “That’s the end goal.”

Clark entered Saturday averaging 20.4 points, 10.4 rebounds and leads the team in blocks. He’s also shooting 61 percent from the field and is second on the team at three assists per game.

That last stat might end up being the most important, Hart said.

As Clark continues to emerge as the go-to player, defenses have taken notice and made adjustments. If he’s doubled or tripled inside, Clark has the ability to pass out to open teammates.

“I have confidence in my teammates to knock down that shot,” Clark said.

Idaho Falls averages more than 61 points per game and has outrebounded opponents, despite being a smaller overall team than a year ago.

“I think we’re a lot faster,” Clark said. “We can get up and down the floor.”

Clark’s size and athleticism make him a tough matchup for opponents.

“He can play face to the basket or back to the basket,” Hart said. “It’s pretty hard to defend somebody who can play both ways really well.”

While Clark’s emergence has been a welcomed storyline, the Tigers are far from a one-man team.

Jaxon Sorenson averages 13.4 points and 5.5 rebounds and leads the team in assists. Ryan Farnsworth, Dylan Seeley and Spencer Moore all played on the championship team as underclassmen and have worked their way into the starting lineup this year.

“It’s always the same goal, trying to win,” Clark said. “You want to go back to where we were last year, the state championship. That’s the ultimate goal.”